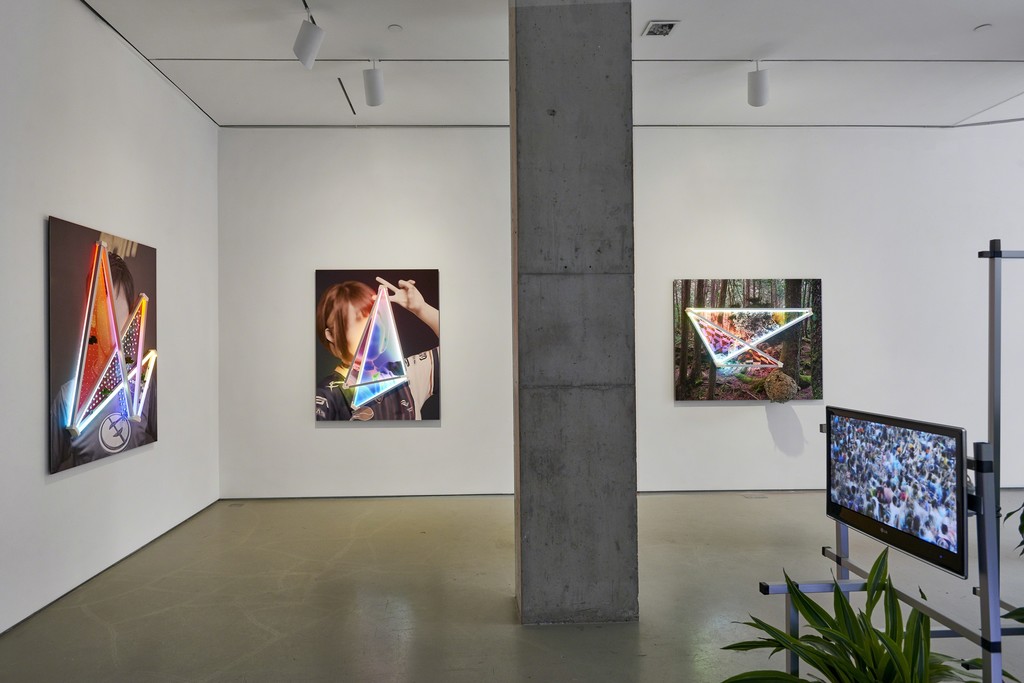 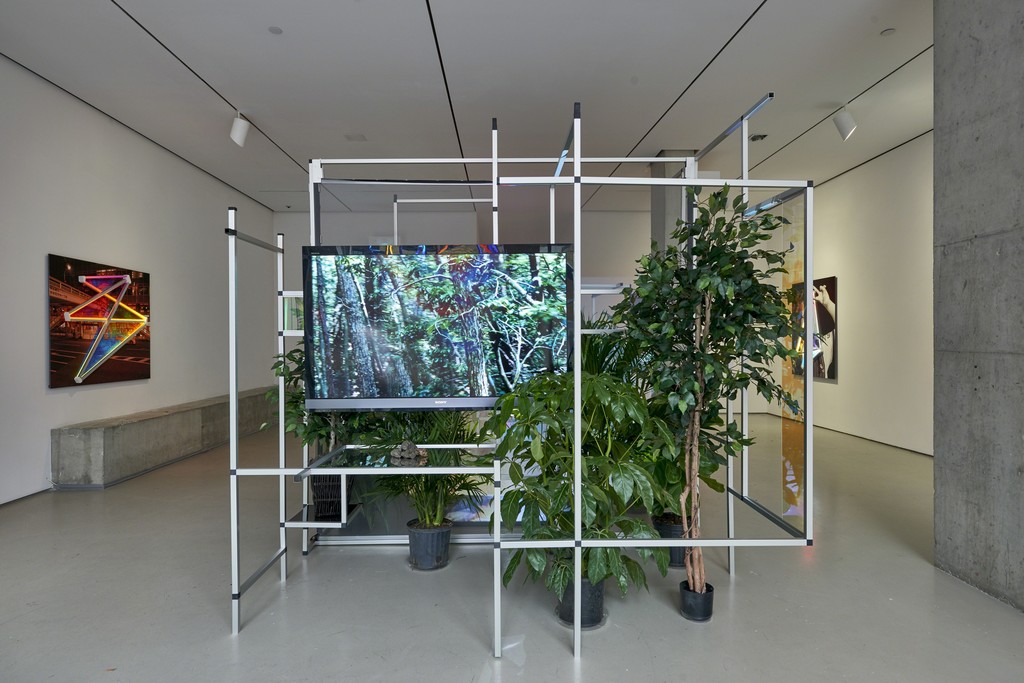 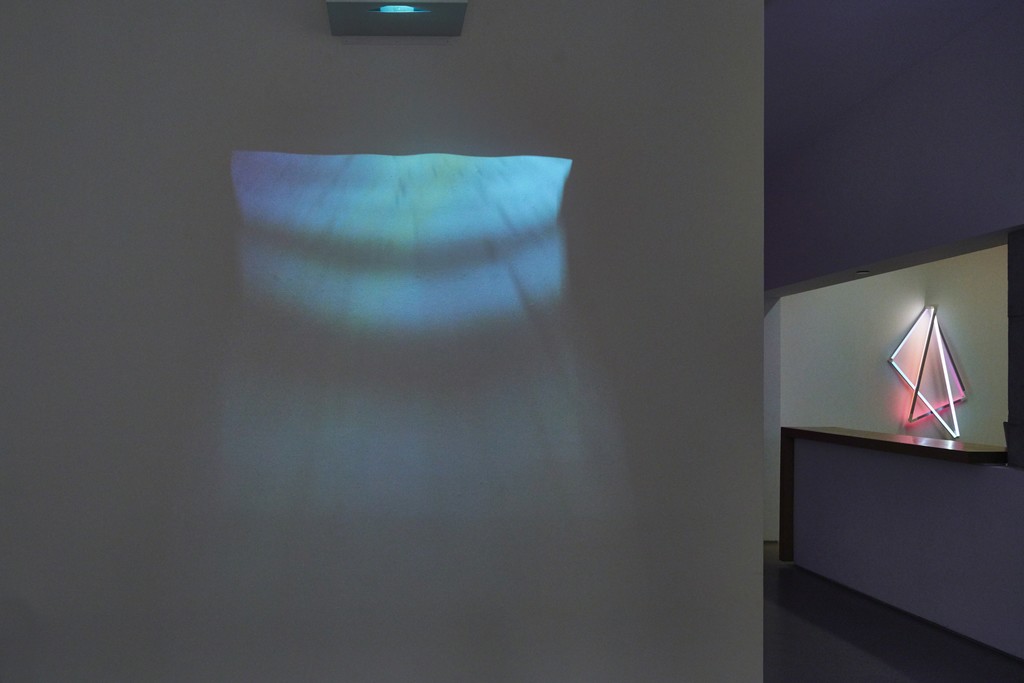 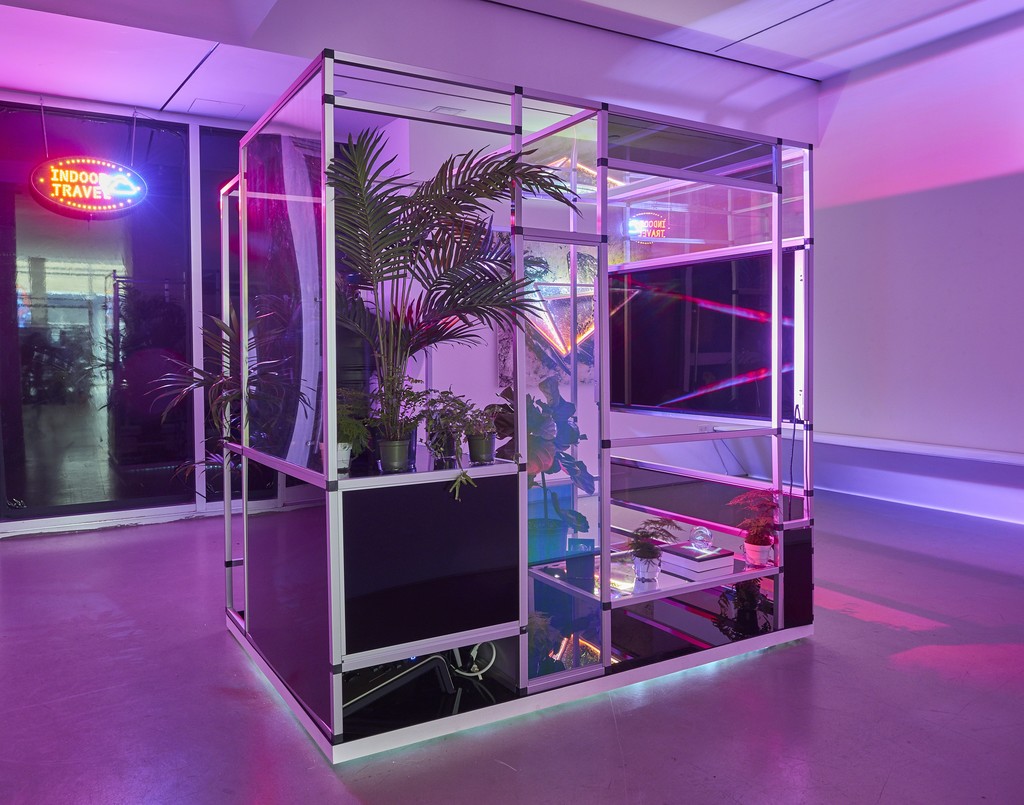 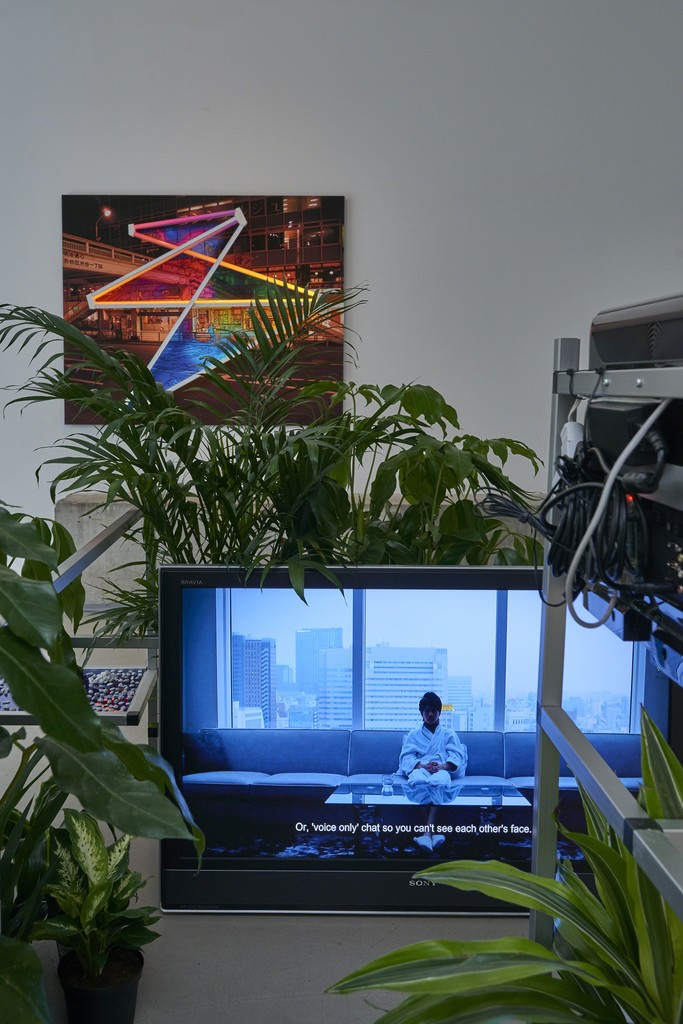 Dissociation and the fragmentation of reality through technology are the subjects of investigation in James Clar’s exhibition, "The World Never Ends." Opening September 6, 2018 at Jane Lombard Gallery, Clar creates an immersive multimedia installation that embraces and opens wide the blurred boundaries of the tangible and the metaphysical. It explores the notions of reality, virtual-reality, and ponders if in our technologically intertwined world, a new form of reality is taking shape.

The central installation in the exhibition is a multi-channel video projection entitled "Tibetan Book of the Dead (Chapters 1, 2, 3)" 2018. In this environment the videos are distorted and mixed through an installation structure that includes elements of lights, water, and forest vegetation. The distortions in the projection mix the videos together like a visual dreamscape, or a dream of the forest. The title of the installation comes from the book of the same name describing the experiences consciousness has in the period after death and the next rebirth.

One of the videos was shot in 2017 at the fabled Aokigahara, aka Sea of Trees or Suicide Forest, in Japan near Mount Fuji. For centuries, it has been a place where people have chosen to leave society and end their lives. They come there, sometimes for weeks beforehand, to meditate and contemplate a post-physical existence. To Clar, the forest represents a realm between the real (physical) and the spiritual (metaphysical). The video is an eerie series of shots featuring a figure wandering the forest. Edited frame by frame while using Photoshop’s Content Aware filter, it becomes difficult to discern the corporeal being from the lushness of the forest. However, the limitations of the software does not create a flawless edit, resulting in an unearthly effect of a roaming specter or a ghost.

The second video in the installation investigates the intersection of documentary and narrative structure. In a series of poignant and personal interviews with some of Japan’s premier professional video game players, Clar created deliberate environments in which these interviews take place. The players were told to imagine themselves living in a future with e-sports being a long established industry. In these storylines, they have traveled to another city and are relaxing after a big match. They talk earnestly to the interviewer about the mental challenges of gaming, practicing from 2 pm to 6 am daily, what reality means to them, and how the videogames filter into their subconscious at night. They speak as themselves, while at the same time existing in a fictional narrative environment.

James Clar is an American artist of Filipino descent (b. 1979, Wisconsin, USA). He studied Film and Animation at New York University and received his Masters at NYU’s Interactive Telecommunications Program. His work explores the conceptual and narrative potential of light and technology. As an extension of the visual systems of film and television, he gravitates towards lights, LEDs, and technology systems, but often applied in a critical discourse these technologies have on our perception and reality.

Clar was an artist in residence at Eyebeam Atelier in New York, Fabrica in Italy, and the FedEx Institute of Technology/Lantana Projects in Memphis. His artwork has been included in the Chanel Mobile Art exhibition (Tokyo), The New Museum (New York), 21c Museum Hotel (Oklahoma City), Bouroson Contemporary (Istanbul), Para Museum (Istanbul), MACBA (Barcelona), The Somerset House (UK), and Museum on Seam (Jerusalem).