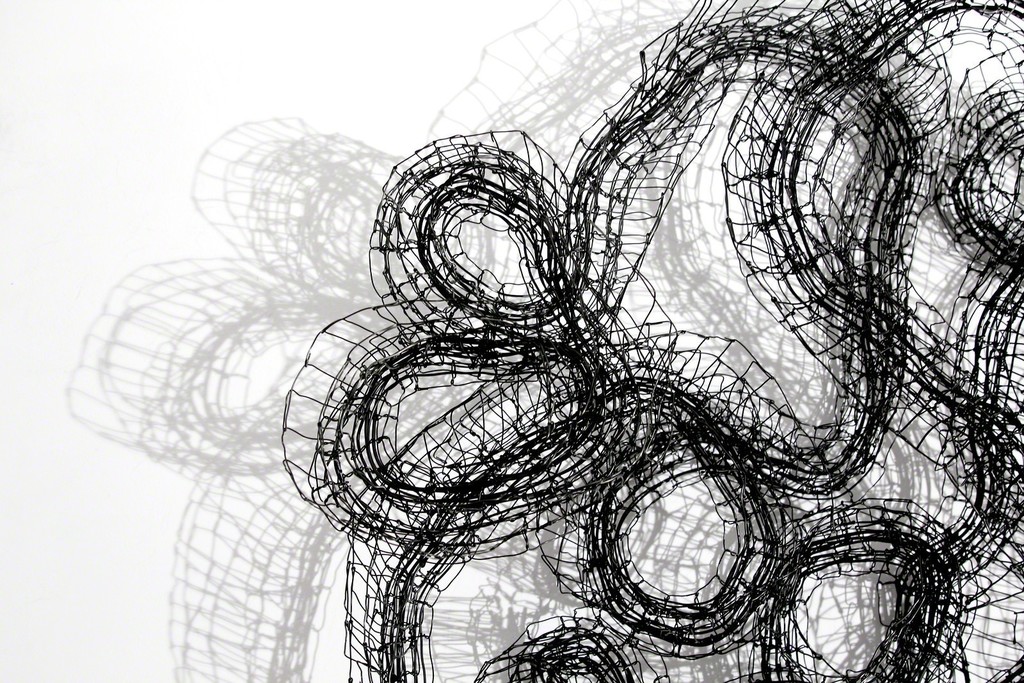 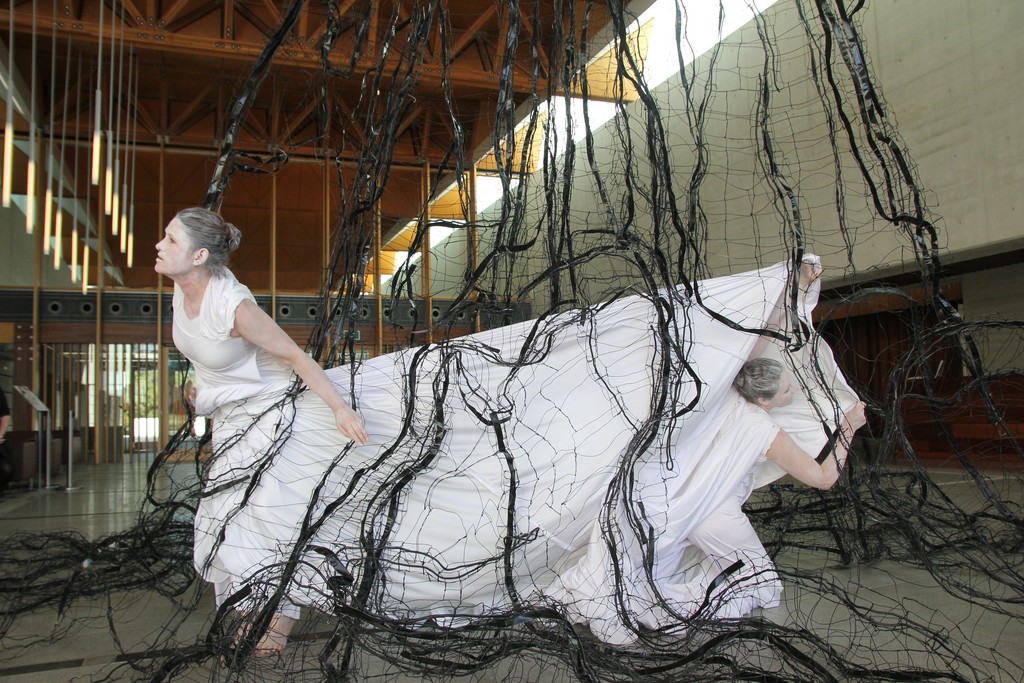 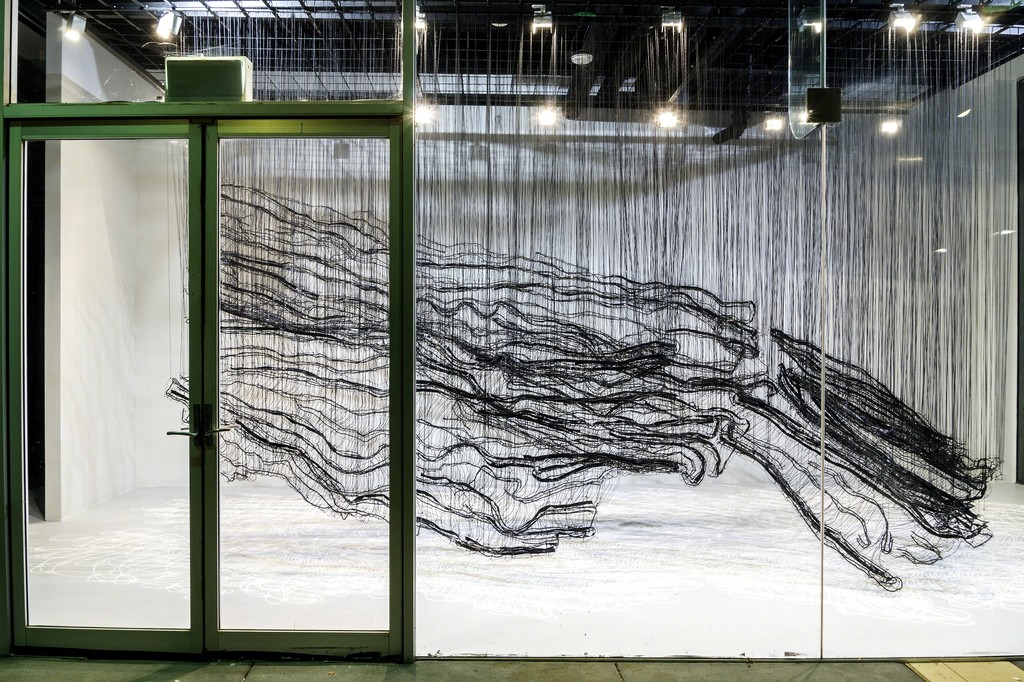 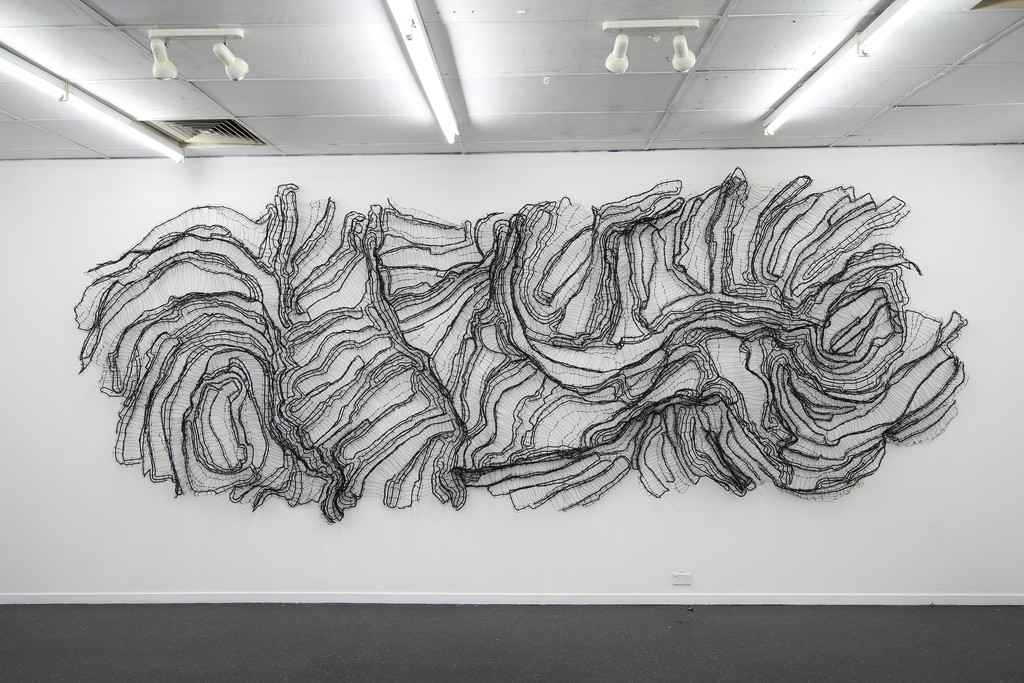 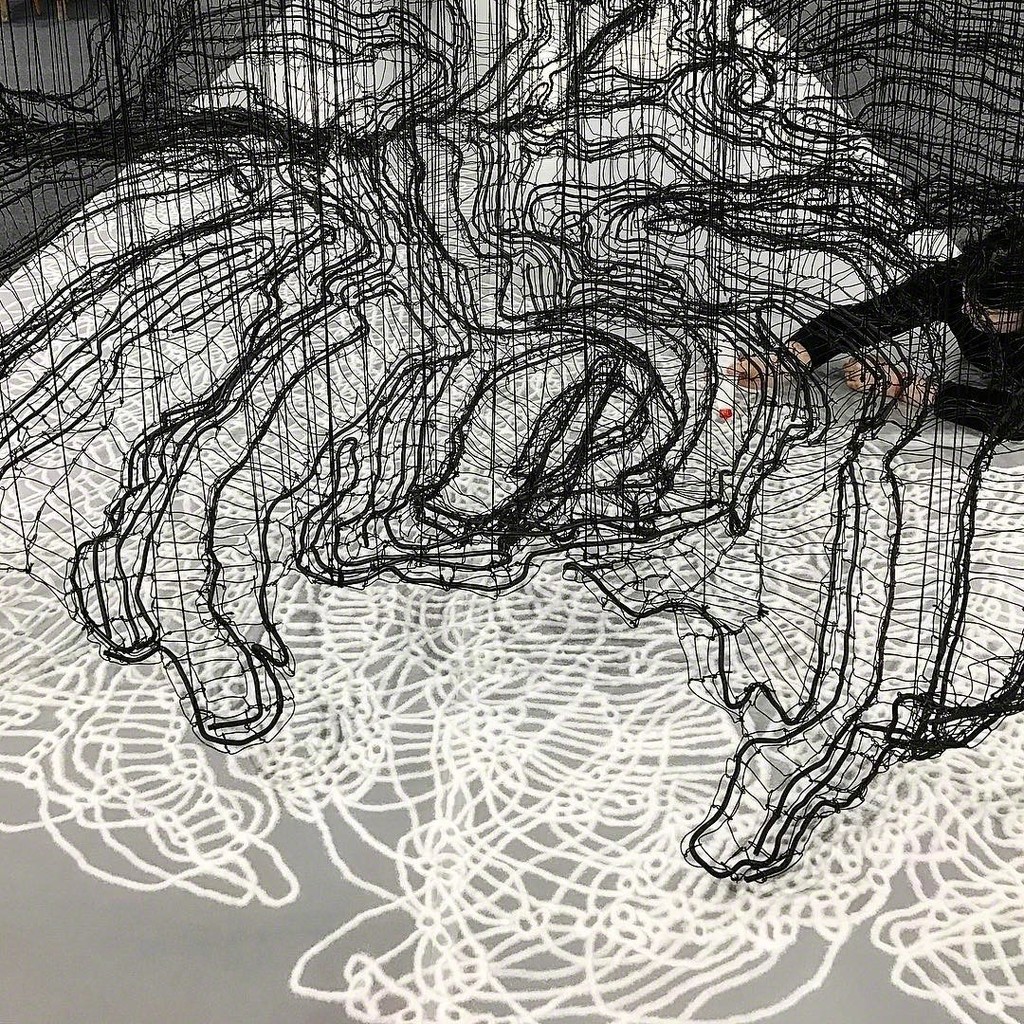 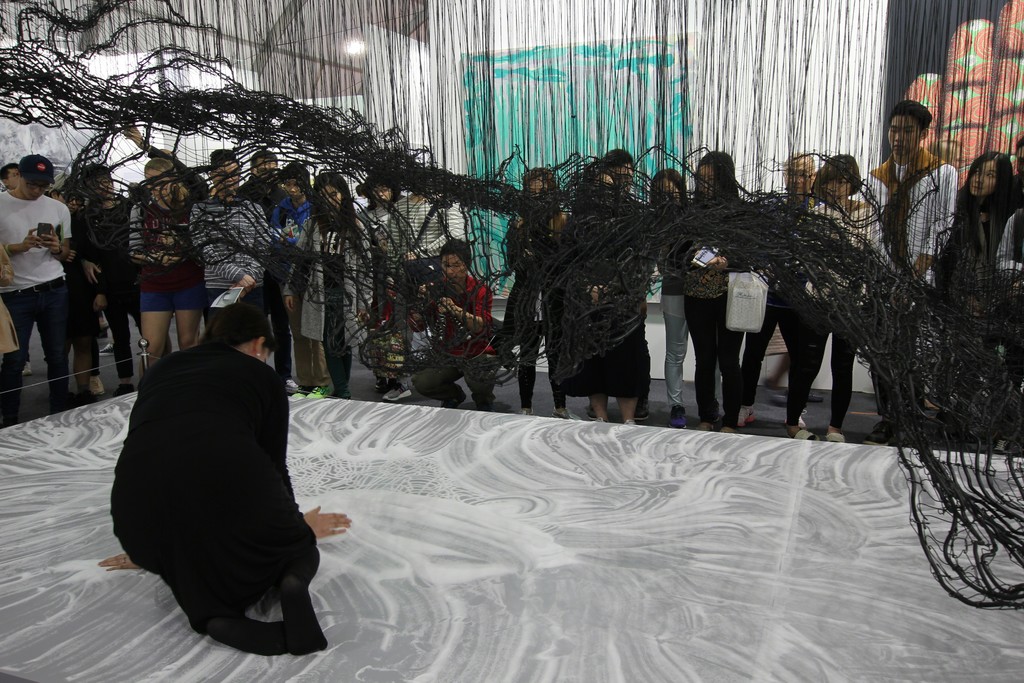 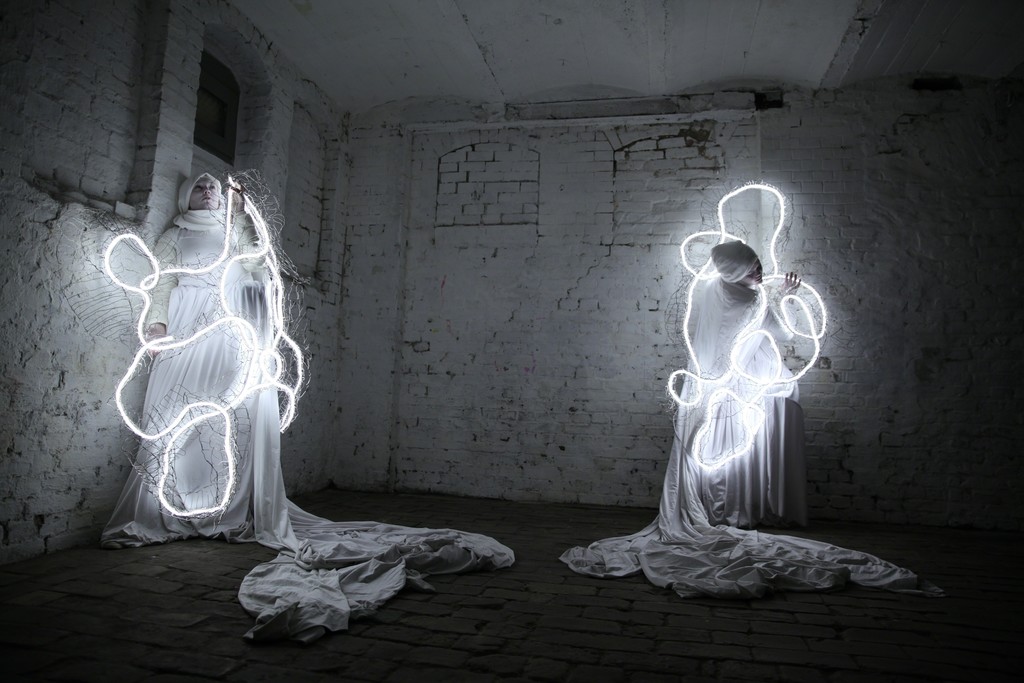 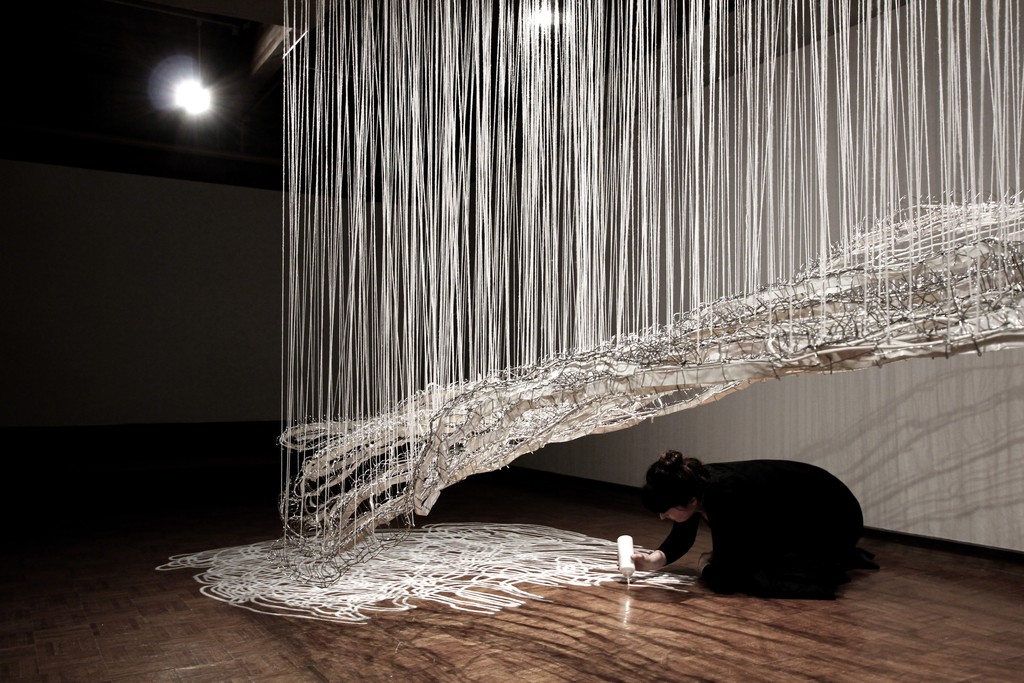 Best known for her work within the movement of experimental drawing, Quinlivan expands upon the medium to create drawings that employ wire, steel, salt, yarn, shadow, and LED light, constantly evolving and dissecting the elements of a drawing to investigate the confines of the line itself. Twisted wire structures are the basis for her shadow drawings, which Quinlivan later develops further into sculptures; 2D drawings turn into 3D drawings, that are then turned back into 2D drawings. With a deep commitment to the exploration of and innate response to her materials, Quinlivan composes lyrical artworks that stitch together a response to the passing of time. Each element of the work is endlessly translated into an infinite looping web; traveling through our consciousness and drawing attention to the subjectivity of the phenomena of recollection and forgetting.

impulses, restraints, tones exhibits brand new “Spatial Drawings,” as well as two delicate, yet powerful, site-specific and interactive installations that respond to the gallery space and flux of bodies within it. The well-known “Spatial Drawings” walk the line between sculptural weaving and graphic mark making and explores concepts of temporal reality and memory. Quinlivan’s “Spatial Drawings” performance develops from wire armatures suspended from the ceiling. The shadows of these wire armatures are the basis for Quinlivan’s live and in-person crystalline salt drawings that will be developed over the course of three weeks during exhibition. This work, shown for the first time in New York City, forms part of a series of site-specific ephemeral drawings Quinlivan has been making in Cambridge, Berlin, Hong Kong, Australia, and Colorado from since 2016.

Curator Marguerite Brown, explains “Linear threads and their manipulation have for millennia been symbolically connected to notions of time. The Moirai of ancient Greek mythology, also known at the Fates, were three goddesses who through the act of spinning thread with distaff and spindle, controlled the life of every person from birth to death, when their thread was abruptly cut. Similar female deities exist in Roman, Norse and Slavic mythologies, where thread is consistently wielded as a manifestation of destiny. As such, a simple strand and the way it is stretched, allotted and truncated, became an ancient way of comprehending the movement of a human life through time.”