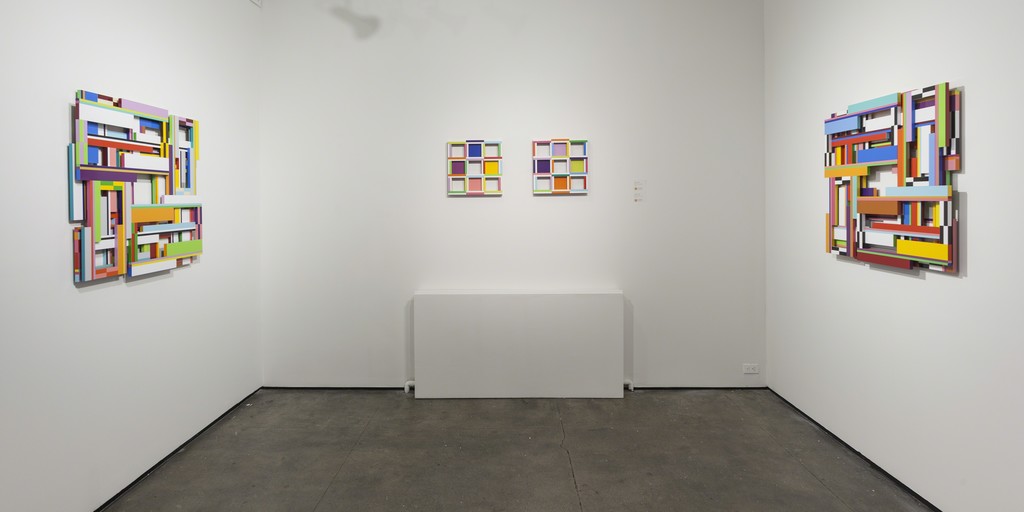 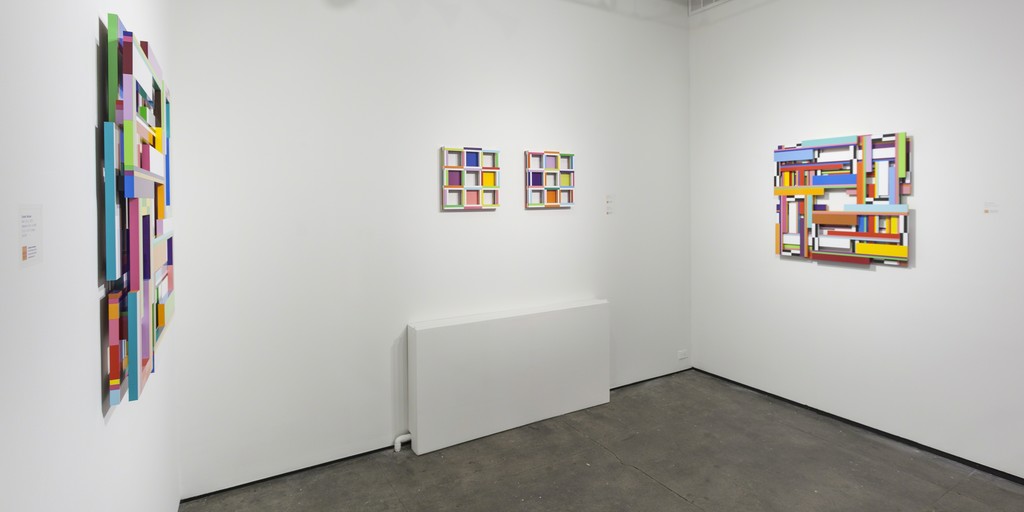 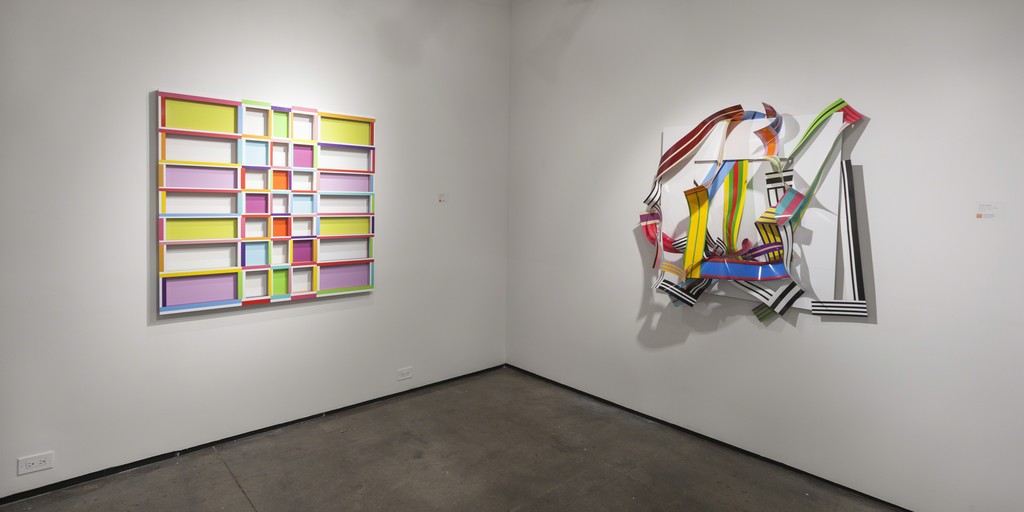 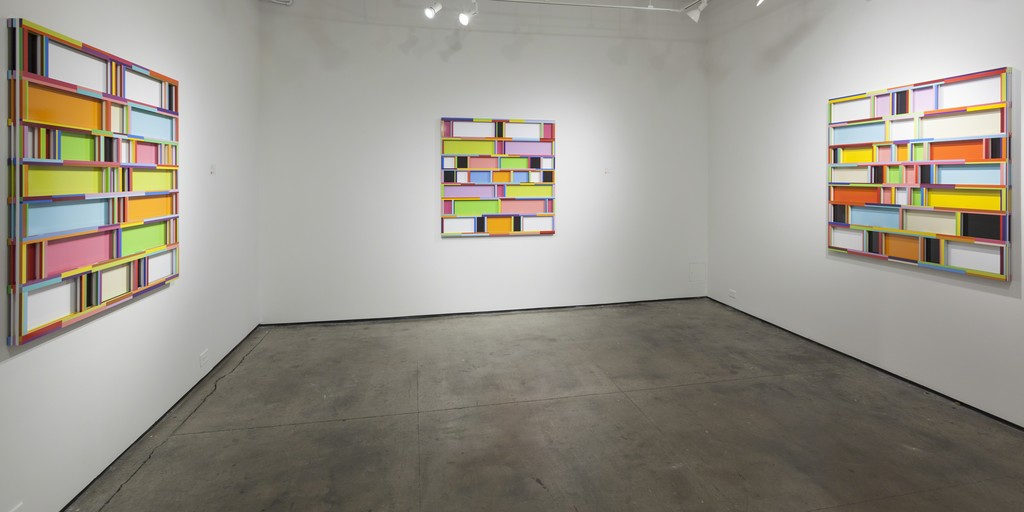 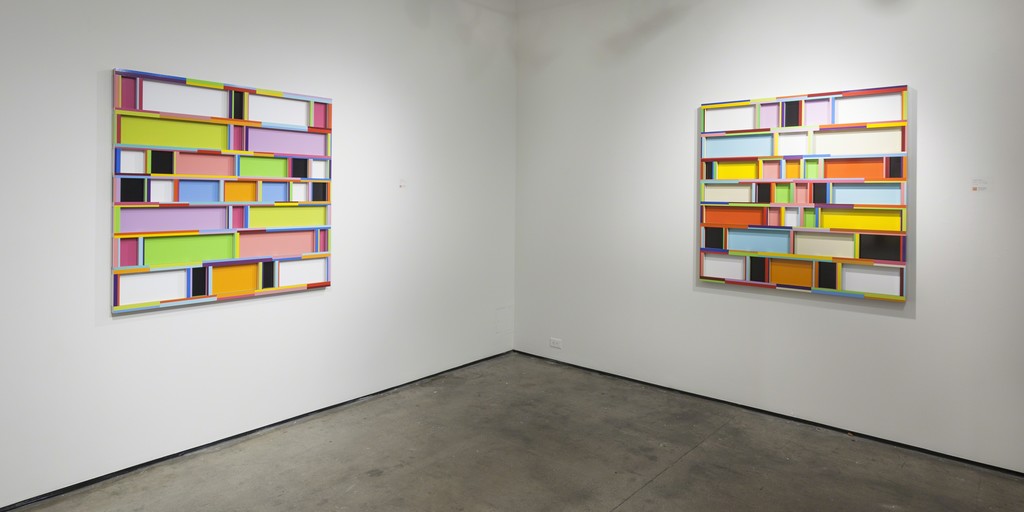 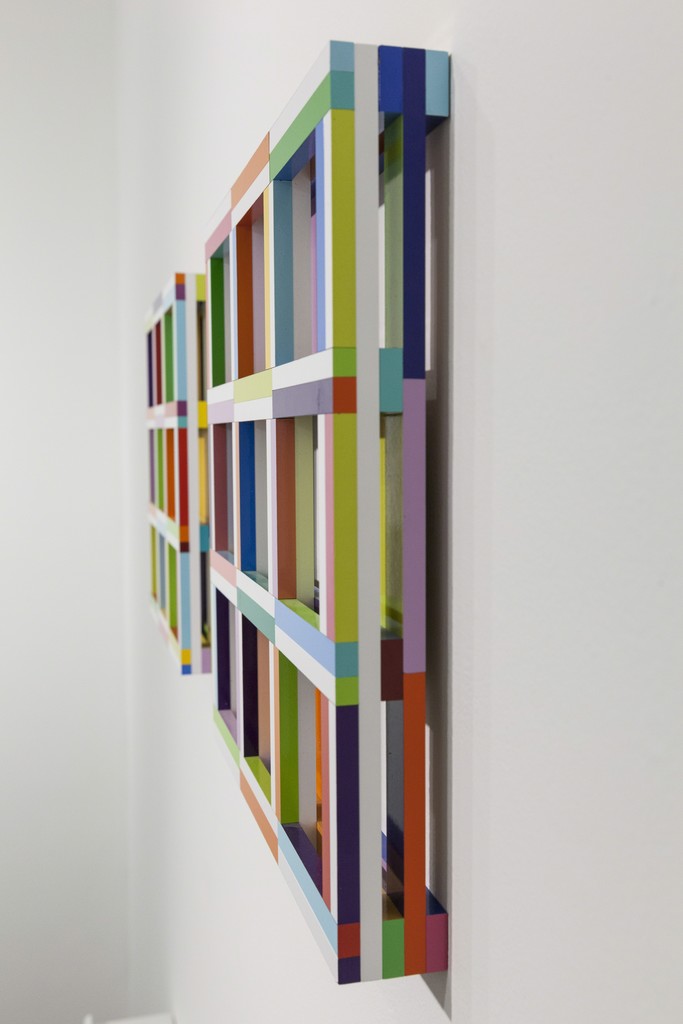 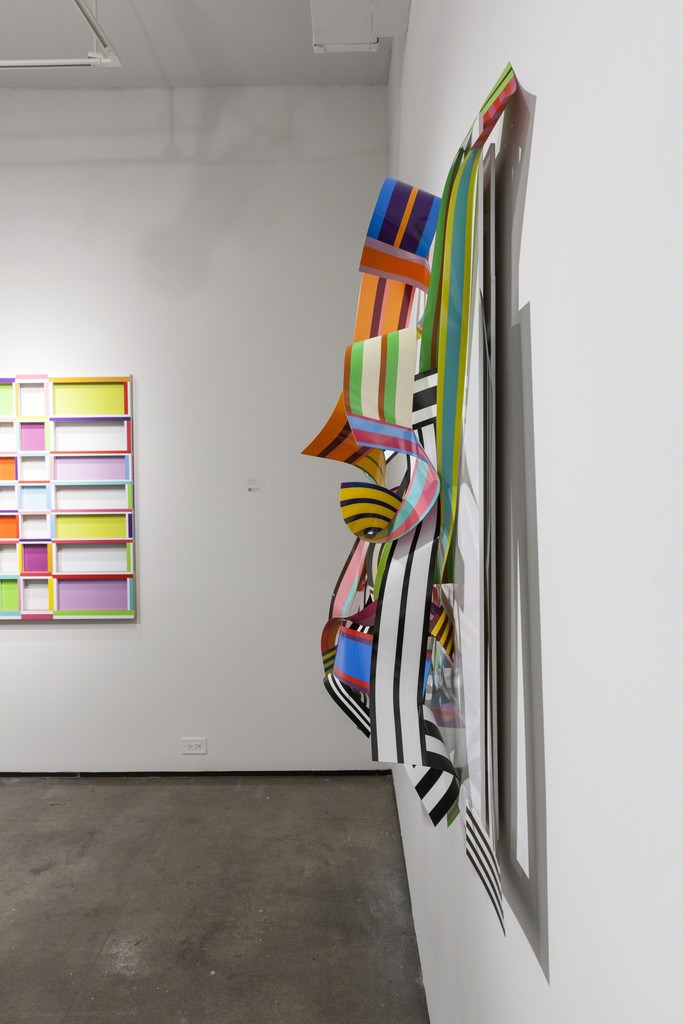 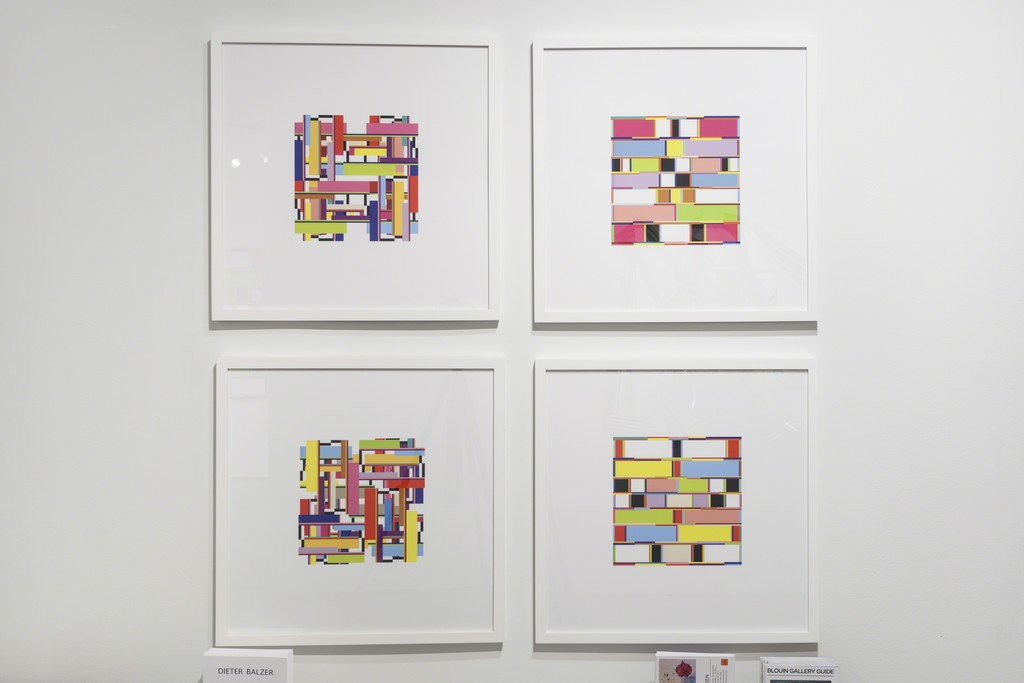 With their bright and airy appearance, Balzer’s works consistently exude a joyfulness that has evolved throughout the course of his long career. Balzer plays with the confines of two – and three-dimensionality, as well as positive and negative space in his wood and foil constructions, resulting in a playful commentary on space and form. Sculptural in nature, Balzer meticulously assembles each work by building up shape upon shape to create complex forms of astounding geometric precision. Even so, the flatness of the vibrantly colored foils that ornament all of Balzer’s surfaces, when viewed upon a wall, gives the works an unmistakable painterly feeling.

These works draw upon various art historical movements that have been important influences on Balzer. The artist has especially credited Constructivism and Minimalism as his major starting points, both of which are especially apparent in the perfectly clean appearance of his works and his recurring use of rectilinear forms. Perhaps more surprisingly, there are also strong parallels between his works and Pop Art in Balzer’s reliance on an eye-catching palette and a repetition of motifs a la Warhol. This unique juxtaposition allows Balzer to divide up space in a fresh and compelling way.

Dieter Balzer was born in Neuhofen/Pfalz, Germany in 1958 and attended the University of Heidelberg, College of Art in Chesterfield, England, and Statens Hogskole, in Bergen Norway. His work has been included in exhibitions throughout Germany and abroad, including at the Museum der Wahrnehmung in Graz, Austria, Wilhelm-Hack Museum, in Ludwigshafen, Germany and the Museum Ritter in Waldenbuch, Germany.