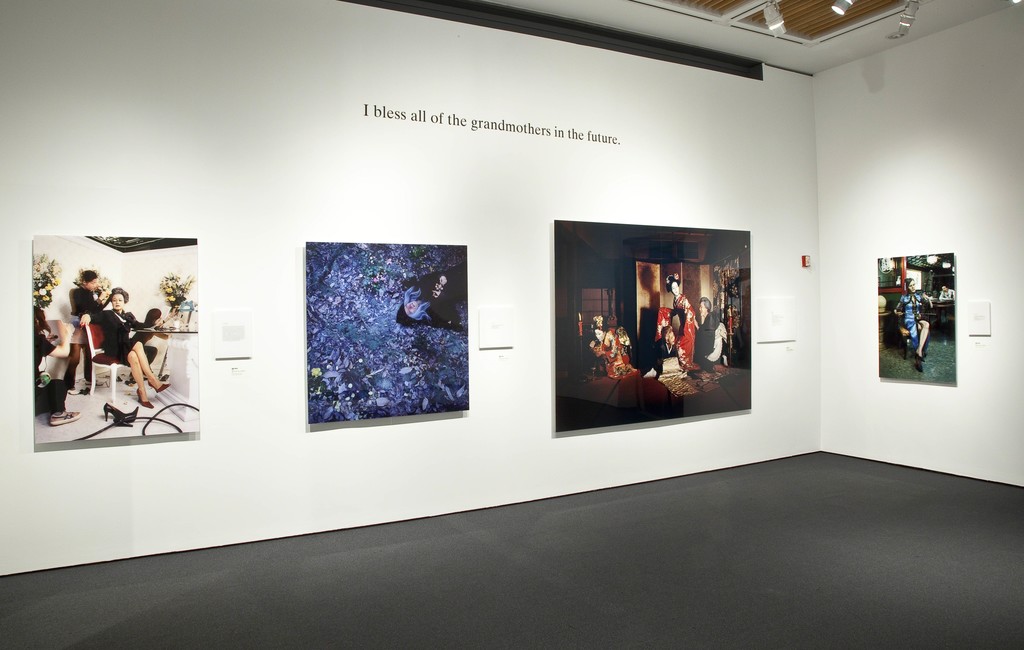 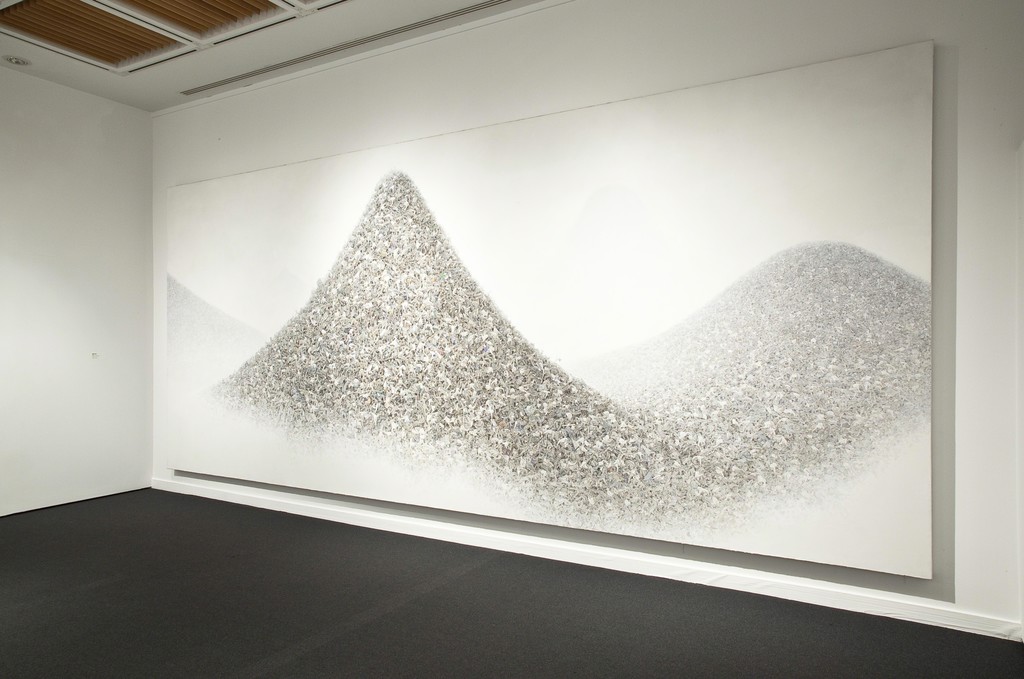 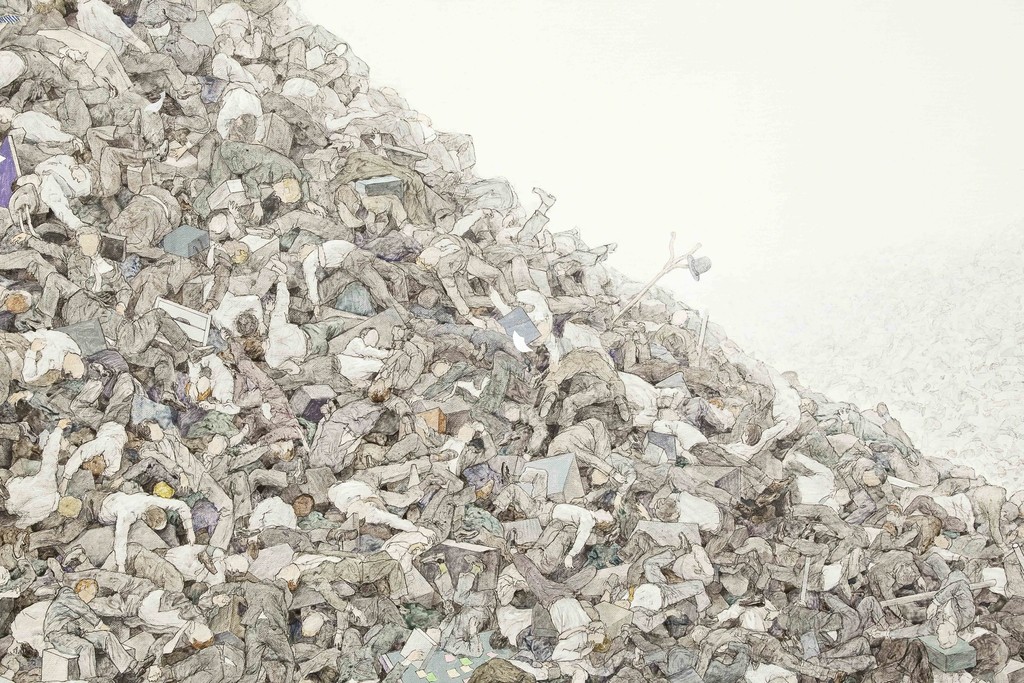 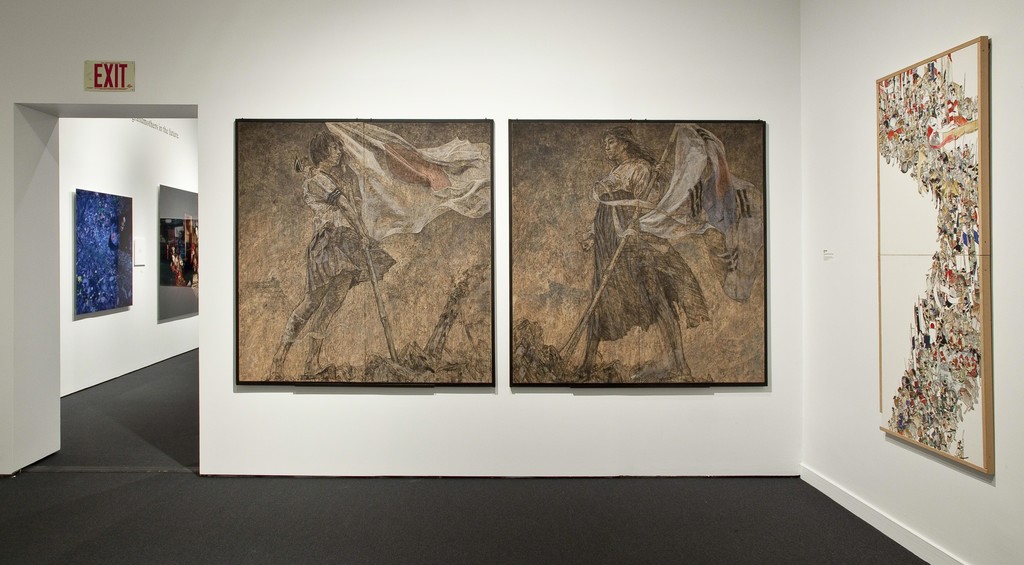 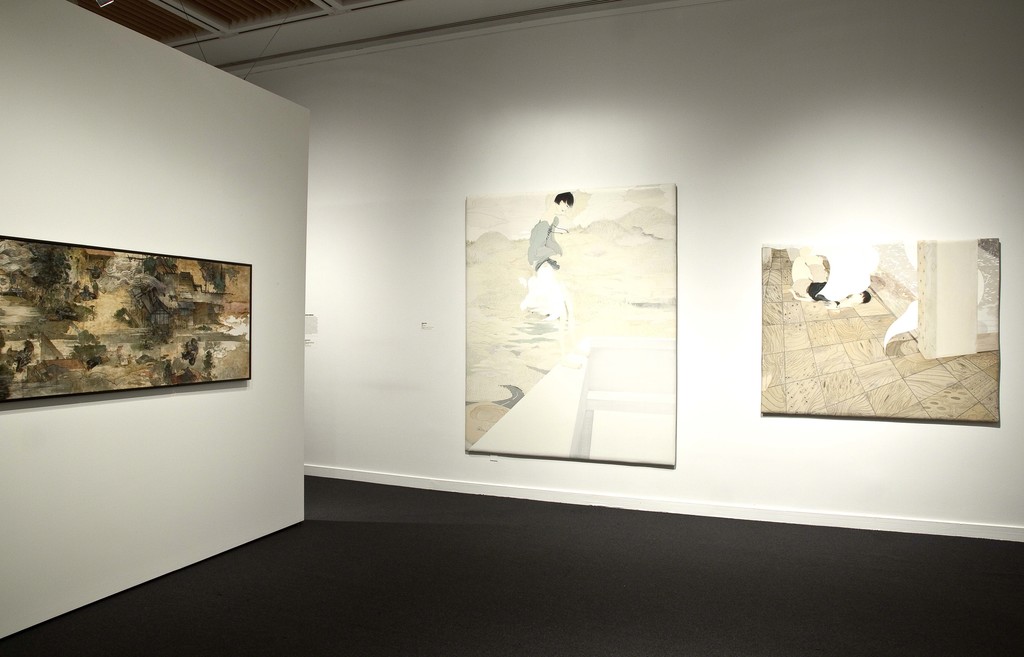 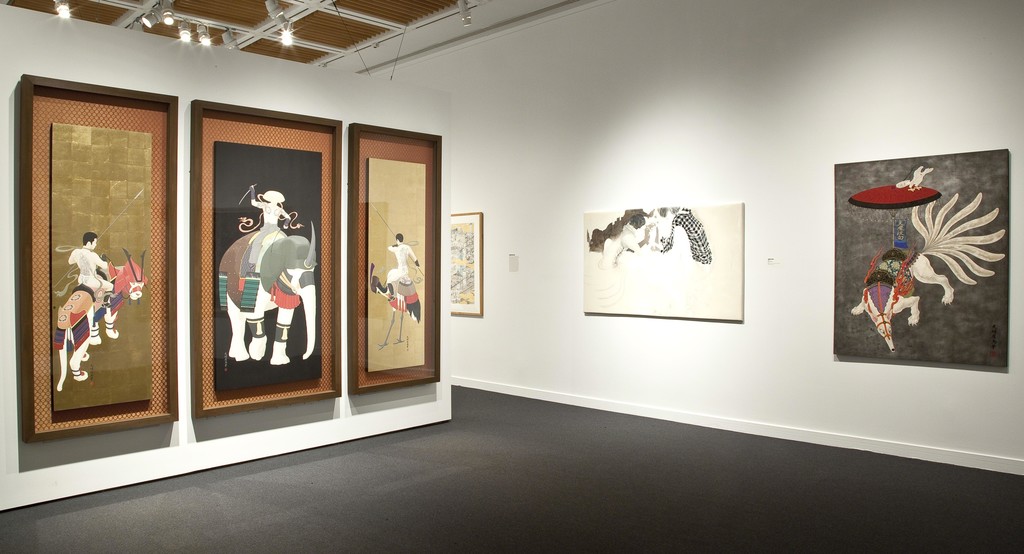 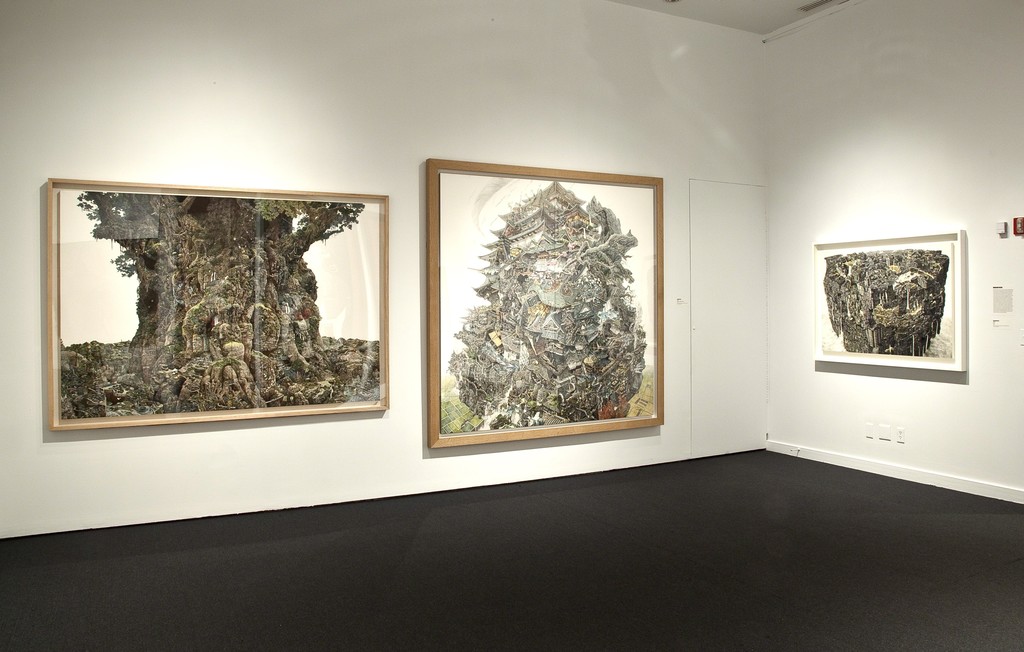 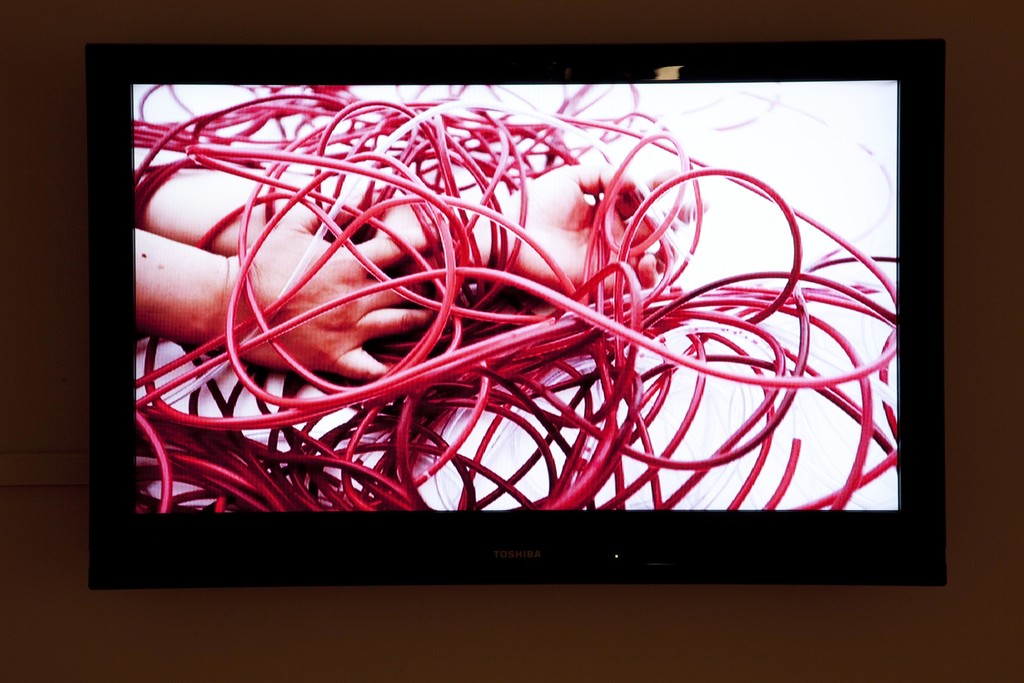 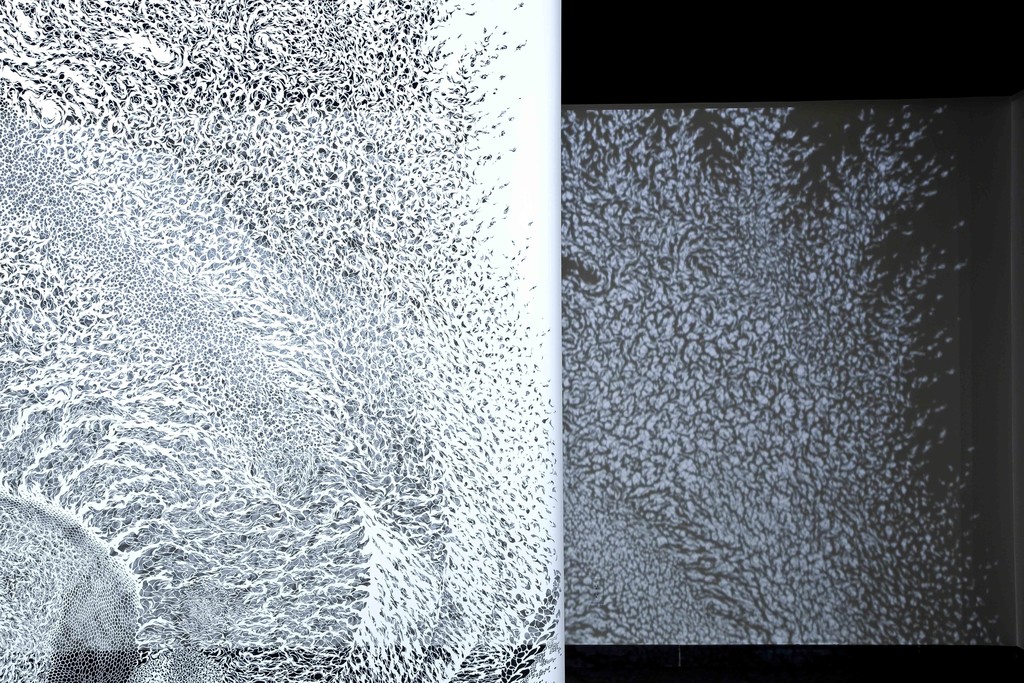 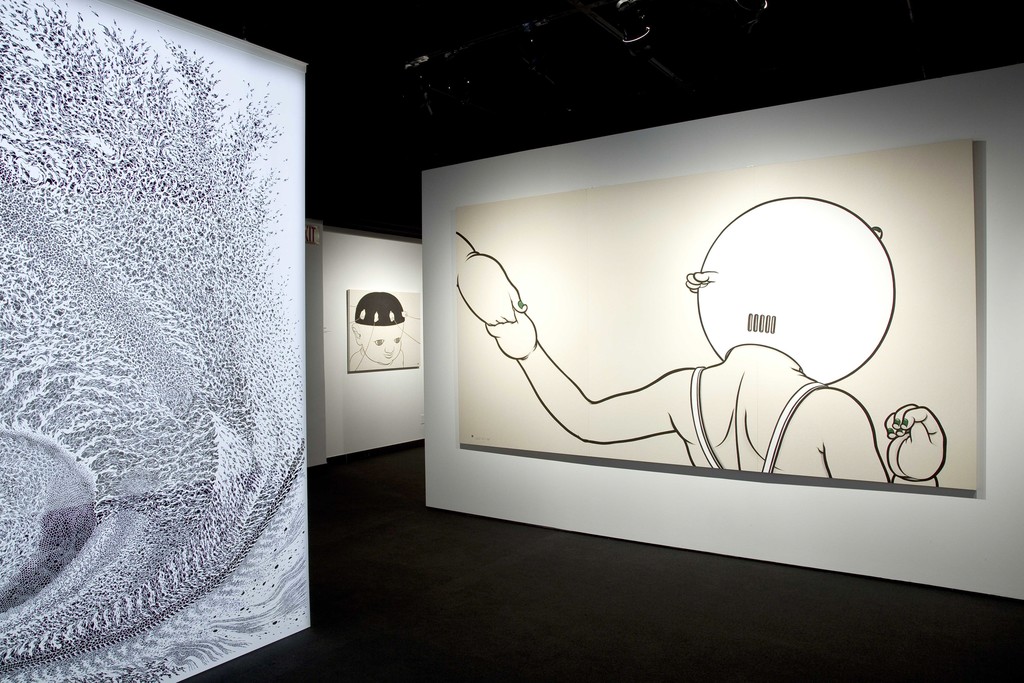 New York, NY — A shimmering taxidermy deer and a gasp-inducing canvas depicting a tumulus of minuscule salary men are among the compelling works set to greet visitors to Japan Society Gallery from Friday, March 18 to June 12, 2011. The occasion is Bye Bye Kitty!!! Between Heaven and Hell in Contemporary Japanese Art, an exhibition introducing American audiences to a new wave of Japanese artists who challenge their country’s long love affair with the kawaii (cute) aesthetic.

“This is grown up art, created for the most part by artists who are little-known here in the United States,” says exhibition organizer David Elliott, a noted independent curator who has directed several major modern art museums, including Tokyo's Mori Art Museum, Stockholm's Moderna Museet, Oxford’s MoMA and Istanbul’s Modern. The 16 participating artists range in age from their late 20s to their mid-40s, with the exception of the senior Yoshitomo Nara, well known both in Japan and the West for his engagement with popular manga culture, who contributes the touchstone work of the exhibition: a color photograph of two large, symmetrical “Hello Kitty” polychrome stone figures atop a beautifully maintained gray granite gravestone (2008).

“Bye Bye Kitty!!! is very much in dialogue with the themes raised five years ago in Little Boy, a milestone exhibition at Japan Society Gallery organized by the artist Takashi Murakami,” says Joe Earle, Director of Japan Society Gallery. “The artists represented in this exhibition, however, have a less ironic, more dynamic and varied view of the world, reflecting a wide range of personal histories and agendas.”

Many of the paintings, sculptures, photographs, installations, and videos in Bye, Bye Kitty!!! illustrate the manner in which today’s vanguard artists in Japan freely and creatively sample Japanese pictorial conventions, ultimately reframing tradition—whether it be the conservative aesthetic of traditional Japanese painting and sculpture, the graphic ingenuity of Ukiyo-e prints, or neo-traditional styles developed in the early decades of the last century.

A two-panel work by Makoto Aida, for instance, emulates the traditional decorative form of painted screens, but with imagery—two massively heroic schoolgirls squared off against one another, each hoisting a South Korean or a Japanese flag aloft—that is a biting commentary on today’s uneasy East Asian relations. Similarly, in a large-scale triptych entitled Defeat at the Single Blow, Robust and Magnificent Feature, Gallant and Brave Behavior (2008), Hisashi Tenmyouya supplants the religious imagery one would expect from the format with a depiction of battle as a feral experience. In two views of Narita International Airport (2005), Yamaguchi Akira employs the pictorial devices associated with the 17th-century “famous views” of Kyoto, only to insert scenes of environmental despoliation within the familiar golden, misty clouds (which one now suspects are petrochemical smog). Other works in the show meditate on the natural environment and our precarious relationship with it. Haruka Kojin, at 27 the youngest artist in the exhibition, contributes an eerily reflective installation made from multi-hued cut paper forms that seem to float in space. Rinko Kawauchi’s constellation of 46 different-sized photographs depicts the minutiae of moments in an allusive world.

“Here we see Japanese artists critically examining tradition and history; responding to a threatened natural world; and expressing an unquiet, even nightmarish, consciousness,” says Elliott. “Taken together, these three approaches comprise a quintessentially Japanese response to the present and the future.”

Three new works of art will be unveiled in Bye Bye Kitty!!!. Kohei Nawa is currently preparing a taxidermized deer covered with a skin of plastic beads to form an irregular, globular skin that confounds expectations of sight and touch. Tomoko Shioyasu is making a large-scale installation, employing a version of the decorous Japanese art of stencil cutting to snip, slit, cut and slice a ten-foot sheet of paper into a membrane-like form that animates surrounding space with projected light. Chiharu Shiota’s installation Dialogue with Absence, recently unveiled in Paris, combines a painted wedding dress with pumps, tubing, and red-dyed water to create an umbilical network of linked veins that suggests a dreamlike, unconscious state of anxiety.