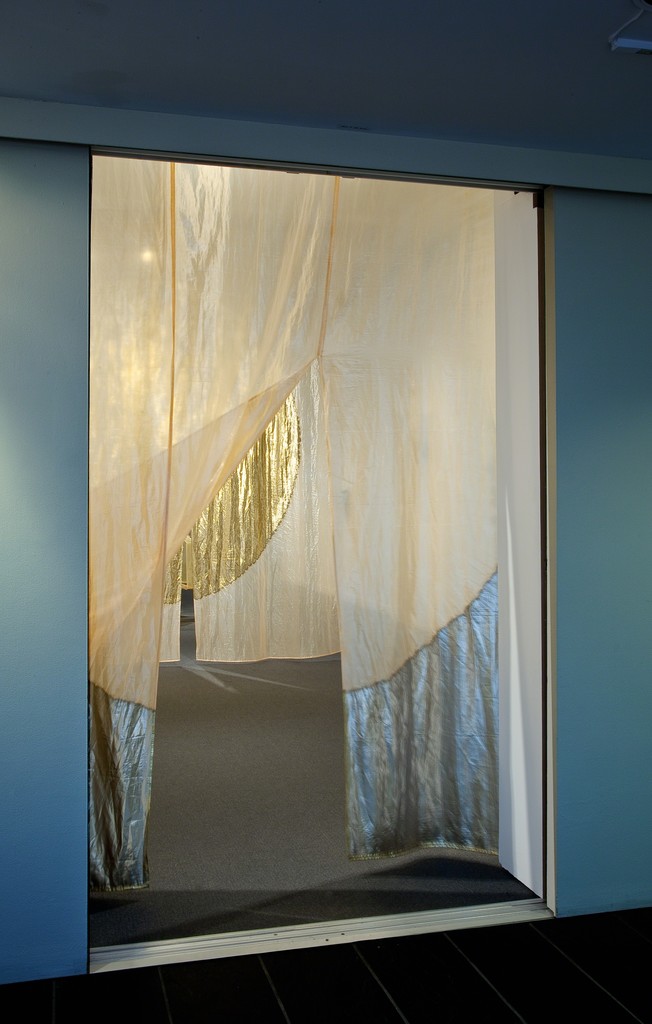 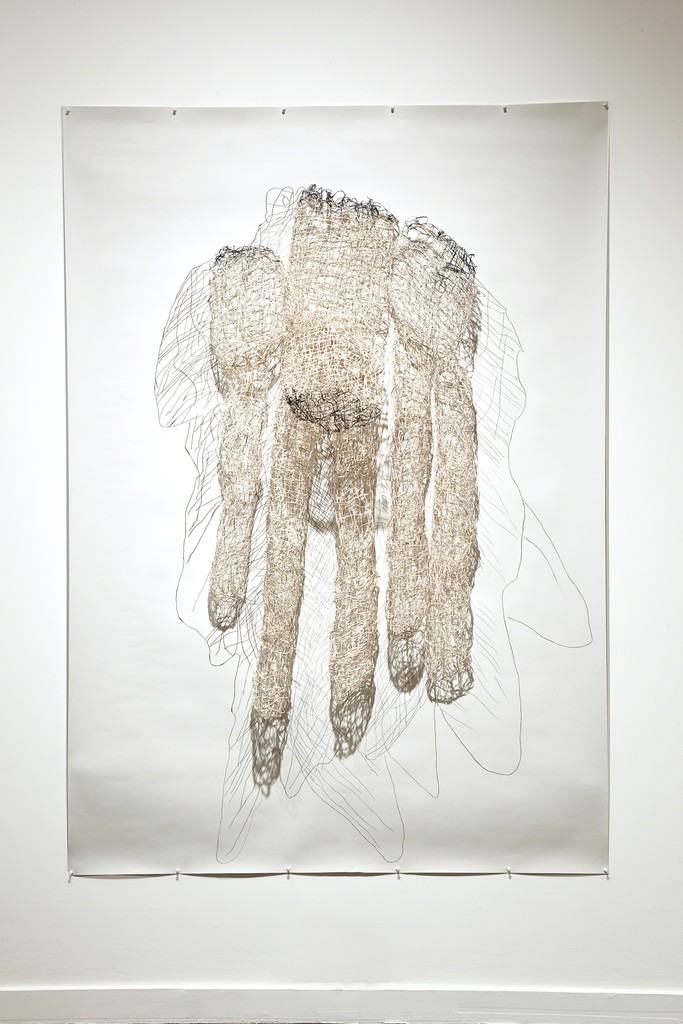 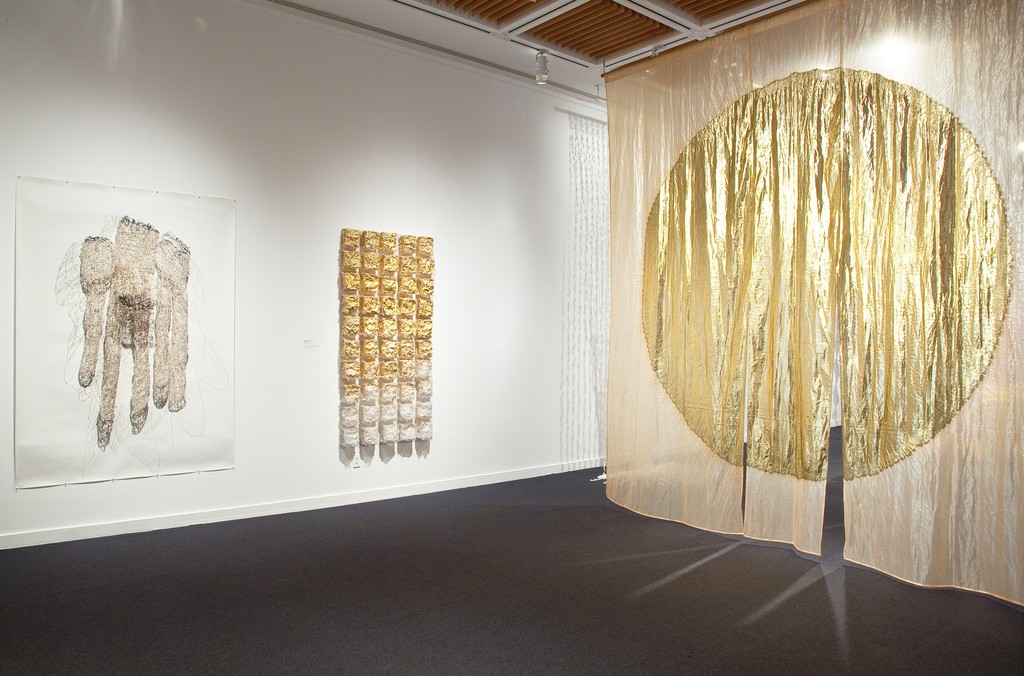 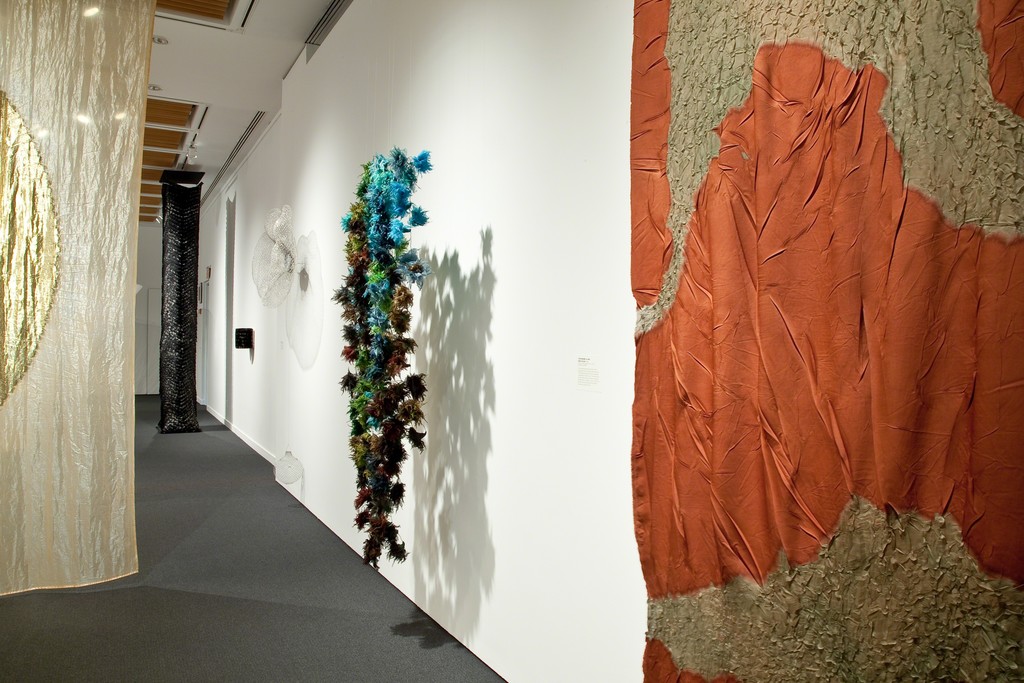 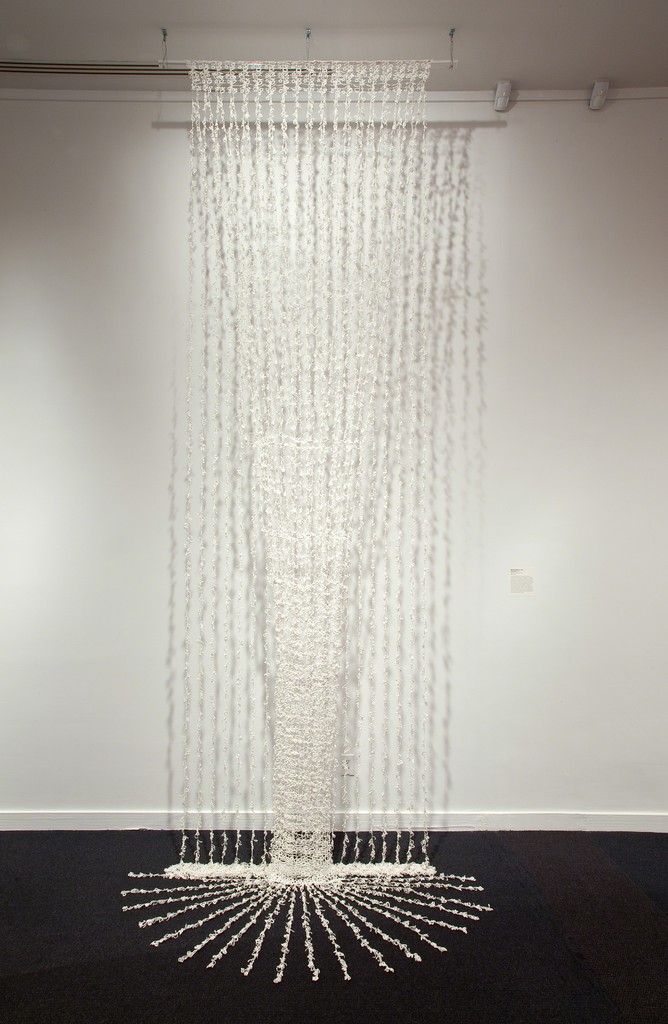 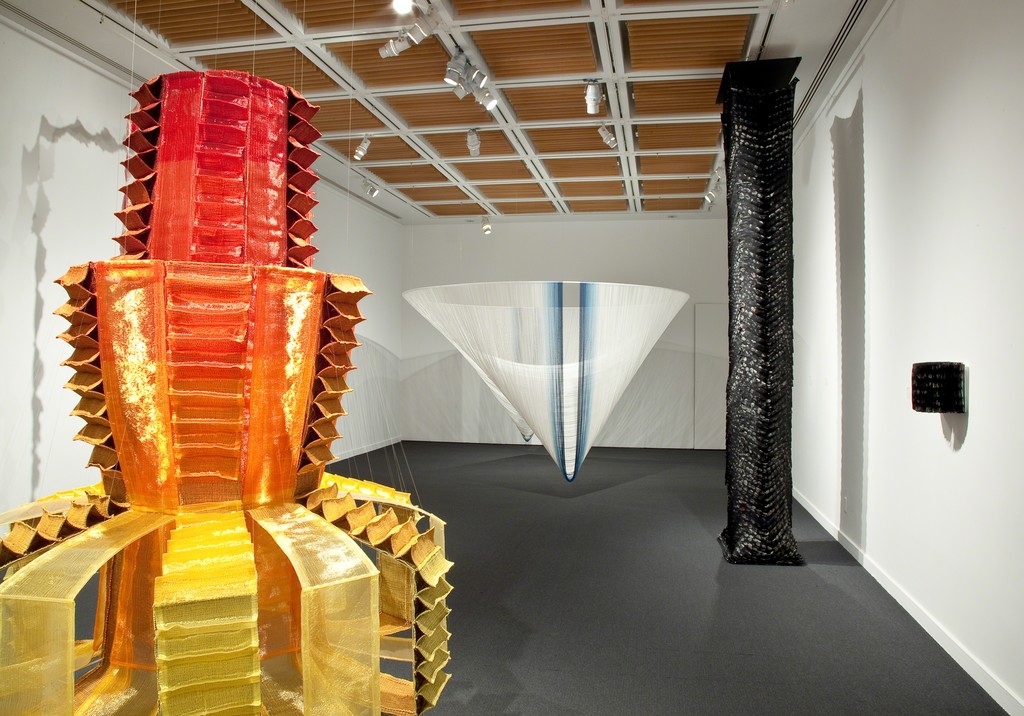 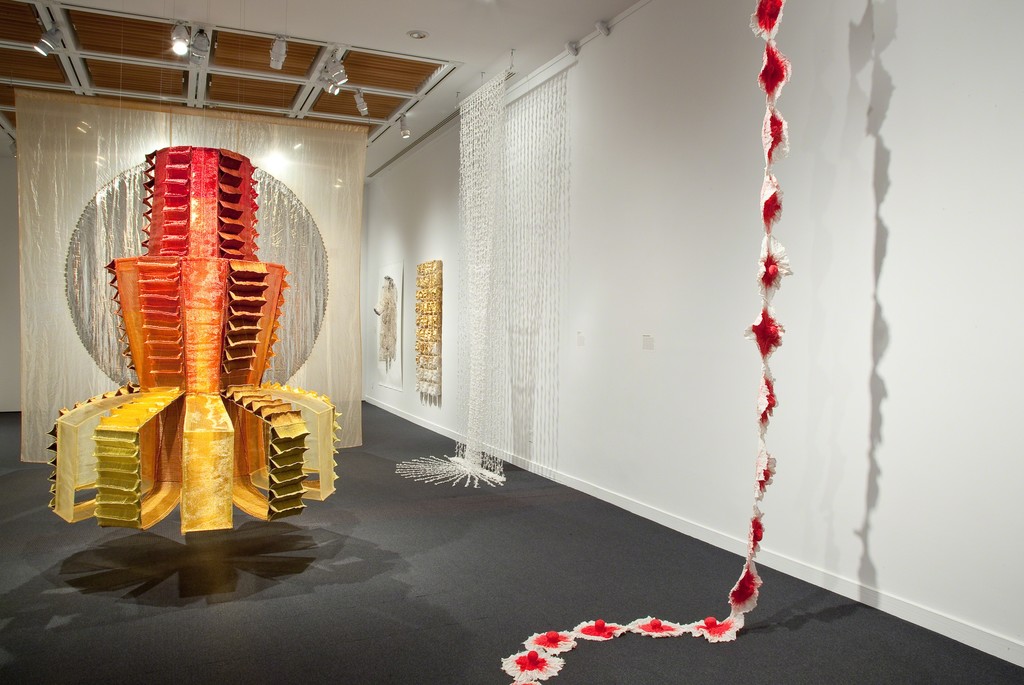 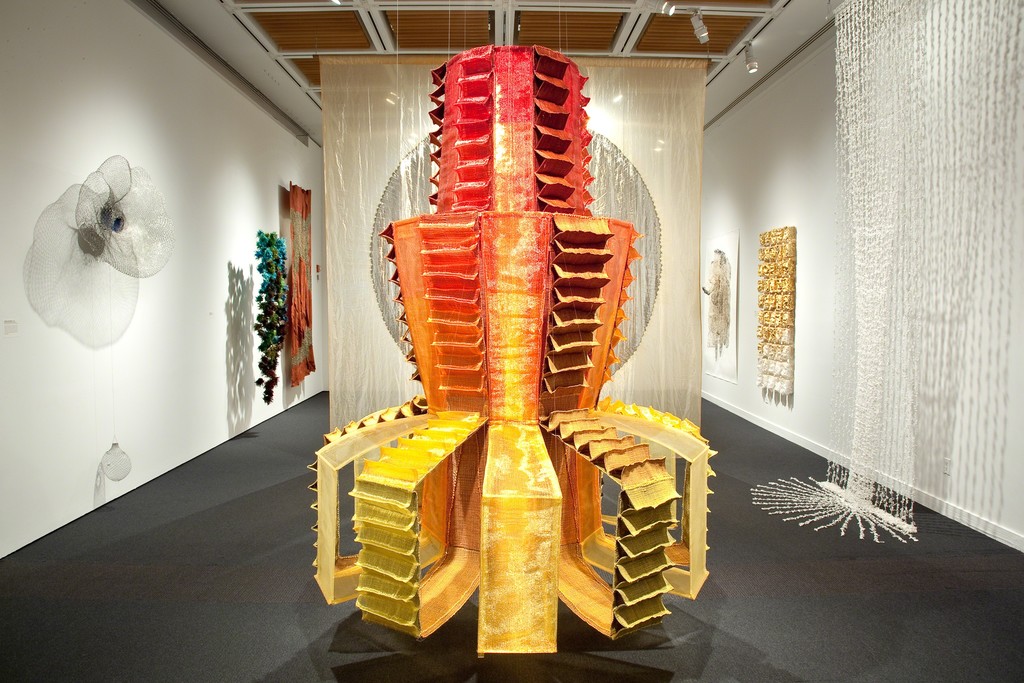 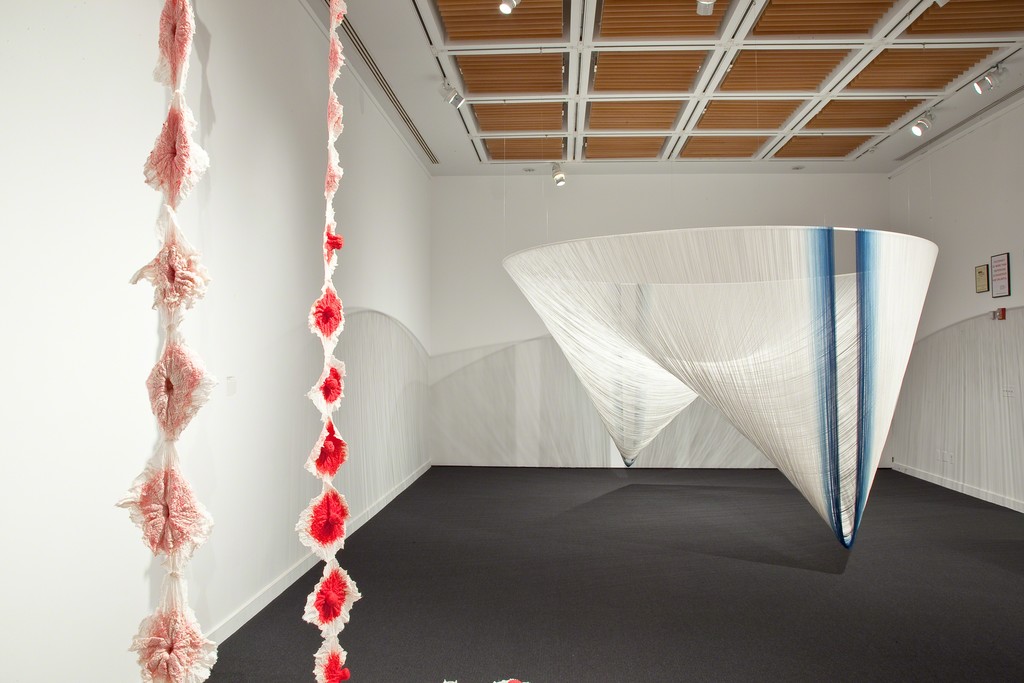 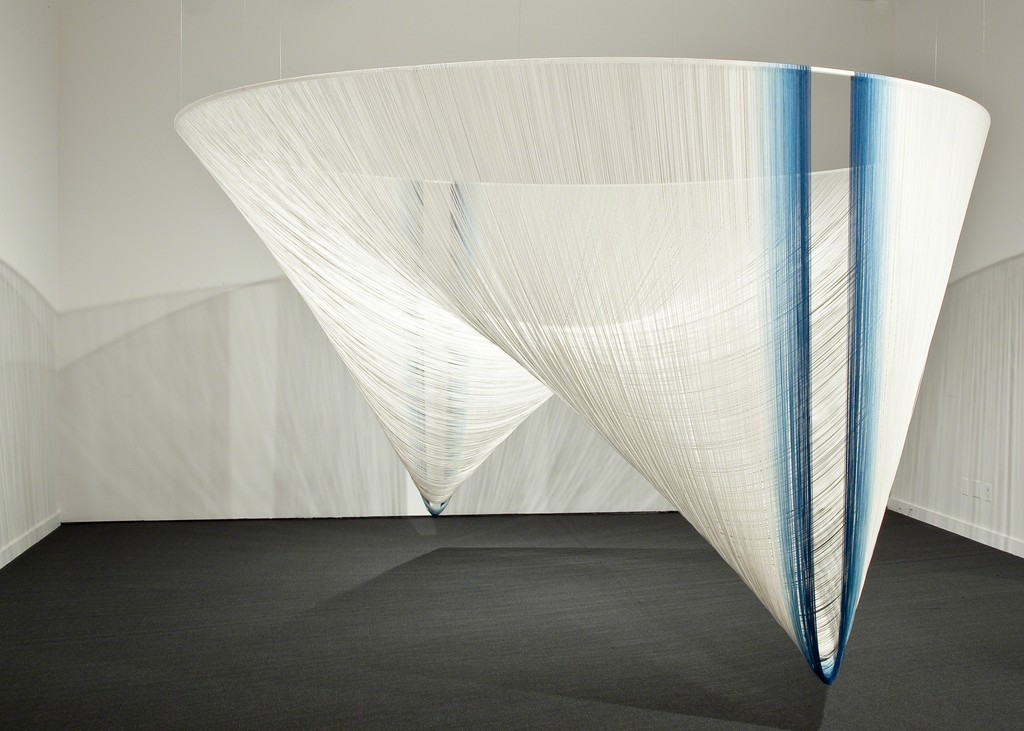 New York, NY — In the fall, Japan Society Gallery explores a new art that is emerging from a remarkable fusion of Japanese artisanal and industrial textile-making. Coaxed from materials as age-old as hemp and newly developed as microfilaments, a varied array of more than 35 large-scale works will be on view in Fiber Futures: Japan's Textile Pioneers from Friday, September 16 to Sunday, December 18, 2011.

While the spirit of a Japanese sensibility and a technical virtuosity hewn over centuries is everywhere evident, what best characterizes the work on view is a thirst for experimentation, whether it be in the search for the unconventional material or in the fusing of seemingly opposing extremes of old and new. One also sees the medium of fiber used to express ideas about nature and sustainability and personal and cultural identity.

“These works remind us that important art need not always be about rebellion or subversion,” notes Joe Earle, Director of Japan Society Gallery and curator of the exhibition. “For most of the 30 artists represented here, it is the material that tells them what to do next, in the spirit of tariki, originally a Buddhist term meaning the ‘power of another.’”

“The very qualities that are unique to fabric inspire me and my fellow artists to try to move beyond mere technical mastery to create daring and beautiful works of art,” says Hiroko Watanabe, a professor at Tama Art University, president of International Textile Network Japan, and an artist represented in Fiber Futures. The exhibition is a juried show, jointly presented by Japan Society and International Textile Network Japan as part of a long-term collaboration with Tama Art University Museum in Tokyo.

Japan Society has commissioned an installation from Kyoko Ibe, one of Japan’s most influential paper artists, as part of the exhibition. An ethereal web of indigo-dyed gossamer threads will sway to the breeze and catch and reflect light as it floats above the garden pool in the lobby of the Society’s landmarked building. Ibe’s other work in the show is a screen made of paper from the 19th century, remnants of ink glowing blue-black—a palimpsest of words once read and lives once lived. Emotion is found in reuse in this highly sophisticated object lesson in sustainability.

Jun’ichi Arai, one of the world’s most celebrated textile pioneers, is contributing a show-stopper, a pair of huge, eye-poppingly beautiful filmy gold and silver curtains whose formal simplicity belies extraordinary technical complexity. Of a double-cloth weave—gold on one side, silver on the other—the curtains are made of monofilament “slit film” yarn, ultra-thin strips sliced from polyphenylene sulfide film with a 1/10000 of a millimeter vacuum-deposited aluminum coating. For the silver color, the aluminum was covered with an even thinner layer of clear epoxy resin, and for the gold, the resin was mixed with a yellow dye. Finally, the artist employed a process called “melt-off,” which he himself invented, to dissolve the aluminum coating from unprotected areas of the surface.

Yuh Okano, another noted textile designer and artist active in both Japan and New York, will show a brick-hued piece from her “Water” series, pairing the natural (wool) and the synthetic (polyester) to rugged, regal affect. The tireless inventor Reiko Sudo, known for devising “abusive treatments” in the pursuit of unexpected surfaces, presents a new installation work. Fabrication (2011) floats in space, a single piece of fabric fashioned from tightly embroidered “warps” hand-shaped over a metal rod into strips and then sewed together in different combinations.

Sudo’s “abuse” of fabric is just one of the extremes to which conventional textile methods are taken—or pushed—in this exhibition. On occasion, the process becomes part of the meaning of the artwork, as in Kazuyo’s Onoyama’s astonishing Orikata (Folded Form), 2006. Here the artist has taken a thin yellow polyester fabric and folded it over and over as a prayer for, in the artist’s words, “happiness, peace, abundance and good health, and as an expression of the close relationship that should exist between human life and our natural environment.” (It is a custom in Japan to fold 1,000 paper cranes as a way of praying for recovery from illness.) For Hiroko Watanabe, the challenge was to so saturate a handwoven piece of cotton and metal fiber fabric with scarlet that, in the artist’s words, would draw out “the magical power of red.” The resulting tufted drop of fabric is tough, dense, difficult, and unforgettable.

For the viewer who encounters Yasuko Iyanaga’s bravura application of shibori tie-dyeing on a single piece of spun silk, it may seem as though a gentle breath is animating a giant, curvaceous, and ridge-encrusted sea creature. Other artists as well explore fiber’s potential as a sculptural medium to express natural beauty, including Hitomi Nagai, whose large-scale waffle-weave is composed of white warp and weft threads gathered and twisted at regular intervals into an enigmatic honeycomb, and Kyoko Kumai, whose large-scale installation—near-weightless orbs of fine stainless-steel yarn—evokes the sky and the cosmos.