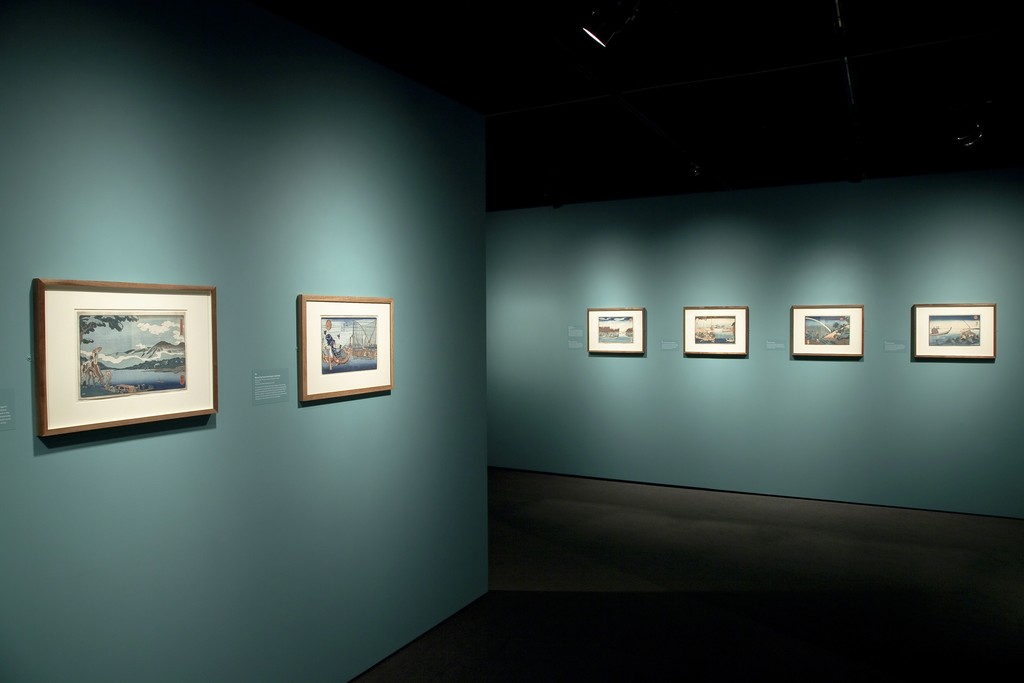 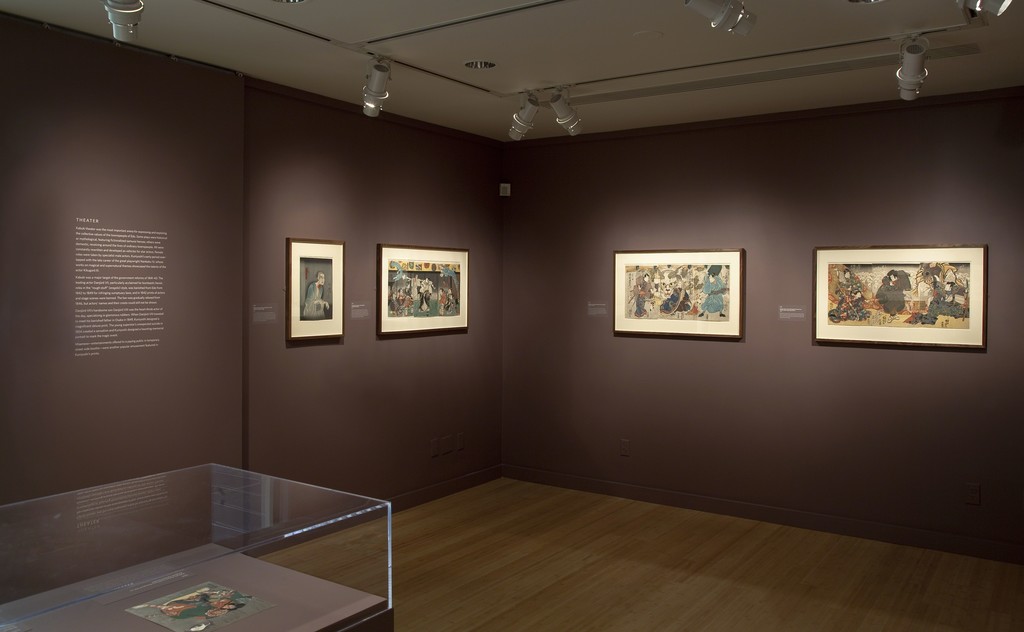 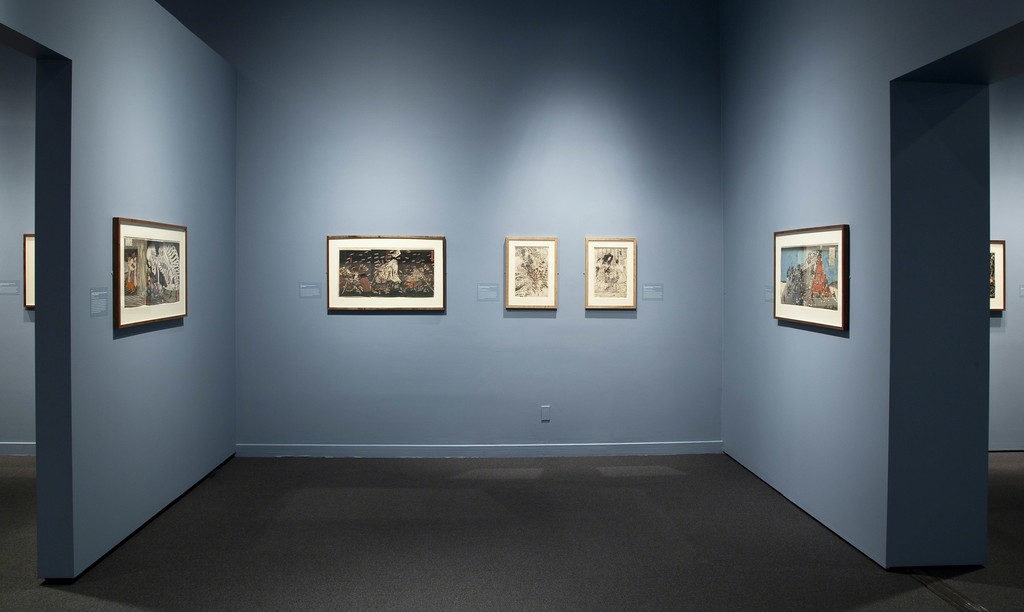 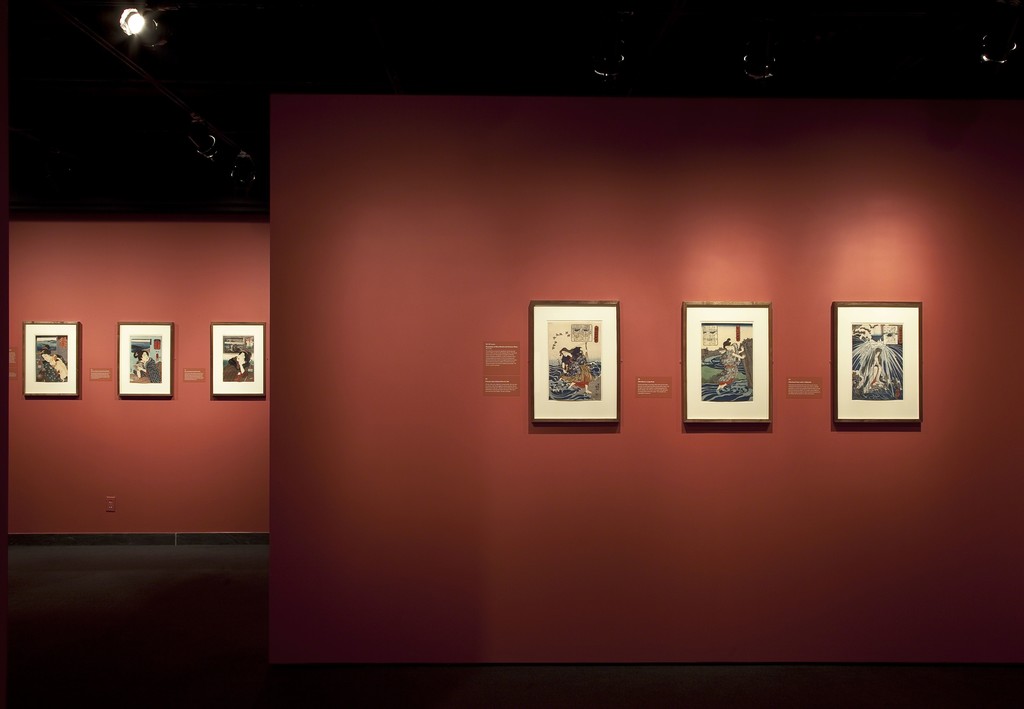 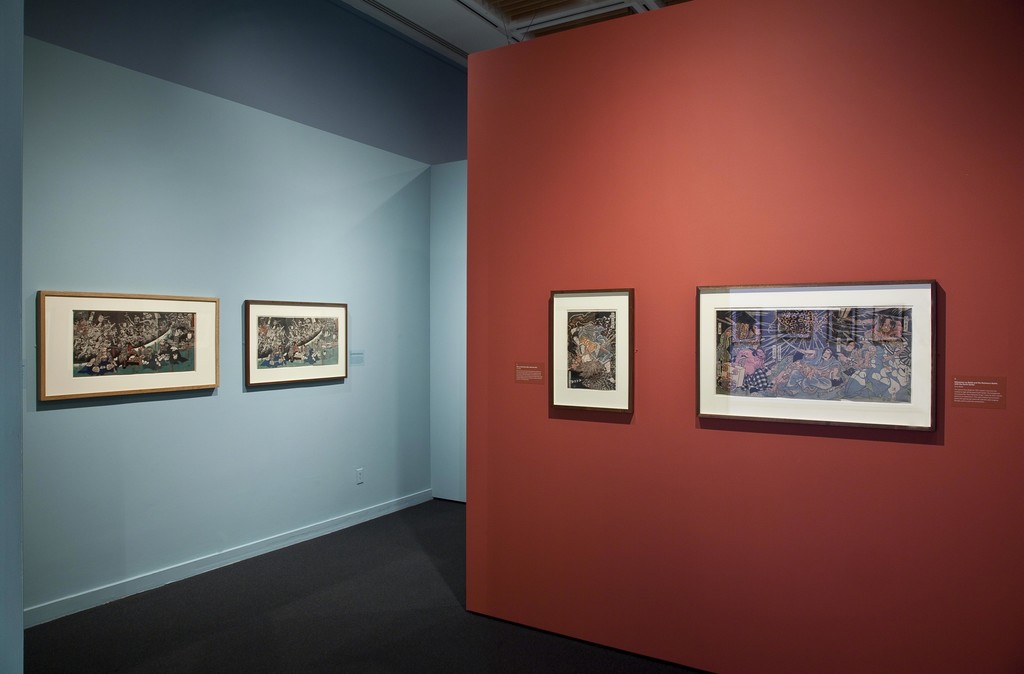 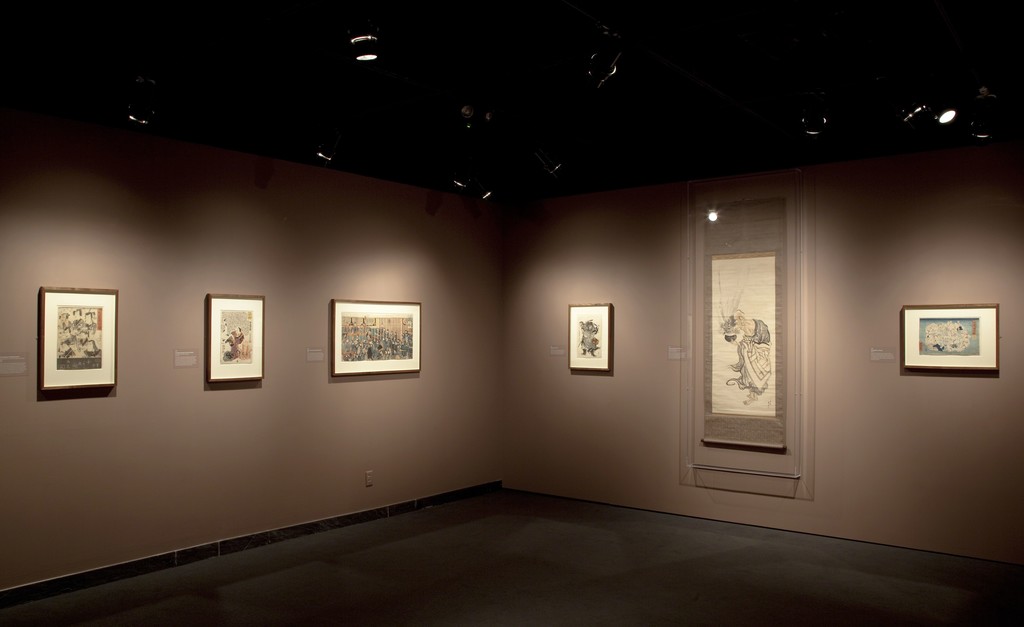 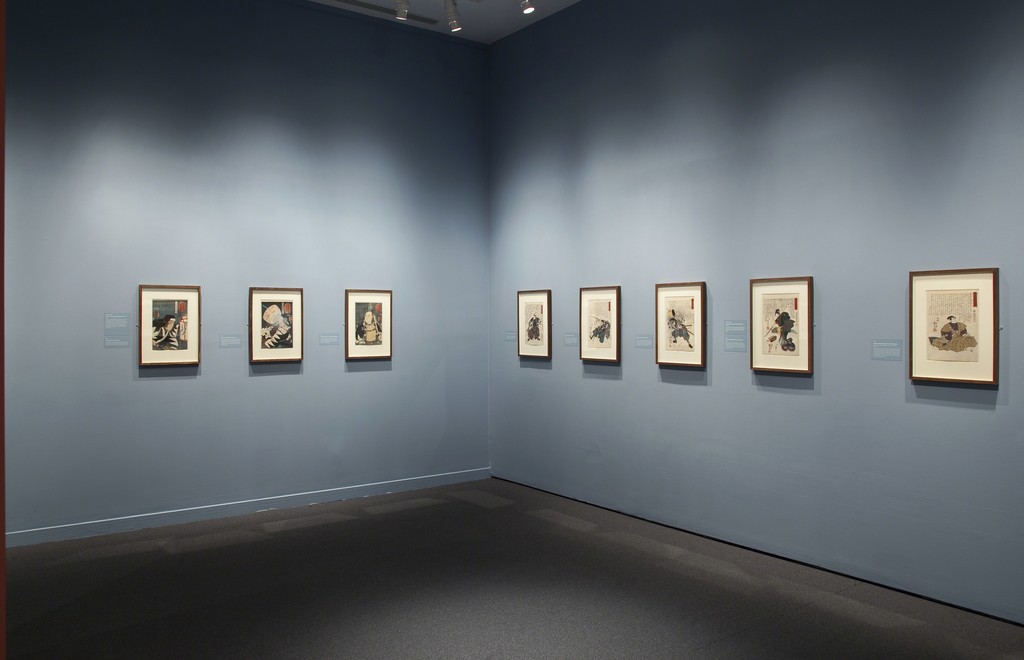 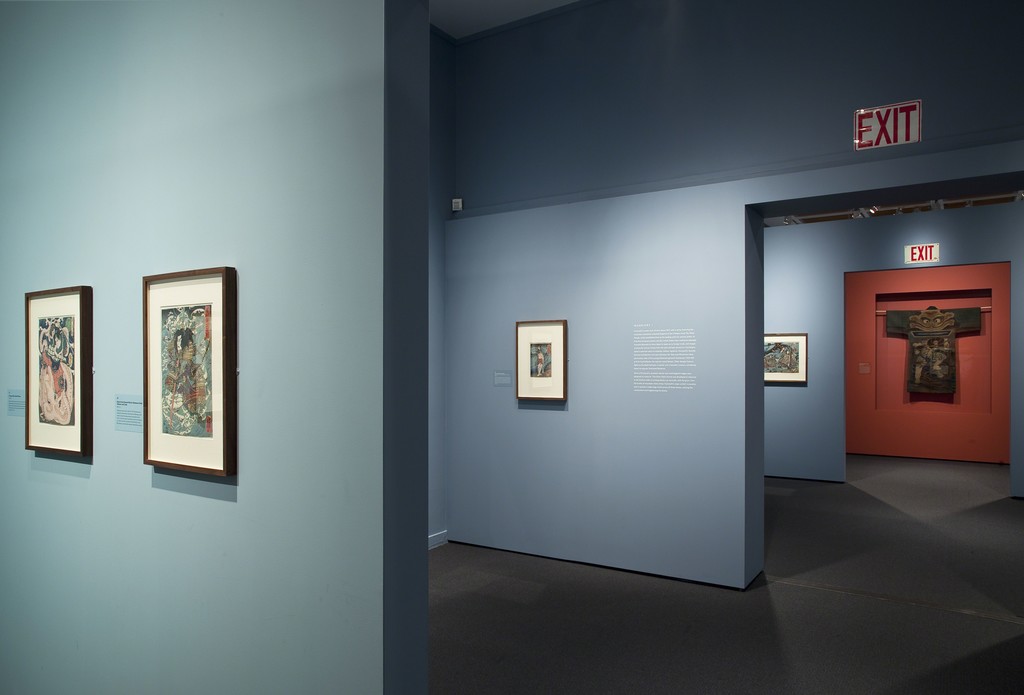 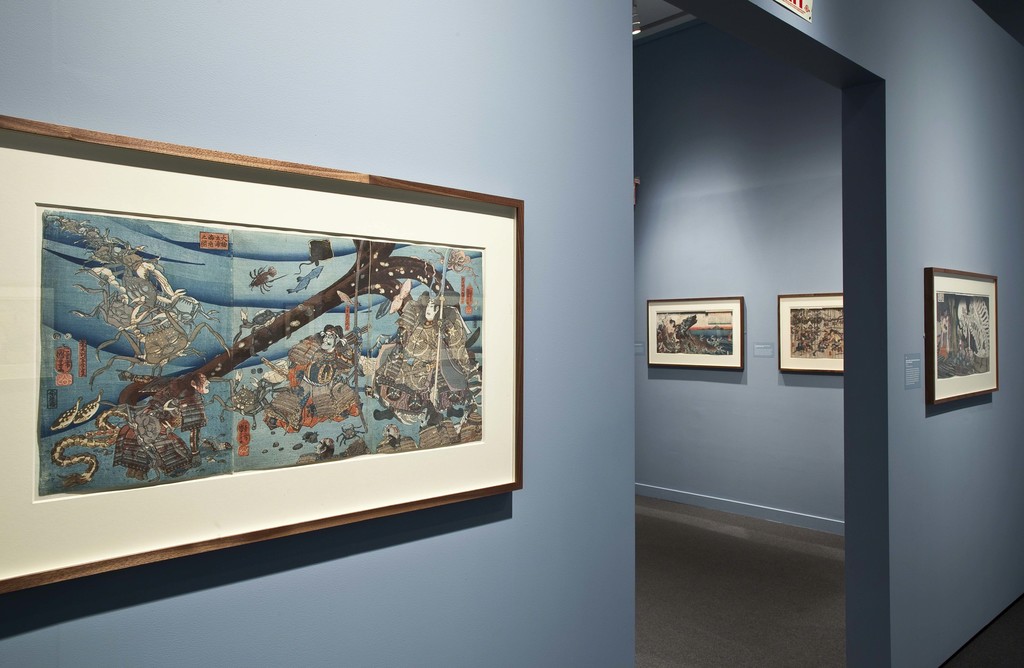 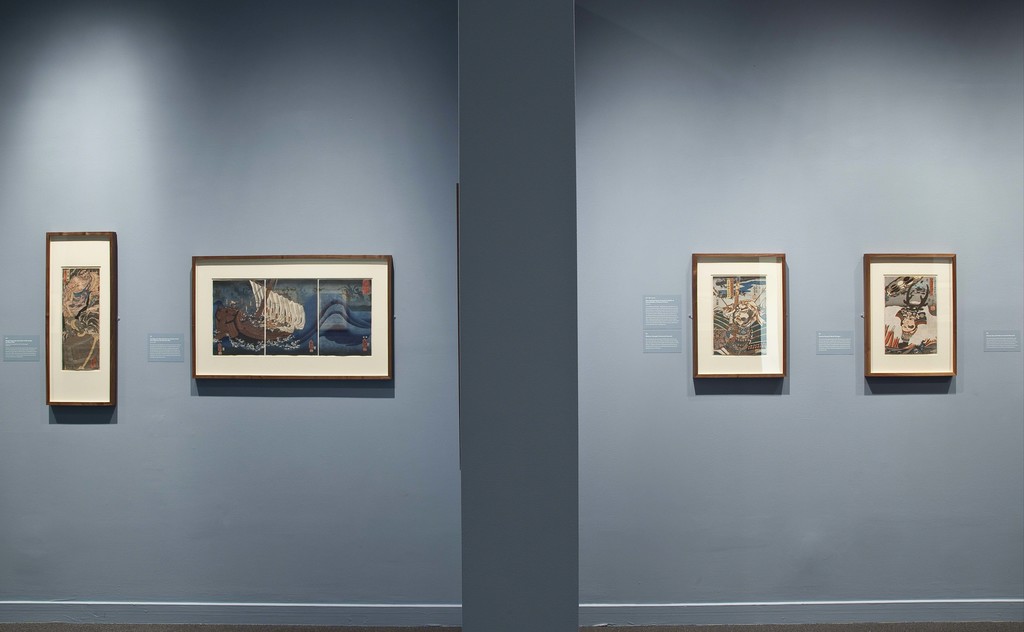 New York — Thrashing sea creatures, samurai warriors, and a giant, looming skeleton are among the distinguishing subjects of the brashest of Japan’s Ukiyo-e masters, Utagawa Kuniyoshi (1797–1861), whose populist oeuvre is to be presented by Japan Society Gallery from March 12 to June 13, 2010.

Fresh from its spring 2009 showing at London’s Royal Academy of Arts, where it was the surprise smash hit of the season, Graphic Heroes, Magic Monsters: Japanese Prints by Utagawa Kuniyoshi from the Arthur R. Miller Collection marks the first major exhibition of Kuniyoshi’s work in the United States in nearly 30 years. The exhibition has been organized by the Royal Academy of Arts in collaboration with Arthur R. Miller and The British Museum. The vast majority of over 130 color-woodblock prints on display are from the Arthur R. Miller Collection, New York, generously loaned to Japan Society by the American Friends of The British Museum.

Like Hokusai, Hiroshige, and other masters of the school of Ukiyo-e printmaking (“Pictures of the Floating World”), Utagawa Kuniyoshi pursued the themes of landscape, kabuki theater, and beautiful women. He was unique, however, in his mastery of lesser known subjects: action-packed tales drawn from the history, religion, folklore, and myths of Japan, China, and other Asian countries; comic “crazy pictures” often featuring animals impersonating humans; and exotic experiments with foreign subject- (take out this hyphen)matter and European techniques of visual representation.

“Kuniyoshi’s work can be seen as foreshadowing the visual storytelling of contemporary manga, anime, and computer and video games,” says Joe Earle, Director of Japan Society Gallery and organizer of the exhibition. “Like a number of the top creators in these genres of today, he was an eccentric who specialized in comic figures and action scenes sold in vast numbers at low prices to an insatiable and visually sophisticated audience.”

Kuniyoshi practiced as a woodblock printmaker during the last decades of the Tokugawa shogunate, which routinely censored popular printed materials. “There is a sense in which censorship spurred Kuniyoshi’s imagination, as he sought to circumvent the government bans,” says Earle. Certainly, the artist became adept at applying his graphic inventiveness to the coding of political meaning into seemingly innocuous scenes.

While his narratives may have toed the official line, their veiled subtexts were only too clear to his fellow townspeople. One of the prints on view, created in 1843 during a particularly stringent period of repression, became a cause célèbre for its version of a tale about the evil Earth Spider, who conjured up a battle between rival armies of demons to torment the ailing warrior hero Yorimitsu. Viewers identified Yorimitsu with Japan’s ineffectual shogun, Tokugawa Ieyoshi, and the print was widely interpreted—and pirated—as a hanji-mono (“riddle picture”) slyly satirizing current-day reforms.

At this point, government censorship even extended to the portrayal of beautiful courtesans and geisha entertainers, hitherto among the most lucrative genres for print publishers. Kuniyoshi responded to this challenge with graceful prints of beauties designed for round summer fans (uchiwa) and a number of original series which ostensibly offered virtuous models of feminine behavior while satisfying the popular appetite for pictures of attractive women in a variety of situations.

The bravura of Kuniyoshi’s picture-making is particularly evident in his prints of battles and other manly struggles. Muscular tattooed warriors are shown in dramatic combat in the early series 108 Heroes of the Popular Water Margin; the warrior Morozumi Masakiyo is shown at just the moment he kills himself in battle in an extraordinary fractured design (1848); a crowd of figures is depicted in the battle on the roof of Horyu tower from one of the best-loved scenes of a popular novel (1840); and a giant skeleton thrillingly occupies three quarters of a triptych in Mitsukuni Defies the Skeleton Specter Conjured up by Princess Takiyasha (1845/46).

One of Kuniyoshi’s greatest innovations, in fact, was to spread a large motif across all three sheets of a three-sheet format, unifying the composition and heightening the visual drama. In one print in the exhibition, created in 1851/52, he also brilliantly exploited the extremely unusual format of a vertical triptych to show the monk Mongaku doing penance for murder under the great Nachi Waterfall: daringly, the middle panel of this triptych shows only water and rock.

The huge public appetite for Kuniyoshi’s prints may be gauged by the print run of one series represented in the exhibition. Issued in 1847 and 1848, Biographies of Loyal and Righteous Samurai comprised 51 prints packed with gruesome detail and bold action: 8,000 impressions of each print were sold, for a whopping total of 408,000 sheets.