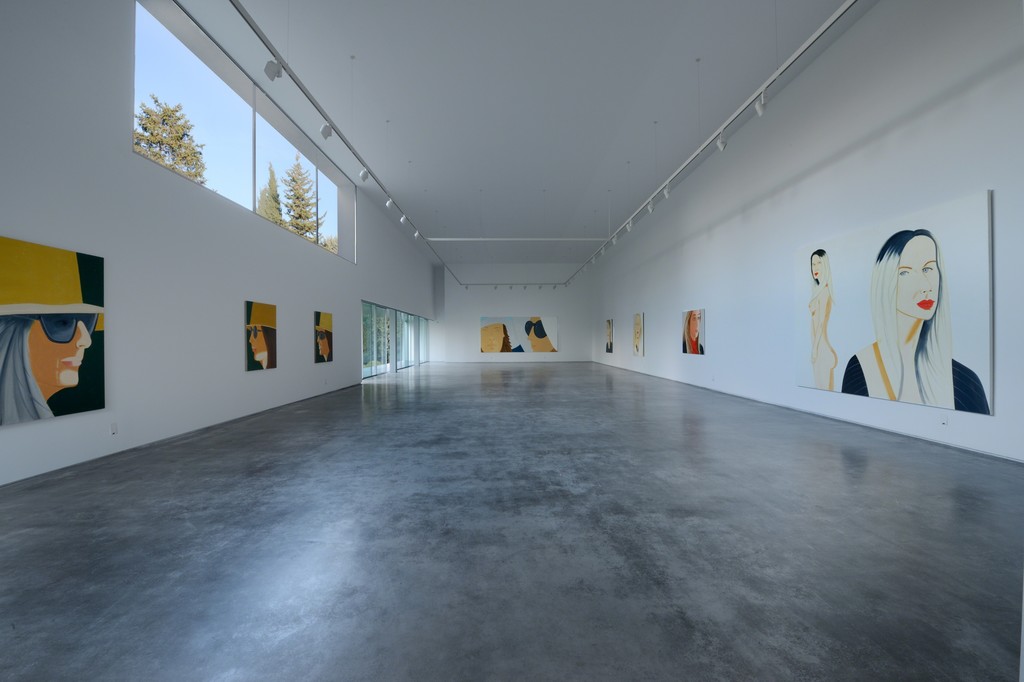 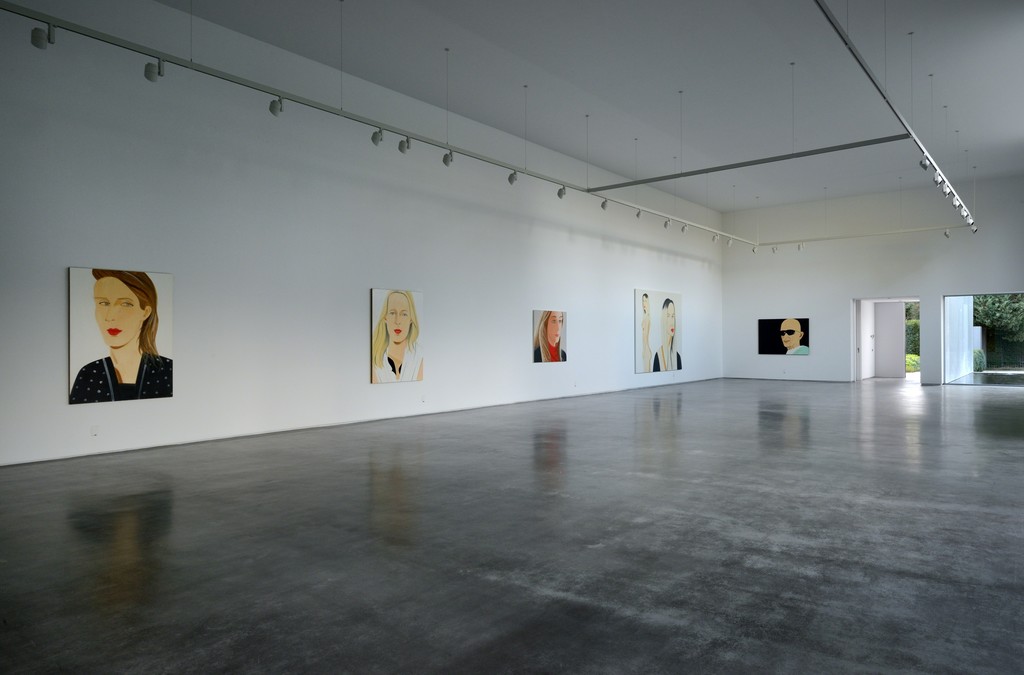 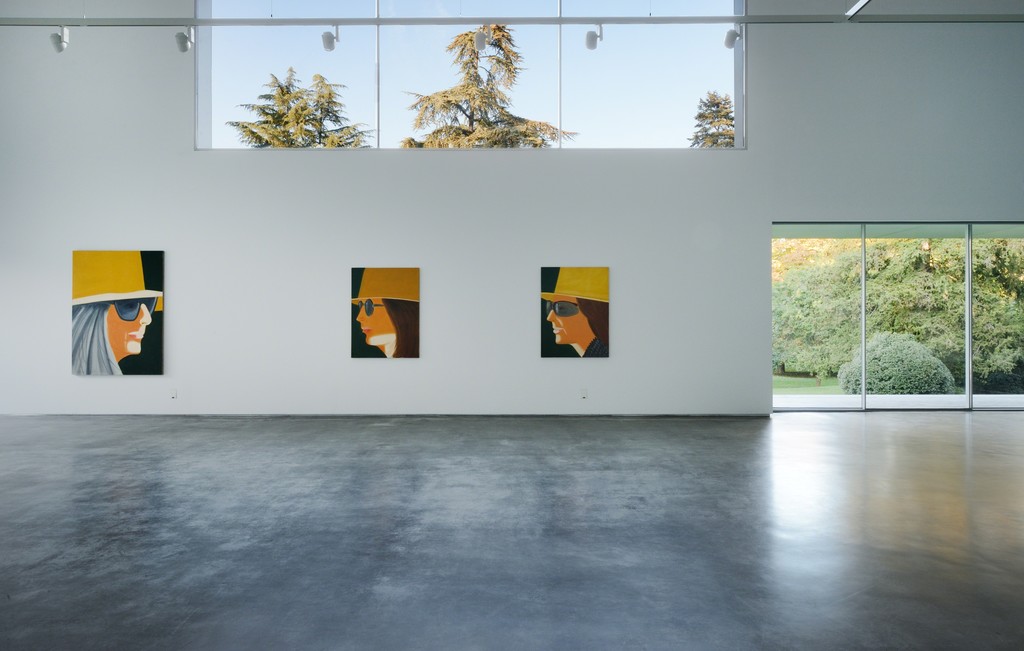 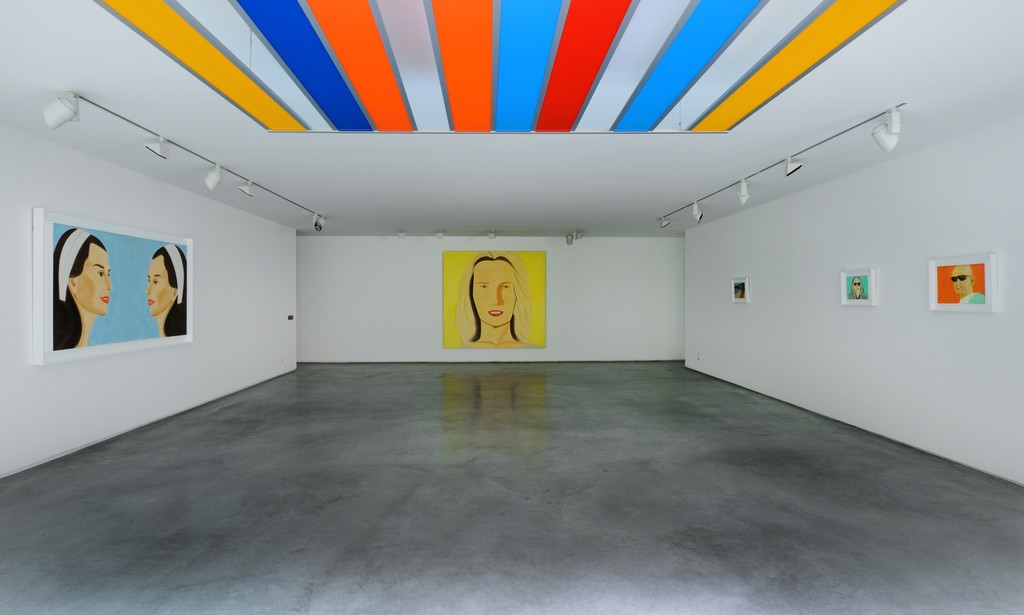 The gallery is proud to present a new exhibition by the New York artist Alex Katz (b. Brooklyn, 1927). Portraits brings together a selection of works centred on one of the traditional forms which have brought the artist wide recognition, and it includes some of his most recent work.

After graduating from the Cooper Union art school in Manhattan in 1949, Katz won a scholarship to study at the School of Painting and Sculpture in Skowhegan, Maine, where he first began to explore plein air painting. At the beginning of the sixties, influenced by photography, cinema, television and advertising, he began to paint in a larger format, combining broad canvases with his interest in the classic portrait. In 1968 he moved into a building run by an artists’ cooperative in SoHo and has lived and worked there ever since.

Over the decades, his unique and unclassifiable style, committed to figurative painting but with a cool aesthetic, has continued to distinguish him from his contemporaries. He started to develop his painting technique when Abstract Expressionism was at its full height, and he has been seen as a forerunner of Pop Art, although he never belonged to either movement. Some of the most distinguished representatives of the American art scene in the eighties, such as David Salle and Francesco Clemente, took him as a role-model who vindicated their figurative practices, while others, such as Richard Prince and Liam Gillick, have championed his contributions to the discourse of Modernism.

The collection of portraits that make up the current show are dominated by the presence of the female form, the focus of many of his works, both in the studio and from outdoor sessions. Katz has professed his interest in capturing the beauty of his surroundings, trying to convey elegance through the details of everyday life that he observes in his immediate environment: his family, friends and social circle, New York’s artists and intellectuals. Painted from life in a single sitting, his canvases communicate an inner energy within suspended time. His models appear as enigmatic and distant as antique sculptures or Renaissance portraits, but at the same time undeniably original and modern, both intimate and iconic.

The only male presence in the exhibition is the painter himself, and his self-portrait hangs next to the subjects whose features provide him with the opportunity to explore different treatments of the human face: straight on, three-quarters and profile, single and double, completely foregrounded, with fashionable accessories such as hats or sunglasses; figures, half and three-quarters length, some nude; heads set against neutral or monochrome backgrounds. These are all in a style that is instantly recognizable by its delicacy and economy of line, its nuanced use of colour and its subtle lighting of surfaces and planes.

Alex Katz is an artist of great international renown. Over the course of his career, he has received numerous awards and his work forms part of more than a hundred public collections worldwide, from New York’s MoMA, Whitney and Metropolitan (which is opening a room dedicated to his work this autumn), to the Tate Modern in London, the MMK in Frankfurt, the Albertina in Vienna, the Museo Reina Sofía in Madrid, and the Guggenheim in Bilbao. Guggenheim, Bilbao, is currently hosting a large-scale retrospective with landscapes from the last 25 years, Aquí y ahora (This Is Now), which has transferred from the High Museum of Art in Atlanta, Georgia, and runs until February. In 2014, Tate Modern in London dedicated one of its Artist Rooms to him and he was the subject of the show Drawings, Cartoons, Paintings at the Albertina in Vienna. Recently, his work was included in the thematic exhibition Face Value at the National Portrait Gallery in Washington, D. C., and the Colby Museum of Art in Waterville, Maine, is currently showing Brand-New and Terrific: Alex Katz in the 1950s.