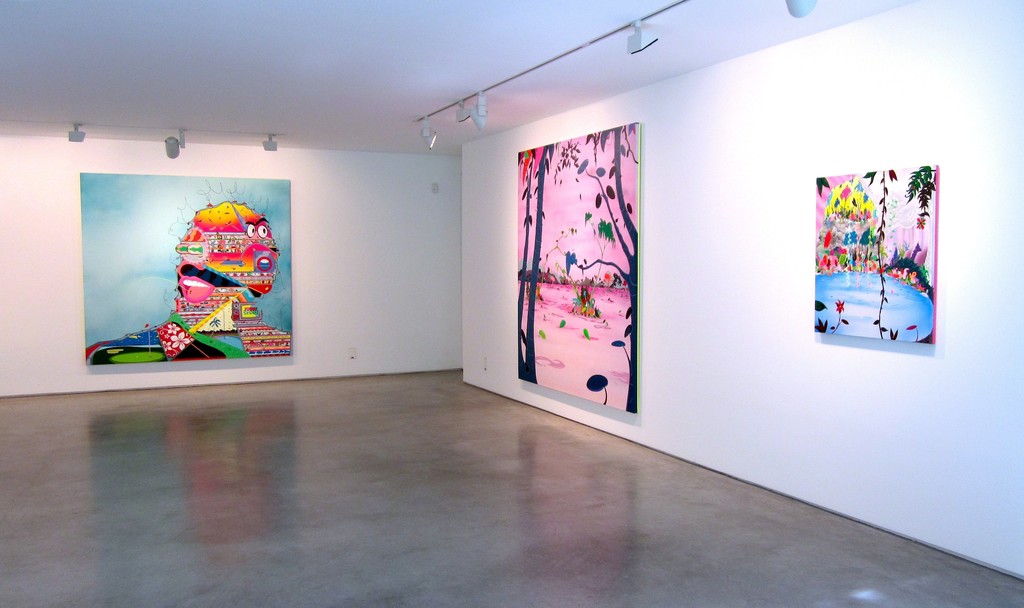 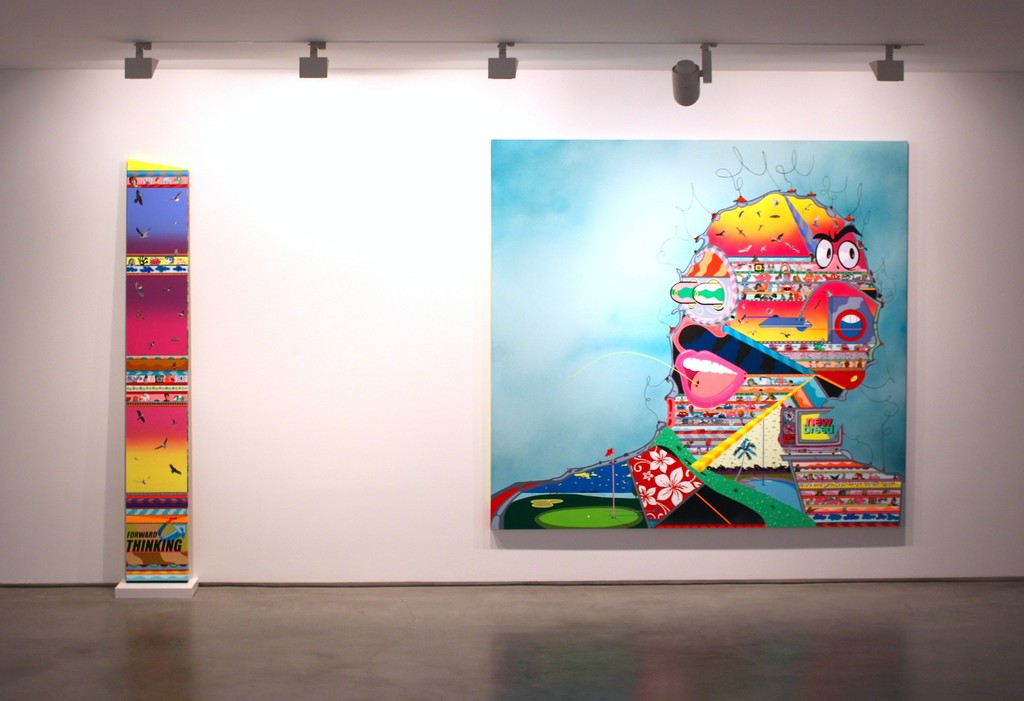 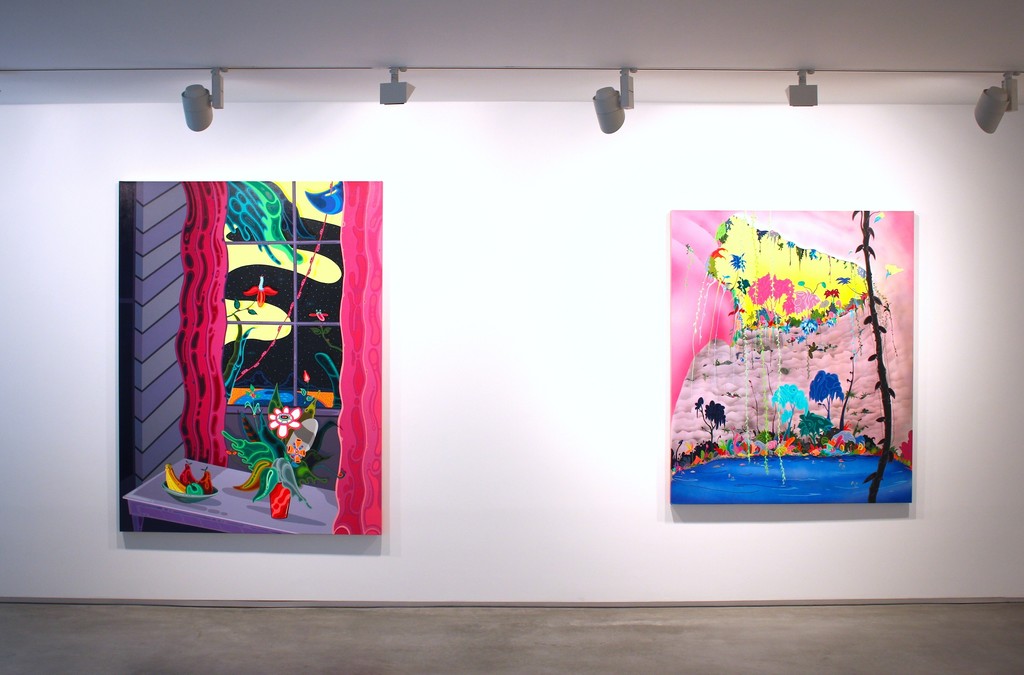 Galería Javier López initiates a new line of projects, differentiated between both rooms for the first solo exhibition in Spain of the American artist Erik Parker (Stuttgart, 1968). In '¿What About Now?' this New York based artist presents a selection of recent paintings in which he shows the latest interpretations of traditional genres of portraiture, landscape and still life, always dominated by his personal colour range, acid and saturated. Between realism and rationalism, Parker is positioned for visions of dream worlds and an orderly chaos halfway between late nineteenth century Symbolism and the Surrealism of the first half of the twentieth century, creating images that he describes as "fragmented samples of our culture."

Parker studied with Peter Saul in the mid-nineties at the University of Austin, Texas, where he showed a special interest in the precedent figurative painting and began to adopt the use of vivid colors and a compositional architecture based on organic forms. He completed his studies at the School of Art at the University of New York, at which time he began to develop his own visual vocabulary based on the manipulation of found images and the amalgamation of influences ranging from psychedelic covers from the sixties to graffiti from the eighties, the illustration and alternative music, among other North American cultural counter-demonstrations. His style has been linked to the group of the Chicago Imagists, Pop Art contemporaries, for his inspiration in Surrealism, the Art Brut and independent comics, in which Parker prefers to go deep rather than in the mass culture society of consumption, which makes references in a satirical manner. He also references the upheaval and expressive figuration of Francis Bacon and Philip Guston, especially for the distortion and disintegration of the human body in liquid illustrations that are the visual equivalent to be music that Parker listens to and which he adds words or phrases with neon letters that provide a current and critical taste.

In '¿What About Now?' we see how his characteristic hallucinogenic, intense, fluid visions are carried to paradisiacal landscapes and still lives of classical influence, as Roy Lichtenstein already did to honor these genres sifted through the filter of Picasso and Matisse. With these fantastic scenes Parker manages to create an escape to exotic places without leaving his studio in Brooklyn, as was the case with imaginary landscapes painted by Henri Rousseau that were conceived without leaving his home country or similarly African American Joseph Yoakum (both self-taught) who used to mix memory and imagination. These scenarios, where the vegetation acquires anthropomorphic appearance and projects unreal shadows, are seductive and sinister at the same time, as if they were taken from a Disney movie, taking us back to far away forests or beaches and home interiors that remind us of the "artificial paradises" of Baudelaire, for whom the true reality was only in dreams.

Erik Parker has exhibited internationally, individually in galleries in New York, Los Angeles, Tokyo, London, Paris, Berlin, Cologne, Copenhagen, Zurich, Geneva and Milan. Among his institutional projects we could highlight 'Liner Notes' at De Appel (Amsterdam, 2007), 'Focus' at the Modern Art Museum (Fort Worth, Texas, 2010) and, more recently, 'Too Mad to Be Scared' at the Aldrich Museum of Contemporary Art (Ridgefield, Connecticut, 2012). His work has also been included in numerous group shows, some of the most relevant are 'Greater New York' in the P.S. 1 Contemporary Art Center of Long Island and 'One Planet Under a Groove', traveling by museums in the United States and Europe. In 2007 he was part of the 'Pop Art in the permanent collection of the IVAM' in Valencia and two years later in 'Painting a Better Present. Paintings collection Diezy7' in the Sala Naos of Santander. This summer he contributed with several paintings of different format in the collective of comic 'KNOCK! KNOCK!' at the gallery.