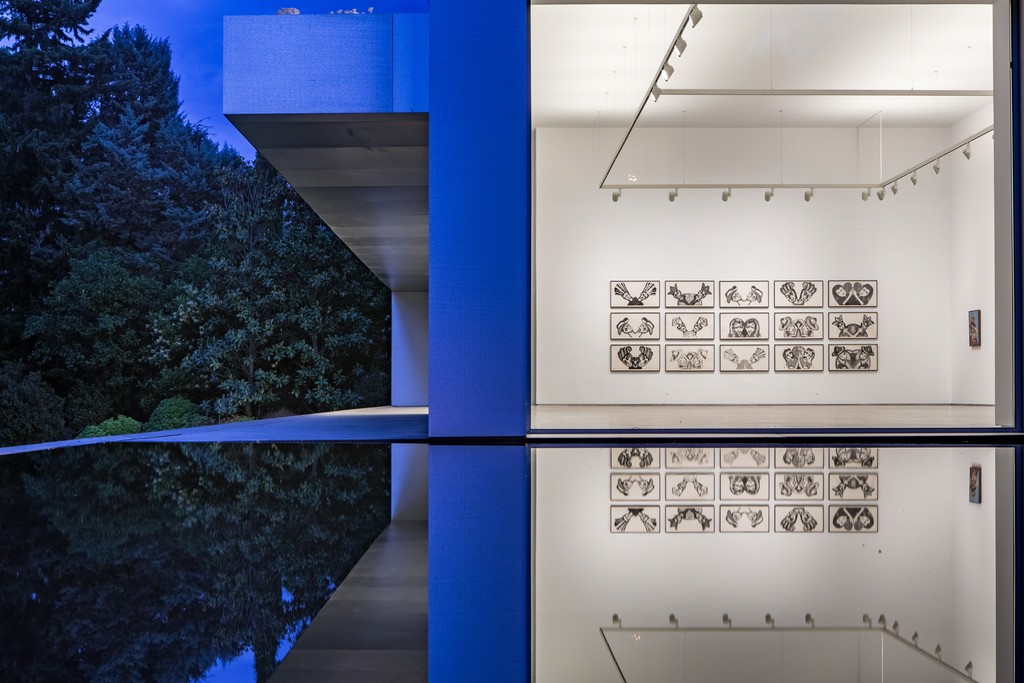 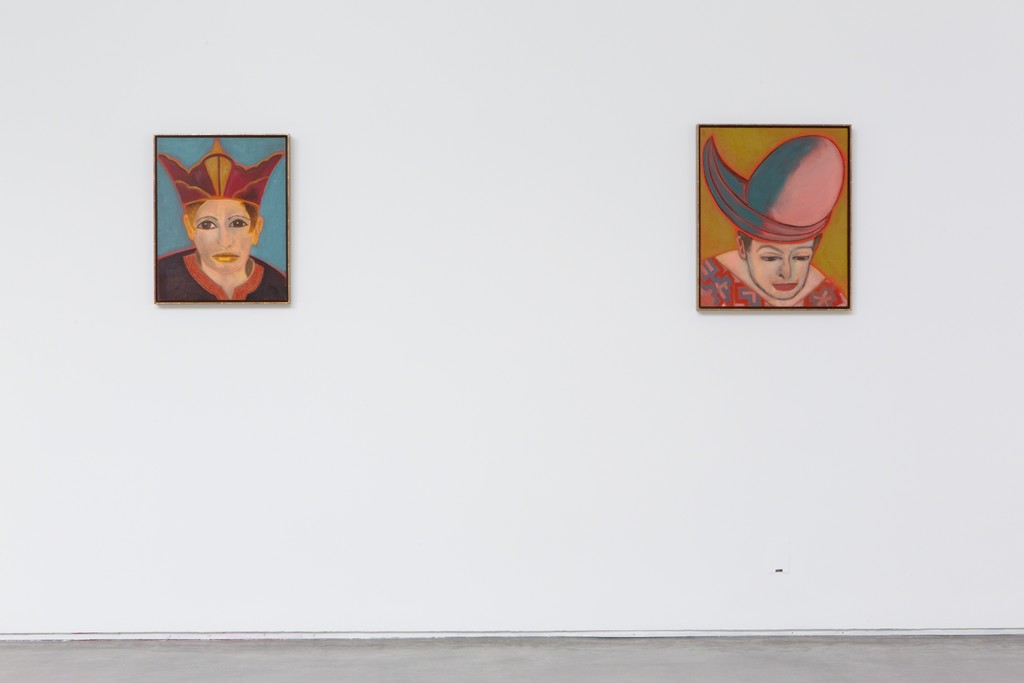 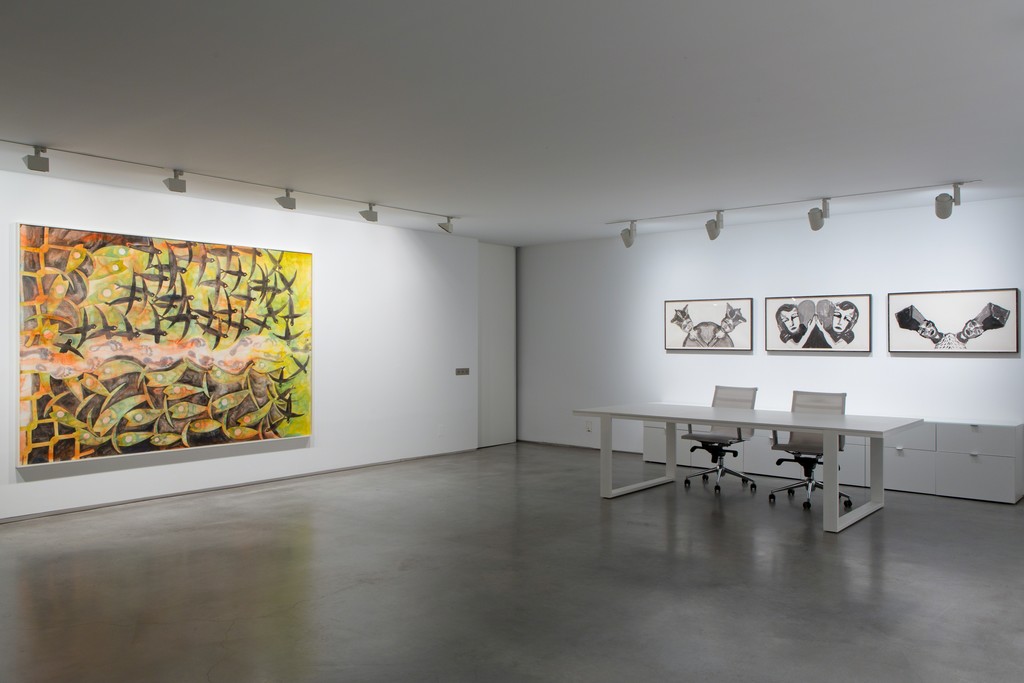 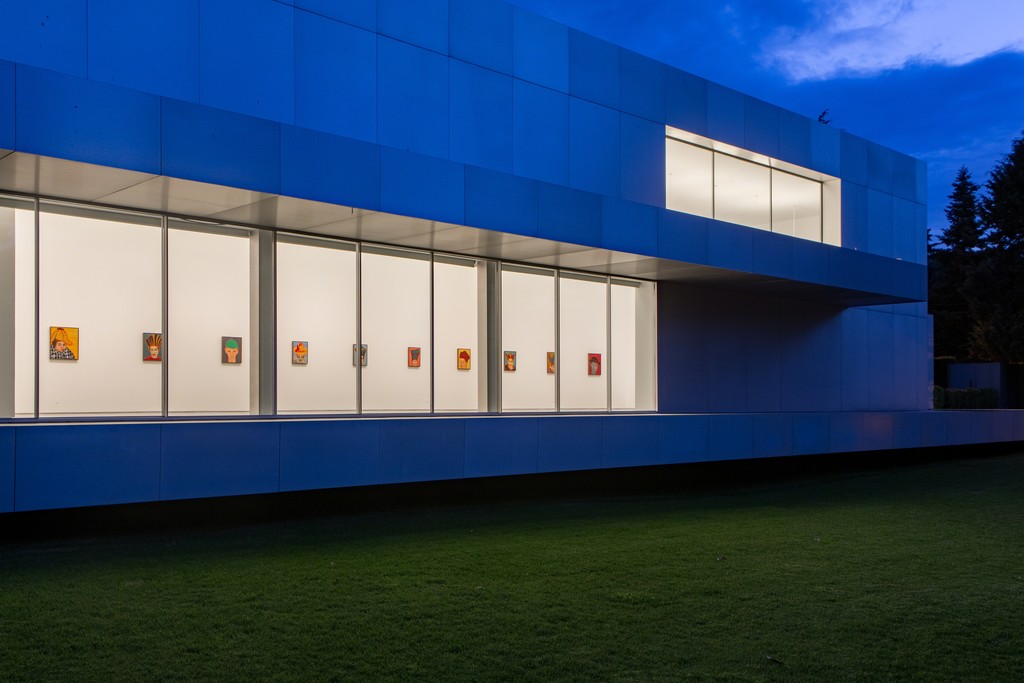 The gallery is proud to present the third solo show in Spain by Francesco Clemente (b. Naples, 1952): a very personal project that brings together a group of forty recent works dedicated to his companion and muse, Alba. The exhibition, which pays tribute to his wife on their fortieth wedding anniversary, consists of three separate series: eight pastels on paper, twelve small-scale oils on canvas, and twenty ink drawings on paper. The different groups of portraits show separate aspects of the same person, reflecting the artist’s belief that being is fragmented and in constant change. They are inspired more by reverie and intuitive feeling than by actual appearances, as they are painted from memory.

When Francesco Clemente met Alba Primiceri in the mid-seventies, after returning from his first visit to India, they were both living in Rome, where he had made his first forays as a painter and she was well known as an actress in avant-garde theatre. They have spent long periods together in Chennai (formerly Madras), where he set up a studio, and since then he has worked there in collaboration with local artisans. He continued with his declared aim of reconciling European cultural tradition with eastern spiritual vision when he and his family relocated to New York in 1981.

In the cultural context of New York in the mid-eighties and early nineties, Clemente came into contact with writers and visual artists who enriched his creative perspectives, and these friendships are directly echoed in his subsequent work. For some of these artists, Alba became an icon of beauty and mystery, ambiguity and sophistication, as seen in the photography of Robert Mapplethorpe, Andy Warhol, David Seidner, and Bruce Weber, and in the painting of Jean-Michel Basquiat, Julian Schnabel, and Kenny Scharf. Alex Katz has also painted his friend’s wife on several occasions, fascinated above all by her style and the elegance of her gestures.

Yet it is the portraits of her by Francesco Clemente that offer the most interesting glimpses of Alba’s personality and, by extension, the artist’s own—he has stated that all artists see themselves in their muse. He has also often included himself in portraits together with her, fusing both faces into a single image. One of the best-known until now may be the picture that shows her reclining in a red dress with an Indian bracelet, which was used as the image for his exhibition at the Guggenheim in New York in 1999.

In most of the portraits in this exhibition, Alba is wearing hats that seem to belong to ancient, exotic civilisations or religions, and she is also shown smoking—the cigarette as a distinctive feature reminds us of the poem “Alba’s roach” by Vincent Katz, which is included in the volume that appears in conjunction with this project, along with a poem by Enrique Juncosa. There are also double representations, disparate reflections, as if two separate moments or realities of a single identity were captured in a mirror. In all of them, the artist projects himself at the same time as he imagines or remembers all the layers, all the Albas that compose the complex idea of his eternal beloved.

In the last four decades, Francesco Clemente’s work has featured in many international exhibitions and his creations form part of the world’s most important collections of contemporary art. His most recent projects have included Fiori d’inverno a New York (Santa Maria della Scala, Sienna), where Alba collaborated in selecting the flowers that feature in each of the five paintings in the cycle; Encampment at Carriageworks in Sydney, and Dormiveglia at the NSU Art Museum in Fort Lauderdale, Florida.