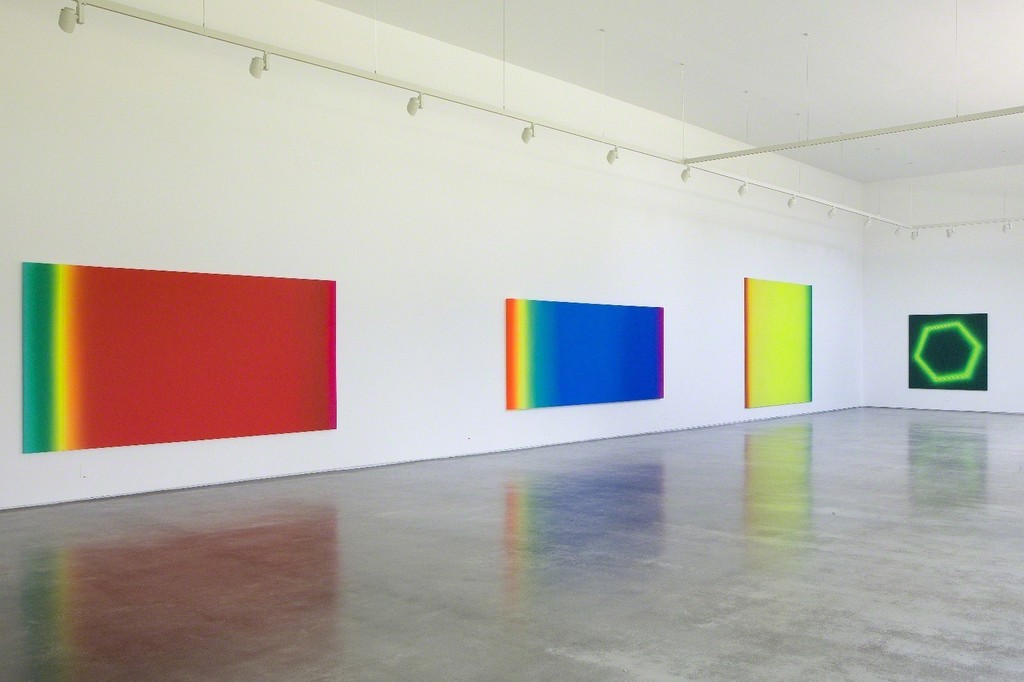 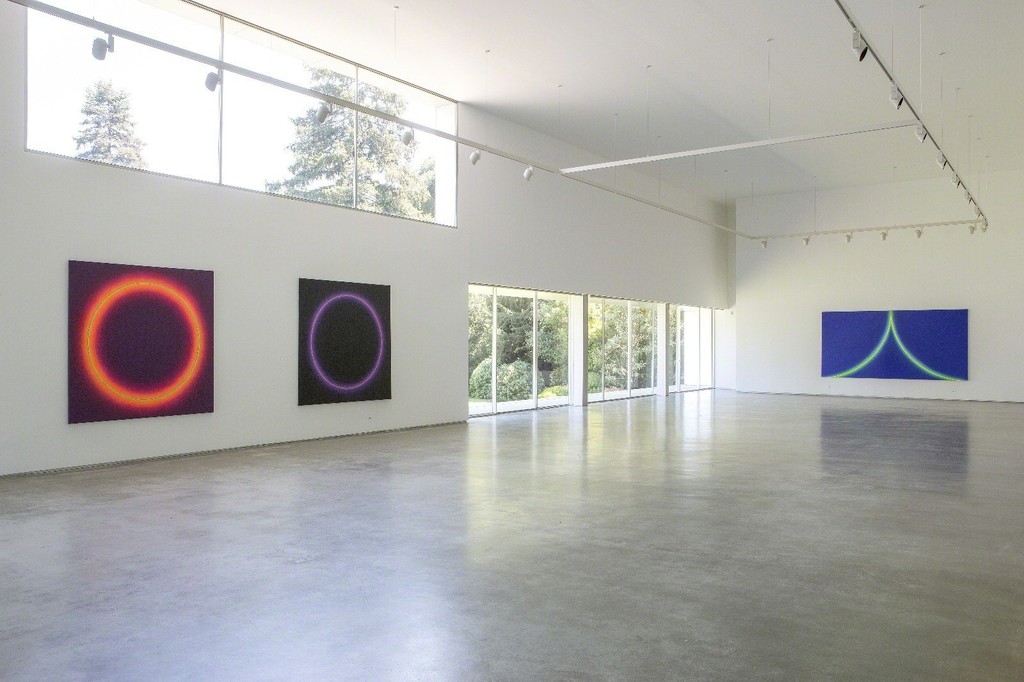 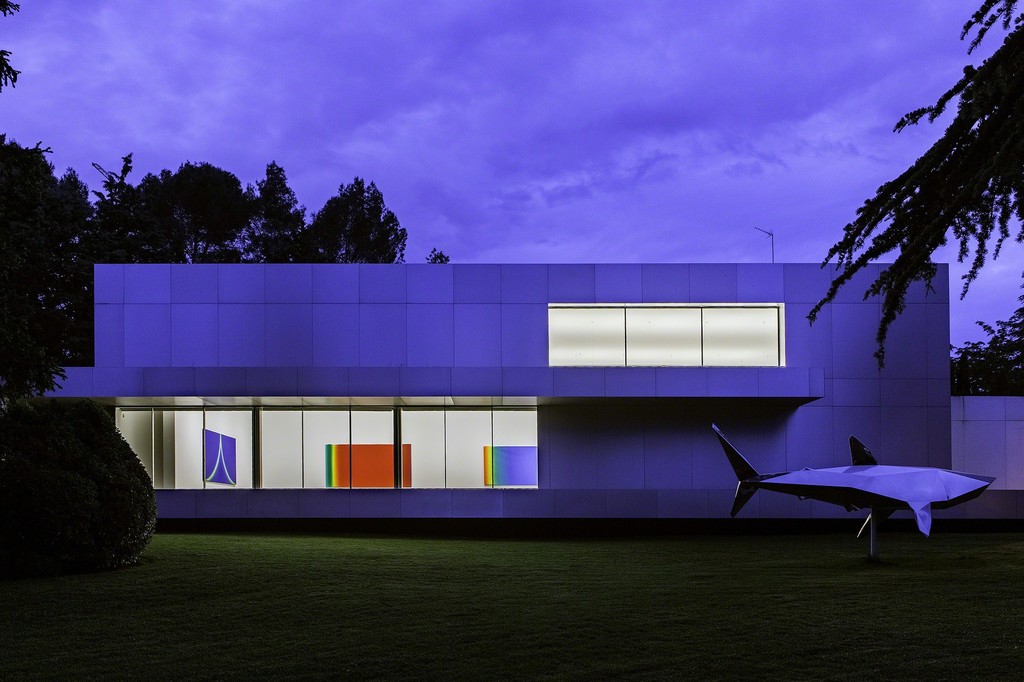 The Galería Javier López & Fer Francés is proud to present Logos y Mitos by José María Yturralde (b. Cuenca, 1942), an exhibition about scientific and cultural knowledge in the West that arises from a mythos centred on “the ambition of overcoming opposites, including also a synthesis embracing both rational
understanding and the mystical experience of unity”.* In the words of the artist: “My intention in these paintings is to unite concepts that come from Western culture with images whose influence is clearly Eastern and to establish relationships, parallels, and corollaries between their meanings. For me, the
wisdom, the spirituality, that comes from both cultures is universal as both merge at the deepest level”.

This selection of new paintings speaks eloquently of Yturralde’s creative vitality both through their monumentality and their chromatic sensuality—Fernando Castro Flórez’s terms to describe the work of this painter so crucial to Spanish abstract art. The beauty of light and its variations are central to his reflections about overflowing the limits of painting towards immateriality, and the path of the sublime, the void and the infinite leads us to a creative spirituality which can be associated with the symmetrical resonances of mandalas and the expressive conciseness of haikus.

The formal elementality of Yturralde’s pictorial compositions is the purified aesthetic realization of a complex contemplative core principles that are both transcendent and evocative, using a powerful emotional component to oppose the objectivity and possible coldness of the conceptual geometric, mathematical, and ultimately scientific basis constructed by the artist’s thought. Even at the early stages of his training, he was interested in the transforming possibilities of an art united with science and technology, and was attracted by the expressive potential of abstraction, which have been constants in his work to the present day.

From Eastern philosophies he has taken the concentration on ideas that are apparently simple but extraordinarily dense philosophically, which he expresses emphatically in minimalist but intense abstract painting that combines geometry and colour, light to reveal the absolute in the balance of opposites such as nothing and all, void and fullness, minimum and maximum. In these recent works, colour—and its absence—takes on major role as a spatial and symbolic element. The titles that Yturralde chooses for his creations are representative of his concerns and influences: for example, Citrinitas and Rubedo are the last
two stages of the alchemical process; the series Syzygies refers to divine pairs in Gnosticism and Theletos and Pistis Sophia are two such Aeons or emanations; Izanami is the goddess of creation and death in
Japanese mythology.

His most recent exhibitions have included Cartografías de lo sublime Cartographies of the the sublime) at La Nau de la Universidad de Valencia. He has taken part in the Architecture Biennale in Orléans as part of the tribute to the Spanish experimental scene of the seventies celebrated in Les Turbulences - FRAC
Centre Val-de-Loire (October 2017 – April 2018). And his work occupies a prominent place in the exhibition The Asia Principle: China, Japan and India & Contemporary Art in Spain (1957 – 2017) at the Fundación Juan March in Madrid (March – June 2018).