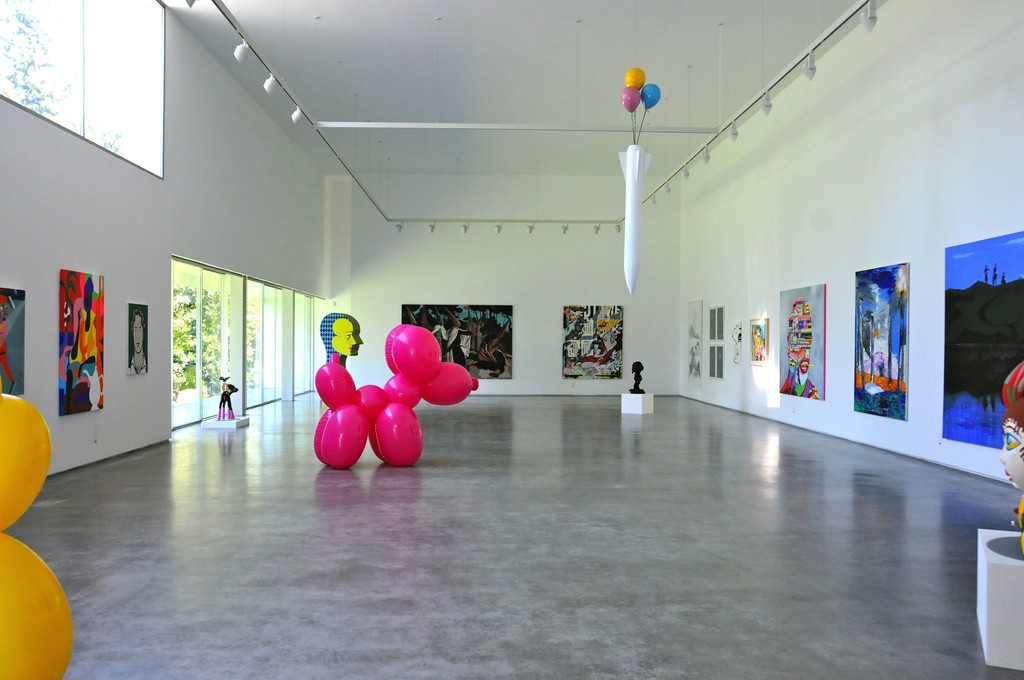 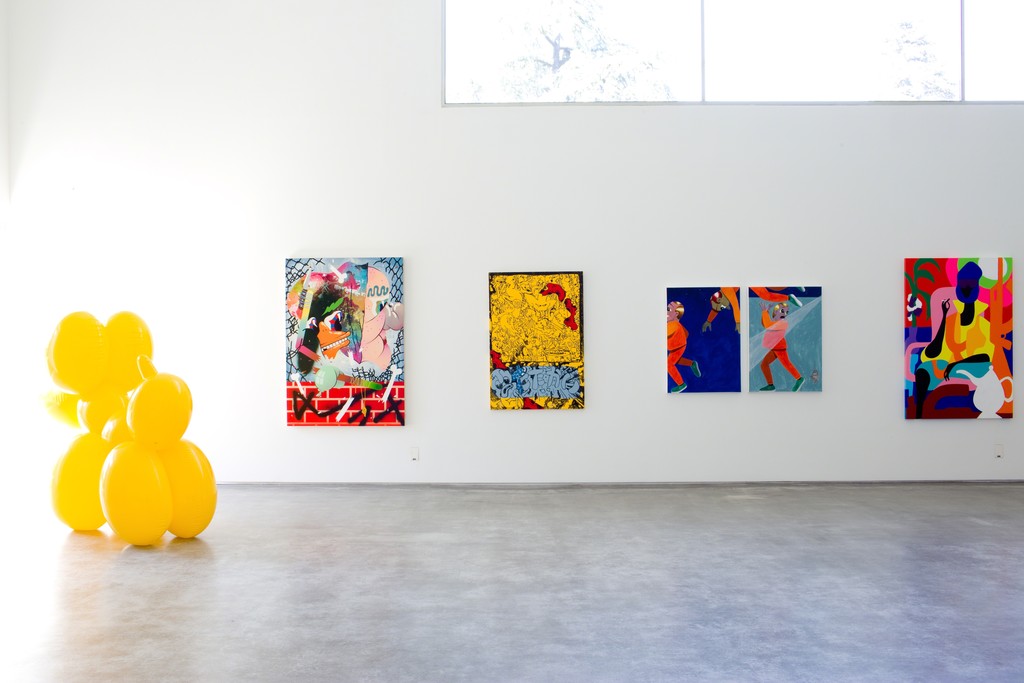 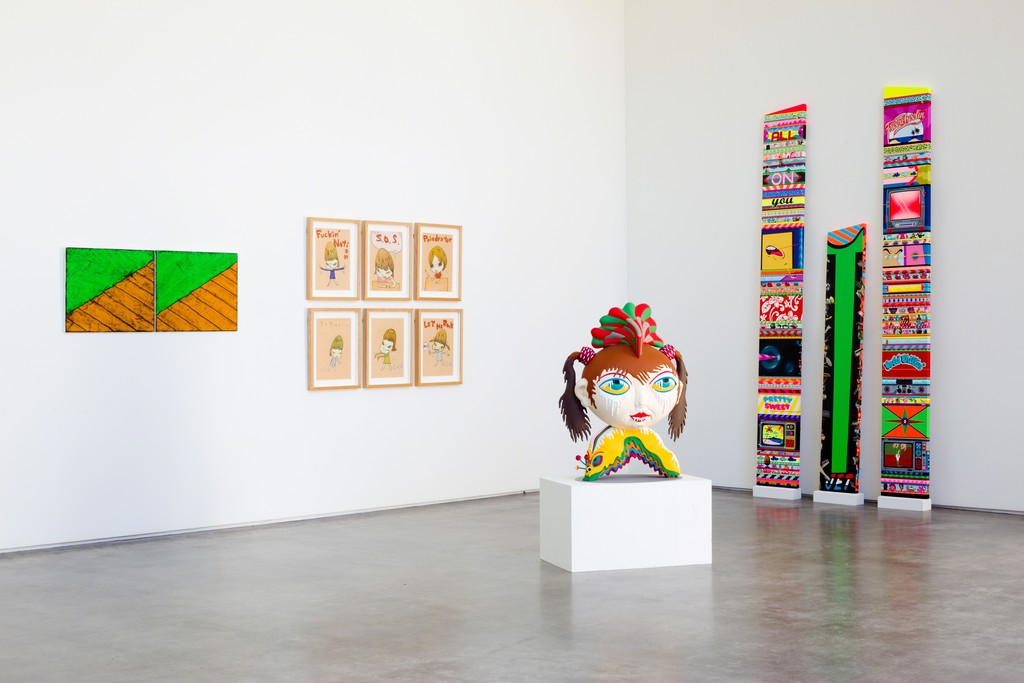 Galería Javier López presents the exhibition Knock! Knock! curated by its director, Fer Francés. The selection brings together the work of forty visual artists and international illustrators, many of whom show their work for the first time in Spain. The exhibition reflects the influence and evolution of the comic as an artistic and graphic demonstration as well as the vast relationship between comics and contemporary art. Comics - often unfairly categorized as ‘minor art’ - have been demonstrating for a long time the astounding quality of great artists, with a vast level of production that do not correspond to their social recognition. The exhibition does not seek to become a manual of the history of comics. However, intends to draw the viewer’s attention to a clear reality within the international context that has to do with the growing recognition of this genre. It is a unique presentation in the Spanish art market and offers an opportunity to access original works by many key artists in this discipline or, to some extent, be influenced by it, but with poor visibility in our country.

With this exhibition Galería Javier López is not looking to create a revolutionary exhibition, but instead a demonstration made by revolutionary artists; artists who are contributing to change and who want to make the world aware that both the comic and contemporary art is for everyone. Fleeing from the reductionist topics of comic and the labelled contemporary art as a territory only for elites. Under the title Knock! Knock! - onomatopoeic sound that means knocking on the door -, Javier Lopez opens its doors to both, artists, many of them perhaps considered outsiders of the art market, and also a public that still has great respect for the barrier outside an art gallery.

The exhibition presents a remarkable relationship of influences and styles that summarizes the evolution from the underground comics, graphic novels and contemporary art.

Since its inception, the Pop Art movement has been one of the greatest of the twentieth century, achieving influence for later generations. Nonetheless, it is noteworthy to say that, while Pop enjoyed a hegemonic boom it was a large expanded stream among the young hippies, underground comic, which also marked a before and after in the way of being ironic and drawing stories. Robert Crumb was precisely one of the most important figures of this movement. The underground comic was presented as an ironic way of looking at society from an acid and critical standpoint. And it was these characteristics that, first, made the comic became adult reading and, secondly, that the genius of writers like Chris Ware turned it into cultured novel with the today society as subject and thematic pretext.

Knock! Knock! is an approach to one of today's most forgotten or ignored tendencies by contemporary art, however, it is a source of attraction, reflection and influence to a lot of current artists. It is truly amazing the huge direct references of this movement in contemporary art. In the exhibition there are a great variety of formats and techniques, from comic stripes to sculptures, through drawing, painting or installation. It is impossible to gather all the truly important artists whose work is related to the theme of the exhibition and, based on this obvious limitation, the selection has sought to be as generous and wide as possible. Not for nothing in it you can see the work of established and emerging artists coexisting, those from the world of comics with contemporary art. And at the same time the look has a truly international, global vocation, finding that comic book culture is rich in diversity but at the same time, even in principles, gestures, intentions and goals.

Bringing together the most important names in the history of underground comics, Knock! Knock! unites artists who come from the purest comic evolution towards graphic novel and its proximity to contemporary art, as Brecht Vanderbroucke or El Roto; while others as Keiichi Tanaami, KAWS, Horfee are directly linked to the American and Japanese illustration. The exhibition is nourished from the relationship between these two movements as well as from the matching look of seemingly disparate artists from generations, backgrounds and sometimes opposing and distant paths that are looking in the same direction.

The collaboration of Galerie Martel, Tim Van Laere Gallery, ADN Galería and MAI36 has been very important for the realization of this project.