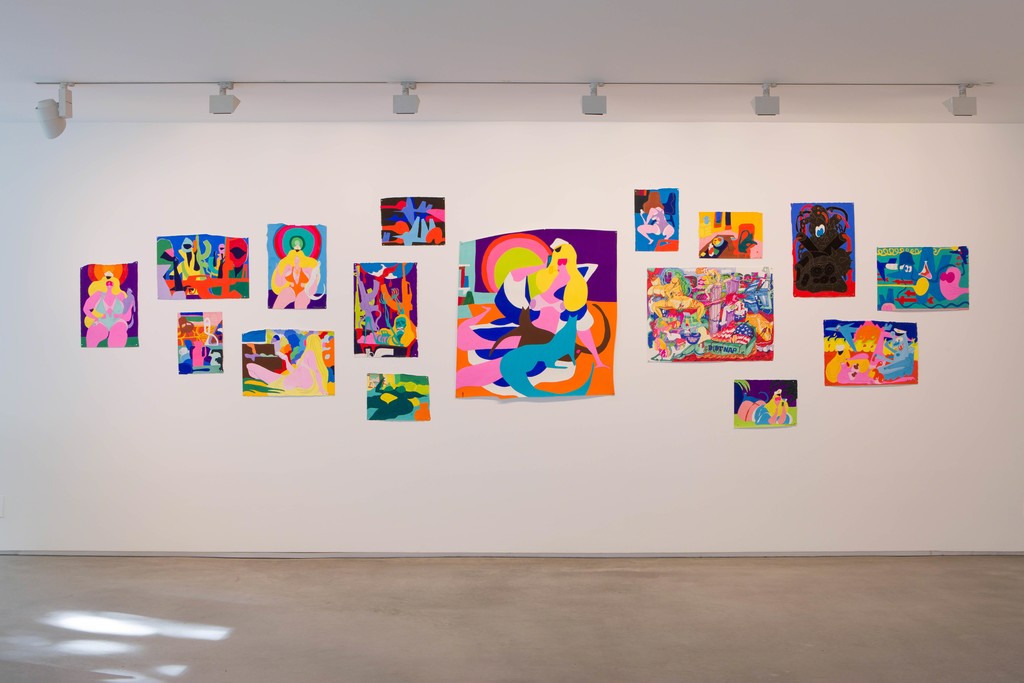 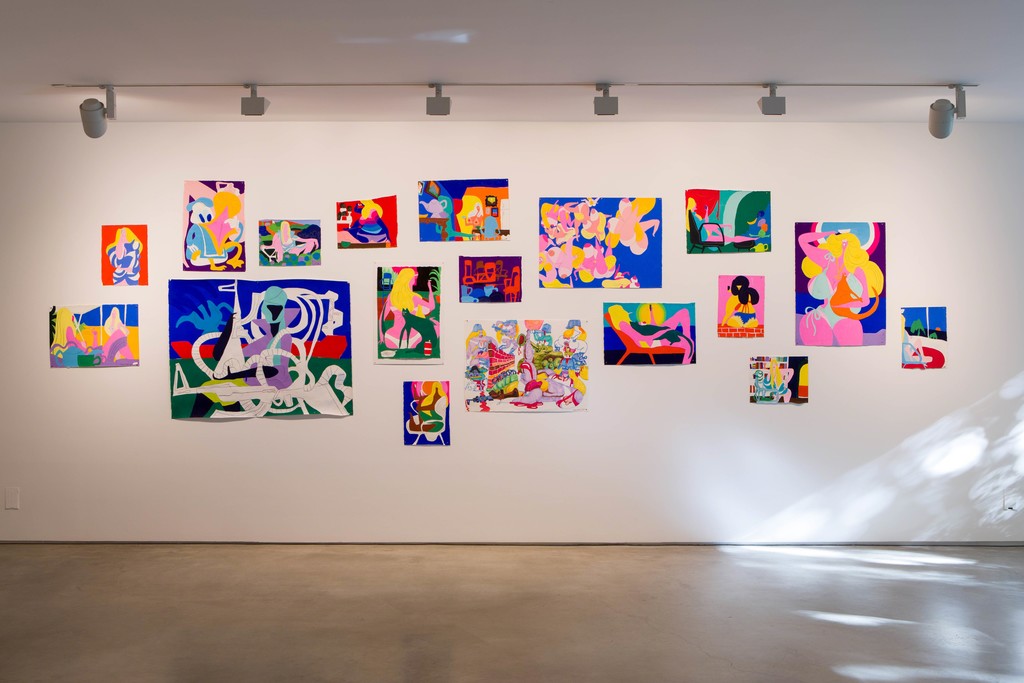 Galería Javier López & Fer Francés is marking the return to showing separate projects in the two rooms at the space in La Florida with a solo exhibition by Todd James (b. New York, 1969), which focuses on his work on paper. In Love To Love You the artist is showing a wide selection of recent drawings where some of his most recognizable themes are evident: pirates with rifles, tanks and military airplanes in jaunty attitudes, women with cats in idyllic landscapes or in quiet bourgeois interiors—and these last have increasingly been coming to the fore, to the point of becoming separate scenes.

James shows an indisputable ability to synthesize images drawn from the overflowing stream of media information that inundates us every day and sometimes drowns us. The scenes he presents invite contemplation in an age when we are rarely offered time for reflection. The figures of women, generally lightly clad or nude silhouettes, have gradually been taking a dominant place in his universe of colours and forms; they smoke cigarettes, drink tea, and watch meditatively, in frozen moments, static atmospheres, sometimes with an element of anxiety but more and more relaxed and hedonistic now, in contrast with the hysteria and hectic rhythm beyond their walls.

In this selection of works, we can see how the compositions are becoming more complex, as James reorganizes our traditional perception of foregrounds and backgrounds. The objects that populate the interiors—chairs, tables, flowers, books, painting, fruit, skulls, teapots, cups, ashtrays, pipes, and cigarette butts—are transformed into an alphabet of shapes that resolve into one another and combine through the artist’s original palette and exuberant outlook.

The title of the exhibition refers to the pleasure he takes in painting, a celebration of love for what one is doing, and Matisse’s joie de vivre; James acknowledges his admiration for Matisse, and the Frenchman’s spirit somehow imbues the pictures of recent years. The title’s wording was inspired by the song Love to Love You Baby—a hit for Donna Summer in the seventies—which has a sensuality that is embodied in the blonde girls who capture the viewer’s gaze with their voluptuosity and, sometimes, sass.

Todd James lives and works in New York, where he attended the High School of Art and Design in Manhattan, an institution recognised for the welcome it has extended to many graffiti artists. He has had shows around the world, including in New York, London, Paris, Tokyo, Copenhagen, Brussels, Sydney, and Melbourne. Group exhibitions that have featured his work include, most notably, the impressive joint installation Street Market, that was revised for the Venice Biennale; the influential Beautiful Losers, which travelled from museum to museum in North America and Europe over five years; Art in the Streets at MoCA in Los Angeles and the Brooklyn Museum in New York; and The Bridges of Graffiti, as one of the parallel events at the 2015 Venice Biennale. As well as illustrating publications and creating an animation series, he has also collaborated with the television channel MTV and the group U2 on the video of their song The Troubles.

Gallery hours are Monday to Friday, 10 a.m. to 5 p.m.
For further information or images, please contact the gallery.