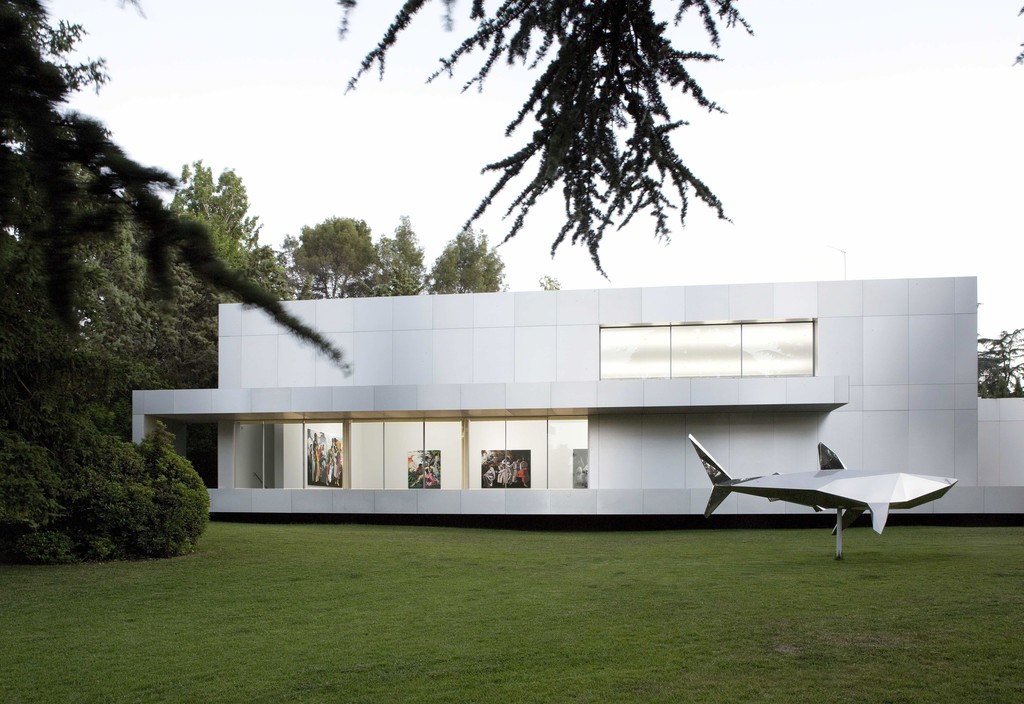 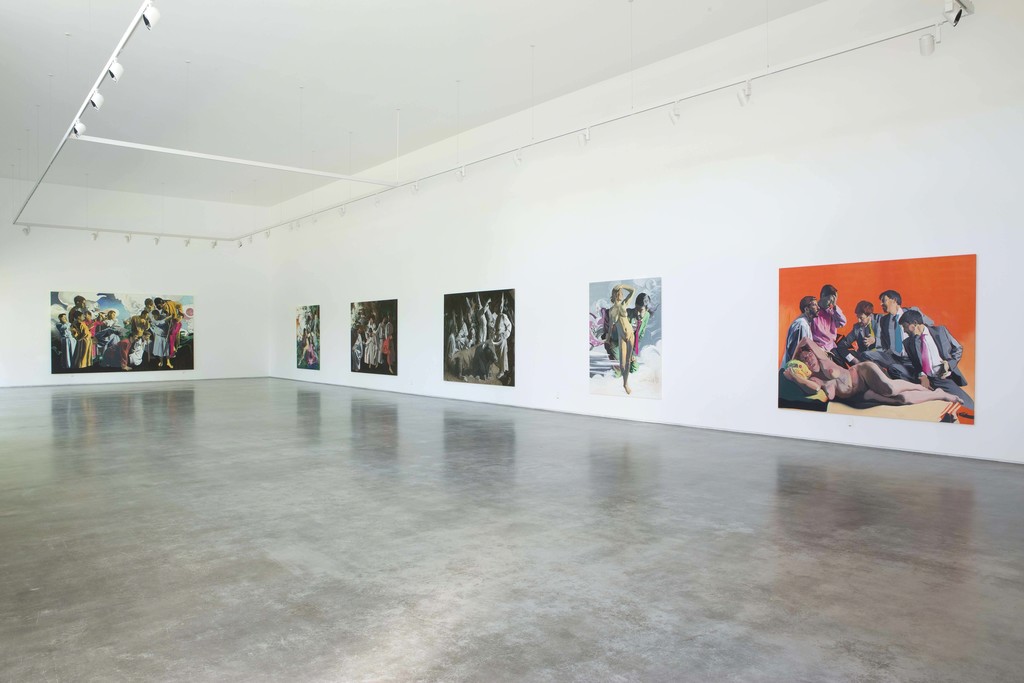 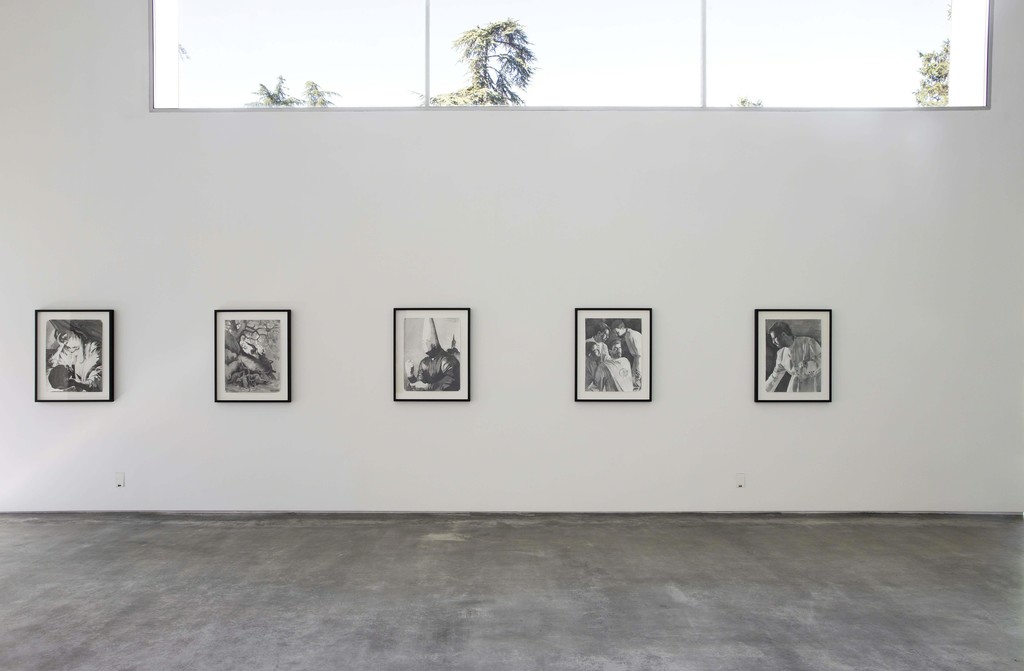 Manuel Leon presents his first exhibition at Javier López & Fer Francés gallery. The commitment to strengthen the presence of Spanish art in its program has taken the gallery to show the work of the Sevillian painter in the second edition of the International Fair Summa Contemporary at Matadero Madrid, where he was involved in a solo project with a selection of white and black watercolors. The gallery has also included some of his paintings in both of the last two editions of ARCOmadrid, Zona MACO, Cosmoscow, Contemporary Istanbul, Istanbul ArtInternational, and Art Cologne. A year ago his work Ciegos que guían a ciegos was part of the collective KNOCK! KNOCK! Recently, the curators of Éros c'est la vie have had two of his large format watercolors for the festival project a3Bandas in the gallery Space 2. After opening in November Un mundo sin luz at the CAC Málaga his first solo show in a museum, this new project states the beginning of a change in his pictorial language.

The title chosen for the exhibition, El traslado, refers to the movement of religious carvings in the days leading up to Easter, when the sculptures are moved from their place of worship to the sorority houses to then go in procession by being walked through the streets of the city. At the origin of this project we find an idea of Manuel León that hast to do with his exercise to explain, as he has previously done in numerous occasions, the conceptual starting point of his painting and the need to move permanently to another place. Both his work and his thought are transitive, which is reflected in this latest series of paintings that consider the principle of transit, an aspect that has not frequently been treated throughout the history of painting, not only in Spain but also internationally. After the suggestions proposed by the exhibition curator Fer Francés, León decided to change the scale of the appropriationists black and white watercolors in where he "paid tribute", sometimes in an ironic key, to which for him were the greatest works of European Baroque or at least seemed to be more appropriate to raise new narratives from others that were known by him. Through these works he realized that he could take advantage of the reflection made by past masters to draw analogies with the reality of the moment he had been faced to live in. However, in a logical evolution after intervening on the work of previous artists, and with the hope of further developing his own new form of painting, he began to compose different images as a collage, which concluded with a rewarding job but at the same time over-demanding, compared to the one he had aimed for.

In recent years, his best known compositions have been staged by penitents with hoods that have allowed him to inquire into questions of identity, expressing critical ideas by making use of previous images of the history of art that have been reinterpreted from a satirical approach. To explore other paths in the middle of 2013 he decided to start working with the actor Fran Torres as a model for photo shoots in which he was dressed in sacramental Sevillian clothing. Although León tested with other models, he decided to represent Torres in his following works because of his professionalism and proximity. He has also been self-portrayed at times, which has opened up for him an infinite world of possibilities in terms of freedom of composition of the pictures. In return, he gave up to the anonymity of his previous figures - the cornerstone of his painting - in which the viewer was reflected; now the equation by which the viewer could identify with what they see would be canceled and instead be exploring the possibilities of the canvas as a mirror - an art exercise as ancient in Spanish painting as Las Meninas -.

In the words of the artist himself "The weight of the clothes on my models held too much of a burden for a comfortable journey for these new territories. Thus, the opening day of what has been so far my most important exhibition; I raised the possibility of introducing other costumes and, of course, face the greatest costume of all, perhaps the most real, but also the unknown: nakedness". This is the point where Manuel León is currently situated: studying texts on feminism, gender, queer, etc. in order to investigate the definition of identity, while at the same time listening to the latest album of Niño de Elche, Voces del extremo. In this line of work, he counts on the actors Fran Torres and Elena Blandon as models for both paintings to the recent watercolors that make up this "return" to the future.

Manuel León (Villanueva del Ariscal, 1977) graduated in Fine Arts at the University of Seville, he is a member of the collective Intervenciones en Jueves and he combines his pictorial work with other projects like Capital y Territorio UNIA Arte y pensamiento, or the visual and theorist adviser of the rock group Pony Bravo. He has participated in the program MAUS - Soho Urban Art Malaga and in August he will have an exhibition in Monterrey, Mexico.