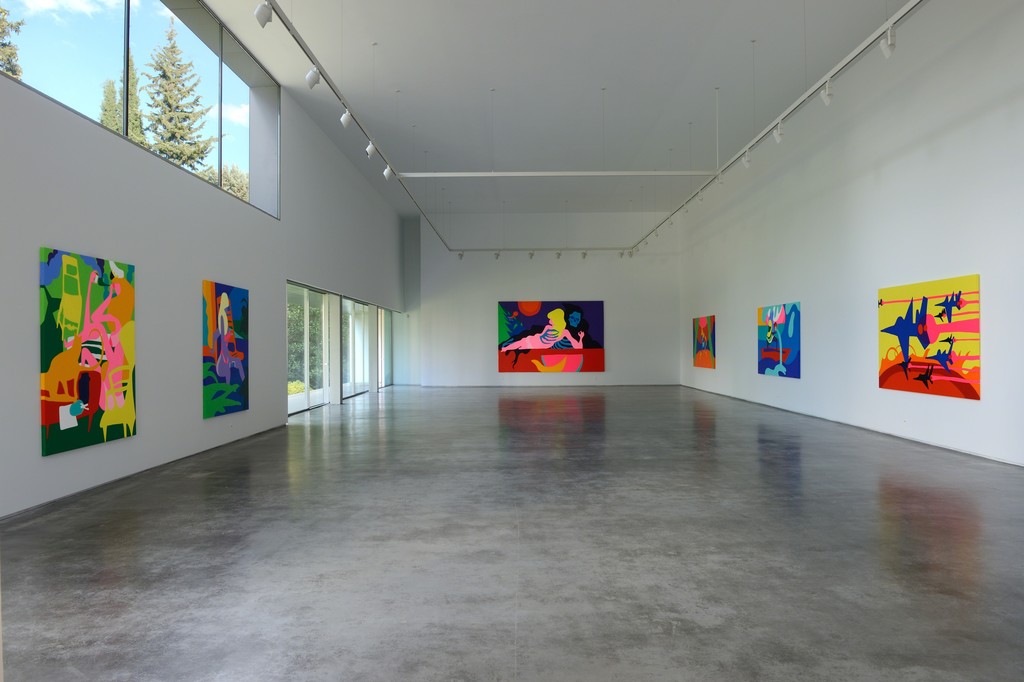 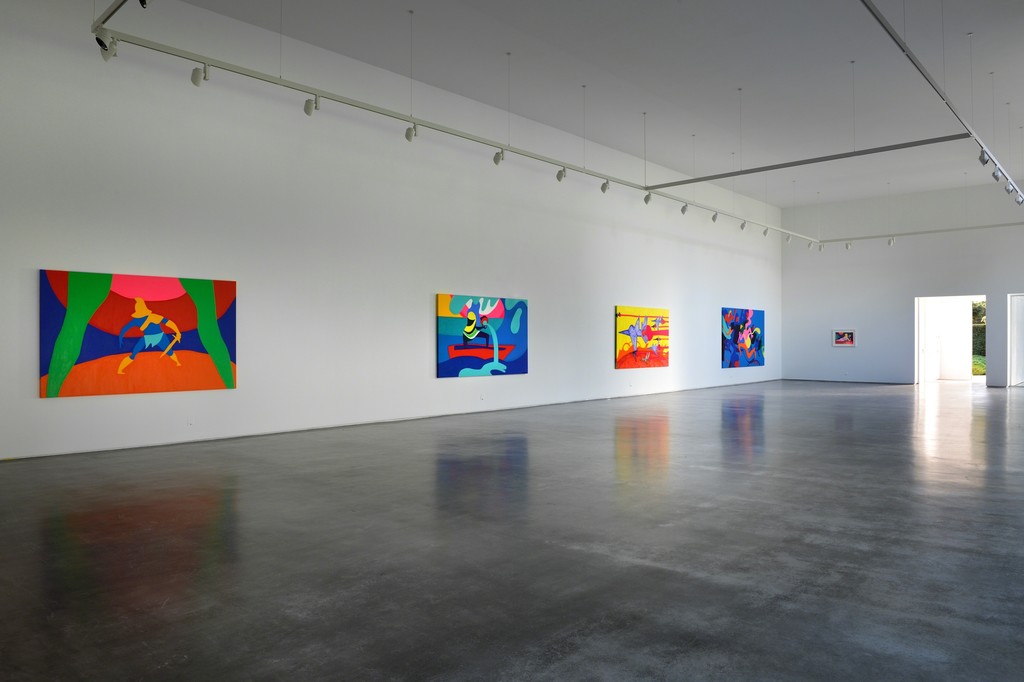 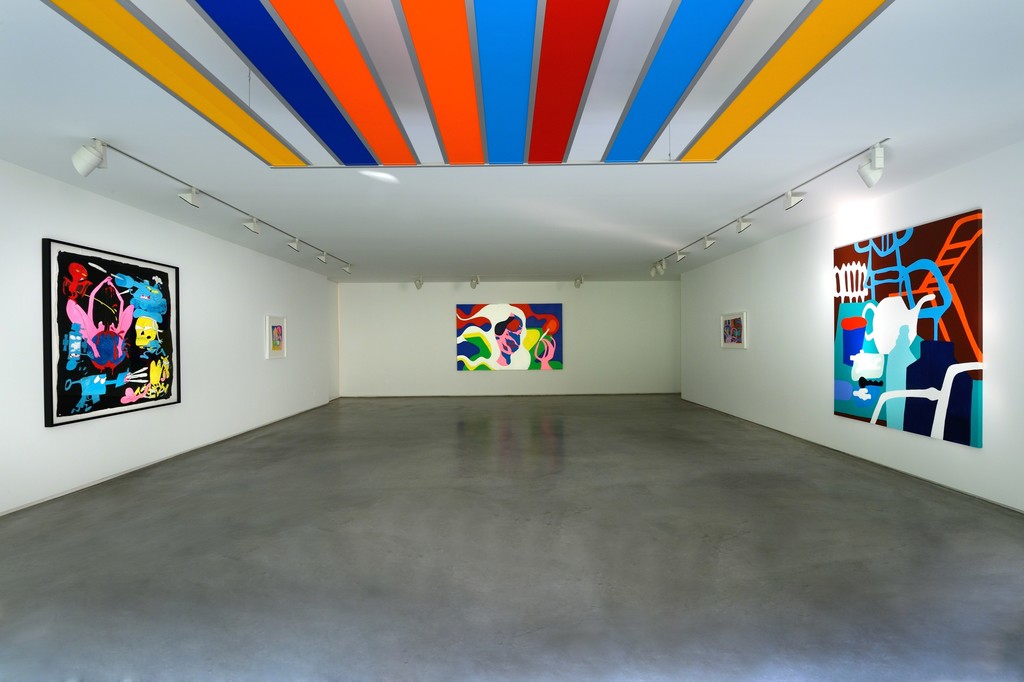 The Galería Javier López & Fer Francés is starting its exhibition season as part of APERTURA 2016 with a new project by the American artist Todd James (b. New York, 1969). We Are One presents a selection of works on canvas in James’s characteristically bold and bright palette of colours. These recent paintings are superficially exciting and aesthetically exuberant, yet they contain an underlying tension. The show’s title refers to a humanity that is holding itself together in a world that, at every moment, seems to be falling apart.James’s unique pictorial environment plays host to figures that explore pressingly current themes—such as protests, invasions, and bailouts—with irony. In the uncertain times we are living through, these works proclaim proletarian ideals by means of powerful images, set against broad expanses of colour, which warn and subvert at the same time. These latest works continue the polarity of tragedy and comedy that has marked James’s work since the 1990s, calling our attention to the inequalities and injustices that are displayed every day in the news about world conflicts, whose violence generates spiralling anguish and despair.
However, Todd James does not limit himself to focusing on the problems arising from the various crises that define our era—its economic, social, ideological, humanitarian, generational, moral crises—but aims to fight the established order by stirring our consciences to take sides. Direct and emotionally untrammelled, these powerful new pictures represent a natural progression in James’s oeuvre, as the world within his works keeps intersecting with the Realpolitik of international affairs. We Are One sends a message that, in the artist’s words: “in the midst of darkness there is always a light (or a lightness of being) to be found.”
James’s imaginative universe embraces scenes of disturbance and confrontation with security forces; scantily clad women with their cats, taking tea and smoking by a poolside or in a landscape at sunset; fighter planes with human features.... Some of these images are related to the video that the artist created for the song “The Troubles” on U2’s most recent album, in which he extended his iconographic repertoire with new figures that touch on reflections about the cycle of life, personal relations in today’s world, and the feelings that this tumultuous time evokes in us.
Todd James lives and works in New York, where he attended the High School of Art and Design in Manhattan, an institution recognised for welcoming many graffiti artists. He has had solo shows at galleries around the world, including in New York, London, Paris, Tokyo, as well as in Brussels, Copenhagen, Sydney, and Melbourne. He has taken part in numerous group exhibitions, most notably at the Institute of Contemporary Art in Philadelphia, the Tate Museum in Liverpool, and the ARoS Museum in Aarhus, Denmark. In 2015 his work was included in the project The Bridges of Graffiti as part of the parallel events at the 56th Venice Biennale.