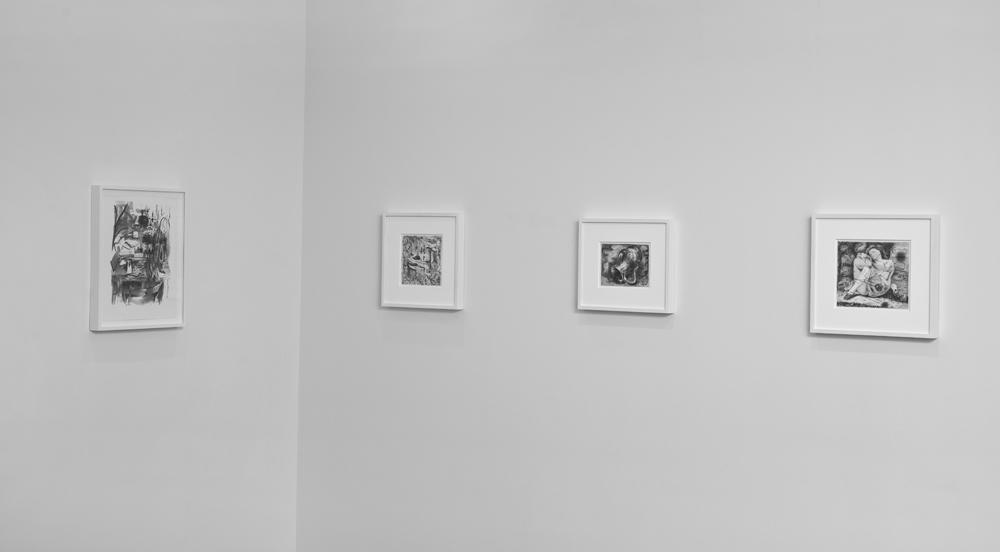 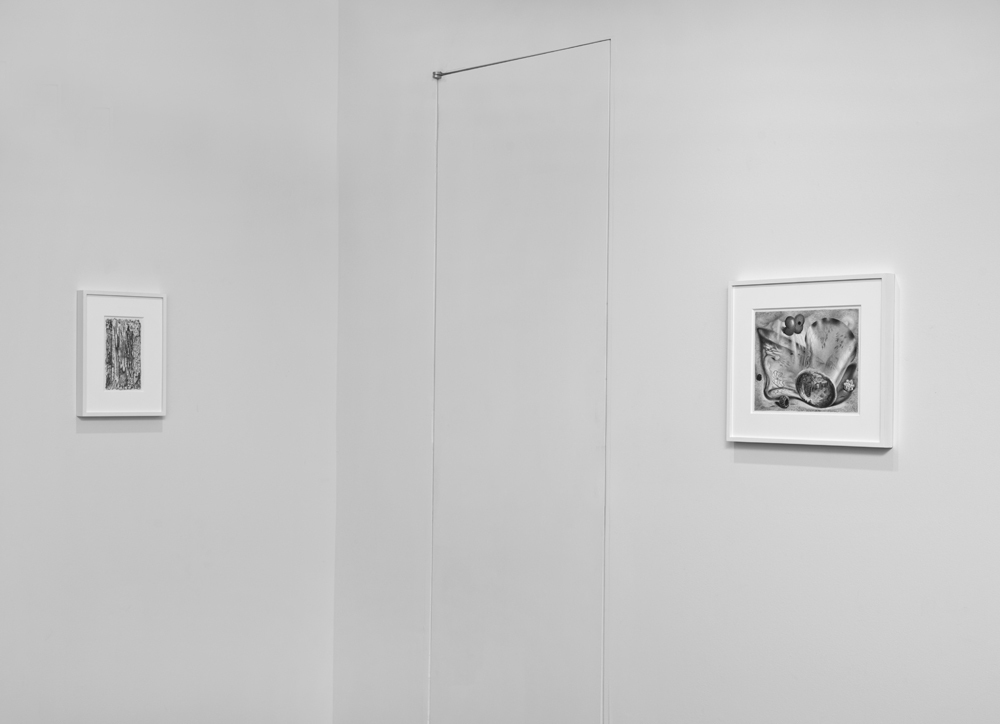 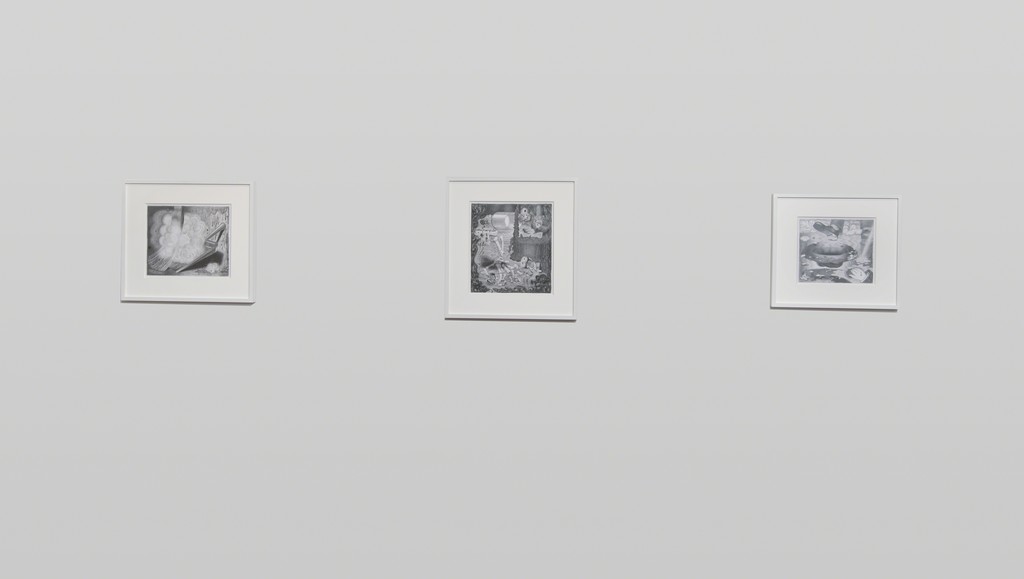 Jeff Bailey Gallery is pleased to present Joshua Marsh: Drawings, an exhibition of new works in graphite on paper.

As in his most recent paintings, Marsh’s drawings explore themes of transience, mortality and desire.

Most of the imagery is constructed out of a process of free association. The art historical tradition of momento mori is invoked through the depiction of the human skull, decayed or eaten fruit, extinguished candles and dead bugs. These are combined with more contemporary scenarios: coins falling toward a busker’s hat and a wall covered in graffiti.

In Marsh’s work, pitchers and glasses often appear in different guises. They are compositional tools, containers for liquid and light, spilling and reflecting form and content across the image. In Glass, the cast shadow of an engraved pastoral scene provides another ground for pictorial expansion. A raspberry lies in the drawing’s foreground, reflected in the bottom of the glass. Still life and landscape become one and the same.

In Ribbon (after Courbet), Marsh riffs on Courbet’s Femme aus bas blanc: almost nude except for her a sock and shoe, she is now smoking; a skull sits nearby and a ribbon and rose float at the front of the picture plane. Desire and its illusions hang in the balance.

This is Joshua Marsh's third solo exhibition with the gallery. His work was recently included in the American Academy of Arts and Letters Invitational Exhibition, and was acquired by the Hassam, Speicher, Betts and Symons Purchase Fund. Exhibition reviews have appeared in The New York Times, Art in America and The Brooklyn Rail. He received his BFA in 1995 from Washington University, St. Louis and his MFA in 1997 from Yale University, New Haven. Marsh lives and works in West Chester, Pennsylvania.