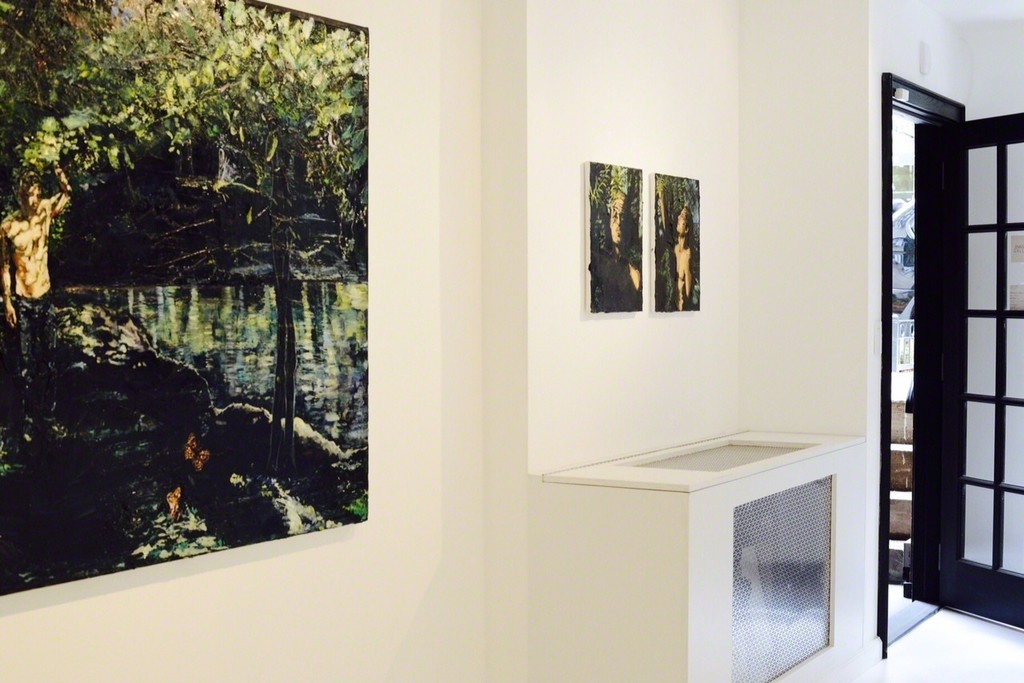 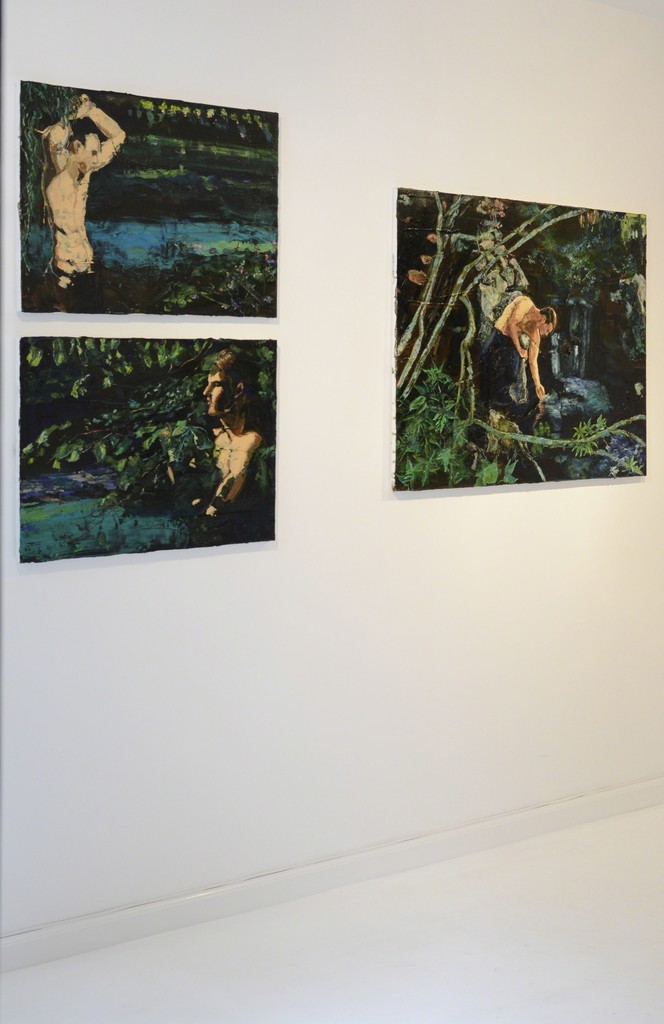 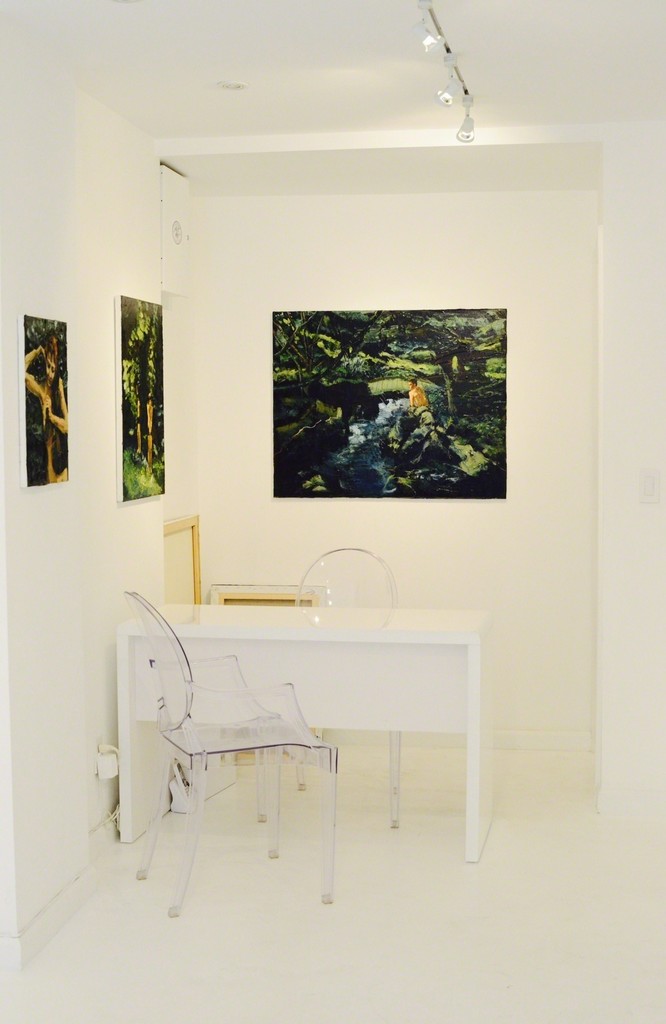 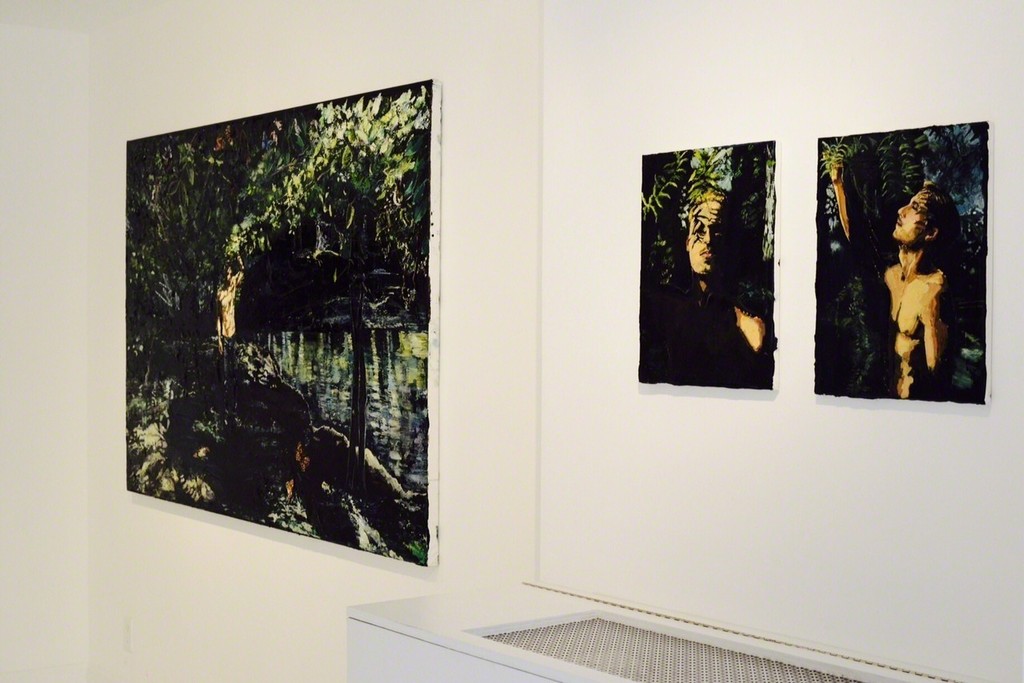 Jenn Singer Gallery presents Michelle Rogers: Tender Alchemy, new oils on canvas by leading Irish artist and fervid environmentalist Michelle Rogers. Dark and moody with gobs of thick paint forming land and flesh, Rogers’ impasto rejects the false and destructive dichotomy between man and Nature, instead revealing through her masterful use of light and shadow, the tender alchemy that most deeply connects us to the earth. Based in Rome and New York, Rogers is collected by prestigious institutions including the Bank of Ireland, the Irish Office of Public Works and Department of Foreign Affairs, and is best known for her commissioned portrait of Irish President O’Dailaigh, featured on a postage stamp.

“The goal of life is to make your heartbeat match the beat of the universe, to match your nature with Nature.” Moved by Joseph Campbell’s words, as well as her belief that it is our disassociation with Nature at the source of the current environmental problems threatening our future, Michelle Rogers’ goal is to reveal Nature’s pulse within our veins through her brush.

Instead of depictions of virile men dominating Nature, Rogers exposes the tenderness and vulnerability of two young men as they reconnect with it. Shadows of leaves dance against their bare skin, camouflaging what it is that separates the two. They become a part of it. Nature’s heartbeat is matched with man’s, and it is this harmony that Rogers hopes could potentially heal the chasm between those that fight against our changing environment and those trying to save it.