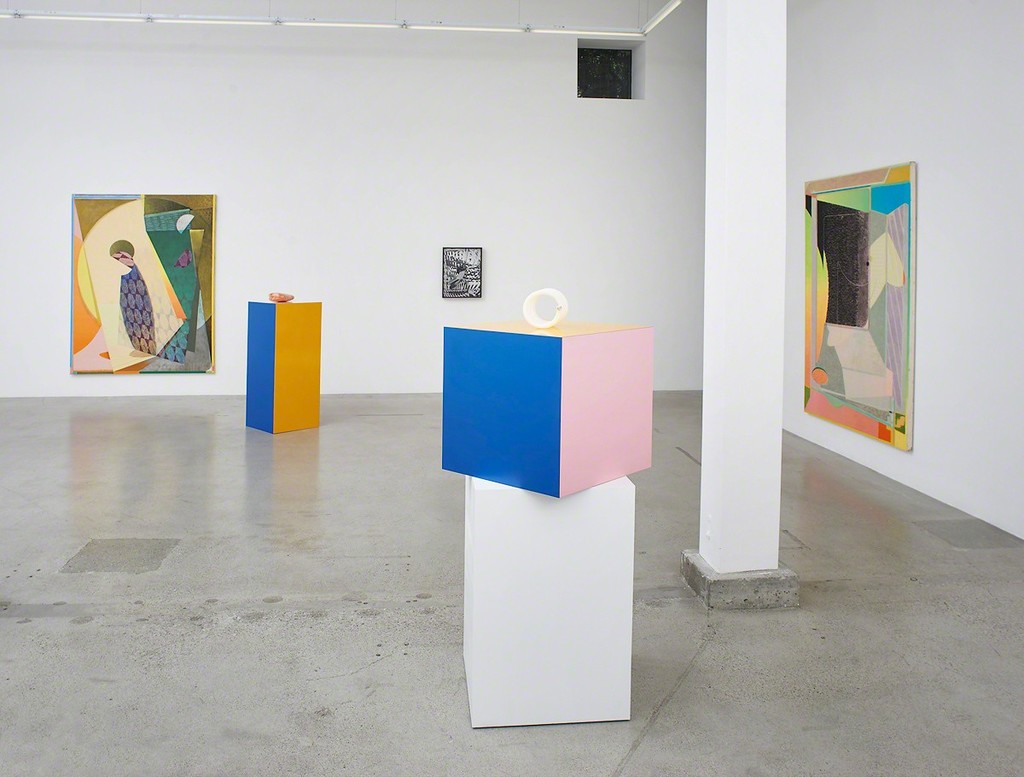 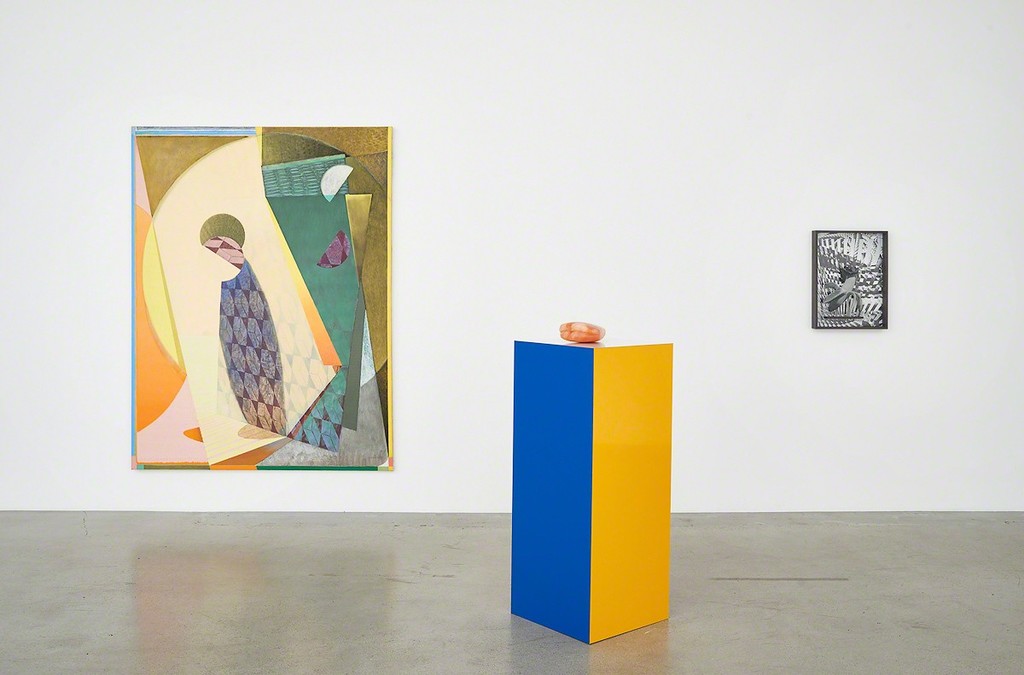 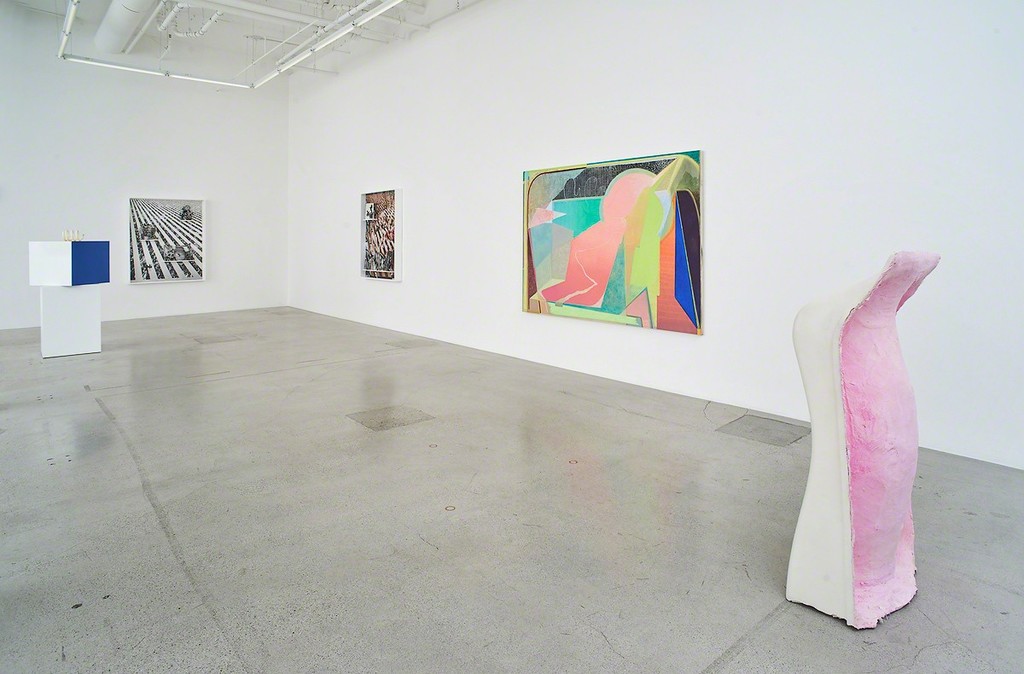 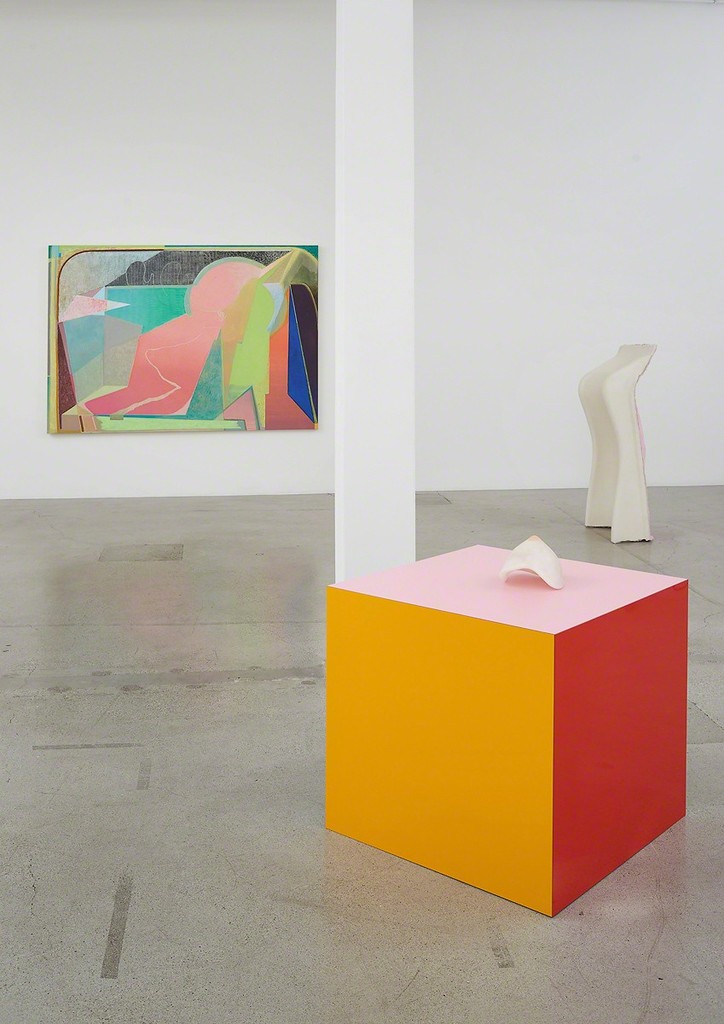 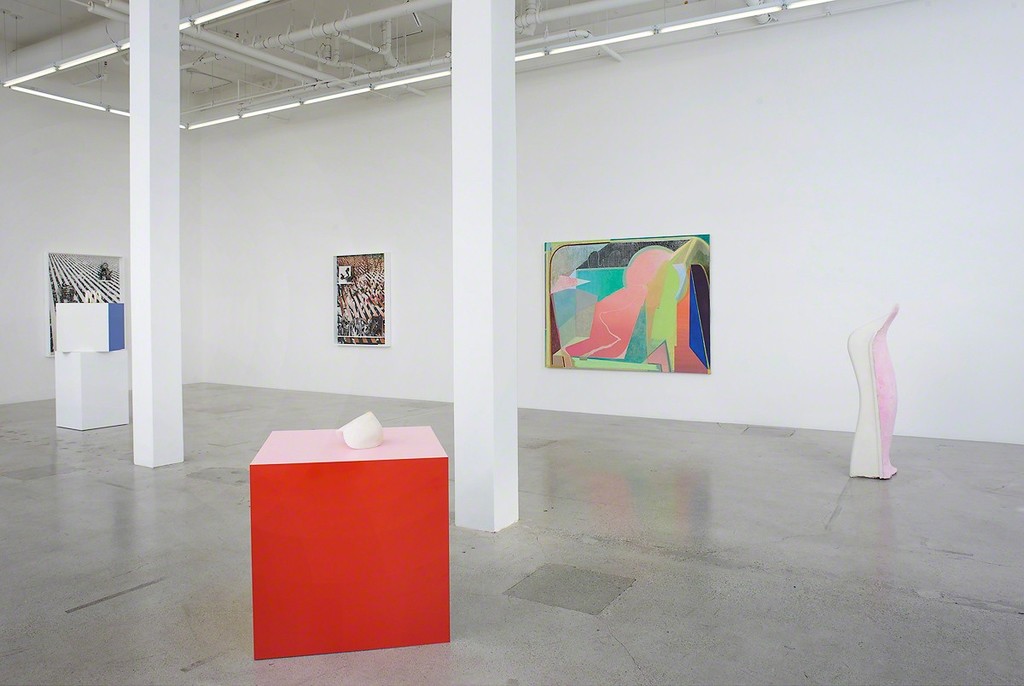 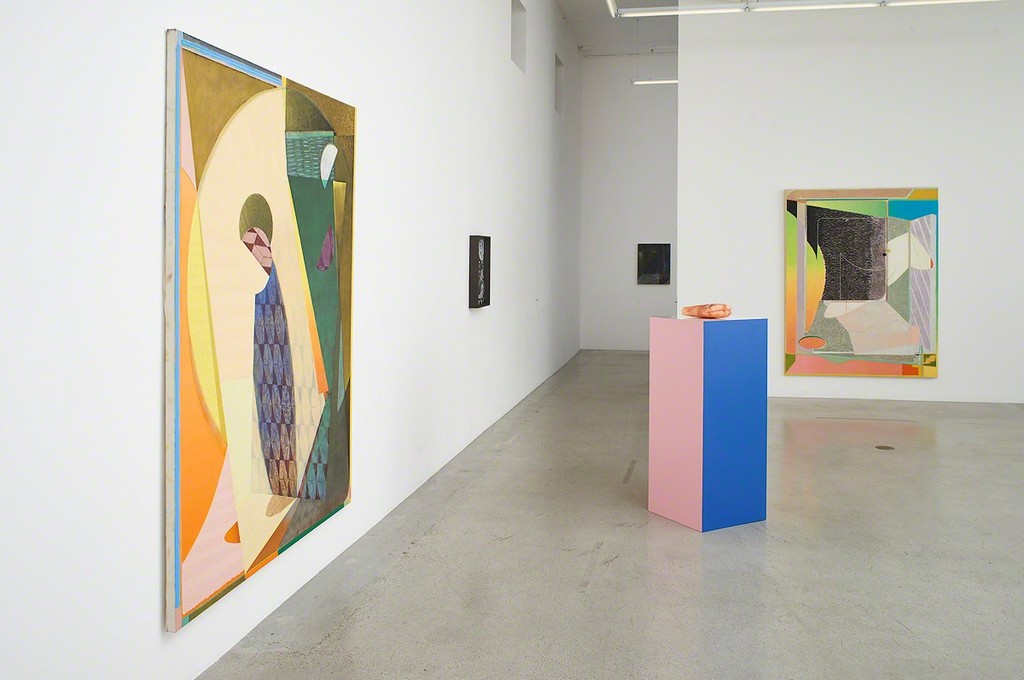 Rapid change often engenders a sense of estrangement. Sometimes it is experienced as a buzz of otherworldliness, other times as the presence of the surreal in the everyday. In “An Uncanny Order,” the work of Fierro, Lipps and Mahmoud embraces the creative potential of alienation, exploring its psychological, social, physical and environmental dimensions in distinct, intimate and colorful ways.

Sebastian Fierro’s paintings have strong compositions that satisfy the viewer as both geometric abstractions and trompe l’oeil representations. They depict imaginative spaces that are both domestic and interstellar, grounded and fantastic, nostalgic and science fiction. Presenting light as solid matter and deep space as flat surfaces, they are inspired by astronomy and the poetic thought that we have historically found our location on earth in relation to the stars. “Paradoxically, painting invites the spectator into its frame to examine the world beyond,” explains Fierro. “The Internet is the latest mechanism mobilizing the far to the near, making us believe that we are nomads, who can see every square foot of our planet through the simulacrum of Google maps.”

Matt Lipps uses collage strategies, sculptural tropes and theater staging techniques to create photographs that explore the history and politics of culture. In this series, he creates surprising juxtapositions through alternating diagonal strips of images appropriated from U.S. Camera, a magazine published between 1938 and 1969. In Beguiling (2016), Lipps combines a 1958 color close up of a woman’s face by Irving Penn with a black and white picture of a leafless tree by Andreas Feininger, taken the same year. Lipps then disrupts the tension between the two images with shelves that protrude from the surface upon which he places freestanding cut-outs that enrich the meaning of the work.

Nevine Mahmoud’s sculptures explore the body and architecture as psychologically charged forms. Mahmoud often begins with substantial, brightly colored pedestals, which insist on their presence in gallery, museum and domestic spaces. Upon them sit cast and hand carved sculptures, which are formally and fetishistically in dialogue with the surreal work of artists such as Louise Bourgeois, Robert Gober and Alina Szapozcnikow. Oftentimes, Mahmoud’s work is informed by archival research. Tutti Laying (2016), an alabaster sculpture of a breast on a red, yellow, pink and white pedestal, is inspired by Anthony Vidler’s account of the ruins of Pompeii where a negative impression – a ghost – of a woman’s breast was found scorched into the earth. [1]

Fierro (b. 1988, Colombia) has a BFA in Painting from Los Andes University (Bogota) and an MFA from Hunter College (New York). His work has been recently exhibited in a solo exhibition at Instituto de Vision in Bogota. Other exhibitions include Museo de Arte Moderno de Medellín, Colsubsidio Art Museum (Bogota), La Tertulia Museum (Cali) and Bank of the Republic Art Museum (Bogota) His work is in the permanent collections of the Contemporary Art Museum in Bogota, BBVA Collection, and Deutsche Bank Collection. Fierro lives and works in Colombia.

Lipps (b. 1975) has a BFA in Photography from California State University and an MFA from University of California Irvine. His work is in the permanent collections of LACMA, SFMOMA, MOCA Los Angeles, the Hammer Museum (Los Angeles), the Saatchi Gallery and the Pilara Foundation Collection/Pier 24 in San Francisco. His work was included in SFMOMA’s inaugural exhibition “California and the West.” Lipps lives and works in Los Angeles, CA.

Mahmoud (b. 1988, London, UK) has a BFA from Goldsmiths (London) and an MFA from University of Southern California (Los Angeles). She was recently included in the “Storefront Series” exhibition, “The Poet, the Critic and the Missing” at MOCA Los Angeles, and “The Lasting Concept” at the Portland Institute of Contemporary Art. Her work is currently on view in “This is Presence” at Ballroom Marfa in Marfa, TX. Mahmoud lives and works in Los Angeles, CA.