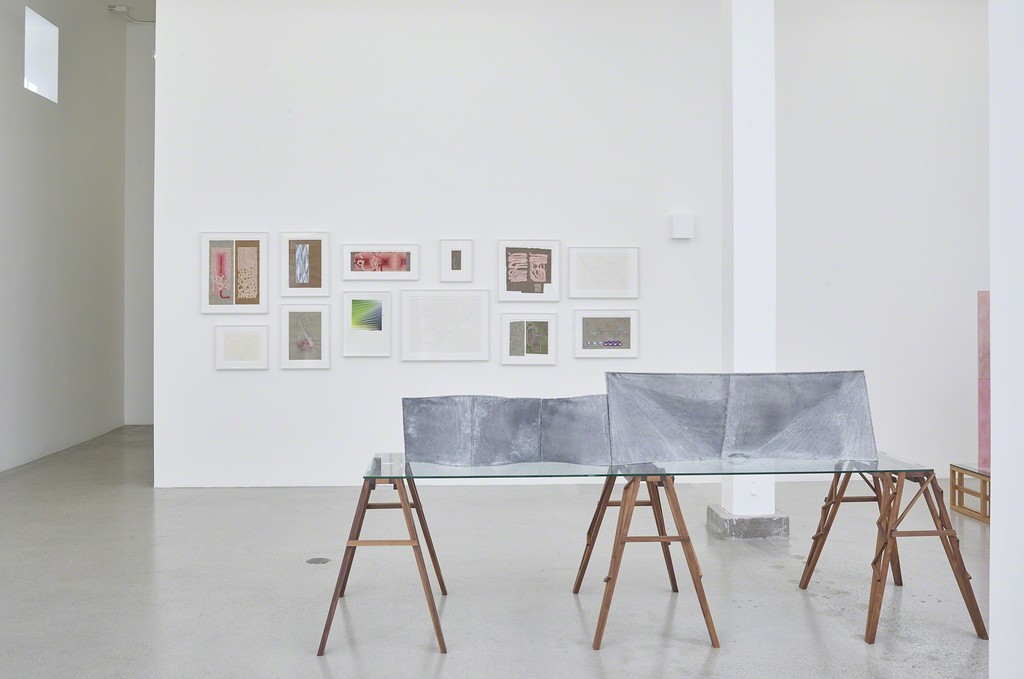 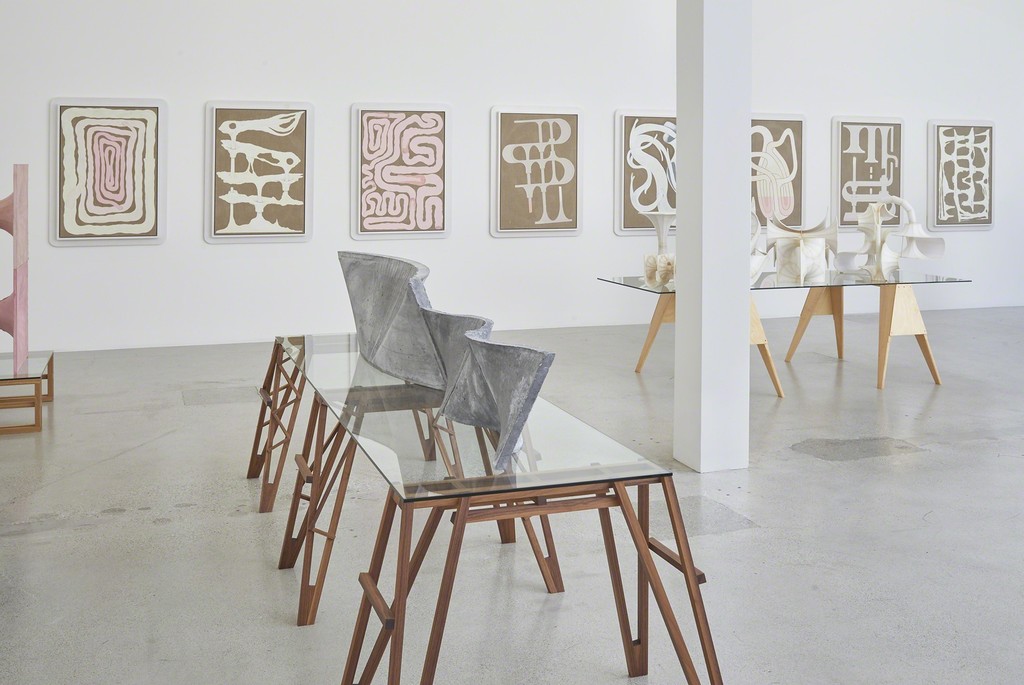 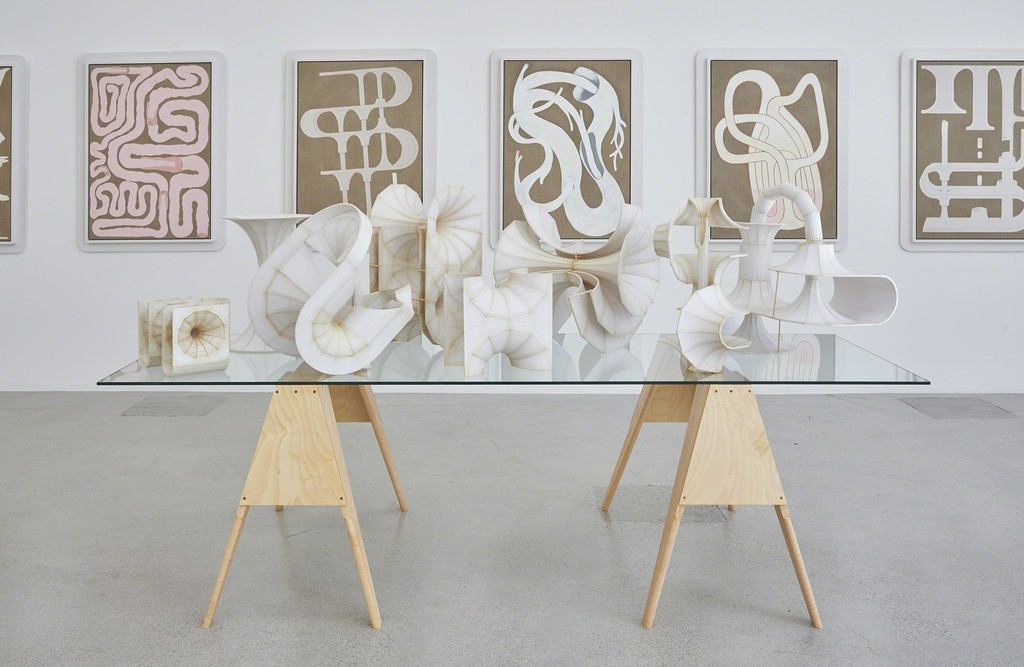 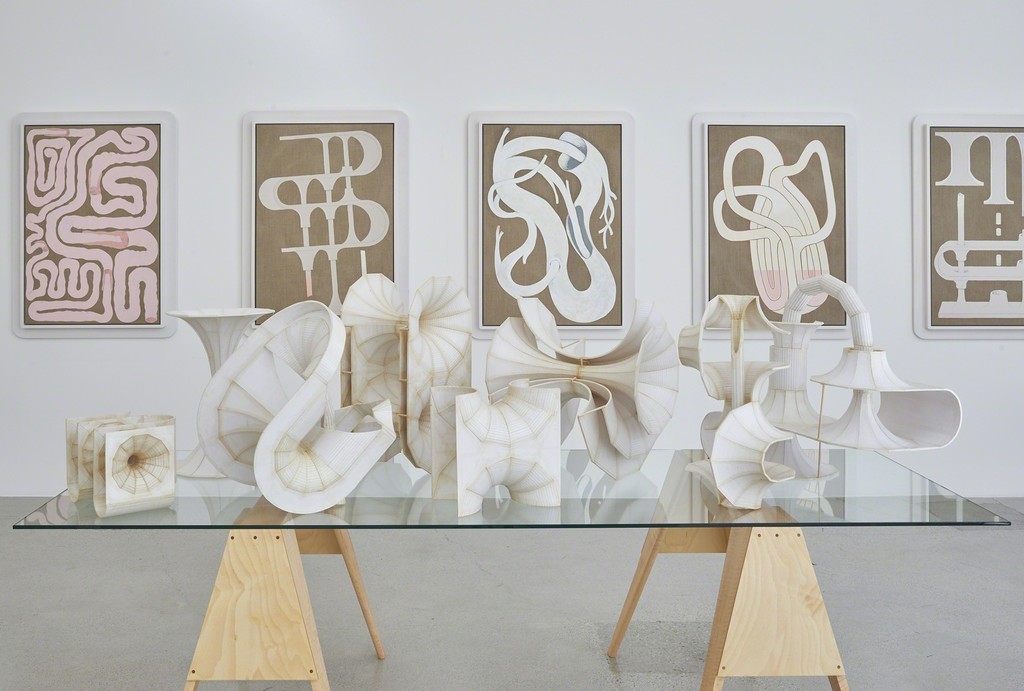 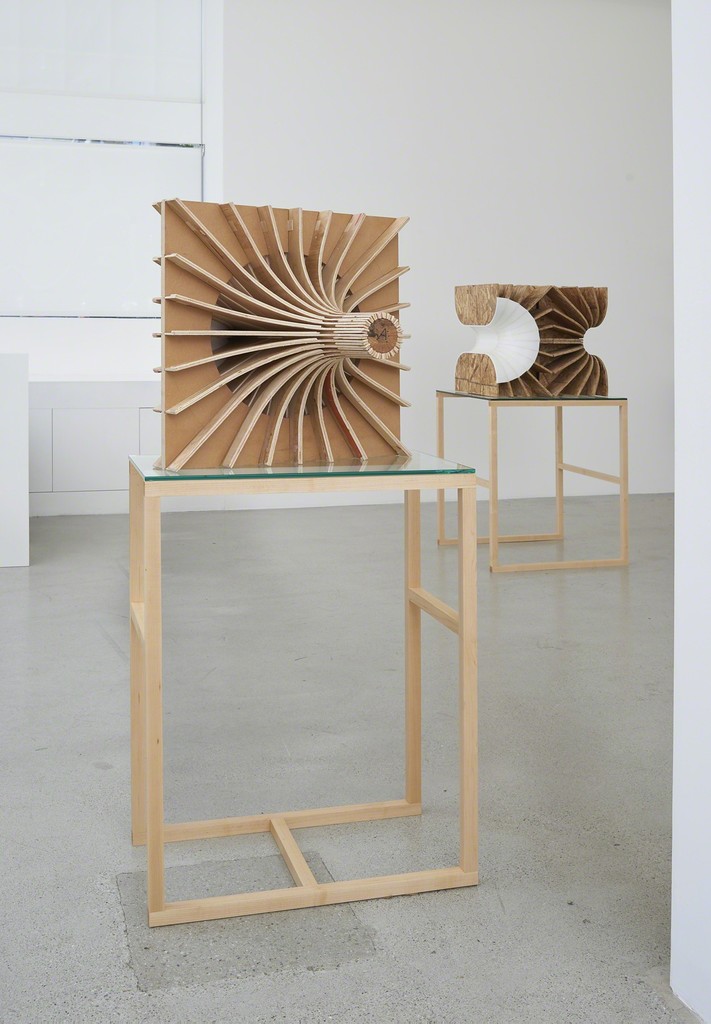 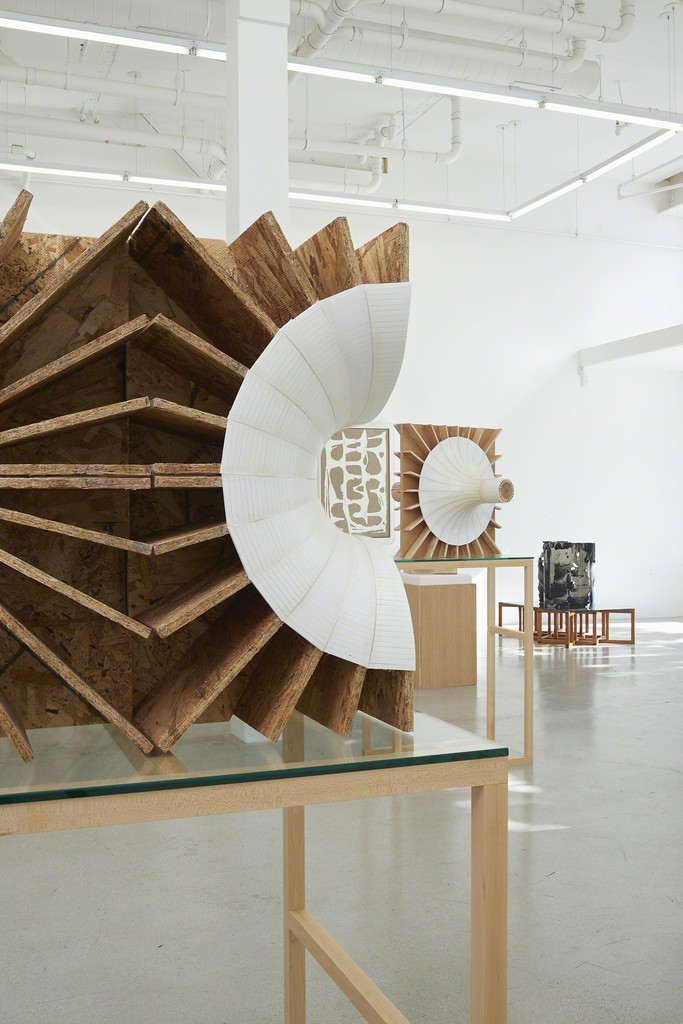 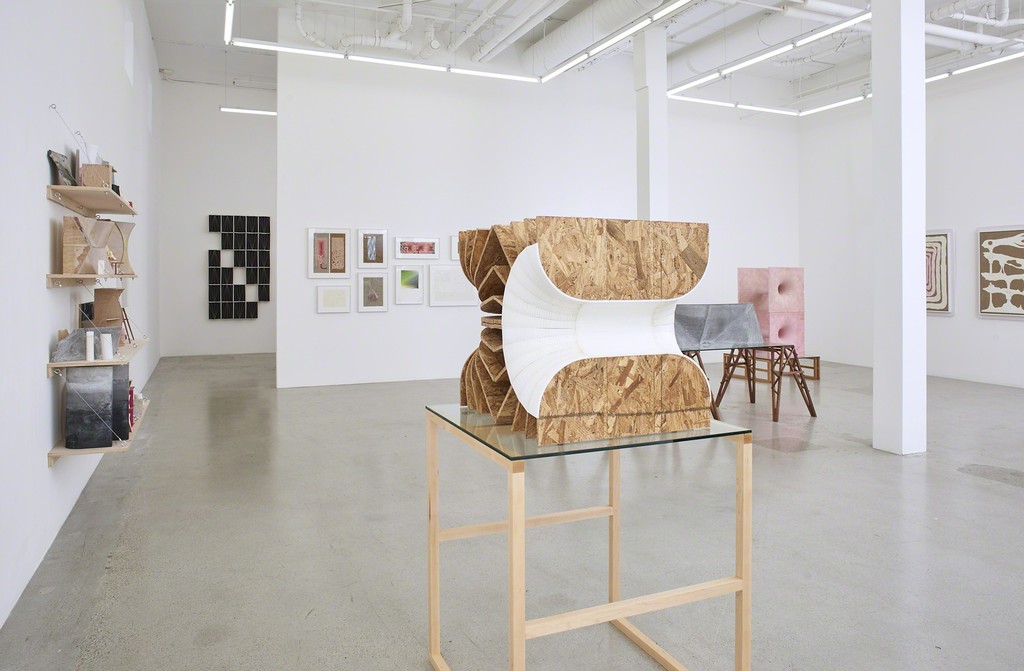 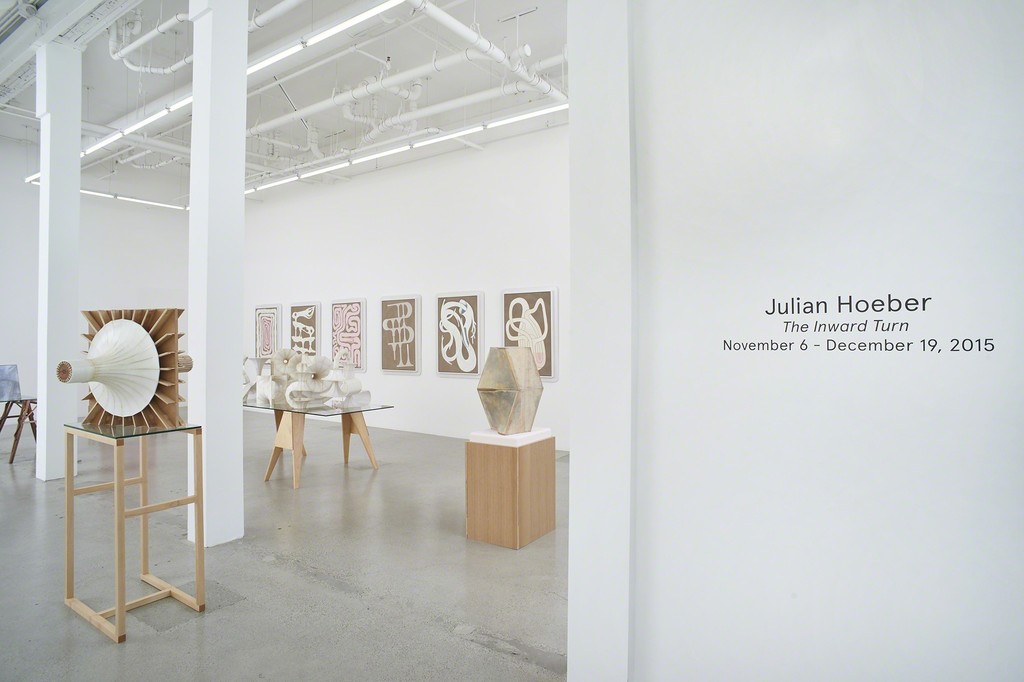 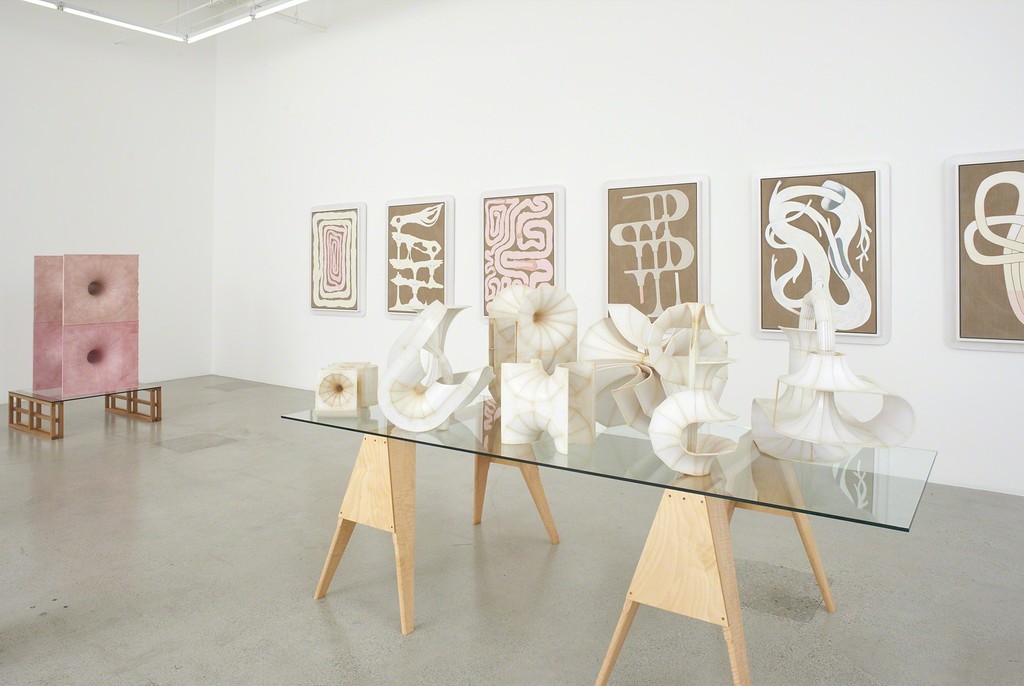 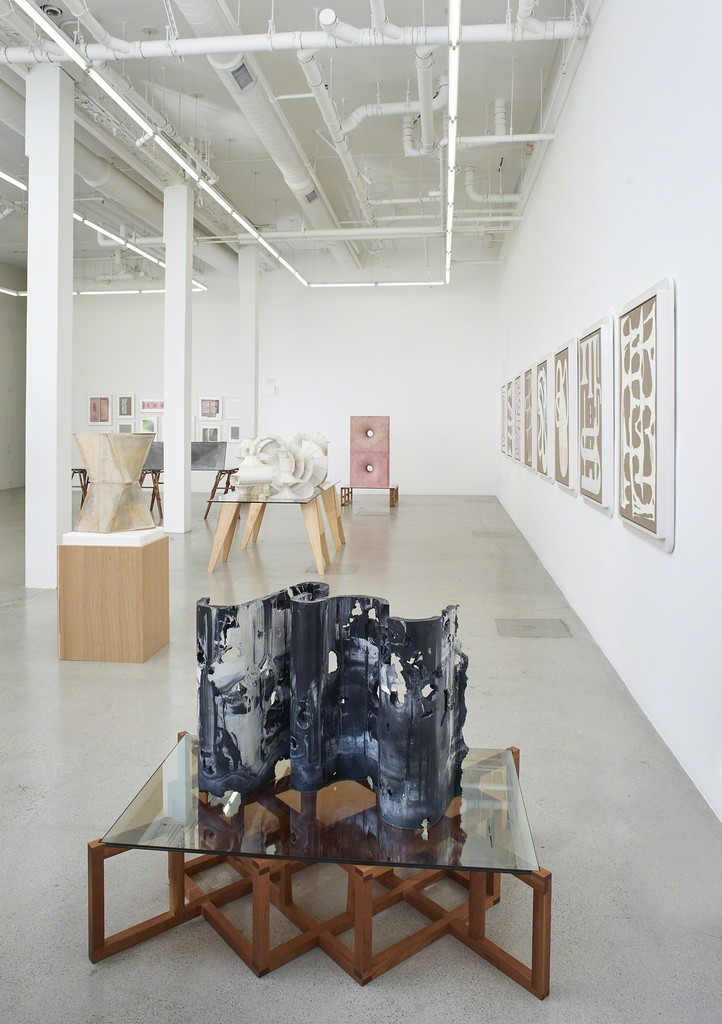 Opening reception: Friday, November 6, 6-8pm
Through December 19, 2015
Jessica Silverman Gallery is pleased to present “The Inward Turn,” a solo exhibition of new sculptures, paintings and works on paper by Julian Hoeber.
For the past year, Hoeber has been imagining a universe of architectural and corporeal interiors whose ambiguous forms invite the viewer to free associate. This work continues the artist’s dual exploration of the expressive potential of mathematical geometry and the conceptual discipline (and furtive rationality) of expressionistic artistic styles. The result is the artist’s own breed of surreal abstraction.
“The Inward Turn” is about a journey that repeatedly returns to its center, a physical manifestation of introspection, a seemingly inefficient but ultimately rewarding way of working, characterized by the loop. For Hoeber, the key term is rumination, which is a synonym for contemplation, musing and mediation, but also chewing and digesting. Indeed, the Latin etymology of “rumen” refers to the first chamber of a cow’s stomach. As is so often the case, a physical process elucidates an abstract one; a metaphor becomes standard vocabulary; “chewing the cud” invariably leads to “pondering.” In keeping with this theme, the show has a quiet, thoughtful palette of grays, creams, beiges and fleshy pinks.
The aesthetic forms of “The Inward Turn” are structural and biomorphic, mathematical and intuitive. Discovered in 1858, the Möbius strip is a surface with only one side, which is homeomorphic to a circle and non-orientable. As such, it is analogous to the circumlocutions of introspection. First described in 1882 by German mathematician Felix Klein, the Klein bottle is also a one-sided, non- orientable surface, which, if strolled along, would take the walker back to their point of origin but, upon arrival, they would find themselves upside down. These two forms are among many visual puzzles that are integral to the sculptures, paintings and drawings in this show, which generally blur the boundaries between positive and negative space, inside and outside, rational and irrational.
An important backstory for the artist relates to a narrative he recounts to himself in the studio about a project called “Going Nowhere” that is centered on the design of an imaginary airport terminal in which people fly off only to land back in the same place. Whether the building is constructed or not is irrelevant. The point of the project is to concoct and then solve a particular set of problems in which Hoeber finds himself engaged with the thinking of architects such as Aldo Van Eyck, Eero Saarinen and Robert Venturi, sculptors such as Lee Bontecou and Anish Kapoor, painters as varied as Jim Shaw and the early Francis Picabia. Indeed, one idiosyncratic reference is Marcel Duchamp’s Chocolate Grinder no 1 (1914), which Hoeber, a native of Philadelphia, saw in the museum regularly and as a poster in his grandmother’s living room all the time.
Julian Hoeber (b. 1974, Philadelphia, Pennsylvania) has a BA in Art History from Tufts University, a BFA from the School of the Museum of Fine Arts, Boston, and an MFA from Art Center College of Design, Pasadena. His work is in the permanent collections of the Museum of Modern Art (New York), MOCA Los Angeles, Hammer Museum (Los Angeles), Rosenblum Collection (Paris), Tang Museum (Saratoga Springs New York), Western Bridge Museum (Seattle), Rubell Family Collection (Miami) and Deste Foundation Centre for Contemporary Art (Athens). Hoeber lives and works in Los Angeles.