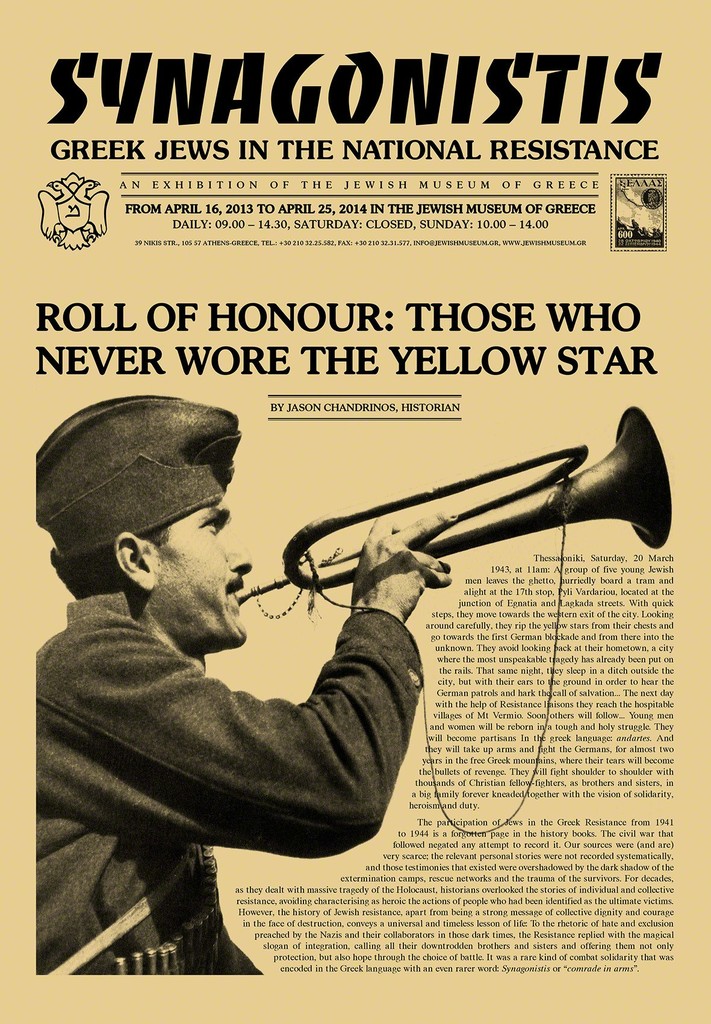 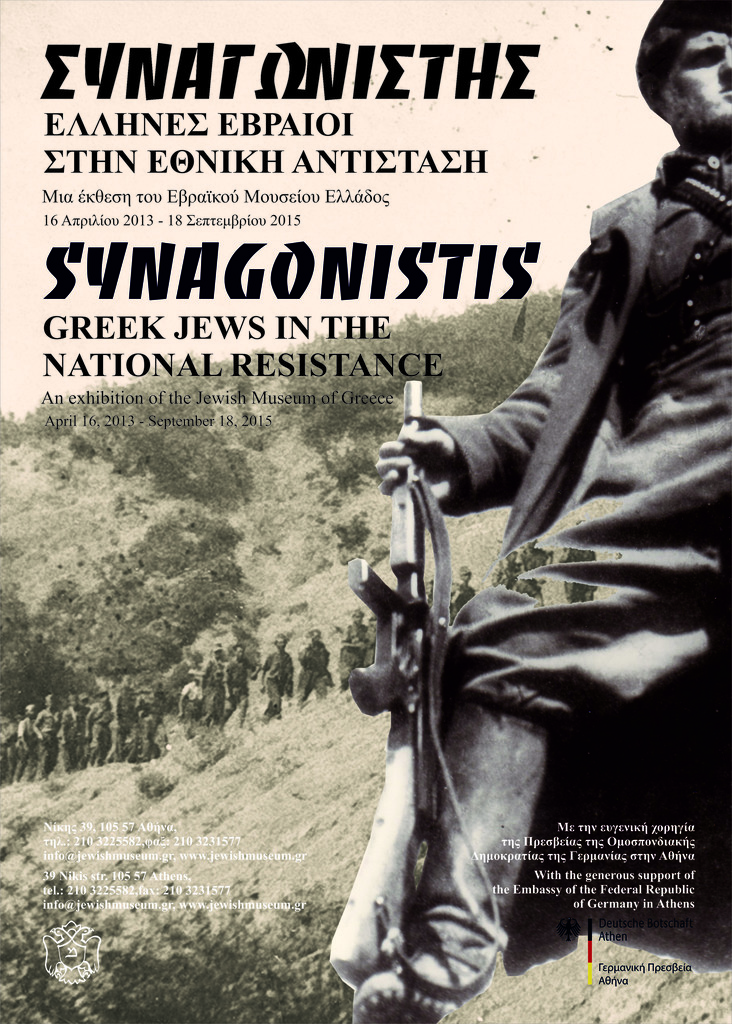 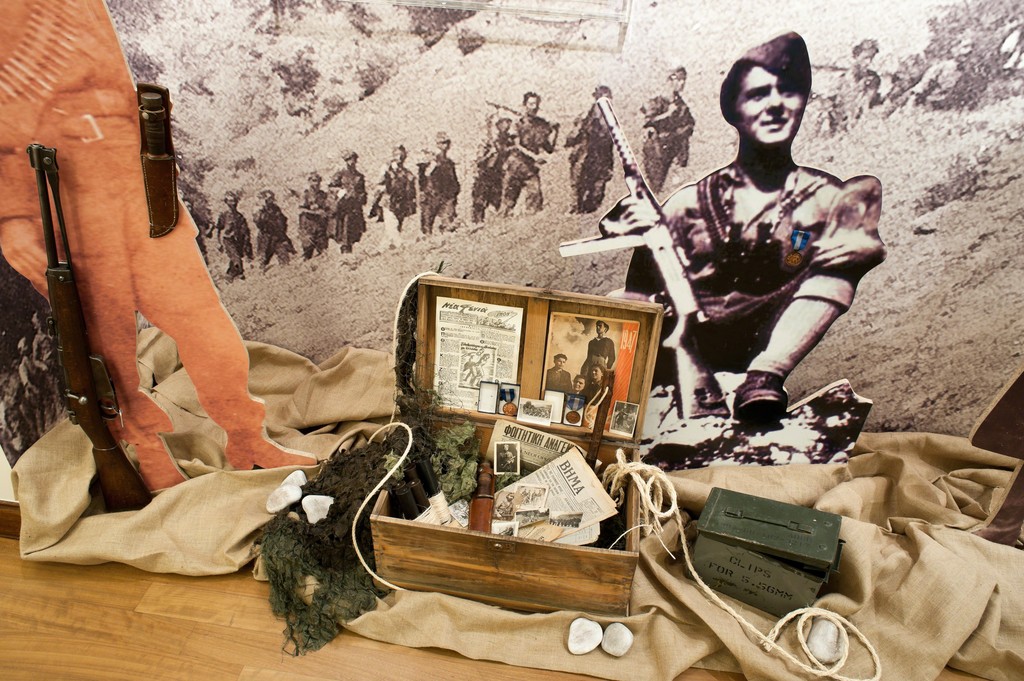 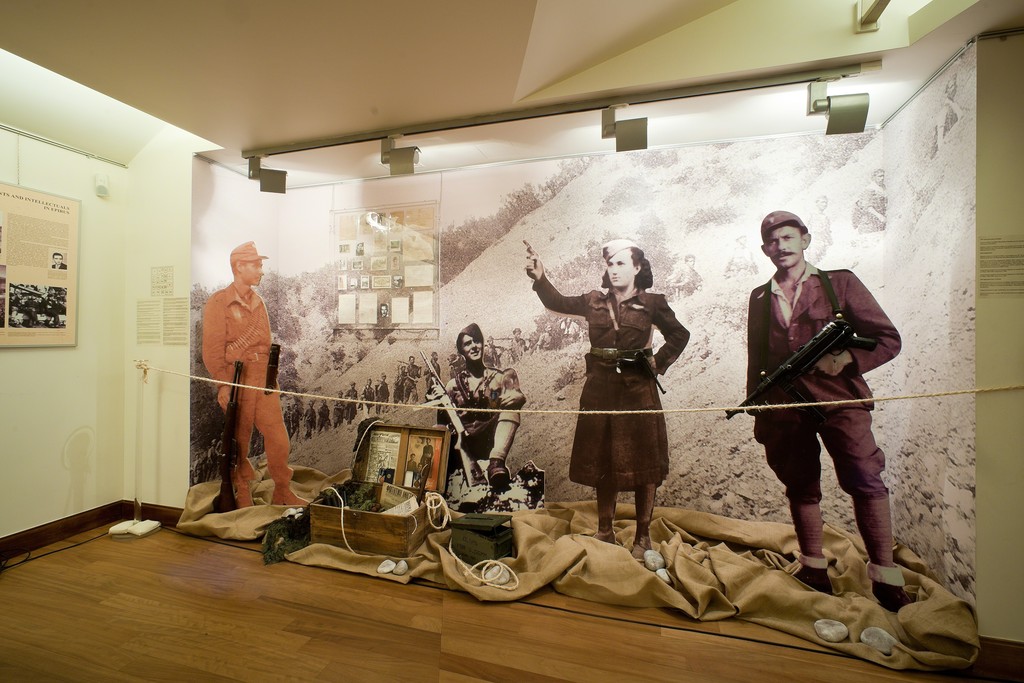 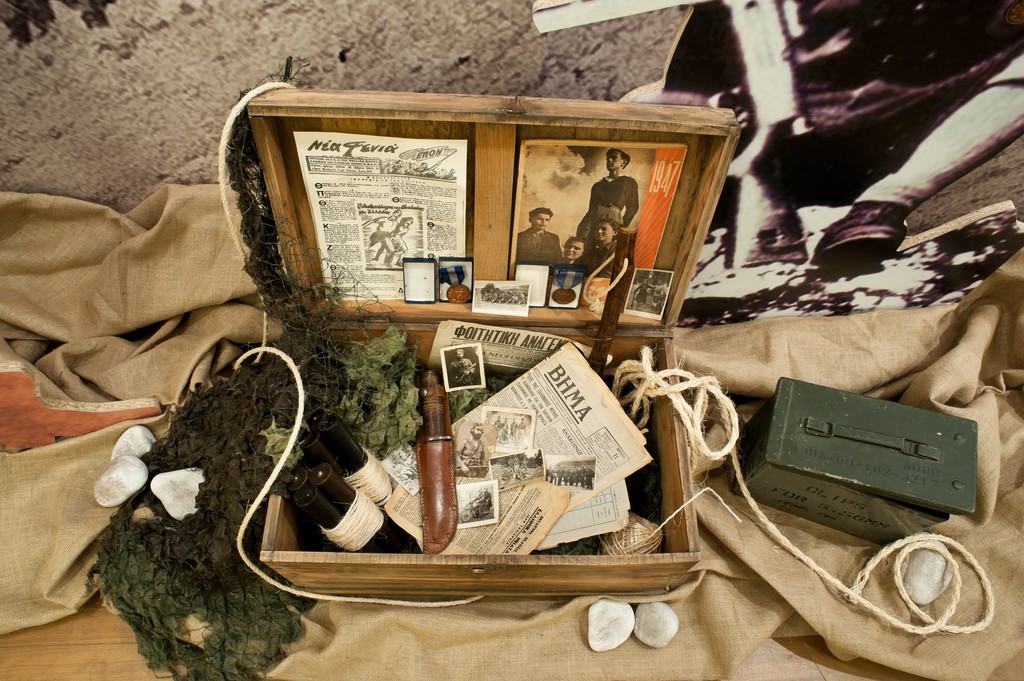 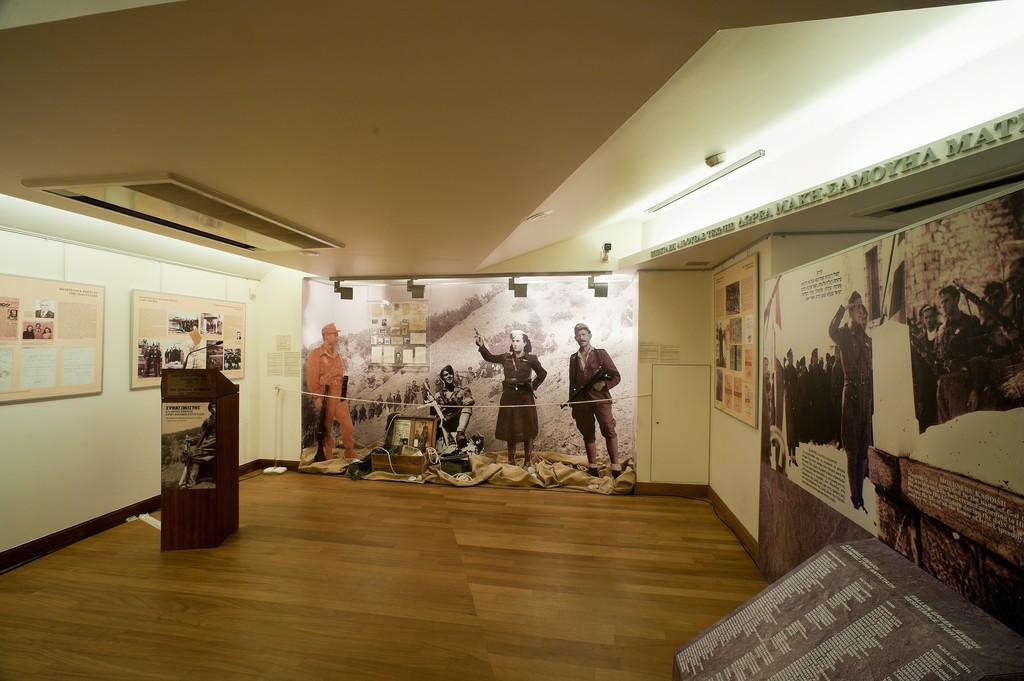 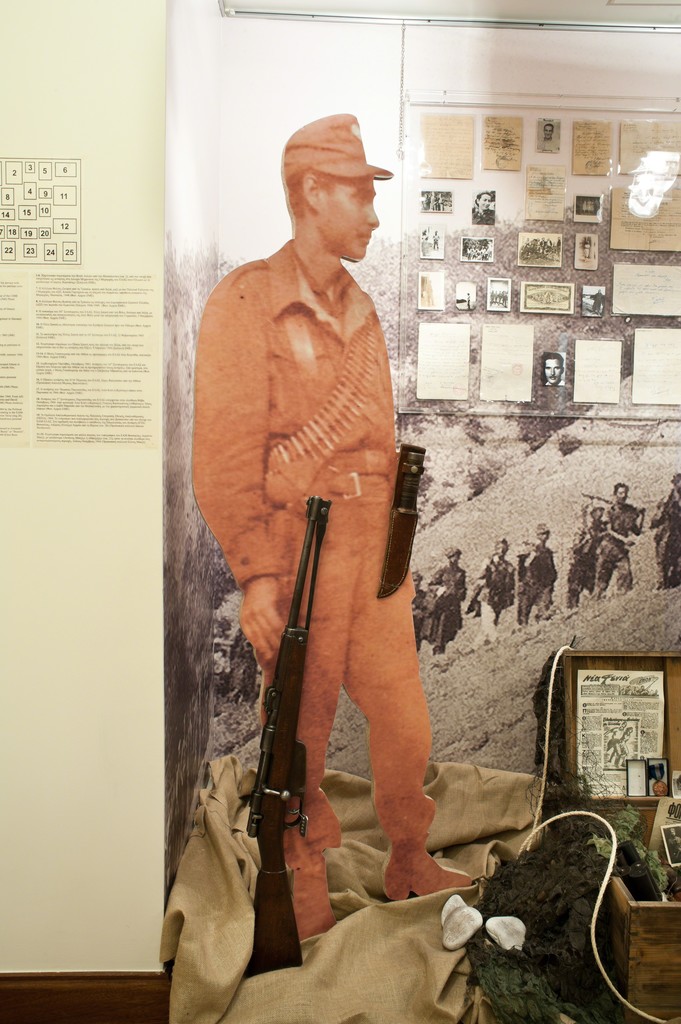 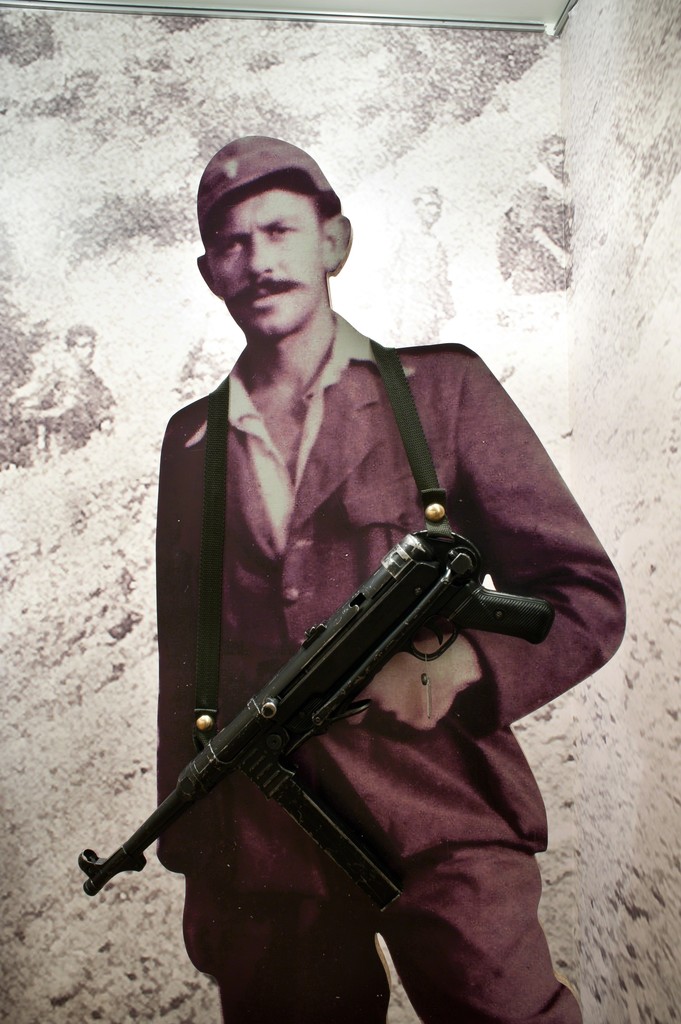 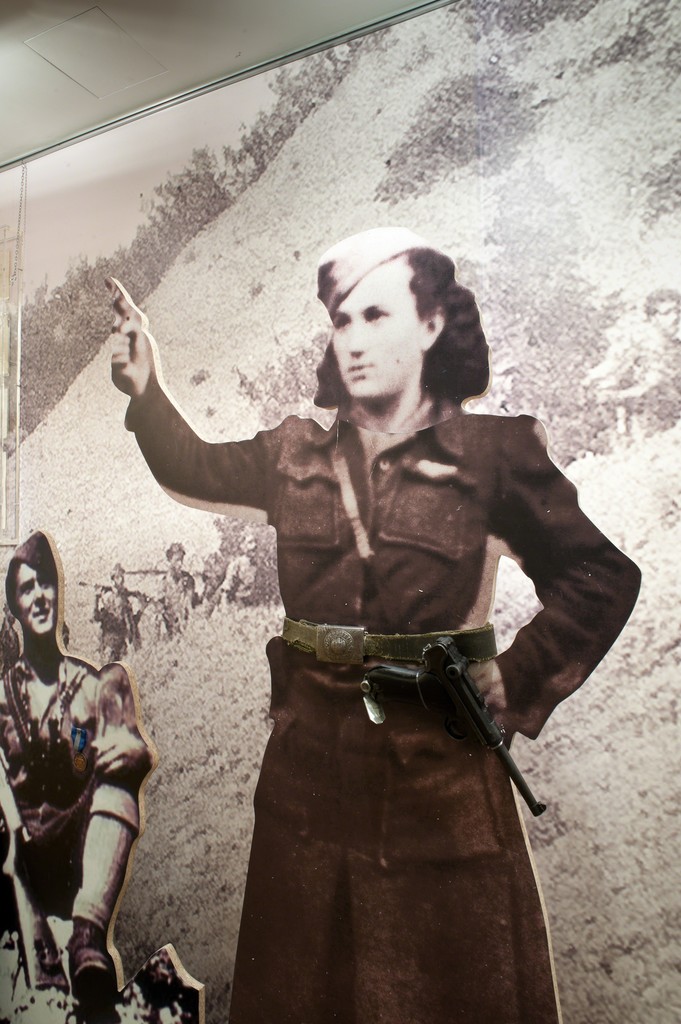 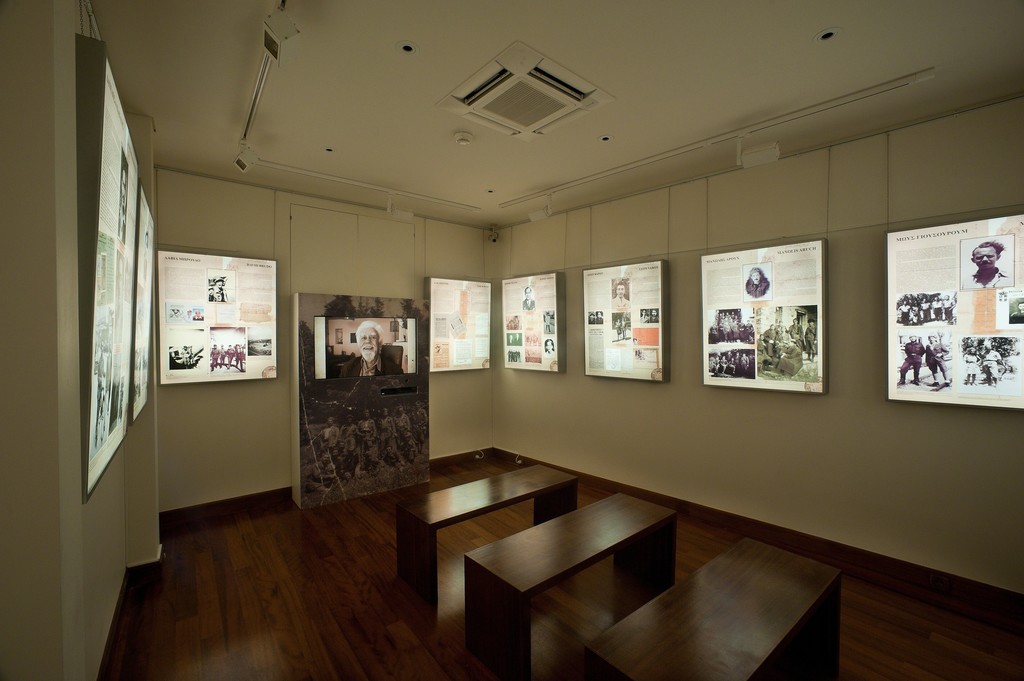 The Jewish Museum of Greece presents the temporary exhibition “Synagonistis: Greek Jews in the National Resistance”, realized within the framework of a mutual program of co-operation with the Embassy of the Federal Republic of Germany in Athens.
During the research phase for our traveling exhibition “The Holocaust of the Greek Jews, 1941 – 1944” (2001), which included the subject of Greek Jewish Resistance fighters, the JMG came into contact with elderly partisans. In our Museum, they expressed for the first time their pain for being forgotten by their homeland and not honoured, as they should have been; for the absence of a Resistance Museum in Greece, such as the ones in existence in other European countries.
It was then that the foundation was laid for a deep commitment and a sincere wish to honour those who fought and canceled the belief that all Jews succumbed to the Holocaust “like lambs to the slaughter”. Thorough research that went on for five years resulted in the collection of 24 personal histories of men and women from various Jewish communities of Greece, who took up arms in the dark and harsh days of the Occupation. Most of them were very young, recently uprooted from their homes, often alone and orphaned, but they found a new, dynamic family on the mountains and served the armed struggle in many ways, with courage and determination. They were christened ‘comrades in arms’, the supreme title of honour among the fighters of free Greece and fought among their equals. While our main concern has been commemorating and honouring the Jewish Resistance Fighters in WW II, with this exhibition, we also honour all the Greeks who fought against the occupying forces, inspired by the ideals of freedom and of a better world.
Photographs, documents, letters, proclamations, resistance newspapers, original artifacts, weaponry and other relevant material will be presented to the public for the first time. The exhibition will be accompanied by a bilingual catalogue while, director David Gavriilidis has produced a documentary film, which explores this subject engaging people, places and events. The permanent exhibition is also accompanied by specially designed educational programs for schools.