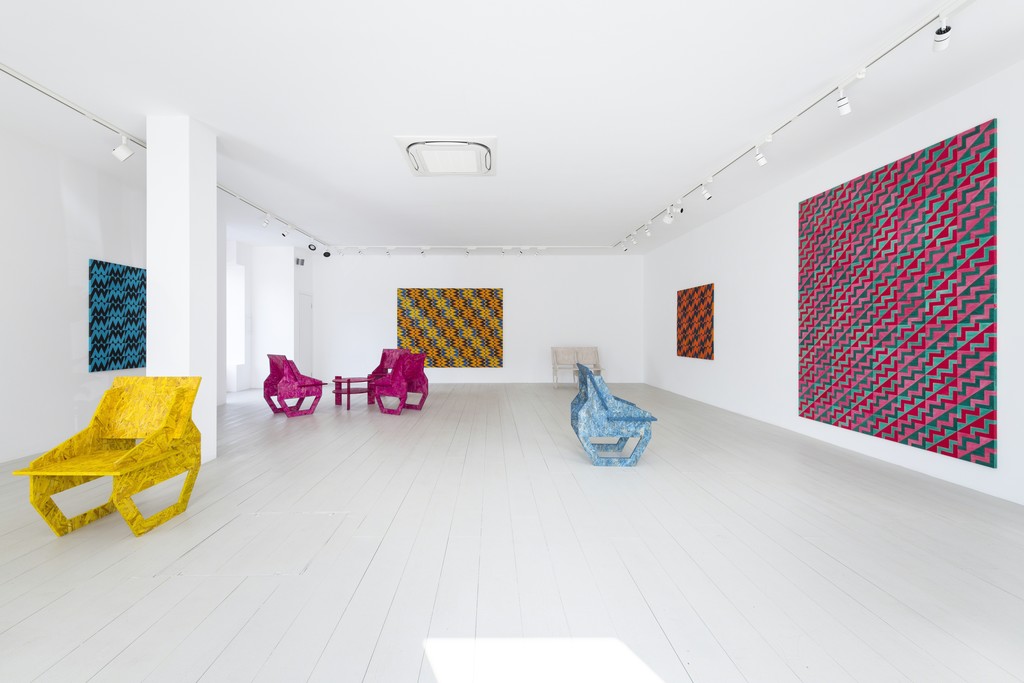 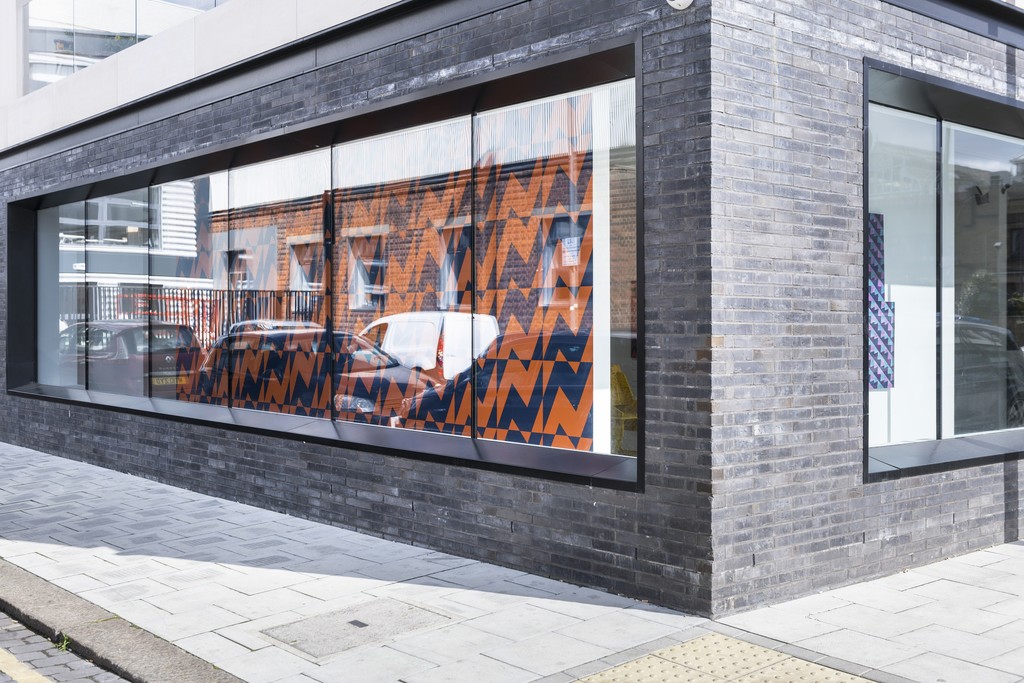 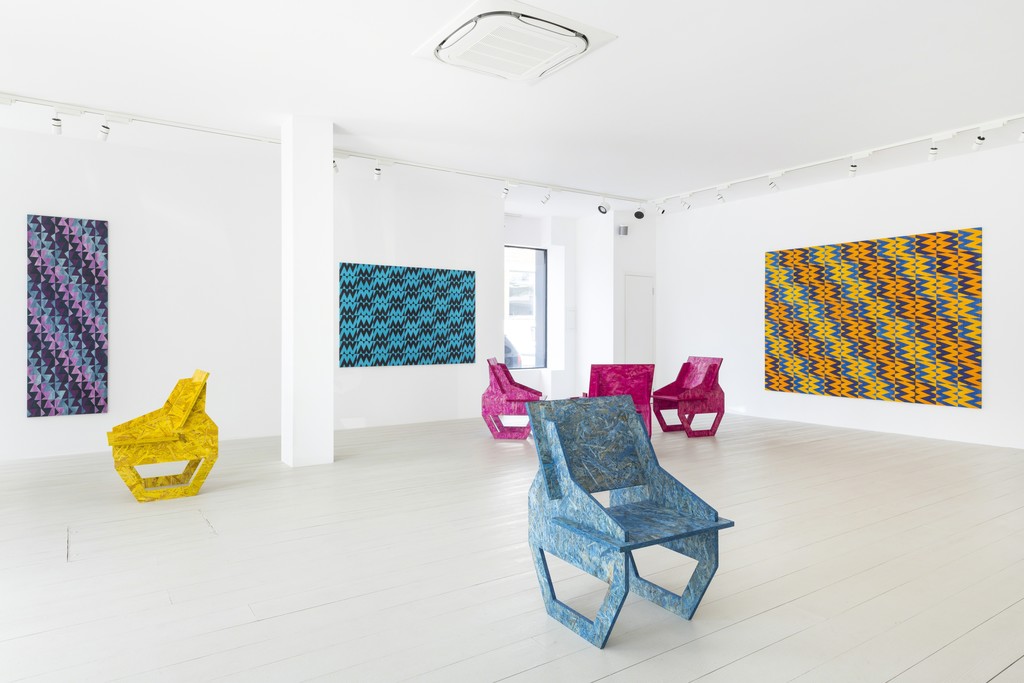 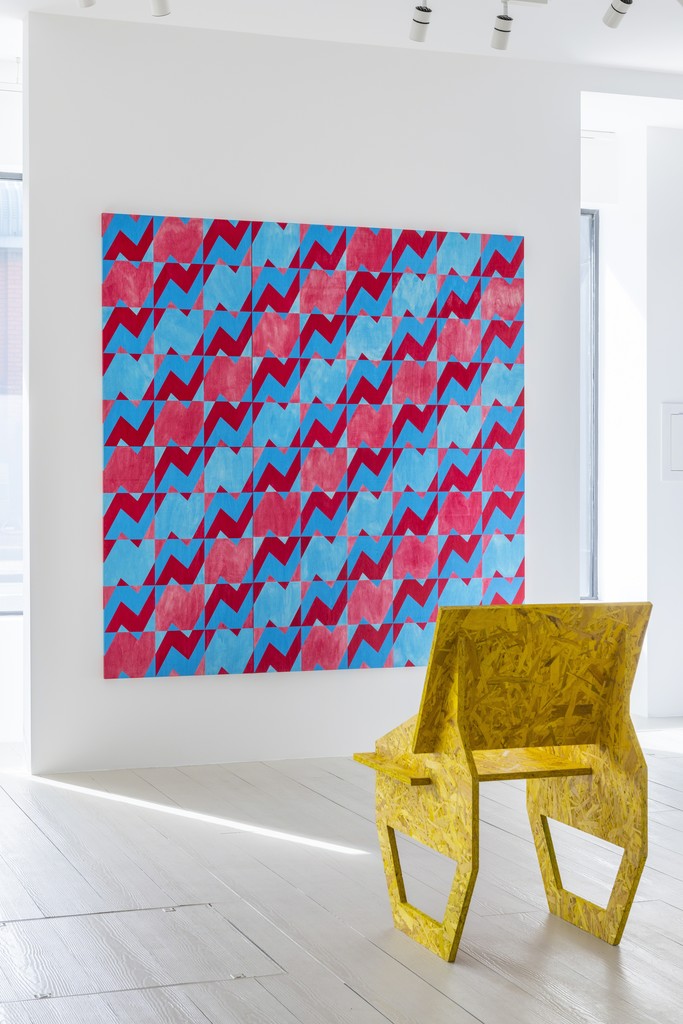 We are thrilled to launch Dominic’s new work in this exhibition CASCADE - also a perfect celebration of JGM Gallery’s first anniversary. Our exhibition space, next to the RCA’s Battersea campus, has prompted a fresh and exciting new dialogue between contemporary Indigenous art, and other international contemporary art practices.

Our visits to Dominic’s studio over the past few months have been both impressive and stimulating, watching how he has responded to making work to exhibit at JGM Gallery. Collectors familiar with his making abilities will see a pairing down in his approach but with an added finesse that lays bare his decision making.

In the more confined space of Dominic’s studio we became familiar with the work, however seeing it breathe and come to life at JGM Gallery as Dominic envisaged is really exciting. CASCADE is an explosion of colour and pattern, and sees Dominic install his first wall painting, pulling the entire expanse of a street facing wall, confronting visitors as they approach the gallery.

CASCADE also includes items of furniture, developed with the design input of his partner Lucia Buceta. The pieces are as described; ‘Studio Chair’, ‘Studio Bench’ - items that have been developed to full a function, paired down again with his decision making clearly on show.

Described by Martin Maloney and Dominic himself in the essays that accompany this exhibition are reactions on what has informed the work, Maloney describes as radical Beattie’s alignment with textile design. The honesty and openness of these paintings that have pushed the artist to the far edges of his abilities, in his concentration, skill and discipline are both beautiful and functional.

With an entirely new series of work, CASCADE is a Dominic Beattie exhibition that has not been seen before.