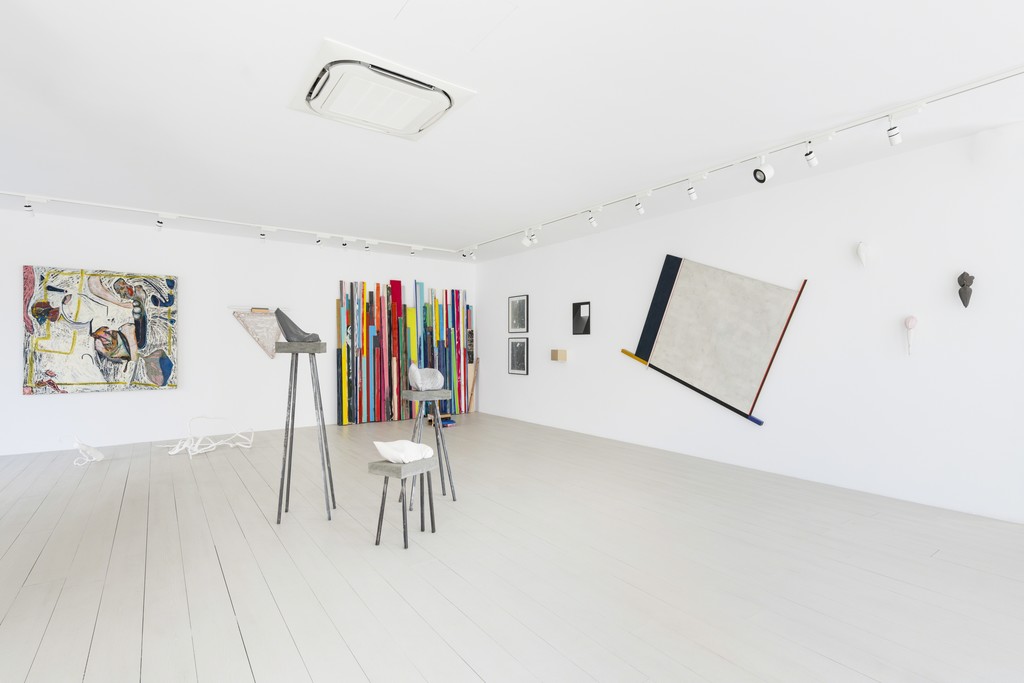 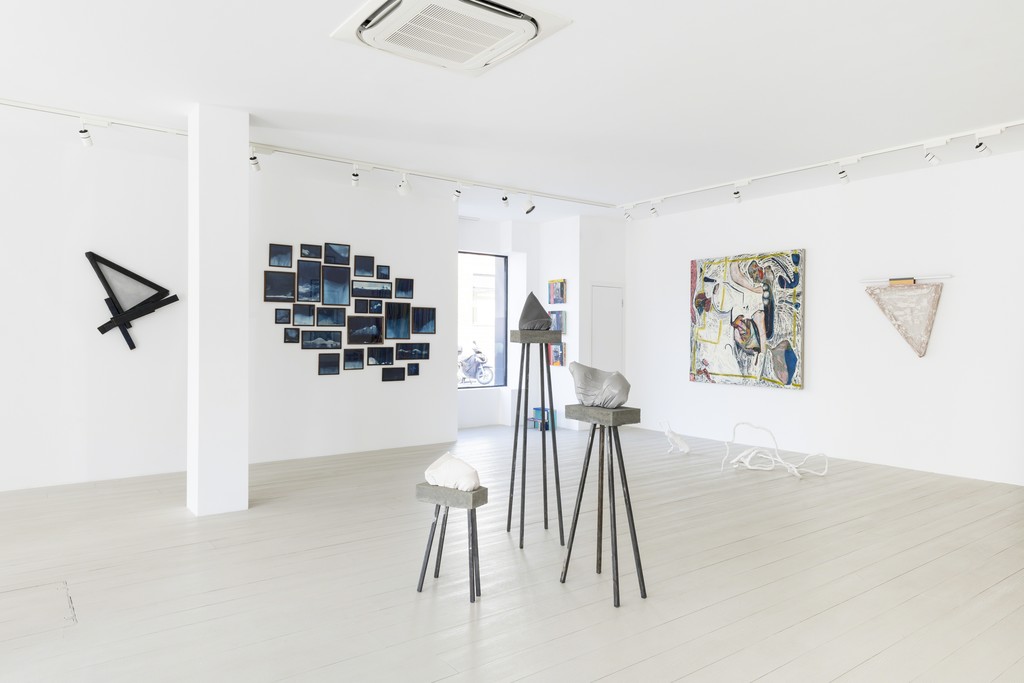 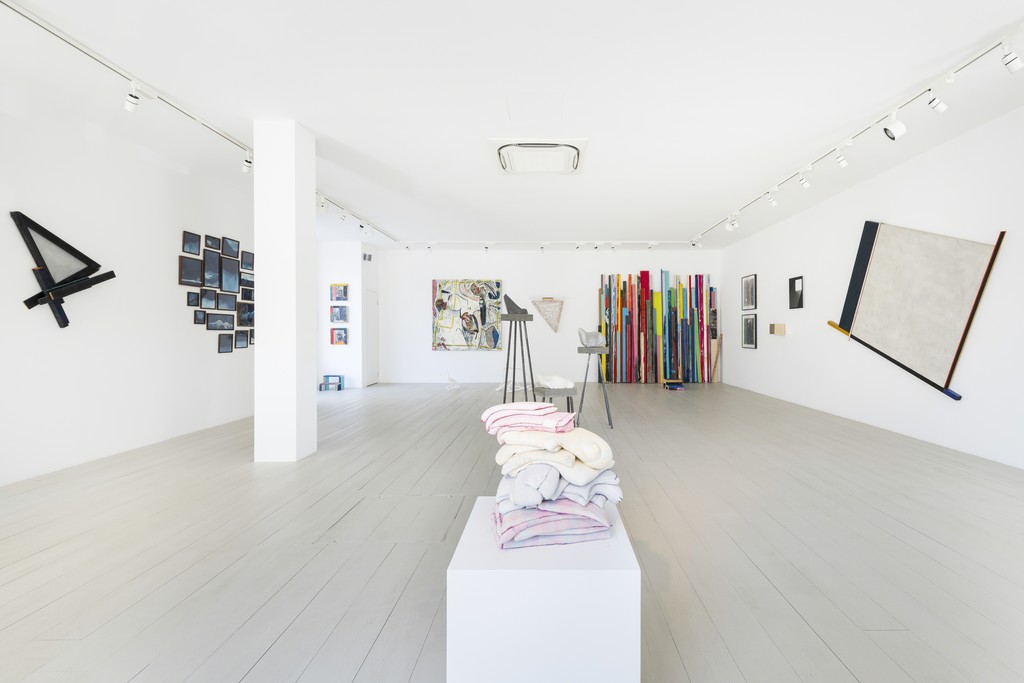 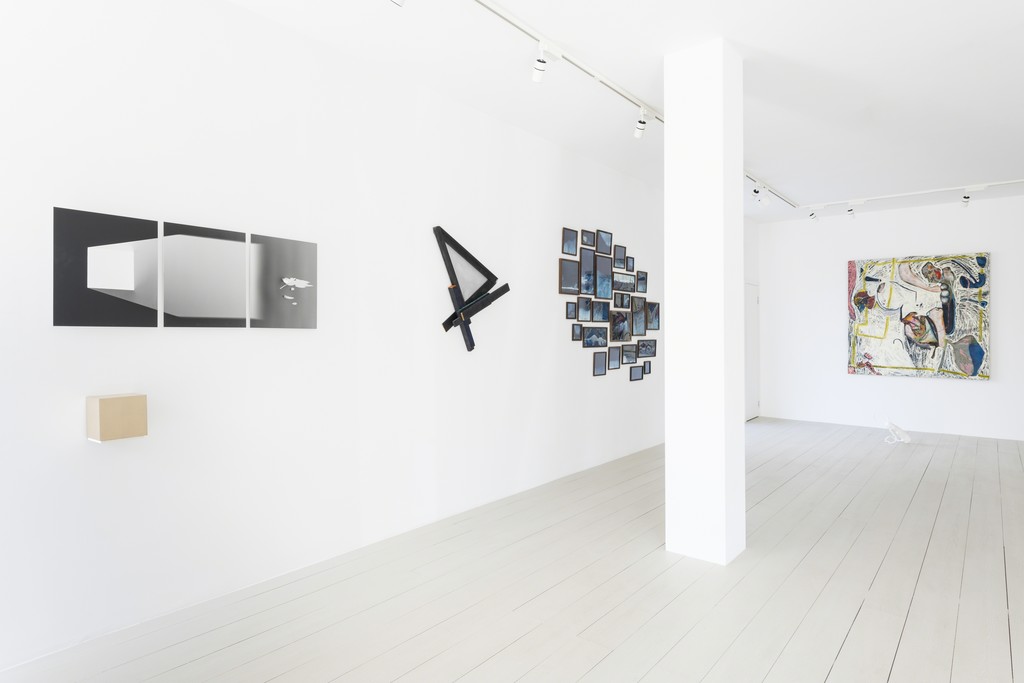 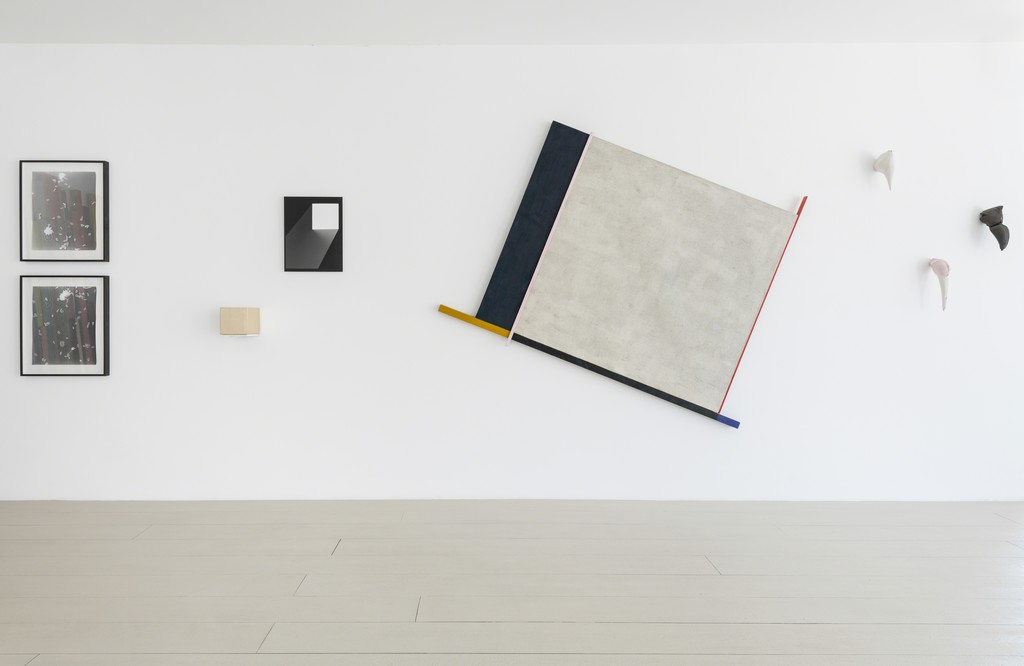 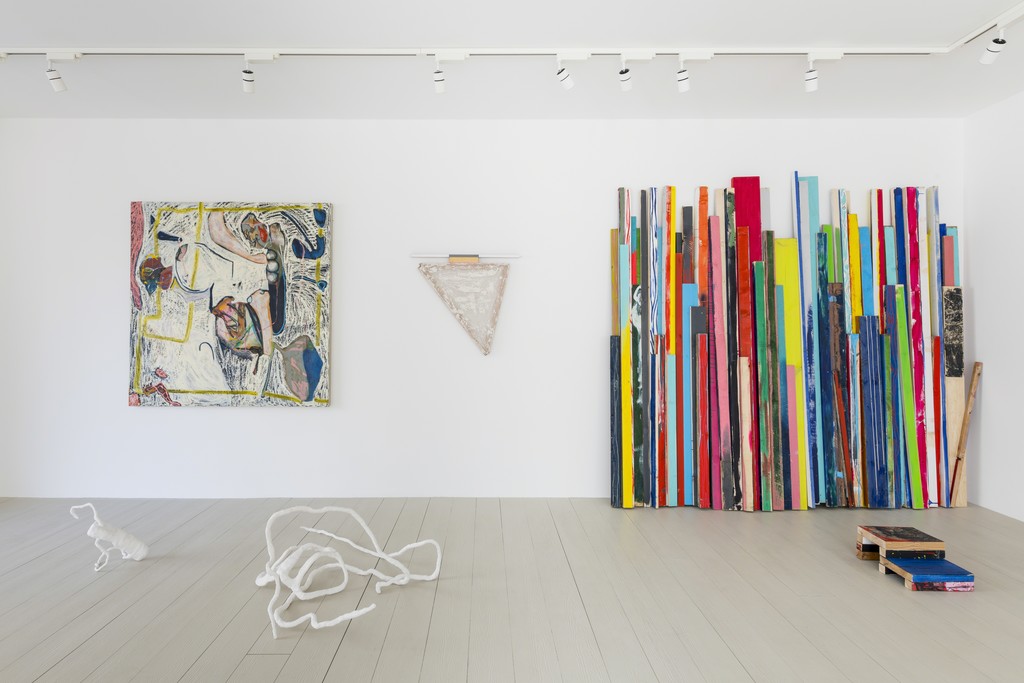 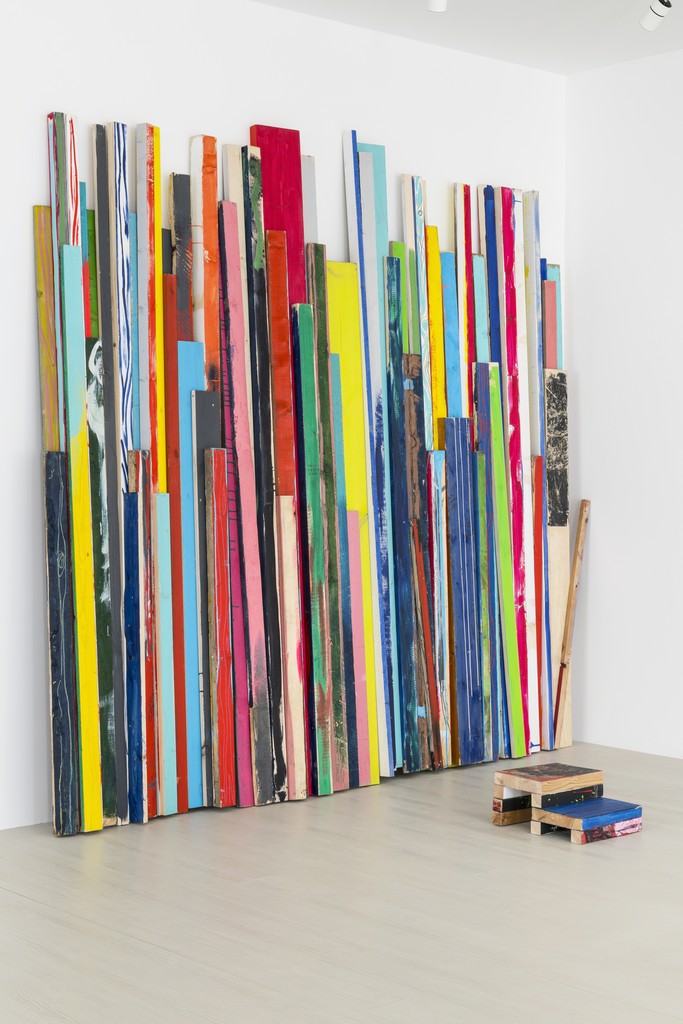 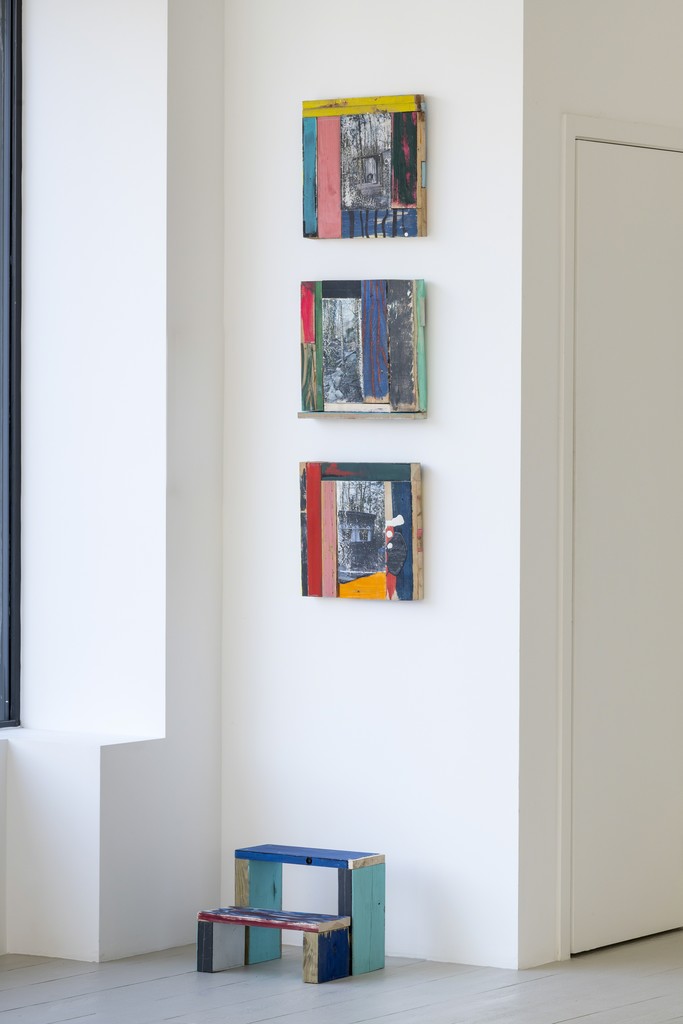 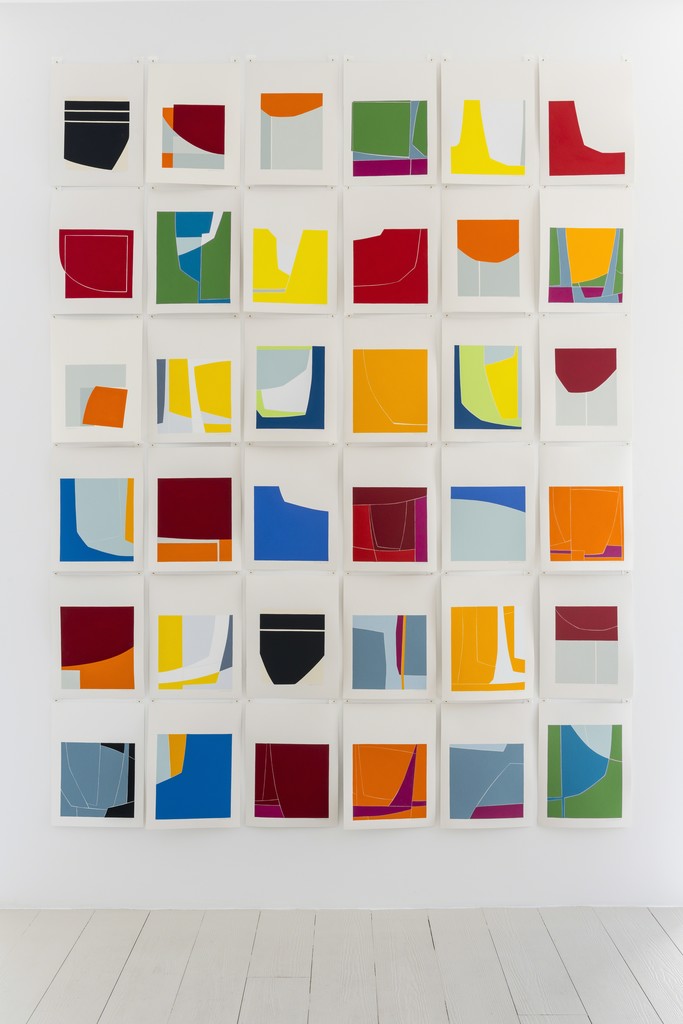 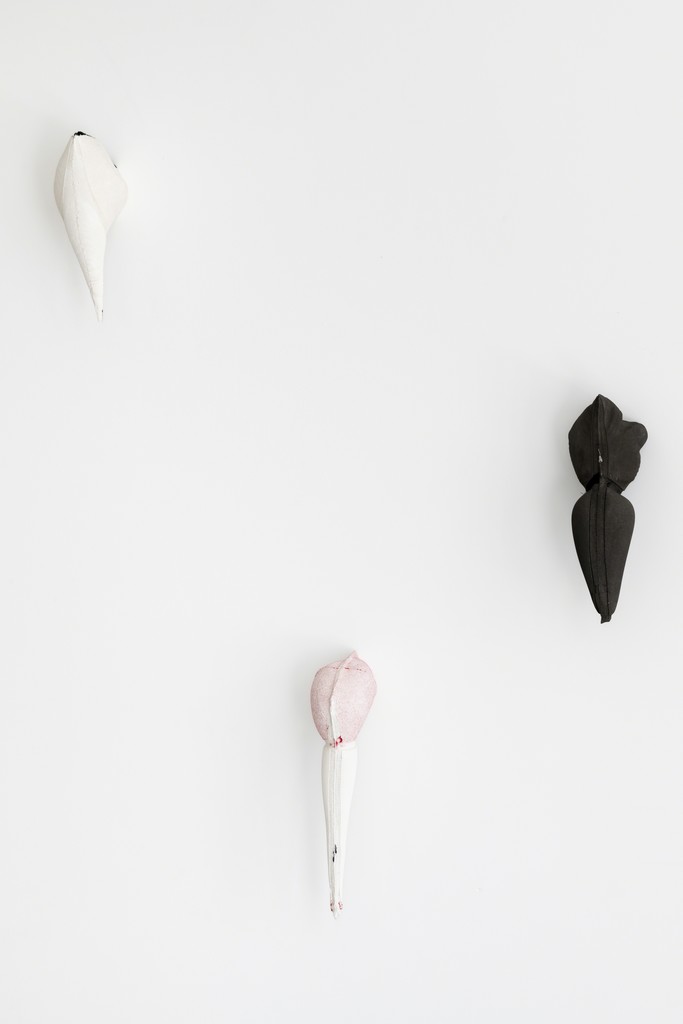 With each of the artists in this show, surface elicits as much as it demands; it holds a meaning as diverse as the specific methodology it provokes. For the painter Sarah Dwyer, surface has a topographical quality, one that requires a kind of burying and digging, revealing treasures in the hunt for colour and form. To the painter Dominique Gerolini, surface has more to do with a totality that contains, like skin on the body. It is continuous, without beginning or end, as described by the thinker Giles Deleuze, “…there is a surface that owes nothing to profundity. It is completely.” On the other hand, for the multidisciplinary artist HelenA Pritchard, surface is an opportunity to transform. Her surface work is a restoration of found form, adding layers that confer dignity and elevate the quotidian.

Alice Wilson questions the idea of surface itself though a strategy of inversion: the outside becomes the inside, the underbelly is flipped, and the step for your foot becomes a platform for your mind to expand. For the sculptor Helen Barff, surface a boundary: the contact layer. It retains the spectre of touch, but also separates, “surface is edges. Edges between here and there. Shifting edges. Our own edges.” Her interest in casting the empty spaces of discarded garments is about manifold surface, synonymous with Warwick and Cavallaro’s sense of surface in Fashioning the Frame, as the “threshold between the physical and the abstract, the literal and the metaphorical. Or a transition from material to metaphorical.” As with Dwyer, the exploration of surface is in many ways synonymous with the manifold space of memory and self. Surface is a continuously shifting membrane between “then and now, inside and outside, there and here.”

To the artist Ginny Parvy, surface becomes a narrative space to disclose what lies beneath, what is captured and what is lost. Her cyanotypes reference the undulating history of the water’s surface in art from Casper David Friedrich to Gerard Richter, and our urge to dive beneath, deeper into the unknown. She gets under the wave of things, exposes their lost history, white ghosts floating on a surface the sun has developed into a watery blue. To the artist Katharine Beaugie, surface reflects. Central to how she creates each photogram, surface directs and aligns light that is captured. Her work has a three dimensional quality, in the way it casts shadows in space. The performance artist Echo Morgan is the surface. She uses the surface of her own body to create new bodies of work: her skin as a canvas, her hair a tool to paint, and her voice as colour.

And so, the surface is the thing. It invites us to look more deeply, and ask questions about how something came to be that way. Rather than the end point, it is the access point. Its double aspect is what attracts but also separates. You can know and even memorise every single aspect of a surface, like a face… except that it shifts, as with your mood, and never fully reveals what lies beneath.