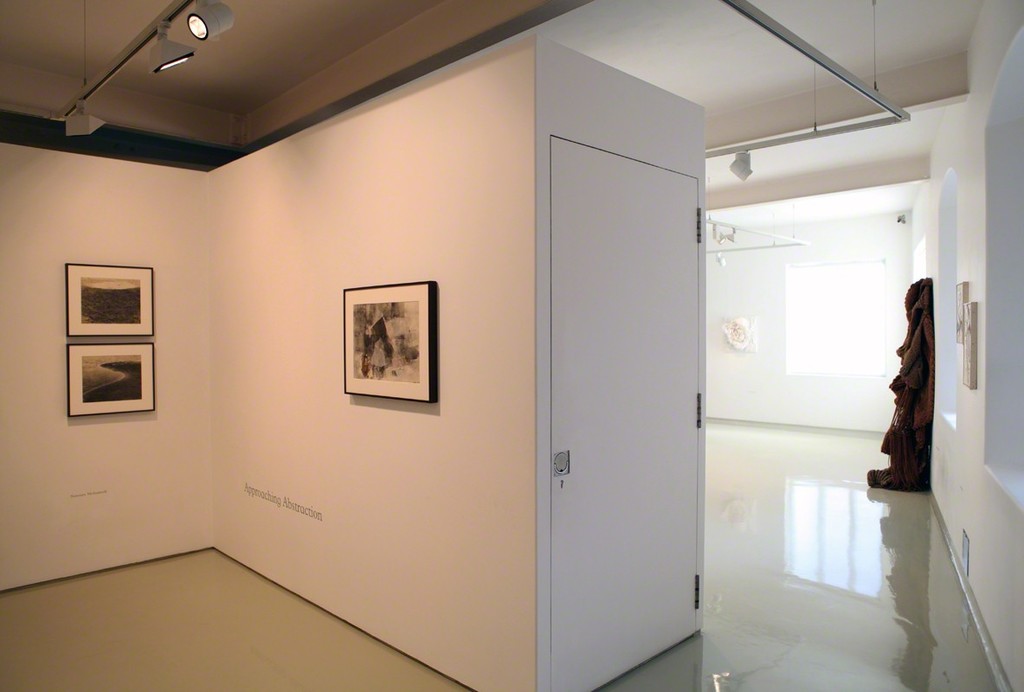 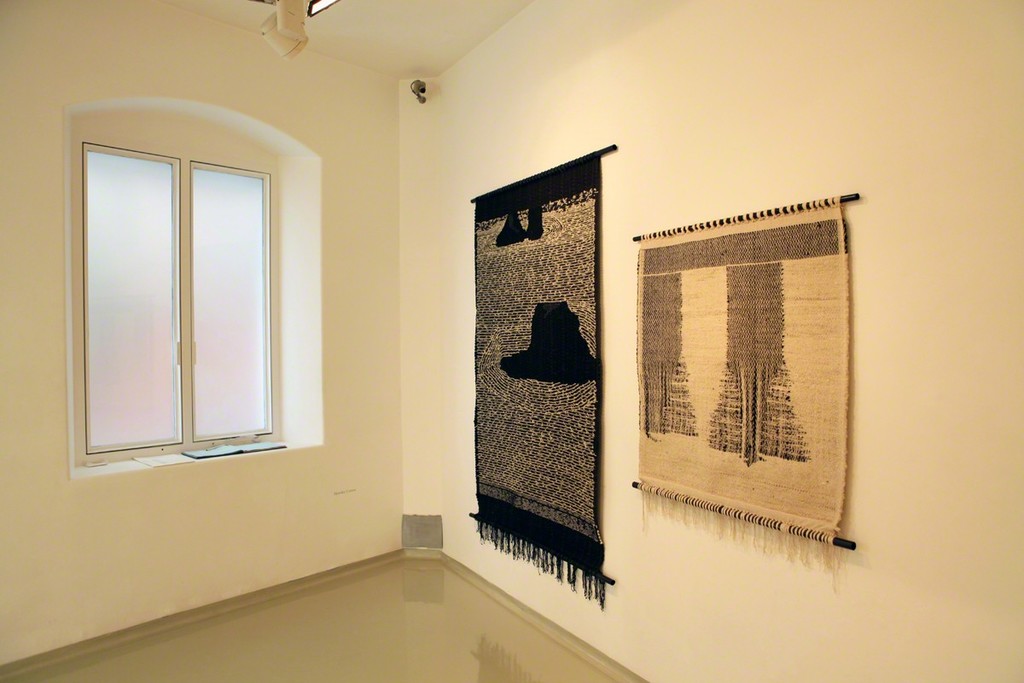 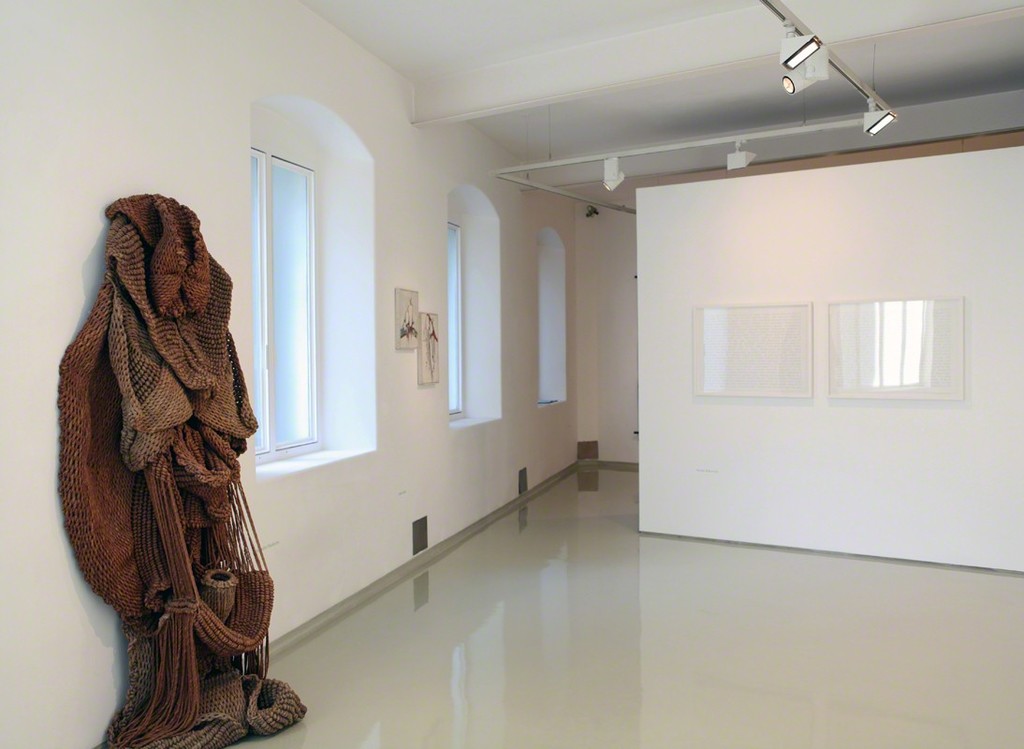 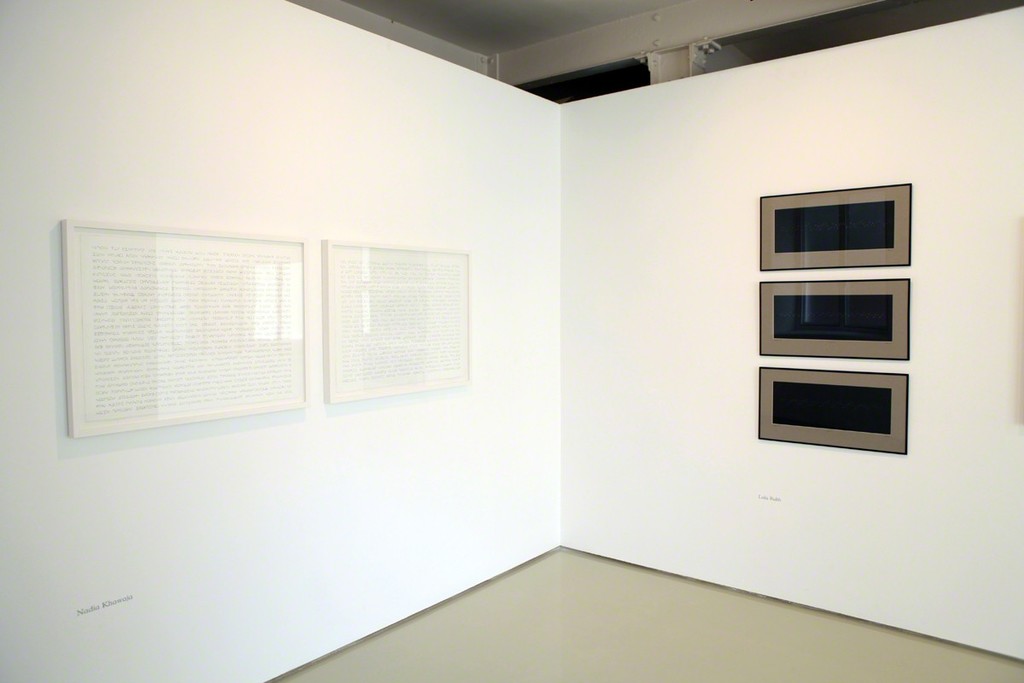 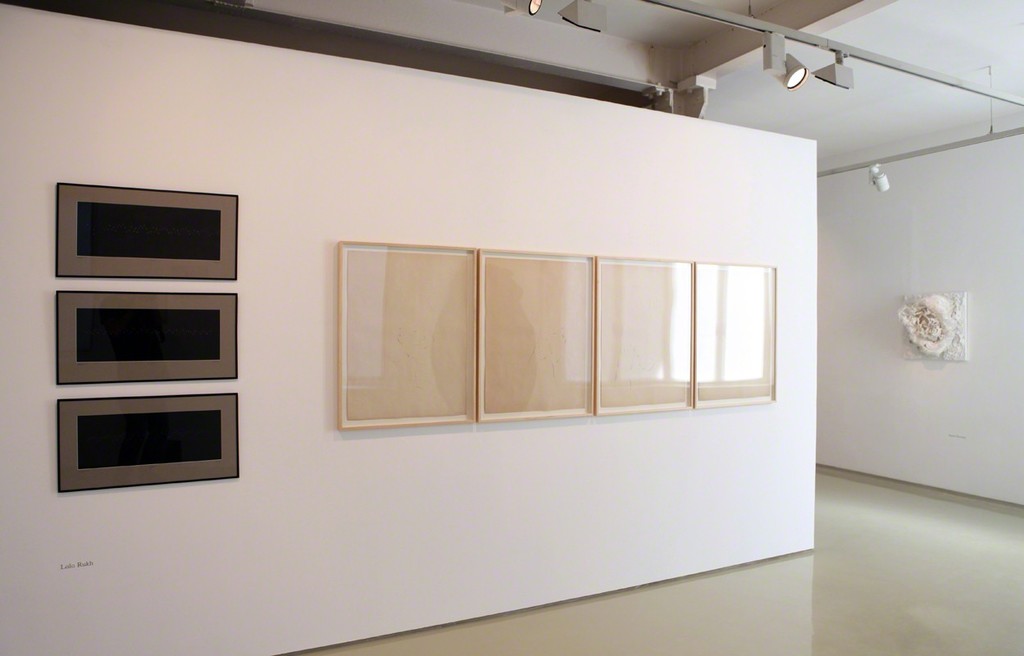 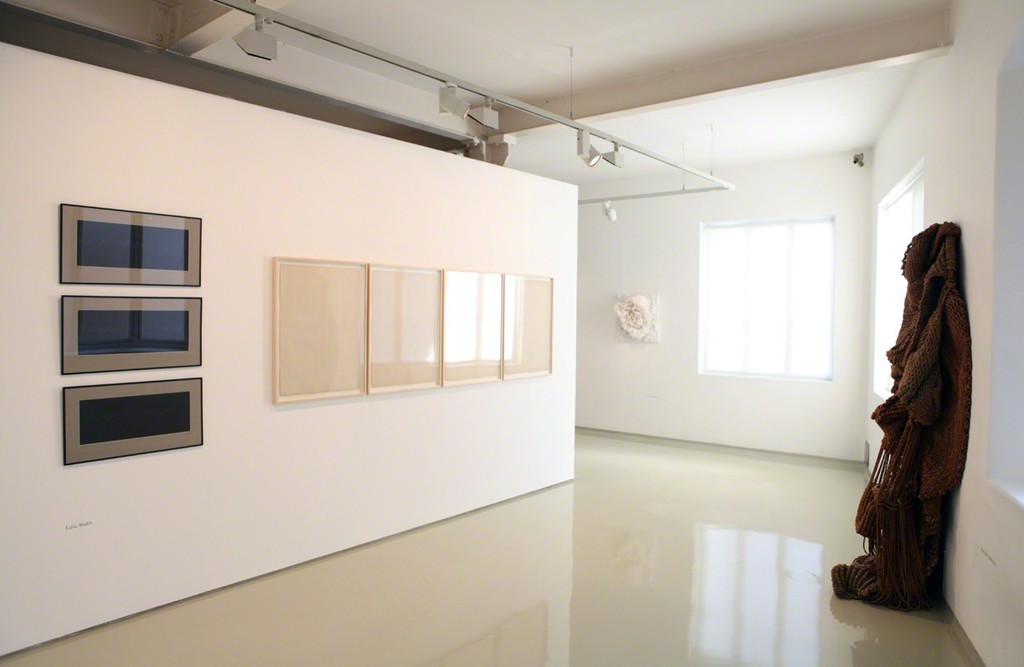 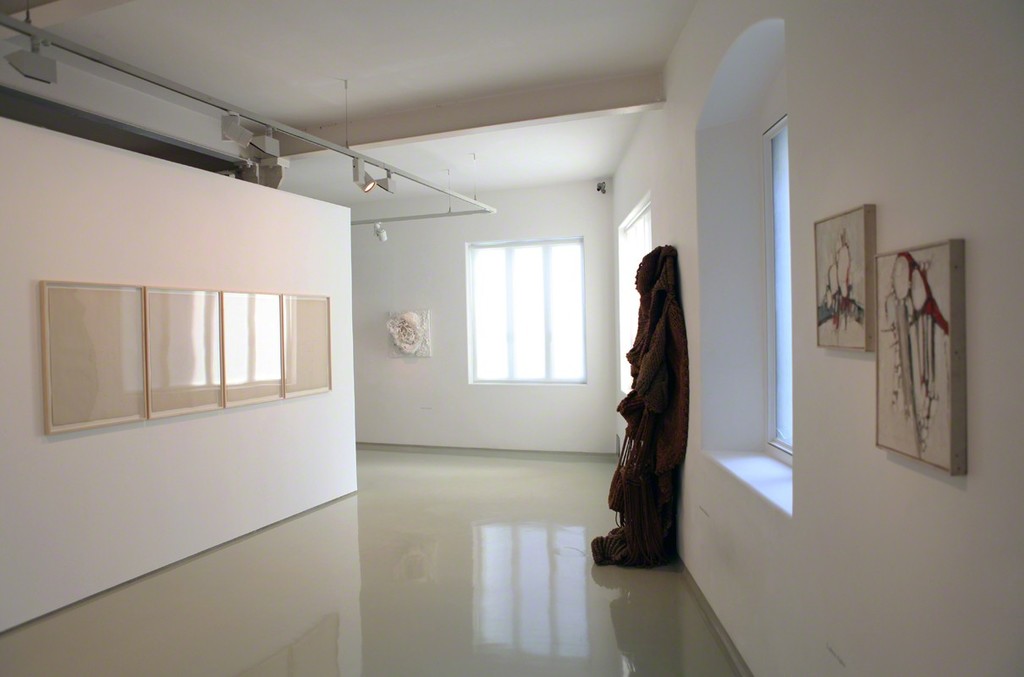 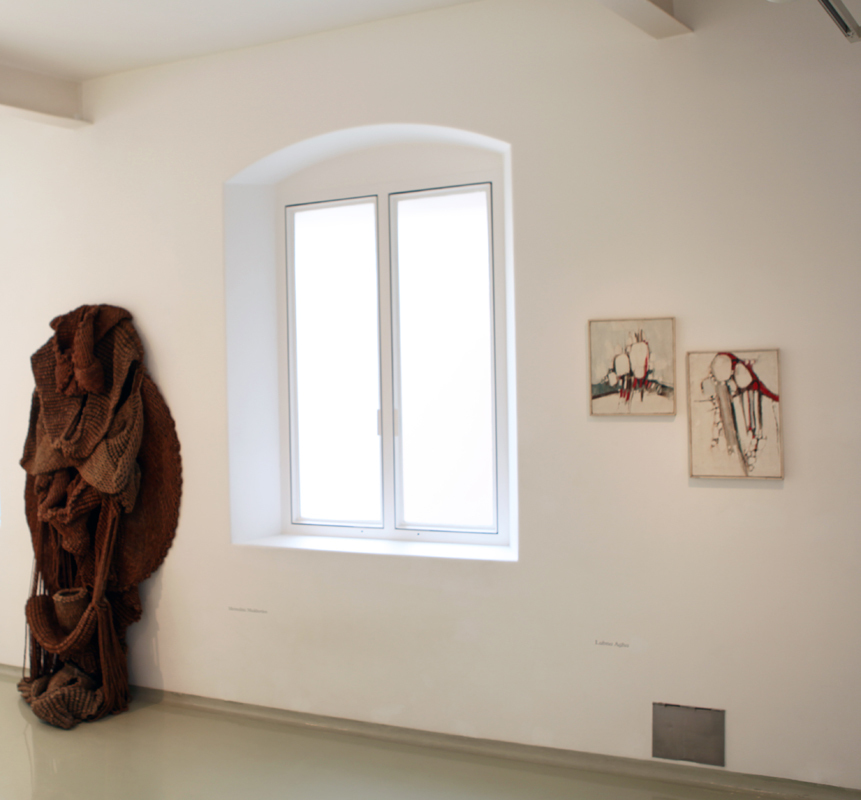 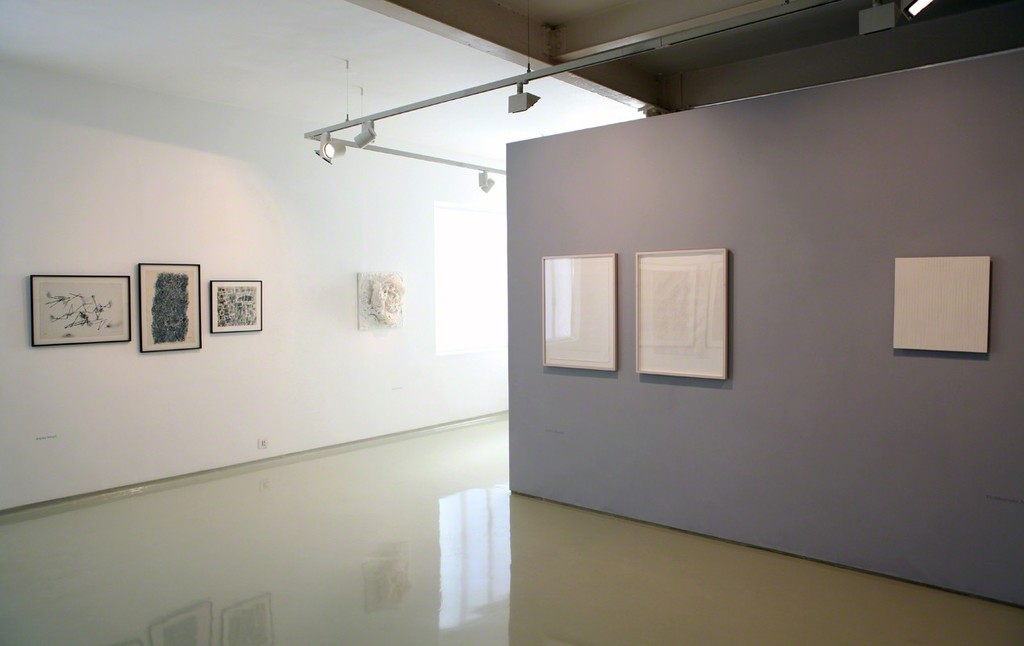 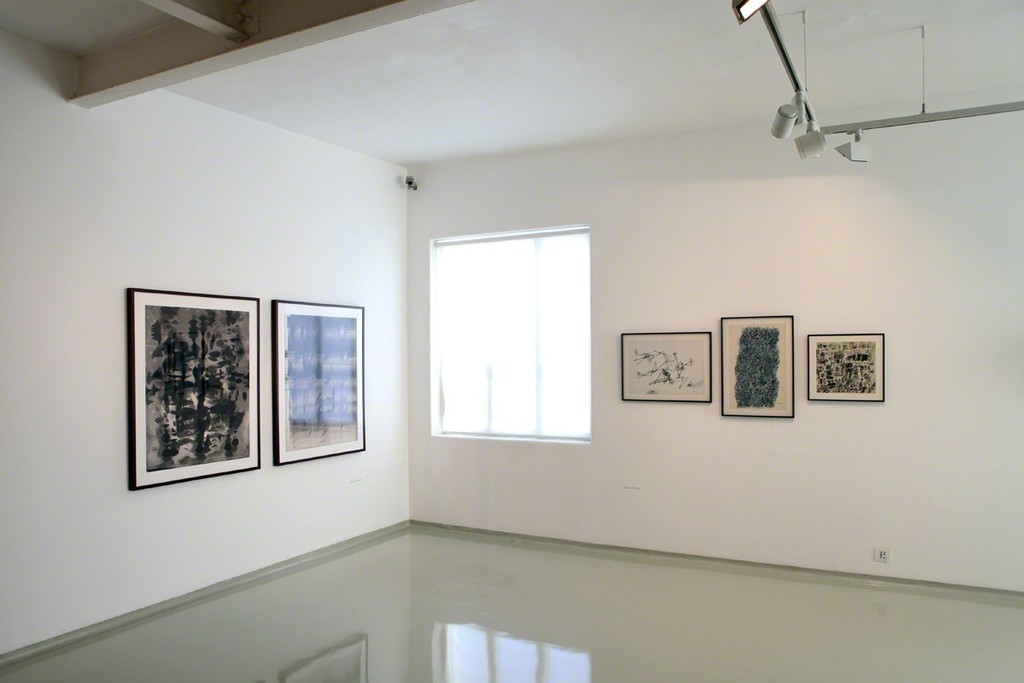 Approaching Abstraction: the title to this exhibition is itself open-ended and multivalent. Its surface meaning seems to be simplicity itself. But is it? The large compass covered by two words can lead, also, to a kind of terminological vertigo. And the works seen here partake of these paradoxes, proving themselves to be—turn after turn, viewed singly or en masse—deliberately opaque or crystalline in their intentionality, formidable in their variety of simple and elaborate techniques, and defiant of crude, monopolistic impositions of meaning.

The work of thirteen women artists from South Asia—most of whom emerged into prominence in the 1970s and 1980s—is here displayed. At a time when painting and sculpture had become strictly associated with high modernism, and when a formal painterly abstraction was considered an almost exclusively male domain, these artists chose to embrace abstract art on their own terms. For one, they resisted the easy dichotomy between representation and abstraction; many of them moved easily and fruitfully between happily porous boundaries. For another, they understood that abstraction, rather than being a unitary monolith, was and is, in fact, a concept and practice of many dimensions: biomorphic, geometric, gestural, transcendental abstractions, to name only a few. Third, materiality became increasingly woven into their art—adapting Marshall McCluhan’s famous words, the medium became (part of) the message. Collage, fabric and fibre, etchings and mark making, detritus put to new use, Muybridge-like time lapse forms, sculpture out of unconventional materials, and works on paper which use the material properties of paper itself as an aesthetic component—these modes of creating art existed alongside traditional works of painting, whether these were expressively abstract or manifestly narrative. The aim was not to destroy or dislodge but to forge new avenues. Finally, the “new” was often a return to the old, to the traditions of indigenous abstraction.

This exhibition shows many works rarely seen publicly before, let alone side by side. This grouping of work which was never the oeuvre of a programmatic, manifesto-driven group, makes for a setting in which complex conversations can take place. A simple harmony would be tedious. Therefore: What are the affinities and disaffinities among the work that is seen here? What makes for a convivial yet contentious dialogue? Which art is explicitly an homage? What makes one piece creatively react against another? What is the role of the polemical and the political in the process of artistic creation? Does the concept of “woman artist” open up or close possibilities, does it marginalize or liberate? Abstract though the art is, and however variously we approach it, the questions this exhibition elicits are far from arid. They are unabashedly, richly and solidly material.