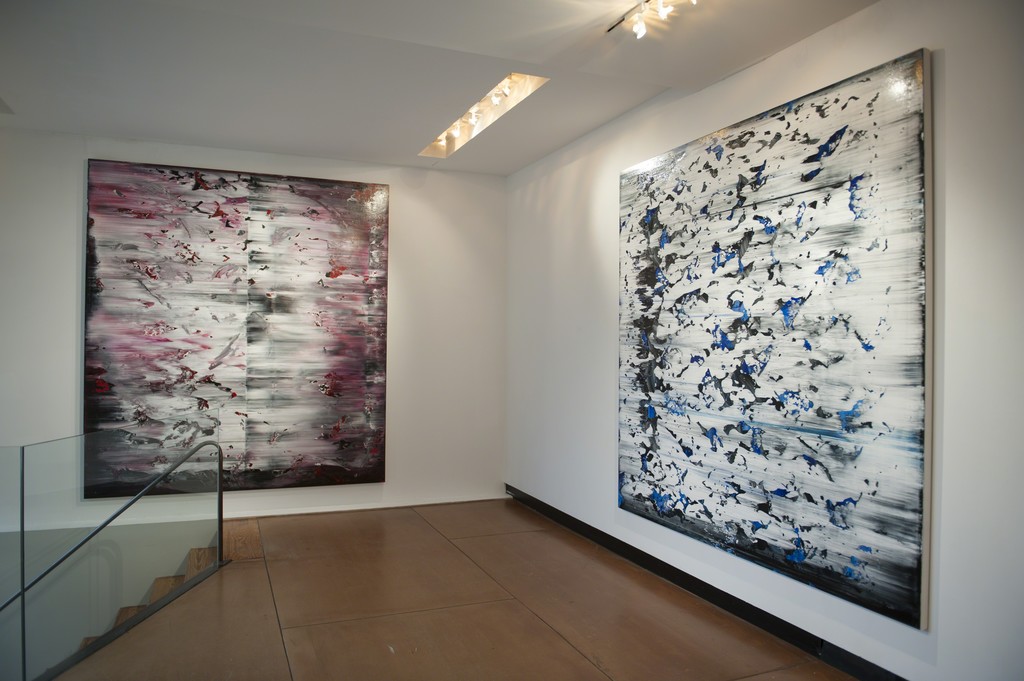 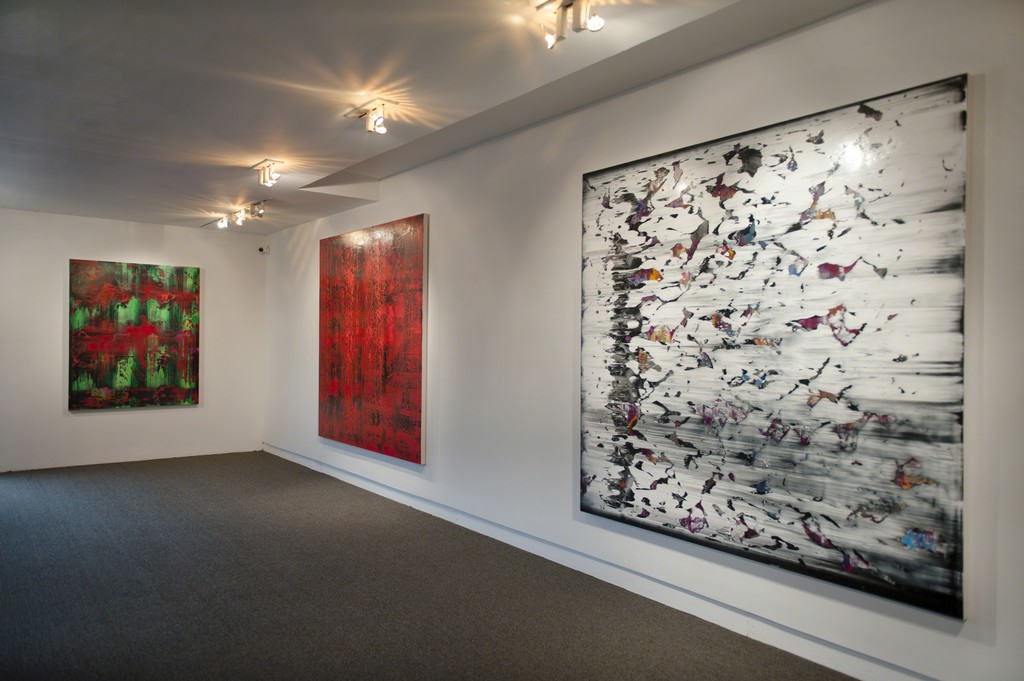 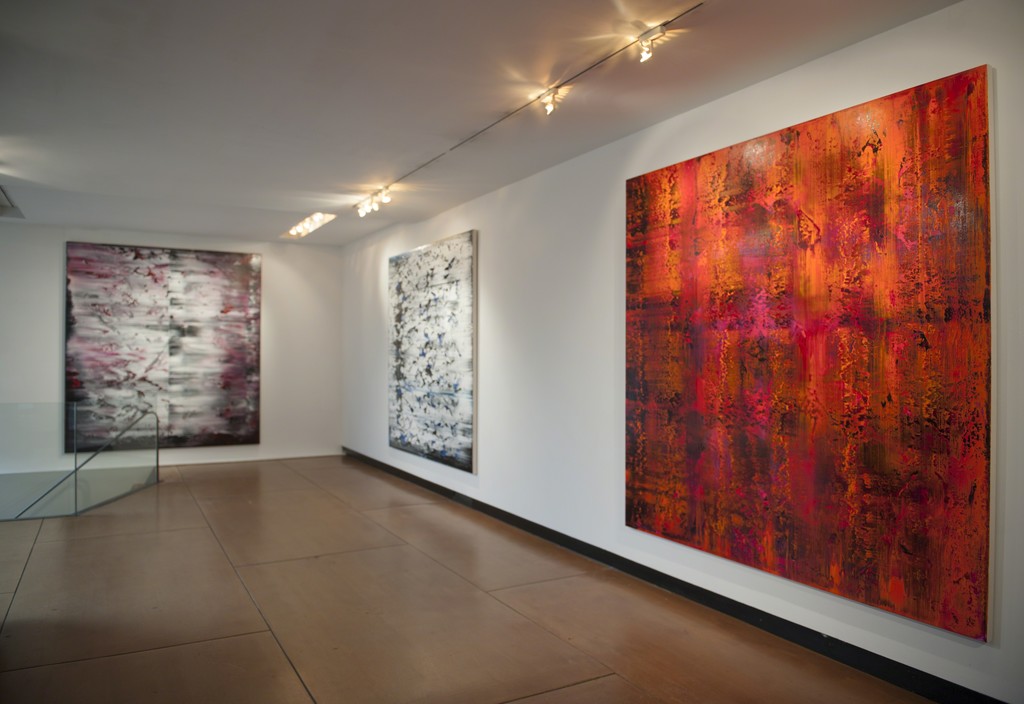 Jim Kempner Fine Art is pleased to announce 143 miles per second, the gallery’s second solo exhibition with Stanley Casselman. The two-floor exhibition features a comprehensive selection of the artist’s most recent Luminor paintings.

A full color catalog accompanies the exhibition, with an essay by writer and art critic Carter Ratcliff.

Casselman’s newest body of work, Luminor-8-, demonstrates his expanding vocabulary in abstraction through the use of a squeegee. The title of the exhibition references the speed at which our solar system rotates around the center of our galaxy and points to the omnipresence of motion, the central theme to this body of work. Casselman’s subject matter is the universe, our physical and temporal realty. Gravity, plate tectonics and speed are the foundation for this body of work.

Casselman applies acrylic paint to his canvas using brushes, a squeegee and paint directly from the tube. The artist builds up a surface or layers of paint only to destroy or unearth what lies beneath. The nuances of curvilinear lines and brushstrokes in these Luminors differ from his earlier, less gestural, IR series paintings. Also on display are Casselman’s monochromatic paintings. The monochromes are completely new, an exploration in how the multiplicity of overlapping hues can, as Casselman describes it, “create a vast visual symphony”. These are the only paintings the artist has ever produced without the use of white.

The palpability of movement and surface tension is visible in Luminor 8-11. Casselman painted random swirls of black and white over a blue under painting. A final pass of the squeegee left large rifts in the surface. The result, as Casselman puts it, is “pure physics – random elements and semi-predictable ones.” Luminor-8-16 unveils the dynamic space that unfurls when vertical passes of the squeegee are placed over horizontal passes. Similarly, Luminor-8-5 plays cascading greens against horizontal strokes of hot red to arrive at a seemingly electroluminescent repose. Casselman’s work reveals a deft painter who celebrates the unknown and the interconnectedness of fortuity and existence.