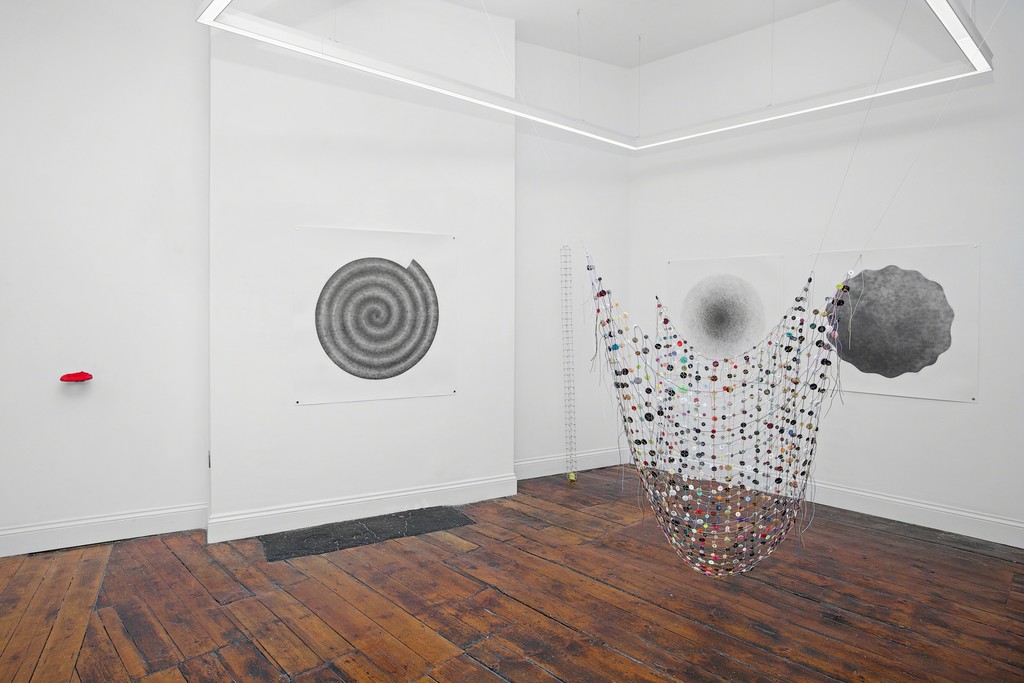 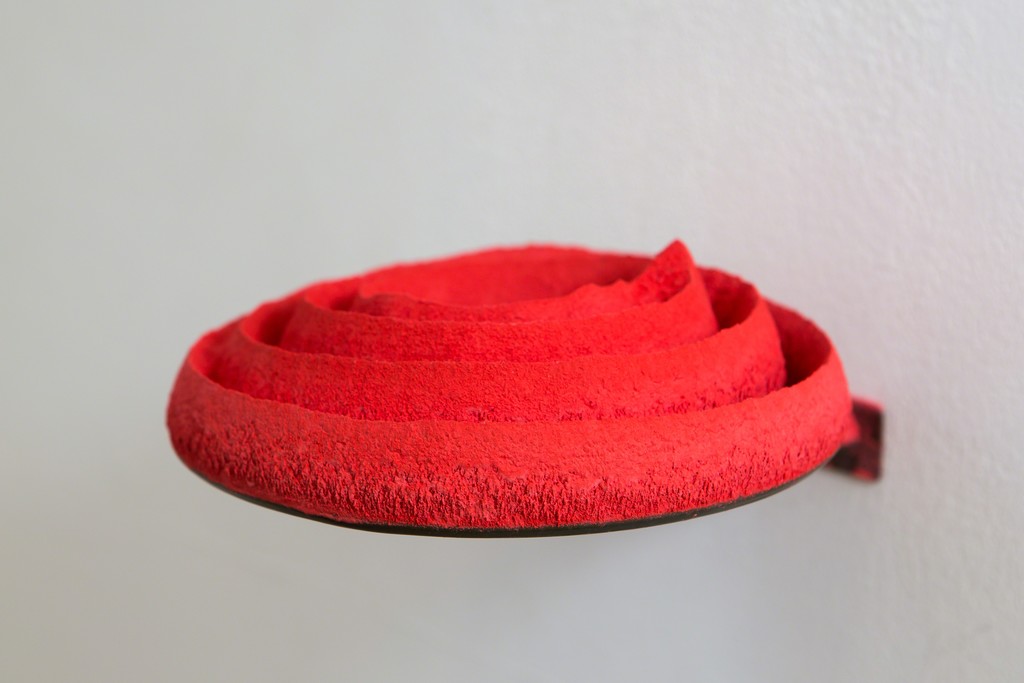 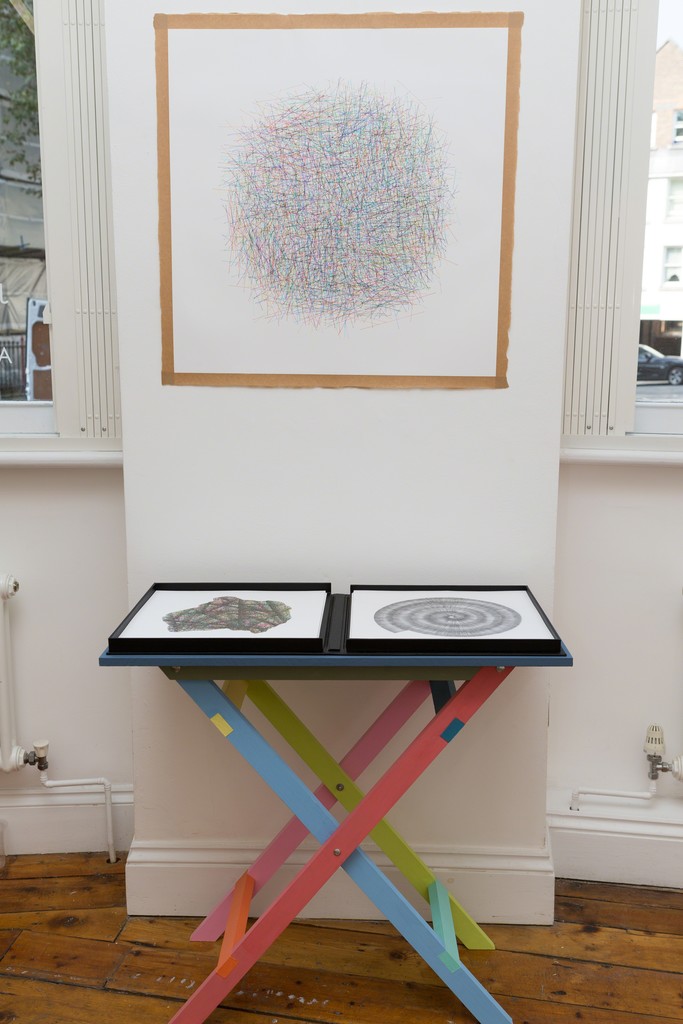 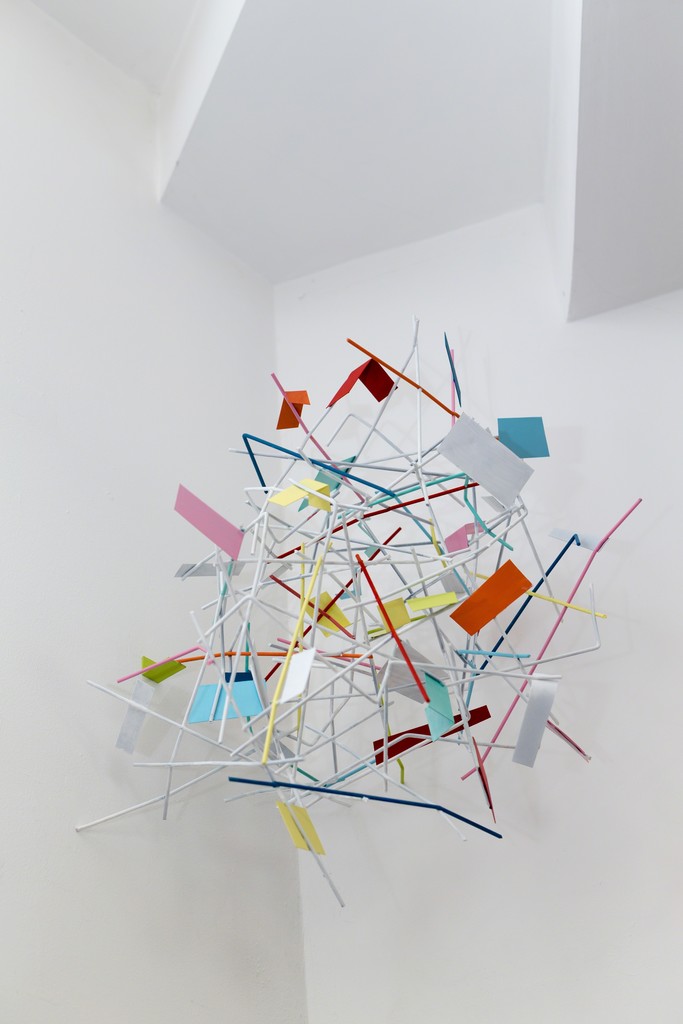 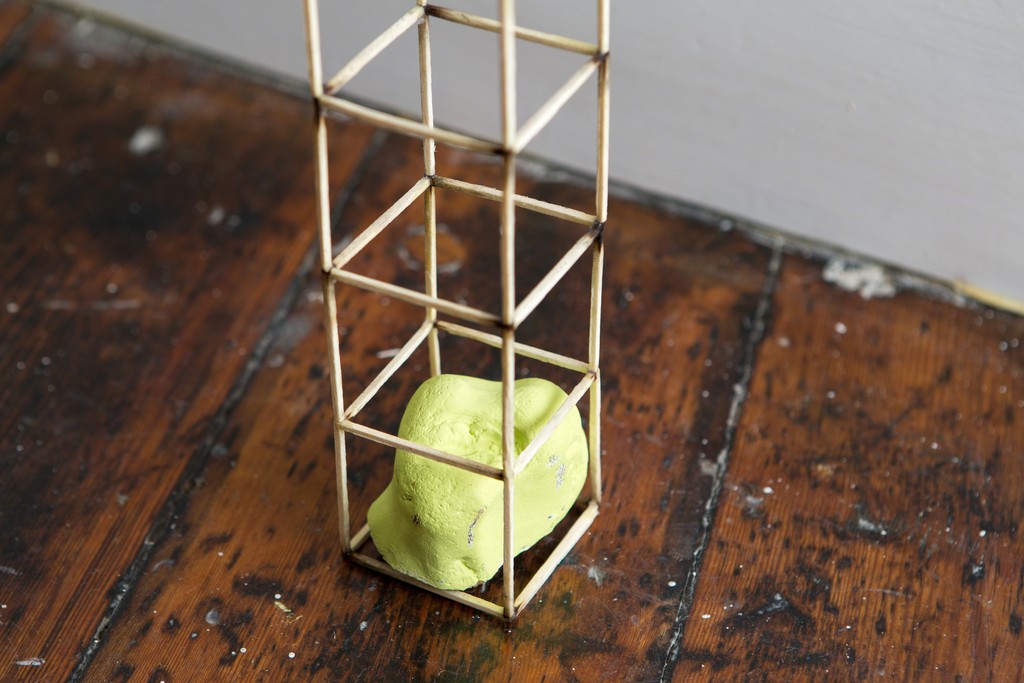 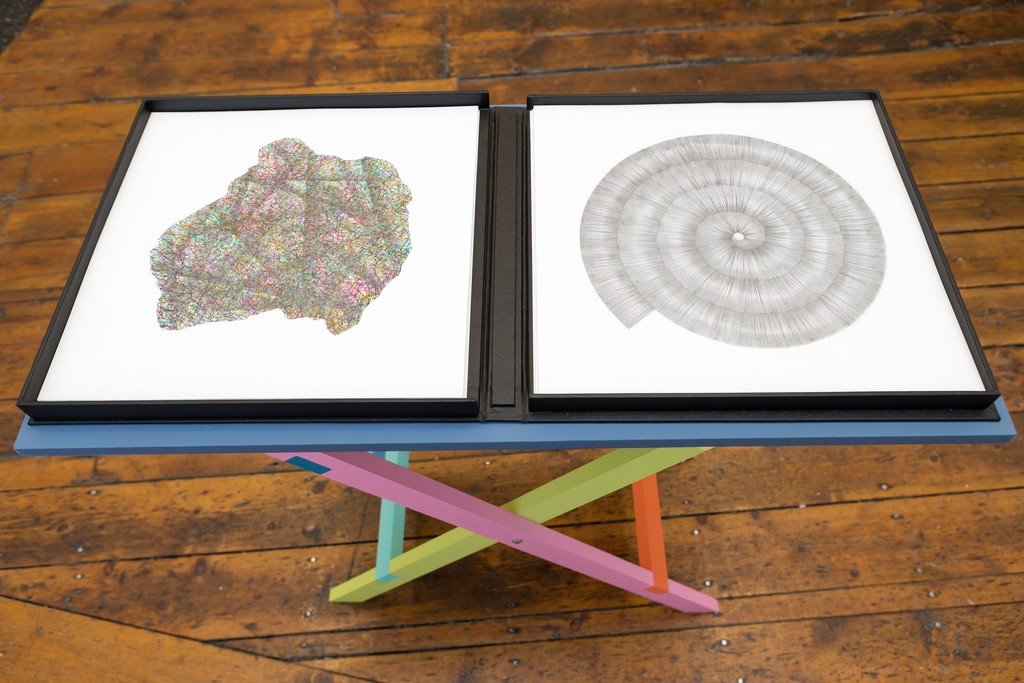 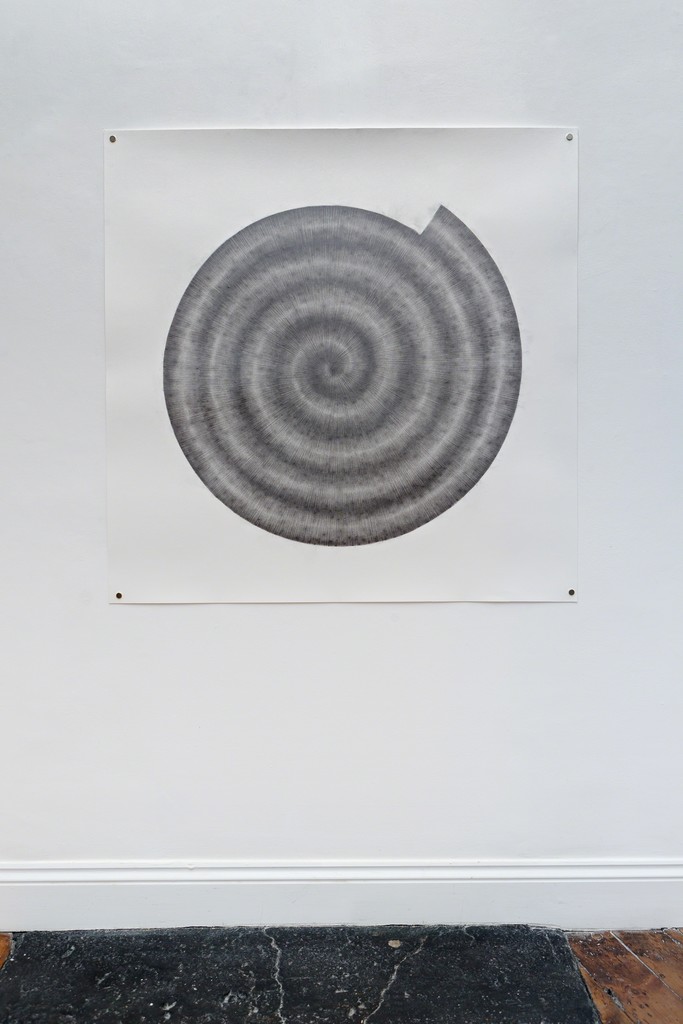 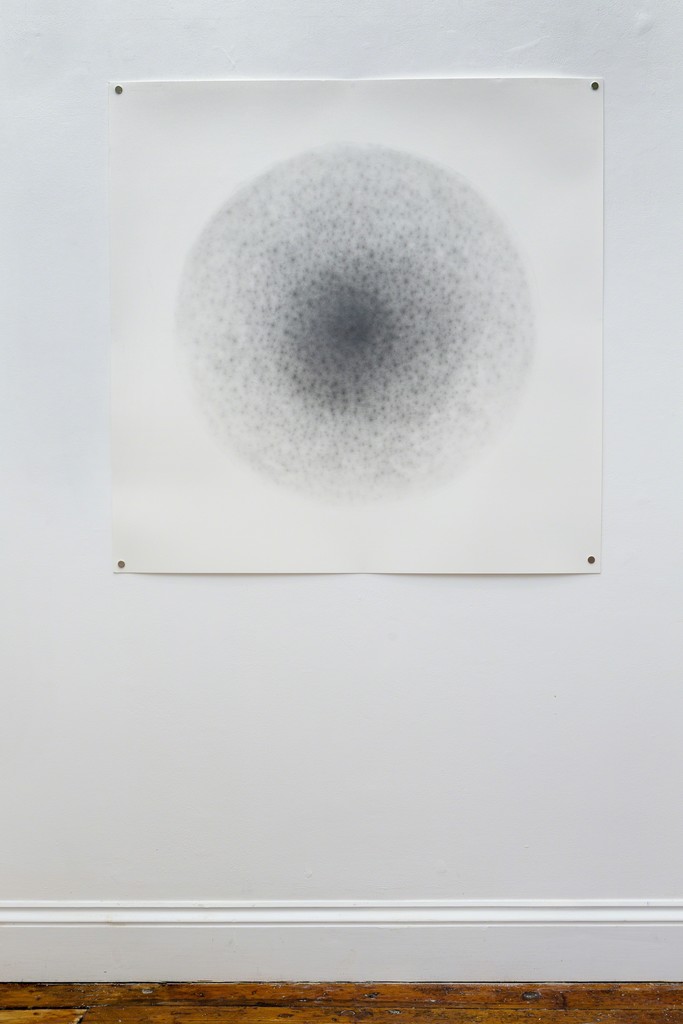 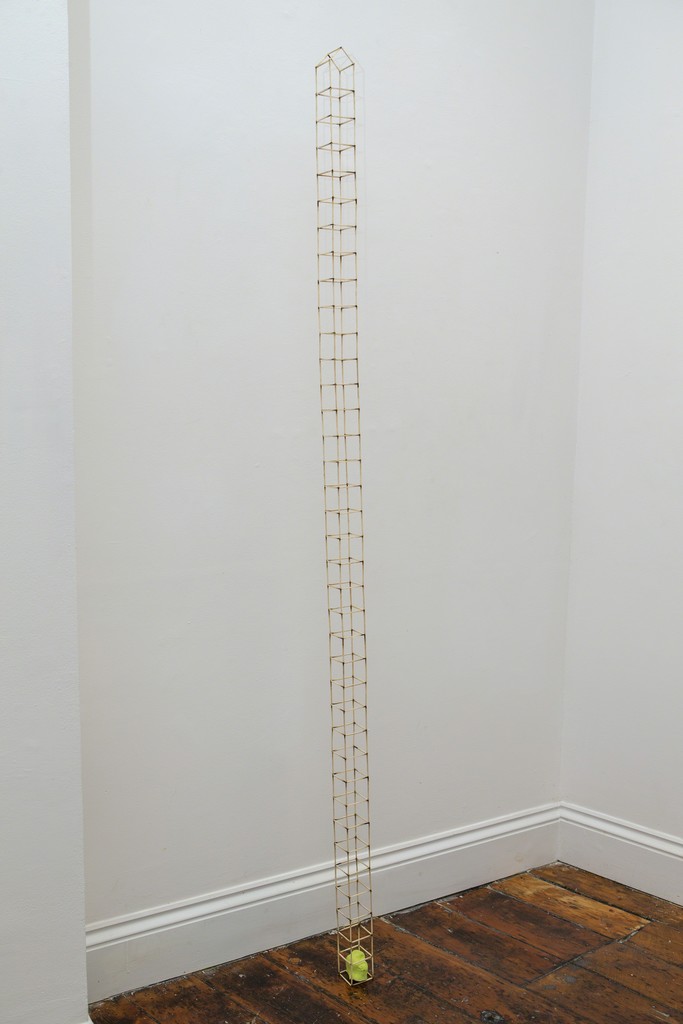 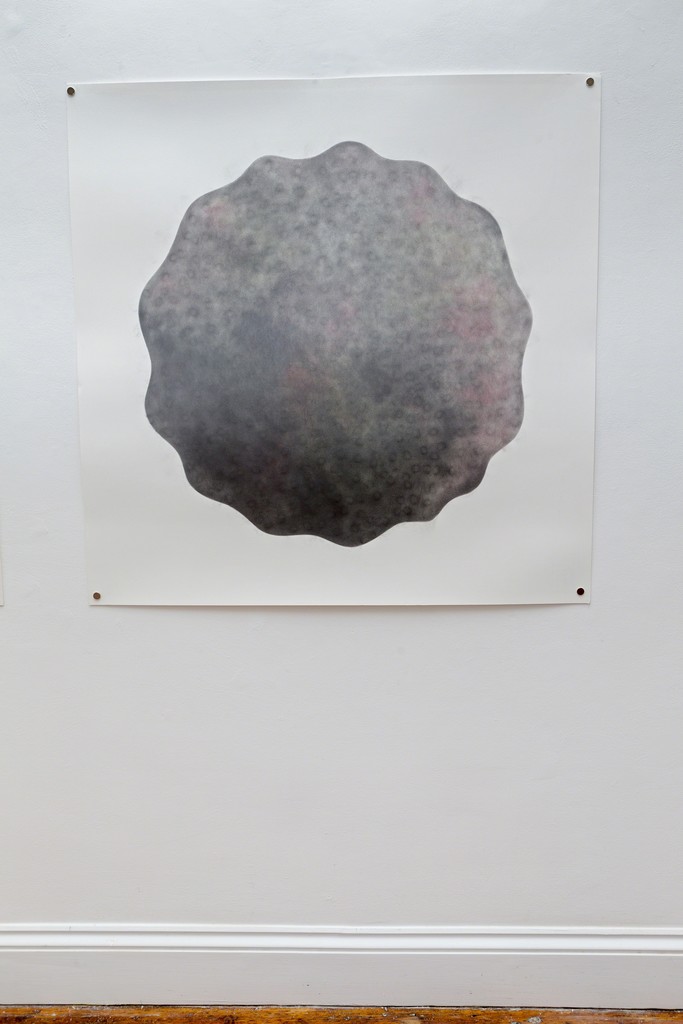 A solo show of recent drawings and sculpture by the artist Alan Franklin, in a new exhibition, SEE SAW.

A playful and inventive exploration of materials and processes seeking the unfamiliar in the familiar.

‘I want my work to stray or wander from what we think we know in order to be surprised, not by something new, but by something which is already there.’

Franklin refers to his drawings as flat sculptures putting the focus on their materiality and the processes by which they are made. Equally in this exhibition his sculptures might be seen as three dimensional drawings. Ideas and thoughts crisscross in a conversation with each other.

These abstract works are inventions, which have been arrived at through a process of play and in the case of the drawings a set of rules, which are intended to keep them from being representational or imitative. Repetition and simple systems are recurring strategies often involving hours of labour. This allows time and external agents to introduce accidents and the unplanned creating unpredictable events and deviations from a predetermined system. It is often these surprise wobbles which give the work its honesty and visual interest.

‘I like control and seem unable to shake off a desire for neatness and perfection. Yet it is those little imperfections and deviations that gives the work its character and surprise. It makes for an interesting tussle; a contest between head and heart.’

SEE SAW alludes to play. Two people have to co-operate and collaborate with the mechanics of the SEE SAW and the forces of gravity. The game is repetitive, up and down, over and over again. The participants facing each other are looking in opposite directions, they have different perspectives. While their end of the SEE SAW is up they can see more and the other person can see less, but then it changes.

'I like this duality and there being more than one view point and how perceptions can change depending on where you are coming from. I like too how SEE SAW simultaneously suggests past and present. Perception is like that, we see in relationship to what we have seen.'