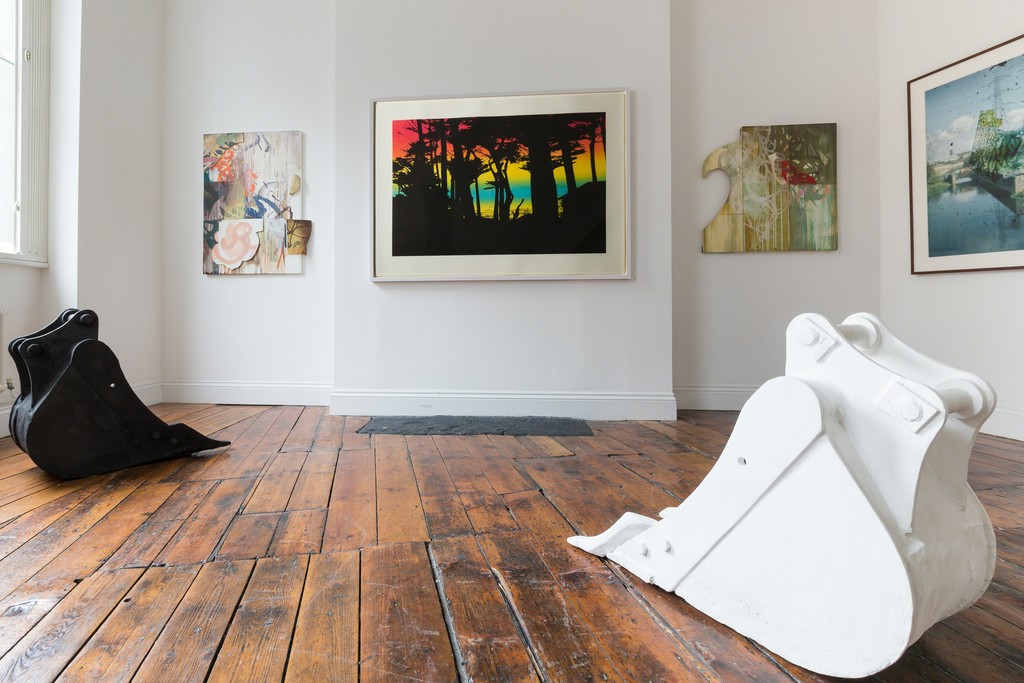 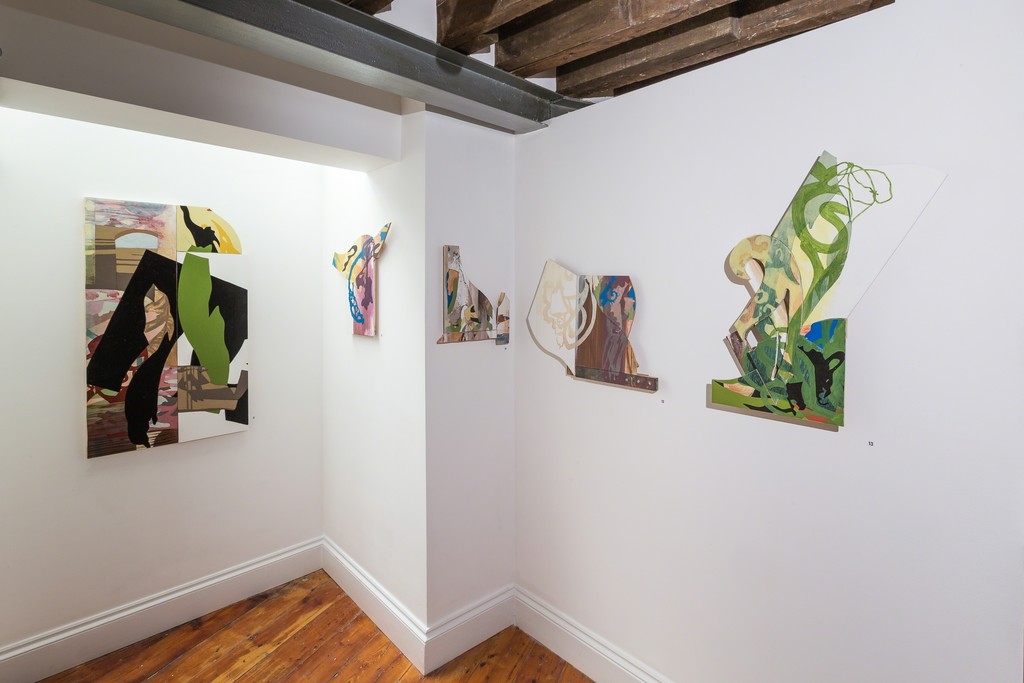 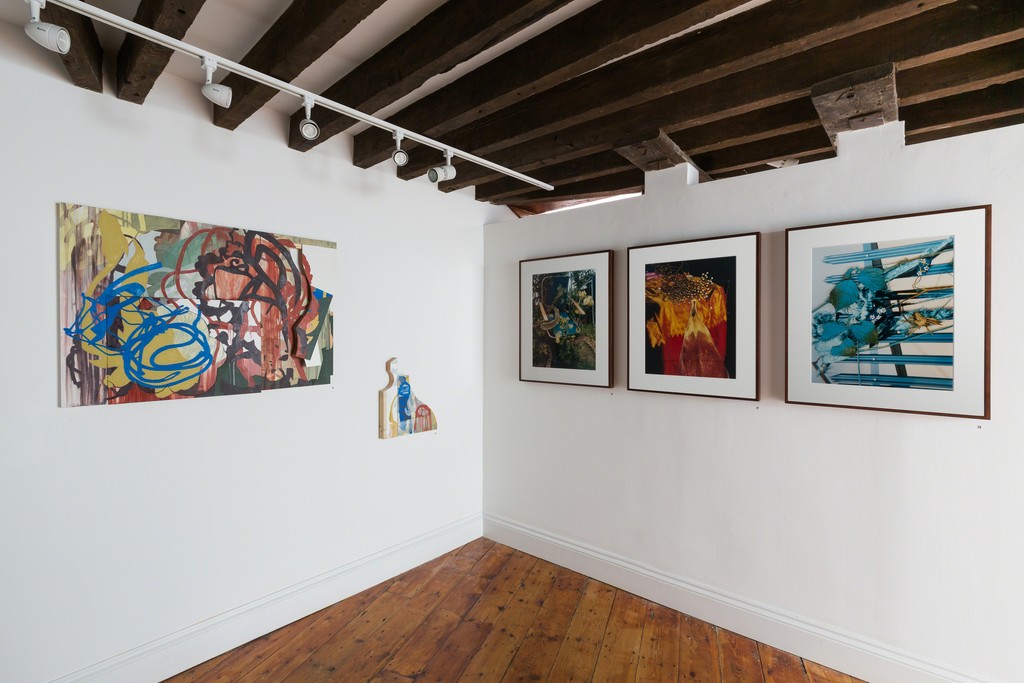 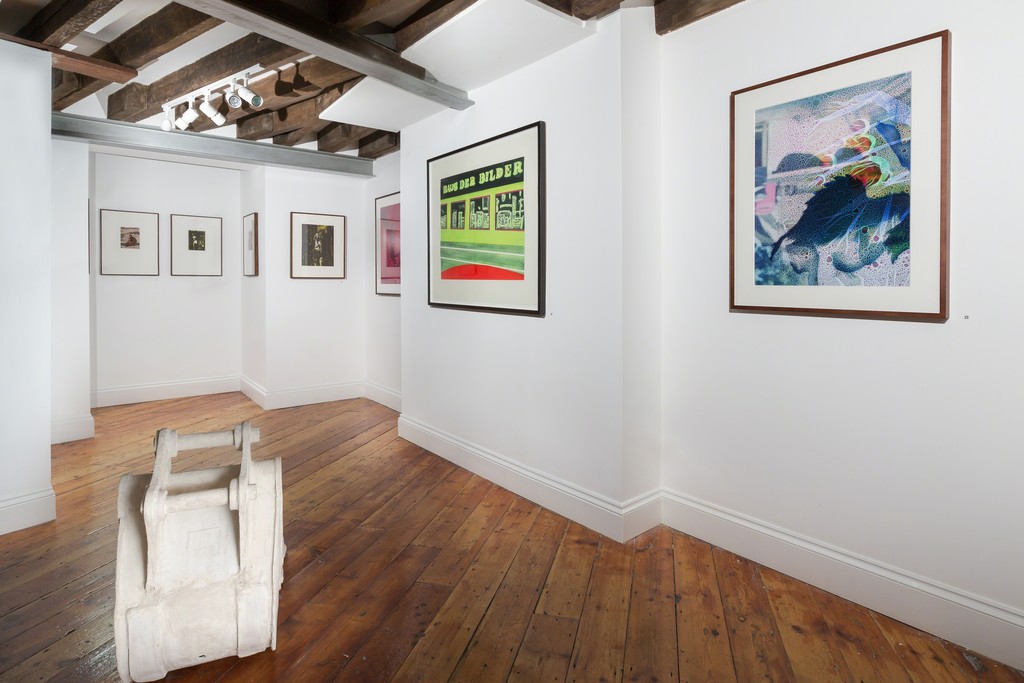 Digging Deeper offers an alternative showing of works by Stephen Gill and Peter Doig in the context of a select group show. The show attempts to provide new insights into both artists, by contextualising their work with that of two emerging artists. Curators Julian Page and Joanna Bryant seek to offer an alternative and thoughtful approach to Gill’s photographs, whose practice, established over a number of years in Hackney, East London, continues to surprise. By placing these works alongside prints by Peter Doig, with their haunting and mysterious evocation of place, sculptures by Katja Larsson and painting constructions by Ruth Solomons, whose practices are both dependent on the experimental, Digging Deeper not only references links in the intent and the processes between these four artists, it also attempts to offer deeper insights into the seemingly familiar.

Stephen Gill will be in attendance at the gallery for a book signing, Wednesday November 4th, 4-6pm
A new fundraising print by Stephen Gill, from his series Talking to Ants, is for sale during the show.100% of the proceeds will go directly to help people in great need & will be donated to the Red Cross Europe Refugee Crisis appeal.

Julian Page and Joanna Bryant are independent art curators and dealers, supporting emerging and established contemporary artists and working together to hold exhibitions that reveal surprising dialogues through the process of collaboration.

The artists and works:

Peter Doig is one of the most renowned living painters and the most expensive living British artist at auction, recently eclipsing Damien Hirst. His painting Cabin Essence sold at auction for nearly £10 million during London’s 2015 Frieze Week. A peripatetic childhood in Scotland, Trinidad and Canada was followed by art school stints at Wimbledon, St Martin’s & Chelsea. An invitation to an artist residency in Trinidad in 2000 led Doig and his friend and fellow painter Chris Ofili to emigrate shortly after. The works in Digging Deeper reflect the artist’s response to this cultural and geographical shift.

Stephen Gill’s works span across experimental, conceptual and documentary photography, but all with one aim: an attempt “to evoke the spirit of a place.” Increasingly, he cedes control of the final image to the subject of the image itself, as can be seen in Digging Deeper and images from Hackney Flowers, Buried, Talking to Ants & Best Before End. Stephen’s photographs are held in various private and public collections, including Tate, London’s National Portrait Gallery, The Victoria and Albert Museum and have also been exhibited at many international galleries and museums, including a recent large solo retrospective at Foam Fotografie Museum Amsterdam.

Slade graduate Katja Larsson is “interested in approaching traditions of landscape painting and the sublime apparatus of heavy duty machinery via the means and limits of my own body. I want to know what happens when I insert myself into a historically gendered narrative and assume the position of a romantic landscape painter or heroic nature photographer through the medium of sculpture. The work exists within a framework of objects that are reconstructed, reinterpreted and embodied with corporeal energy. Through interventions of material and colour, I seek to dislocate and liberate familiar things, a process of transformation allowing for that which can be found, as opposed to lost, in translation. I look for a quietness within a virtuoso apparatus that is very loud in its social function, such as a Steinway grand piano, a Cat©Compact excavator or a piece of dramatic Cornish coastline. I aim for things to occupy two genders at once, to be both quiet and loud. Objects of desire, chosen for the pleasure of taking them apart, each one a vehicle for meditation and contemplation. Vehicles in which to travel.”

Ruth Solomons takes comfort from Phyllida Barlow’s assertion that ‘the debris of the studio is a great resource’. The debris of Solomons’ studio, ranging from paint-splattered pieces of wood on the floor, to old paintings which are cut up and collaged together to create new compositions, is all accrued as part of the materials of her practice, and becomes particularly evident in her painting-constructions. This focus on process is reflected in her painting method, whereby small motif-objects are projected as shadows to guide her gestures. The motifs, made from wire, string, pipe cleaners and paper cutouts, are accrued as part of Solomons’ studio resources in a continuous cycle of finding, tracing, and collecting various forms, knots and patterns. When she paints within the projected shadows of these motifs, Solomons expresses their forms through expanding her gestures along the broad, shadowy pathways projected upon the painting’s surface. At the edges of these shapes, the brush pulls back, while simultaneously responding to the boundaries of the painting-constructions, in a process which brings together the materiality of the paint, the motif forms, and the surface-object of the painting itself.