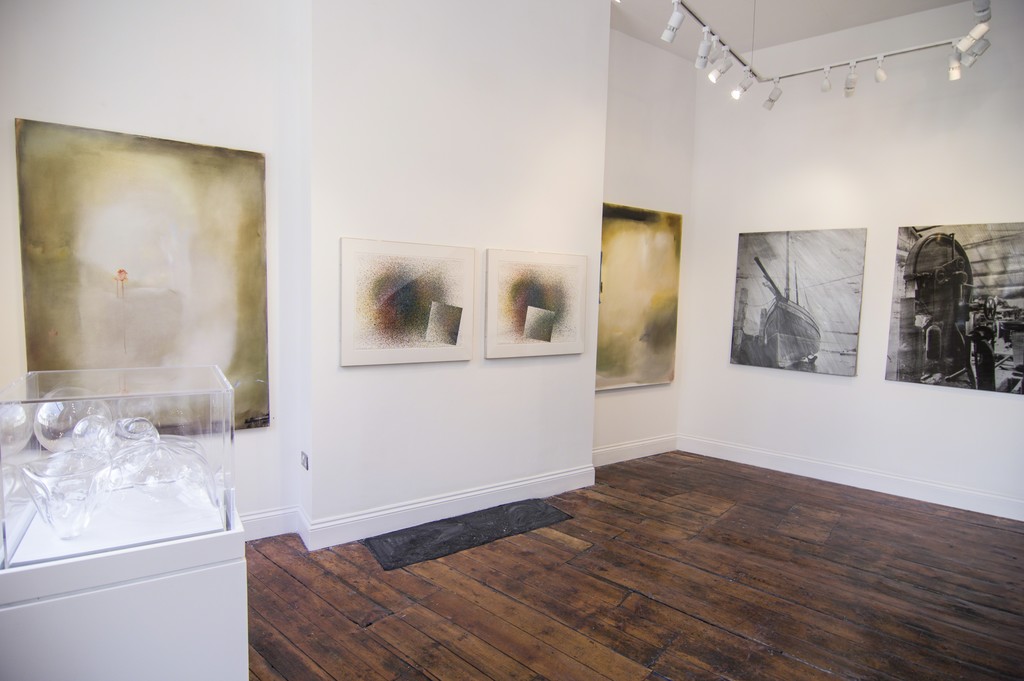 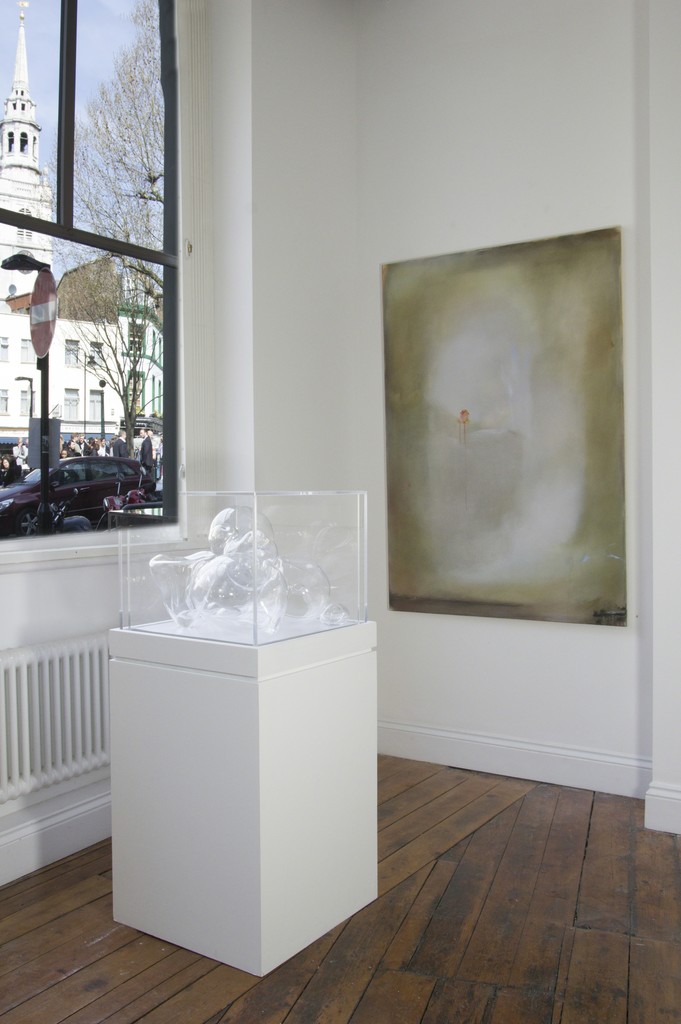 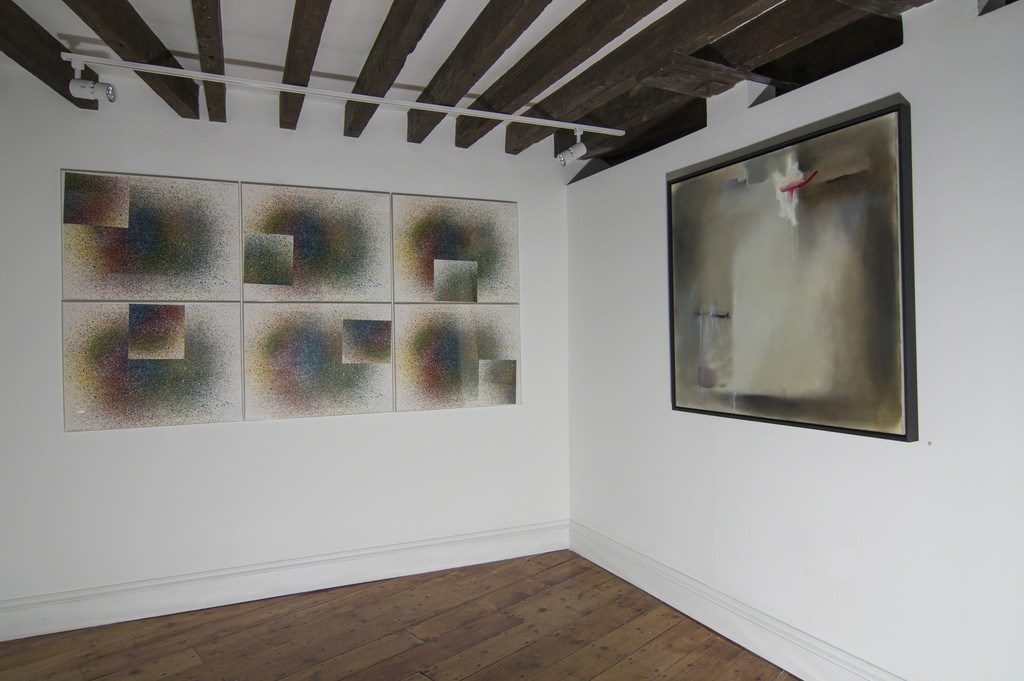 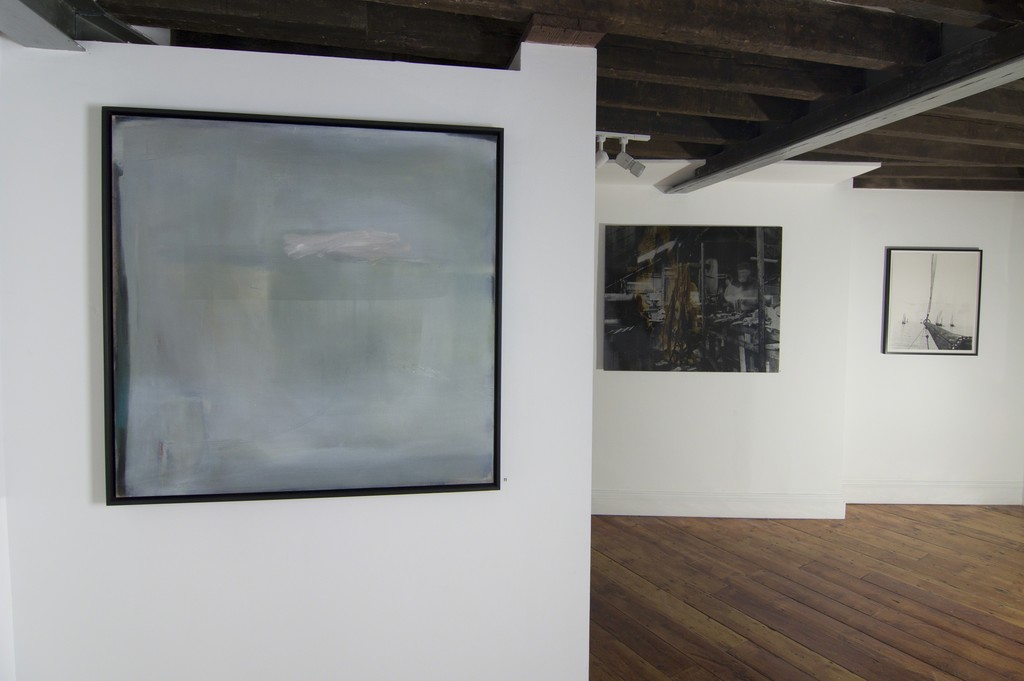 Curators Julian Page and Joanna Bryant seek to provide new insights into this underrated artist, by contextualising his work with that of three emerging artists. A series of his experimental prints are shown alongside sculptures by Jayne Wilton, paintings by Robinson/McMahon and photographs by Elizabeth Hayley. Visible Traces draws attention to Stephenson's work in a new, contemporary context and suggests links between these diverse artists and one of the pioneers of British 60’s abstract art.

Stephenson was a pioneering English abstract artist who characteristically splattered colours in layers towards obliteration. His work featured in Antonioni’s film Blow Up (1966), an iconic vision of London in the swinging sixties. The film’s aura of elegance and cool was transferred onto the artist and made him fashionable, but obscured the serious intent behind his lifelong investigation into visual density.

Ian Stephenson (1934-2000) taught painting at the Chelsea School of Art alongside Richard Hamilton, Victor Pasmore and Jeremy Moon, and was exhibited widely with other significant artists of his day, including Patrick Caulfield, Howard Hodgkin and RB Kitaj. Shown within this exhibition are six original prints from the series 'Phoenix', which comprises 540 unique prints put together in sets of six. The basic image has an additional rectangle (about one seventh the size of the whole) collaged onto each print in six sequences of regulated shifts of angle, determined by the movement of the rectangle around the edge of the image area, starting at the top left corner. From a position against the edge it tilts on one fixed corner until another corner or side hits the edge again; then it tilts away from a new fixed corner. The movement is thus like a regulated tumbling around the inside edge of the image area. The completed sequence ends with the rectangle back in its starting position. The prints were numbered from 1 to 540 from start to finish of the sequence and the sets of six were made up by taking one from each run of ninety figures.