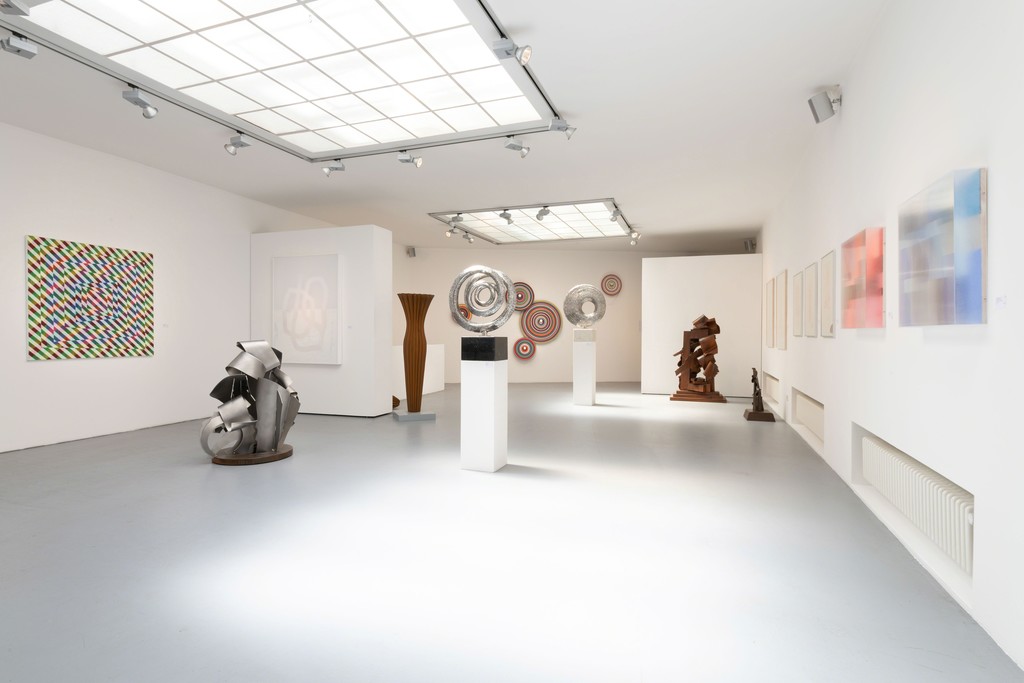 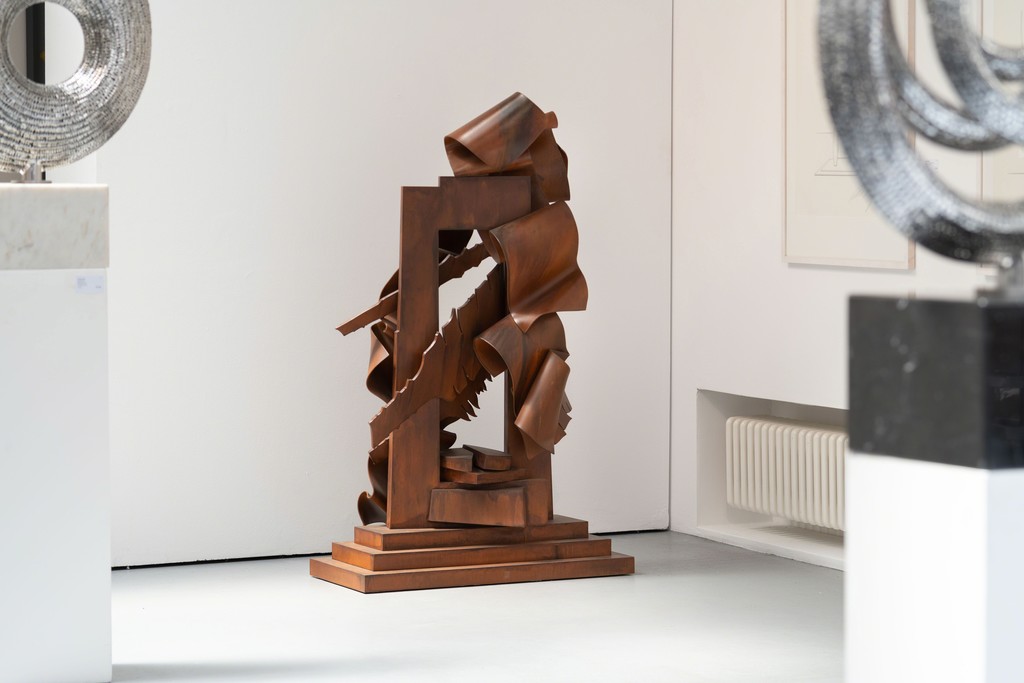 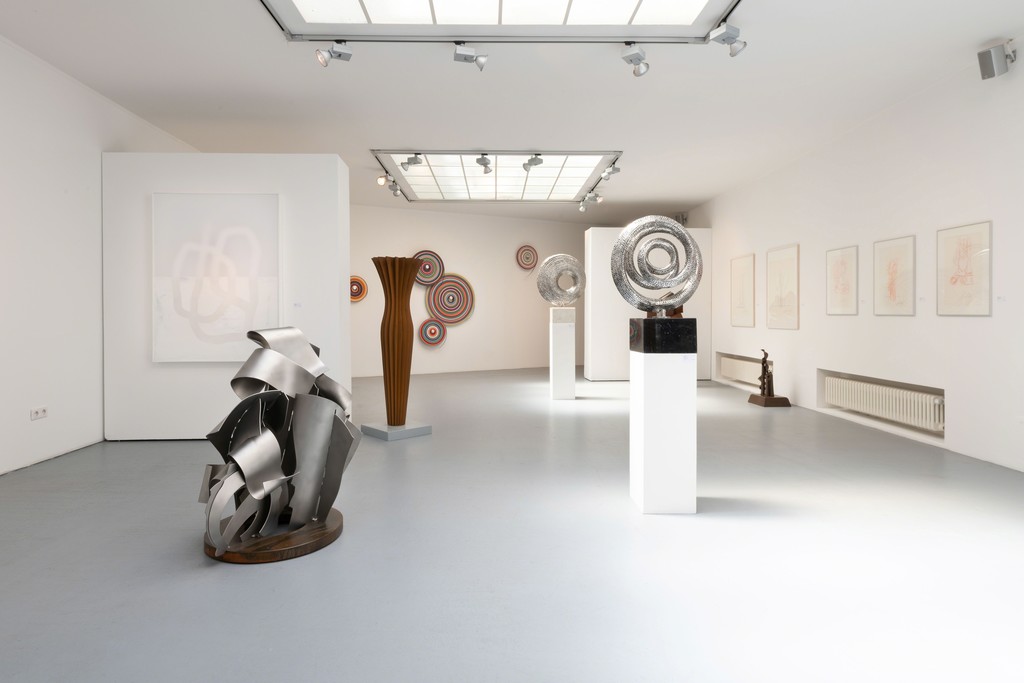 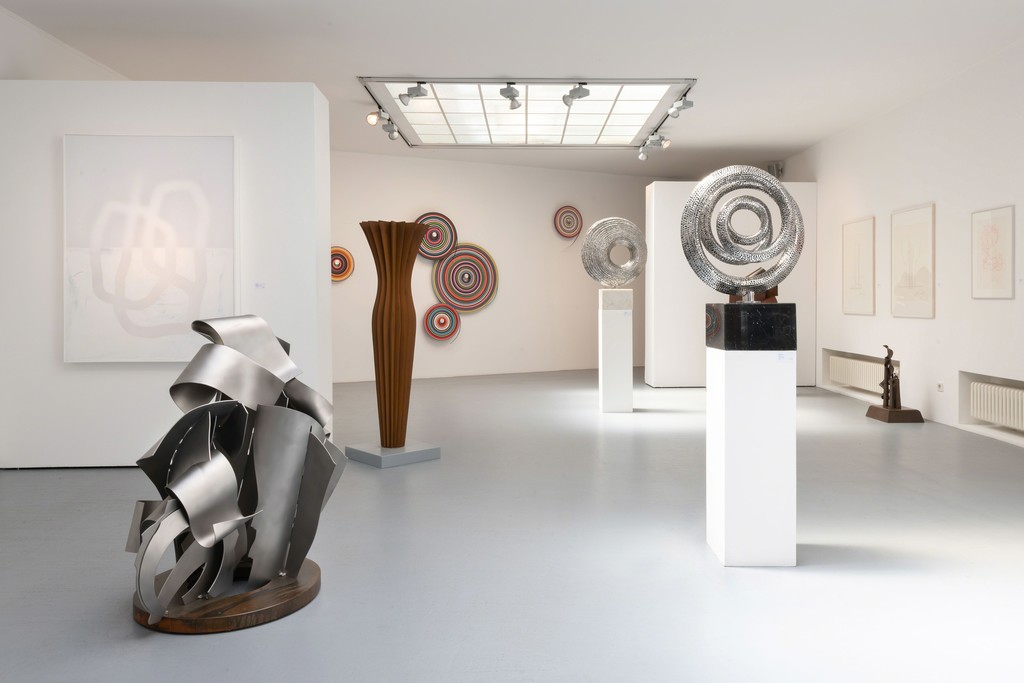 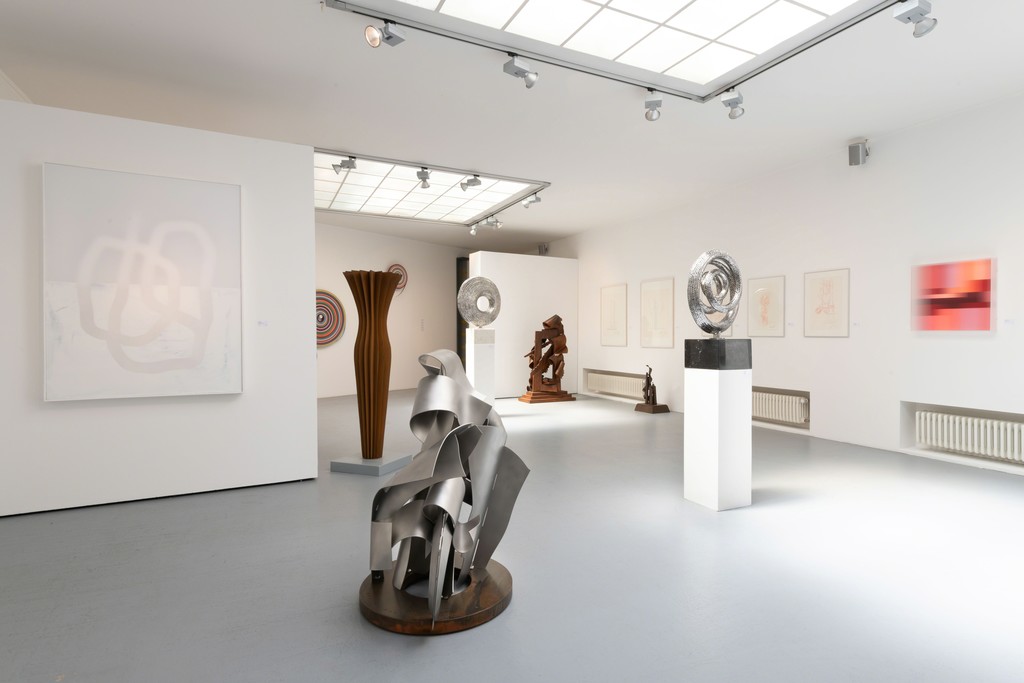 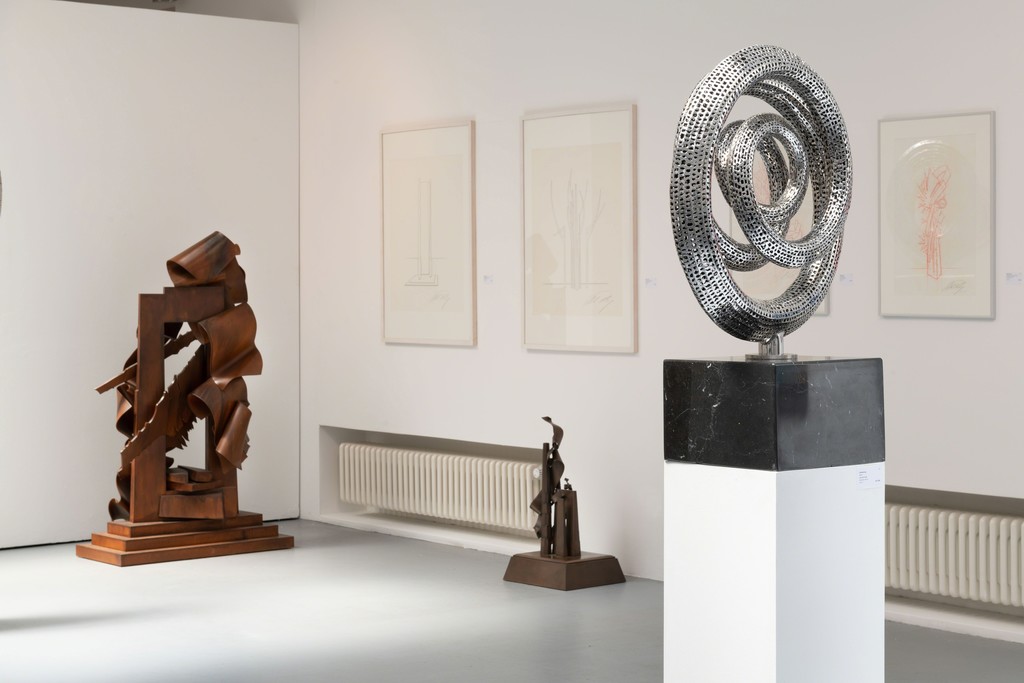 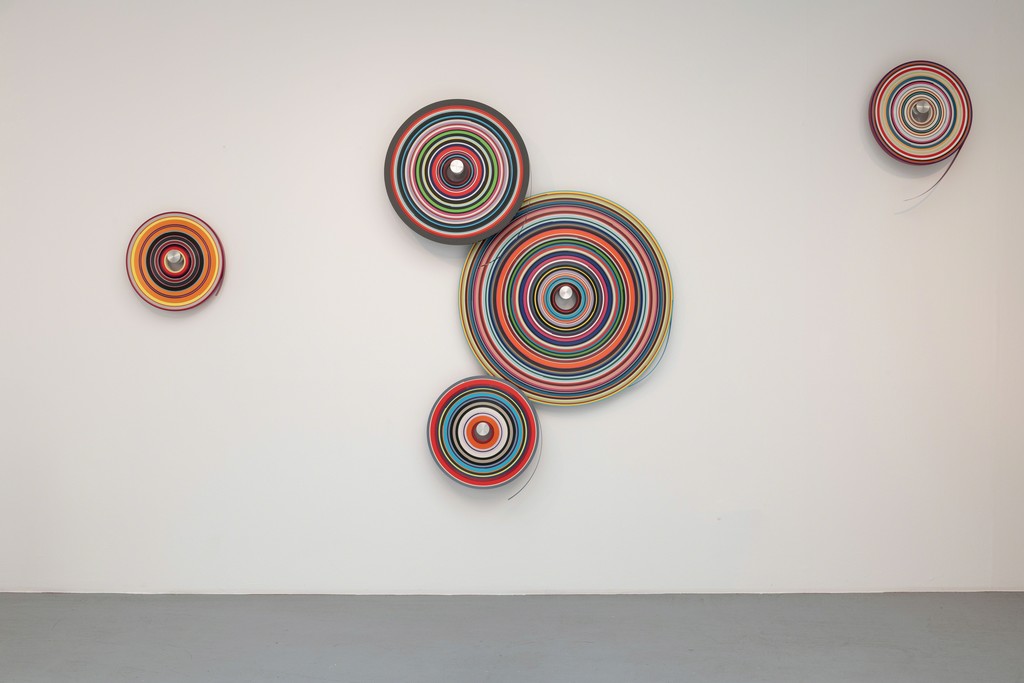 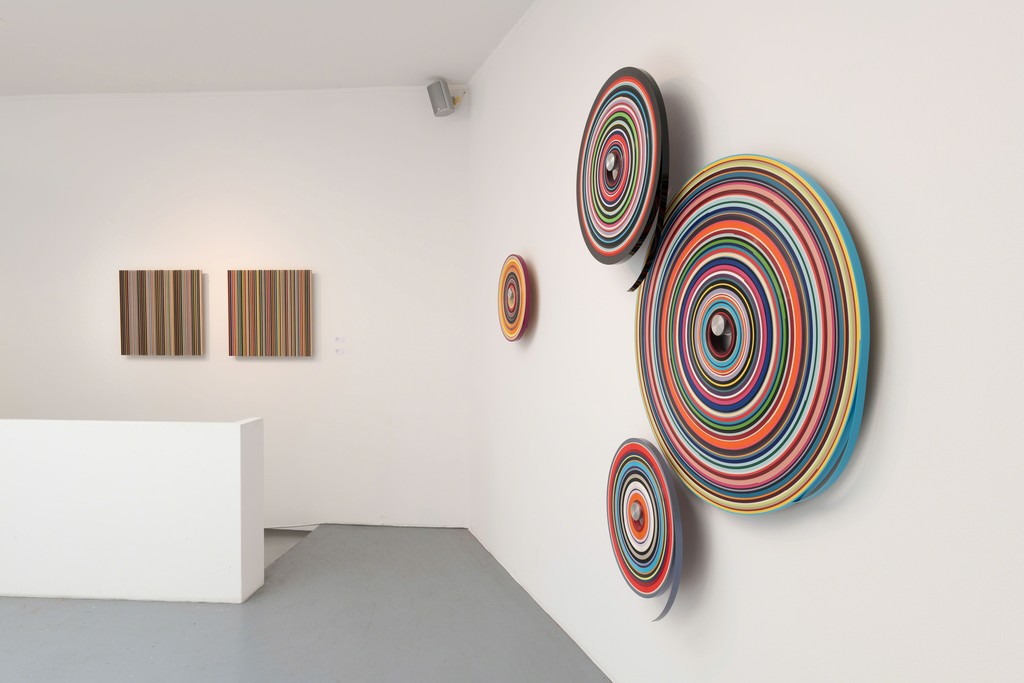 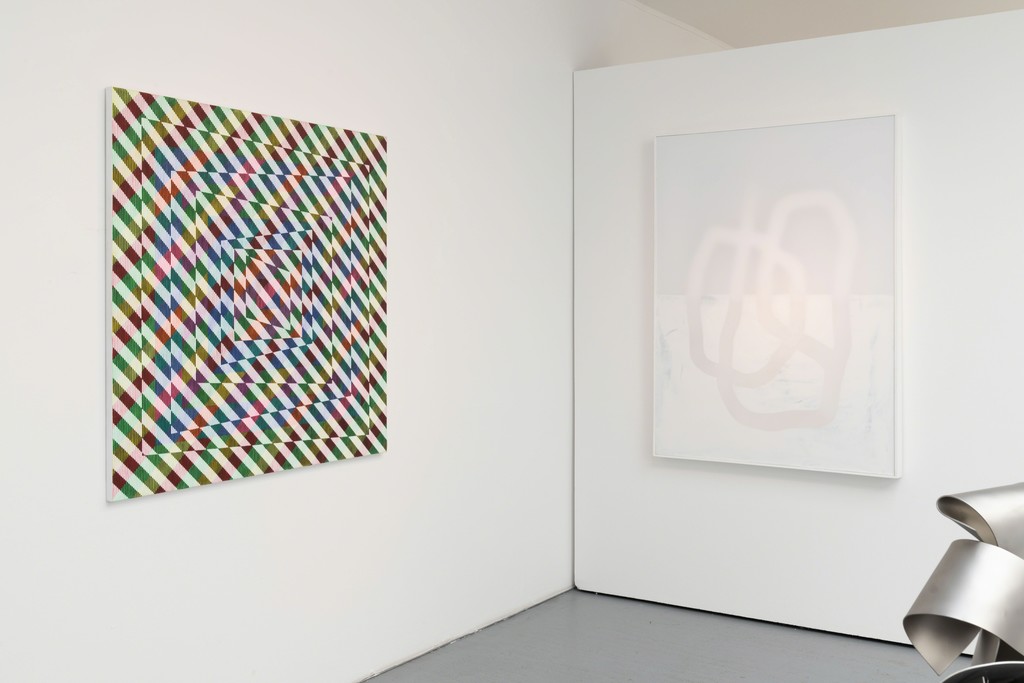 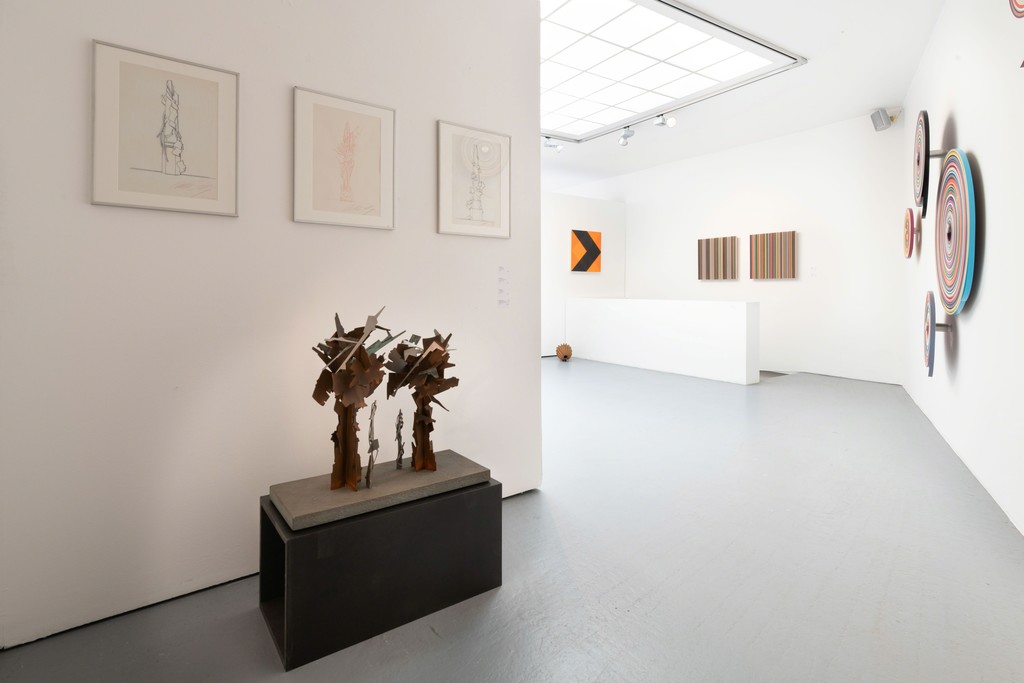 The exhibition in the premises directly at the Gärtnerplatz takes place at the same time as the SKULPTURALE KREFELD 01. Curated by Jörg Heitsch and planned under immense logistical effort, this is the largest temporary sculpture show in Europe. On the occasion of the 25th anniversary of the opening of the golf course at the Elfrather Mühle, the golf club in cooperation with HEITSCH GALLERY will host this monumental sculpture exhibition until October 31st. There are also impressive works by Martin Willing, Stefan Szczesny, Julio Nieto and Josep Plandiura presented. Represented in the gallery are Albert Paley, Liechennay, Herbert Mehler and Moto Waganari.

In the gallery, we now present smaller works and drawings of the said artists, which are in no way inferior to the large-format works in Krefeld in terms of their impact. Connecting element of all works is the line, undulating and arabesque with Albert Paley, fluent and balanced in the works of the Balinese sculptor Liechennay. Herbert Mehler's amorphous steel sculptures refer to archaic prototypes of nature. The gently curved, lamellar surface creates associations with plants, flowers and buds. Moto Waganari's 3D printed wireframe sculptures are also the essence of being reduced to the line. It gives the sculpture its form, forming an internal grid that tectonically holds the work together and gives the shadow spatial depth, thereby making it appear alive.

In addition to these artists, Jörg Heitsch presents a selection of contemporary artists who deal with the parameters of line, form and space in terms of both content and form.

Torn papers with soft edges by Angela Glajcar, taut, partially lacquered nylon threads by Yoshiyuki Miura, finely nuanced transitions of the resins in the objects of Dirk Salz - the artists' exploration of "line, form & space" could not be more different. Thereby an inspiring dialogue between the individual artistic positions is created.