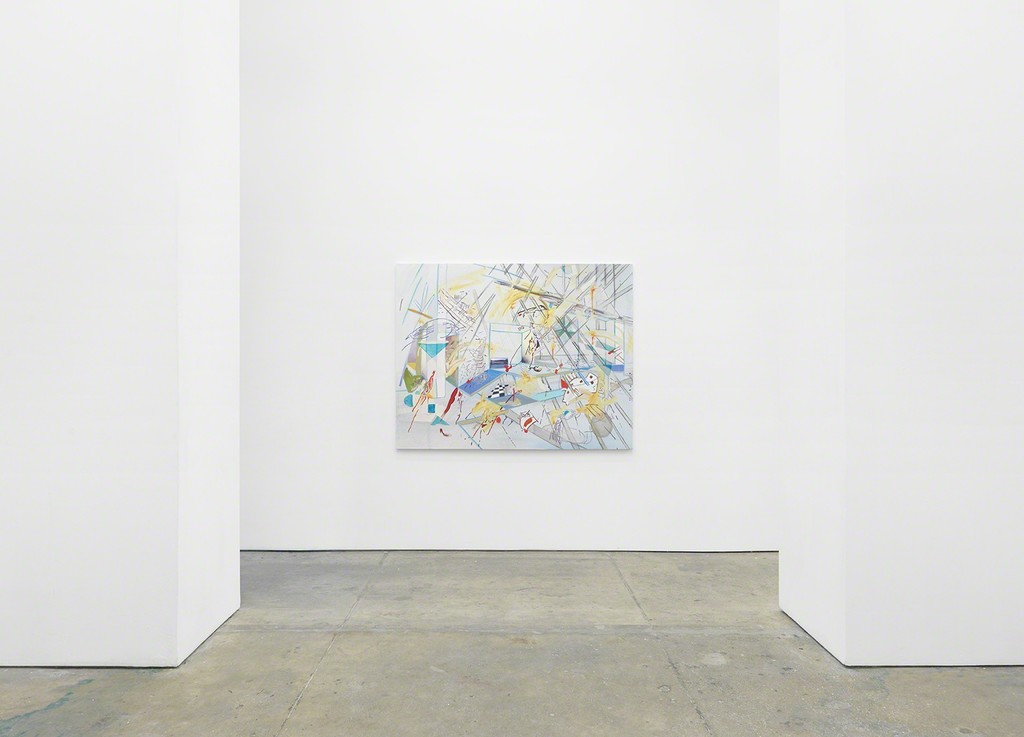 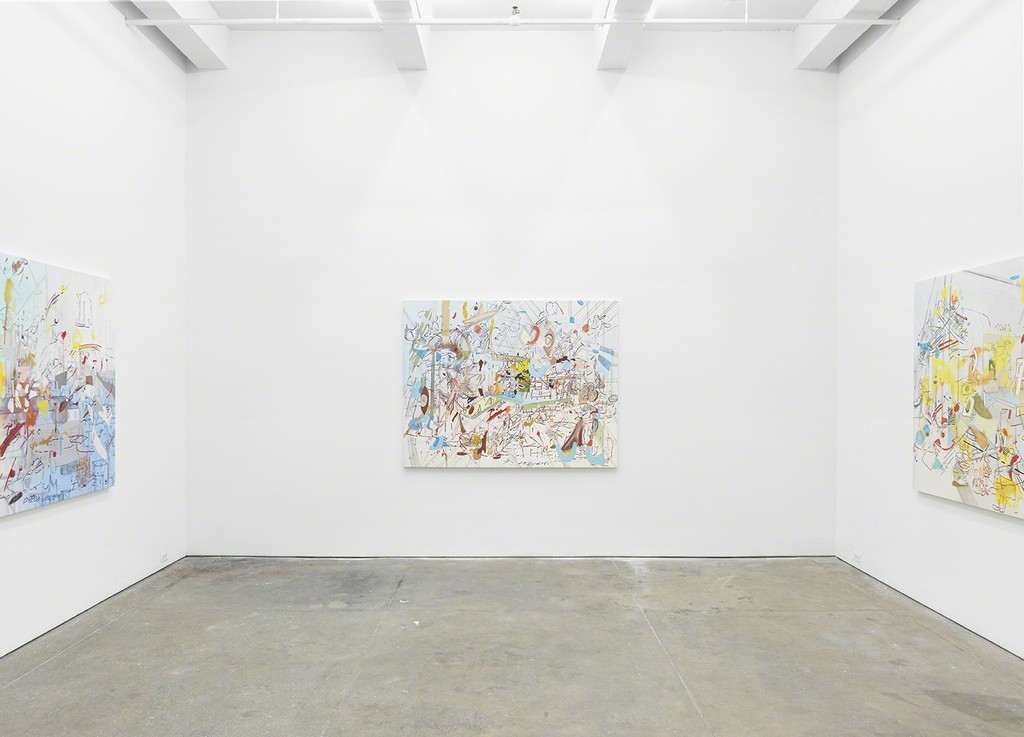 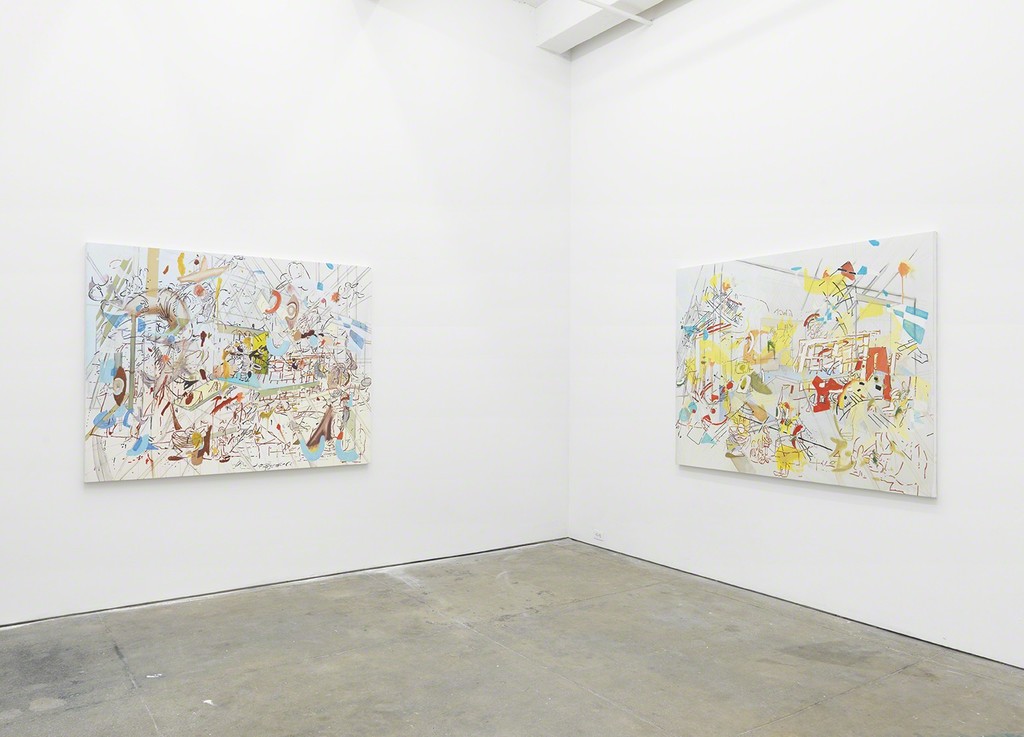 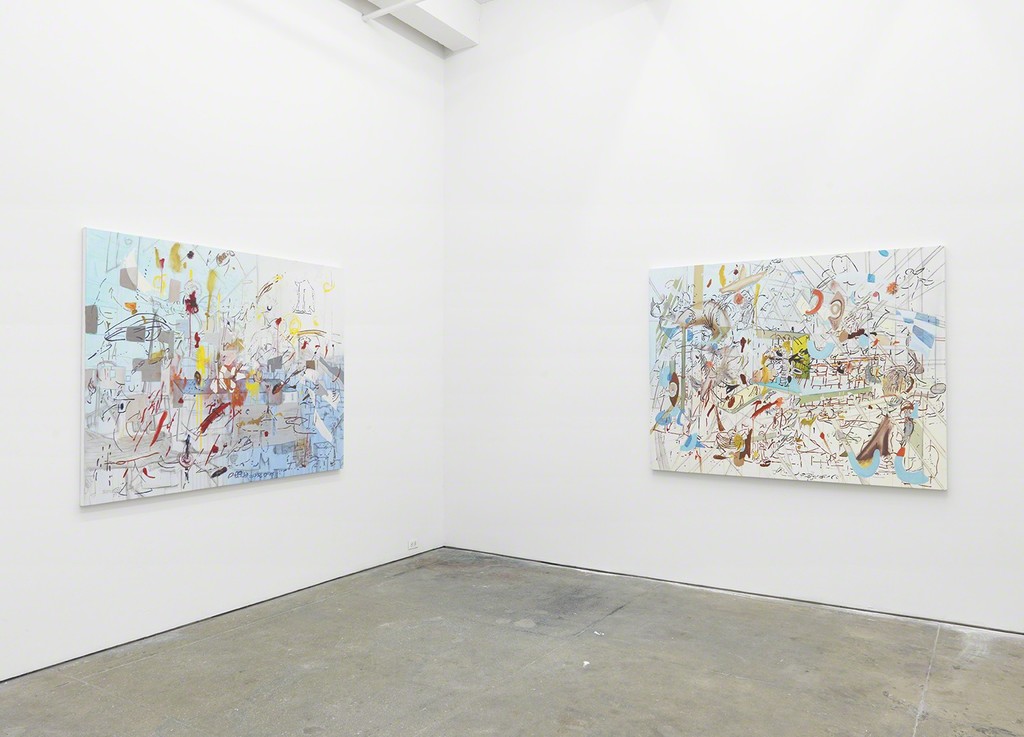 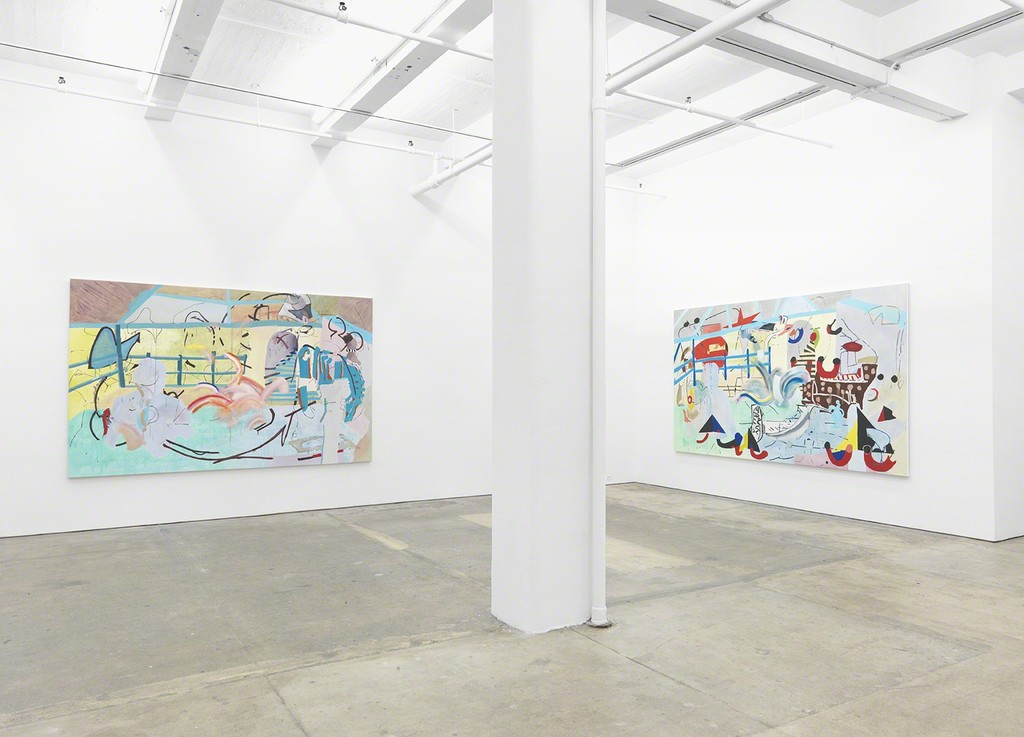 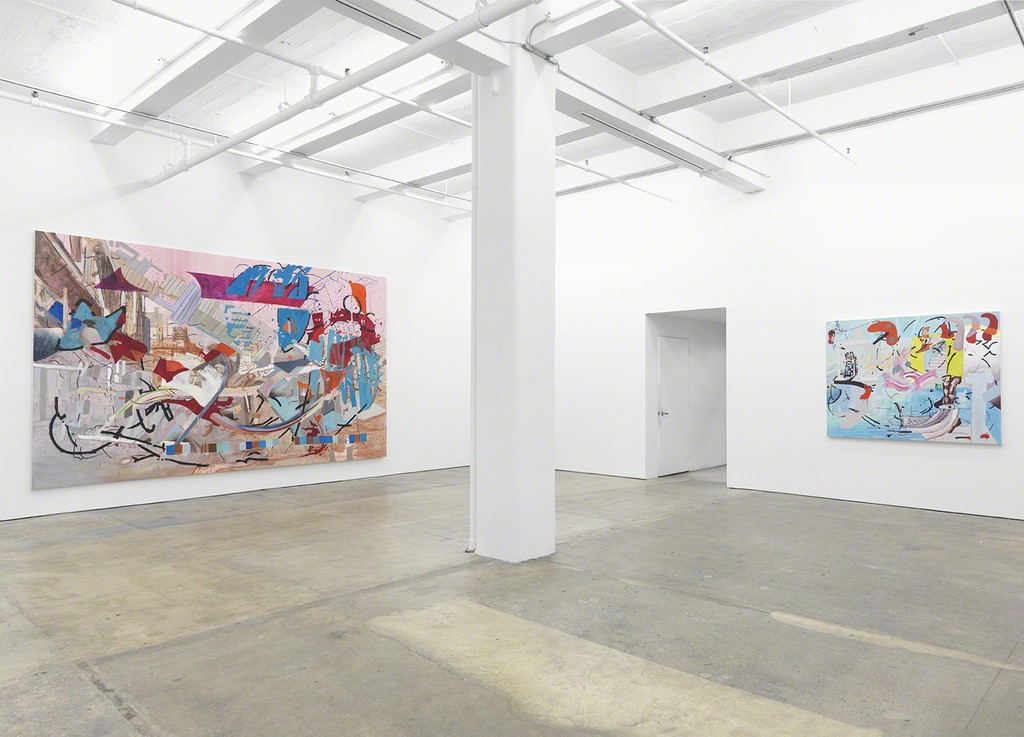 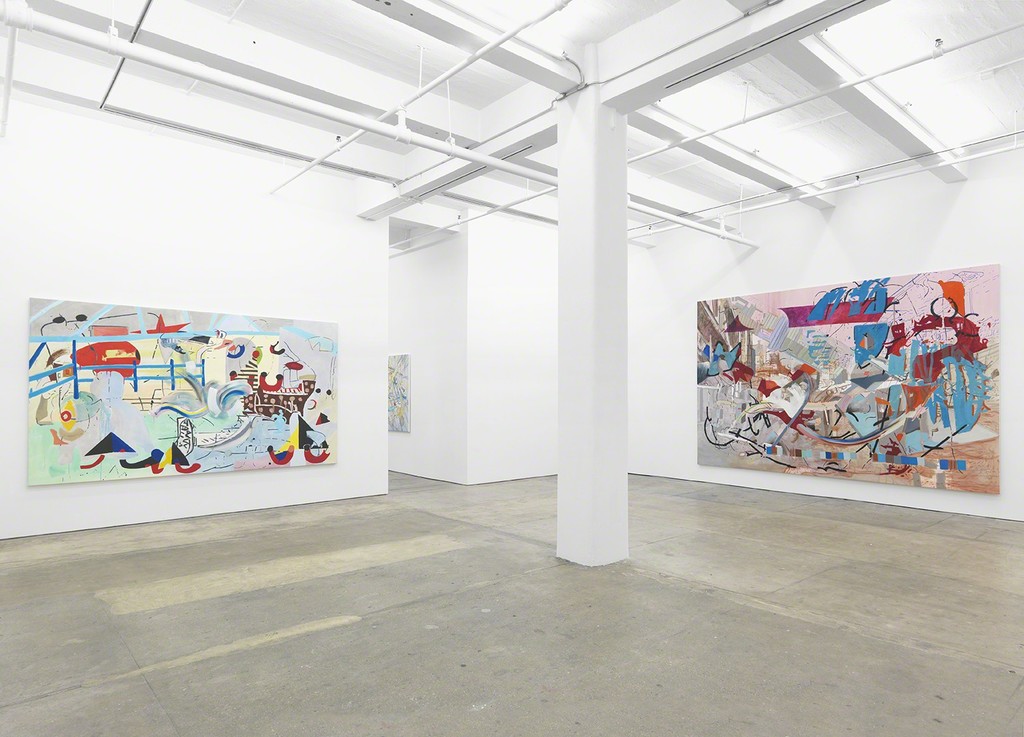 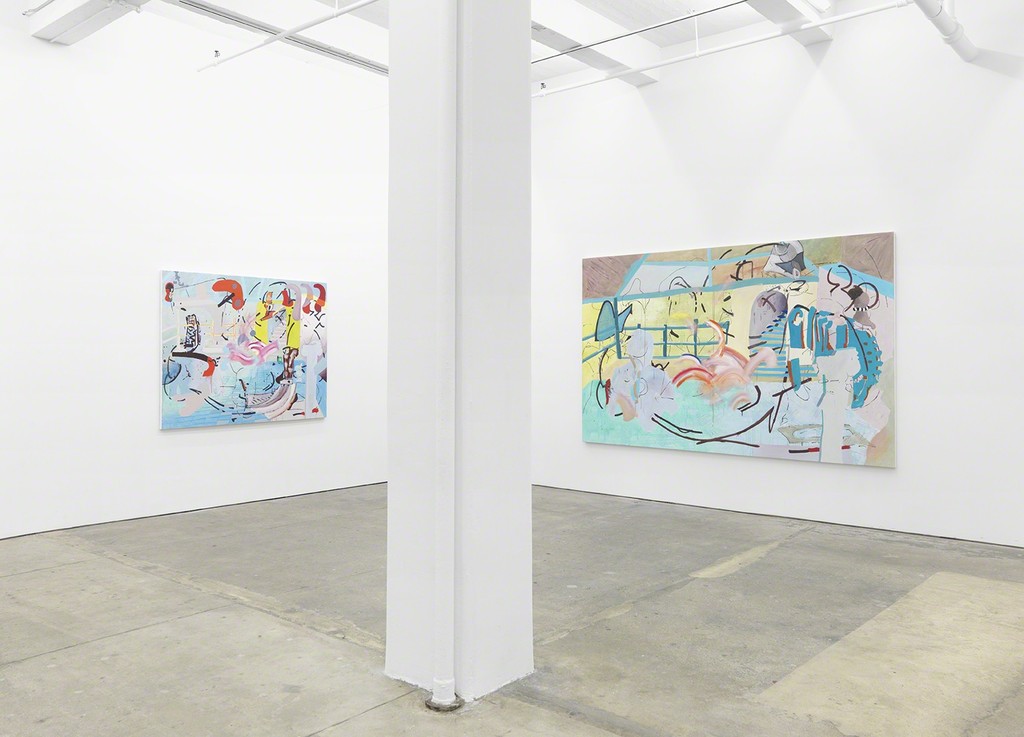 Johannes Vogt Gallery is pleased to present the first US solo exhibition by Colombian artist Alejandro Ospina, "A Bee in My Bonnet". The exhibition features new series of paintings created during the last year. Ospina continues his ceaseless examination of contemporary streams of visual information whilst questioning how this affects and transforms our relation to an image, notions of authorship, and self-representation.

“A Bee in My Bonnet” reflects on the current multitude of screens, and how our attention is constantly shifting between visual incentives, fragmenting our visual experiences. This continuous relocation of the gaze is captured by the paintings that present themselves as a screen-shot in between images, freezing the almost obsessive movement, as if it was a bee in our bonnet that doesn’t leave us alone to think.

Ospina was both trained in electrical engineering and painting. This aspect influenced his practice deeply, especially his investigation on how recent technology has changed the way we view an image through screens. During his studies at the Slade School of Fine Arts, Ospina developed a strong interest in Derrida’s ideas of deconstruction, especially of the arts. This brought him to look closely at three pivotal works that equally and profoundly deconstructed their medium: John Cage’s 4'33, James Joyce’s Finnegan’s Wake, and Malevich's Black Square popularly known as the zero point of painting.

The recognition of the arguments of the death of painting both provided Ospina with a literal blank canvas, and an understanding that the medium had been stripped of narrative, form, representation, lines, and color. This challenge was an opportunity to evaluate the terms of contemporary painting and, define his own interpretation. Taking with him the tools learned at the New York Studio School, and inspired by Joyce’s collages of words and Borroughs and Gysin’s cut-out technique, Ospina re-approaches painting post-mortem.

The artist uses algorithmic filters to deconstruct and reconstruct found imagery from the web. Painted separately, layer over layer, a new abstraction loosely associated with the original is created. On the canvas we may recognize fragments of a riot, the architectural imprint of a favela, a manipulated photo from his Facebook account, or art-historical references. Through this process the result is an accumulation of information that becomes impossible to identify.

The exhibition includes the two recent series “Thirsty Bear” and “Chicharron”. Both of these series are based on different collections of images that the artist elaborates on again and again to generate specific patterns for the compositions of the painting. An avid observer will be able to recognize details that are repeated throughout the series and differences that give each work its unique qualities.