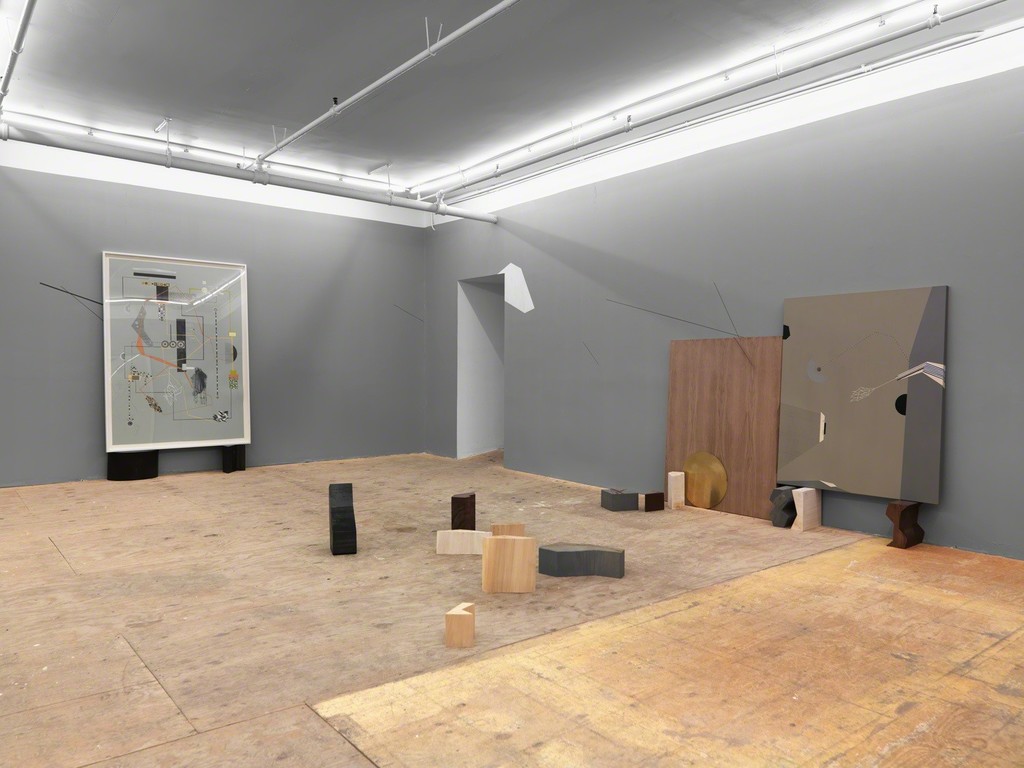 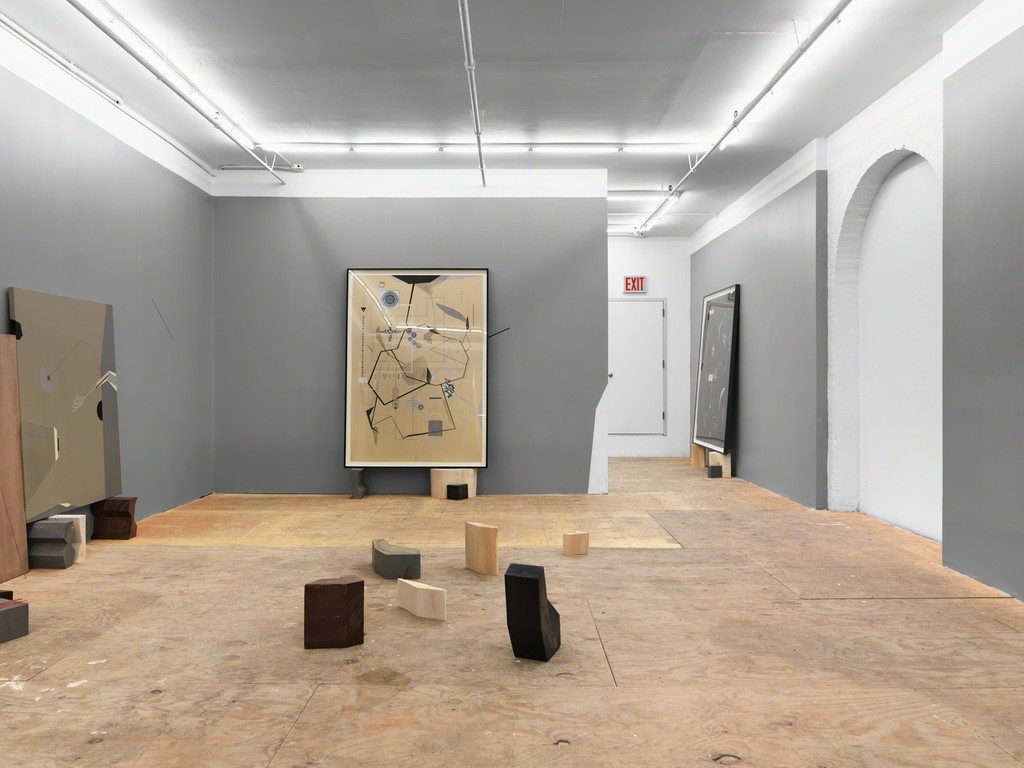 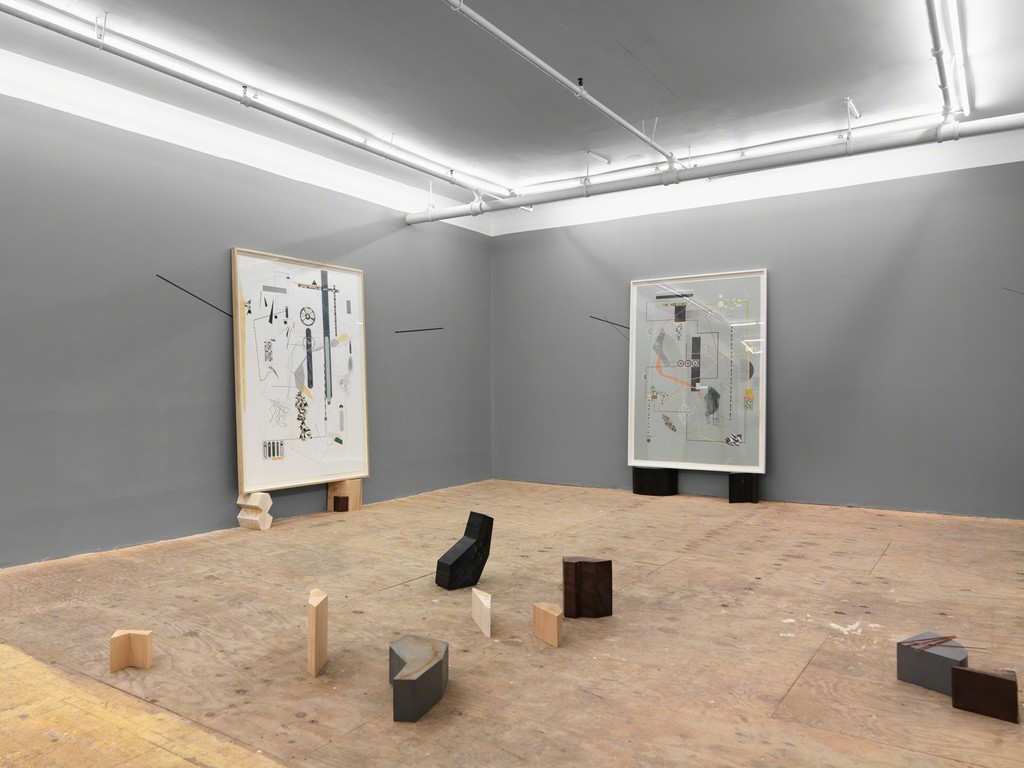 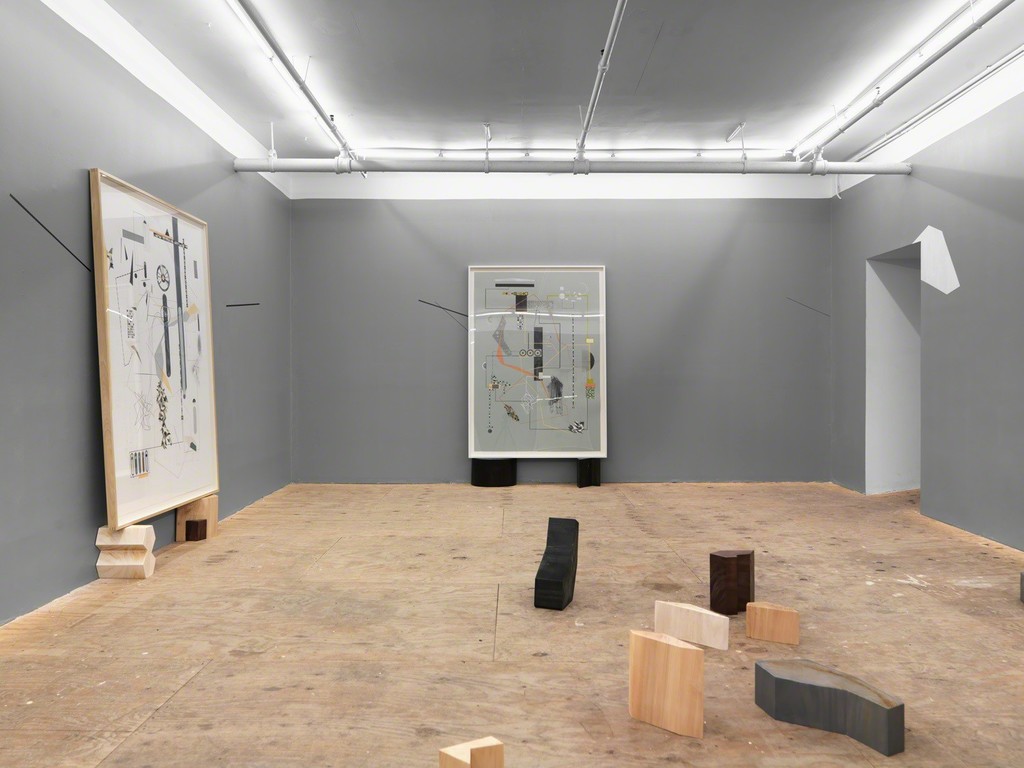 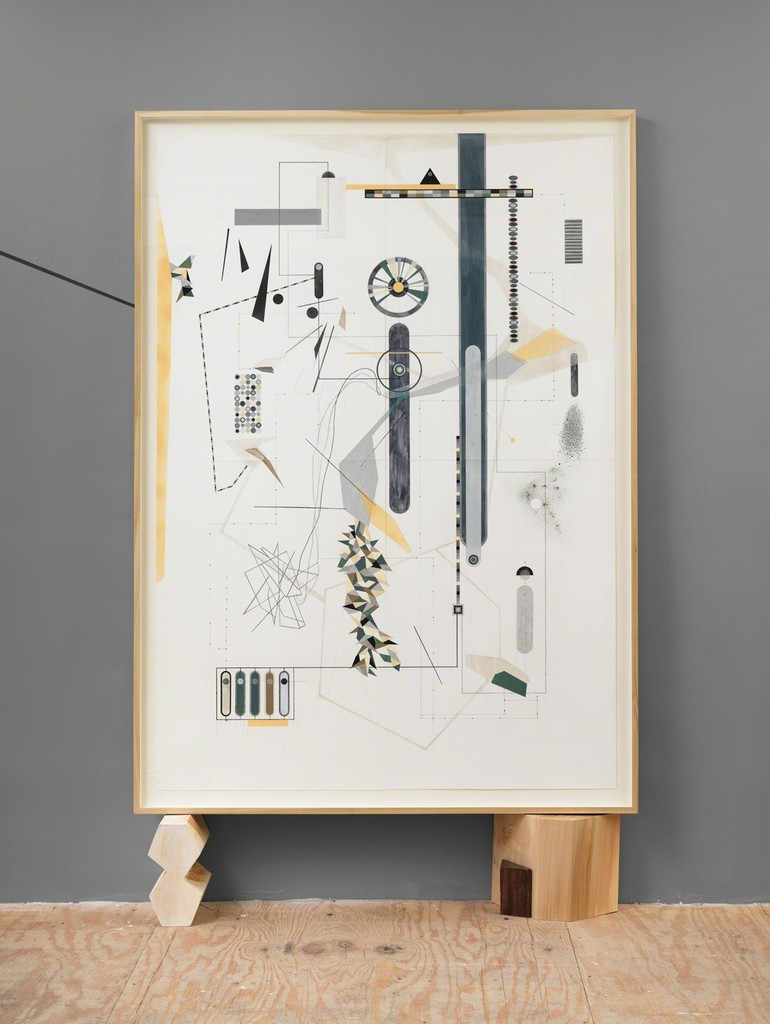 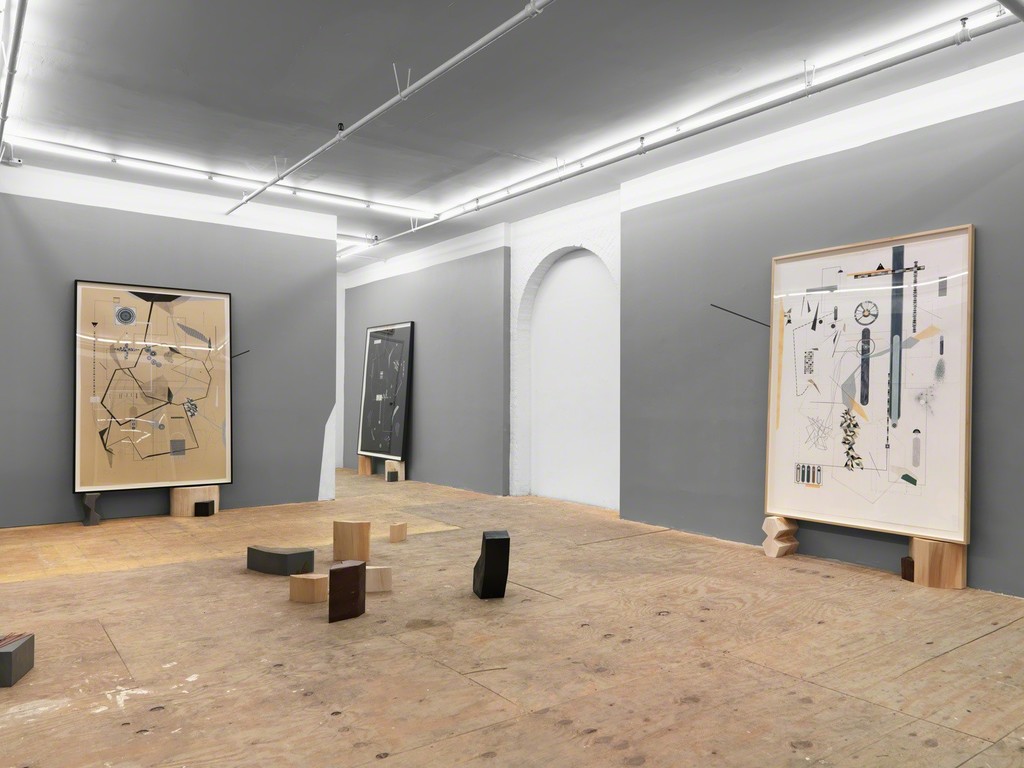 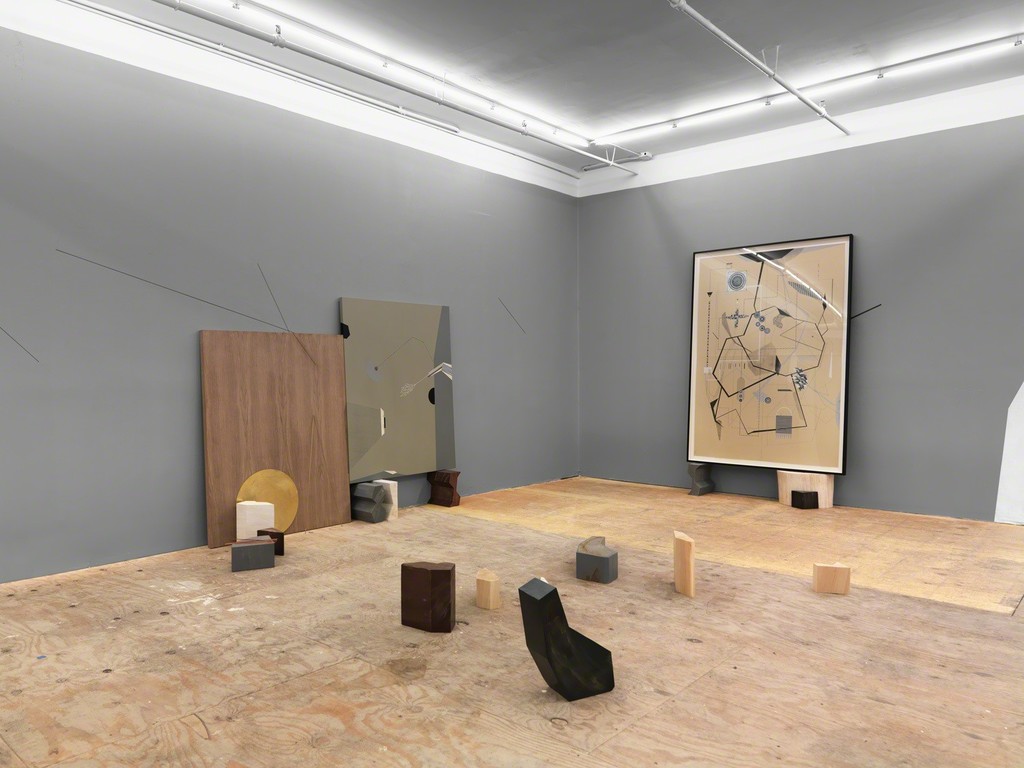 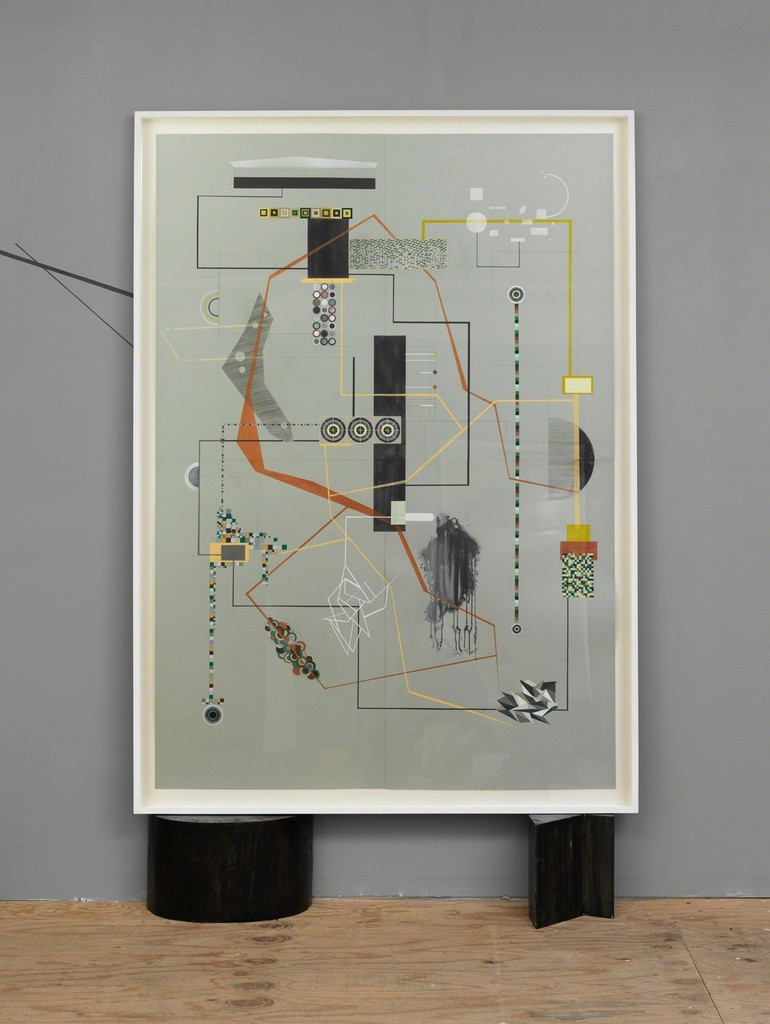 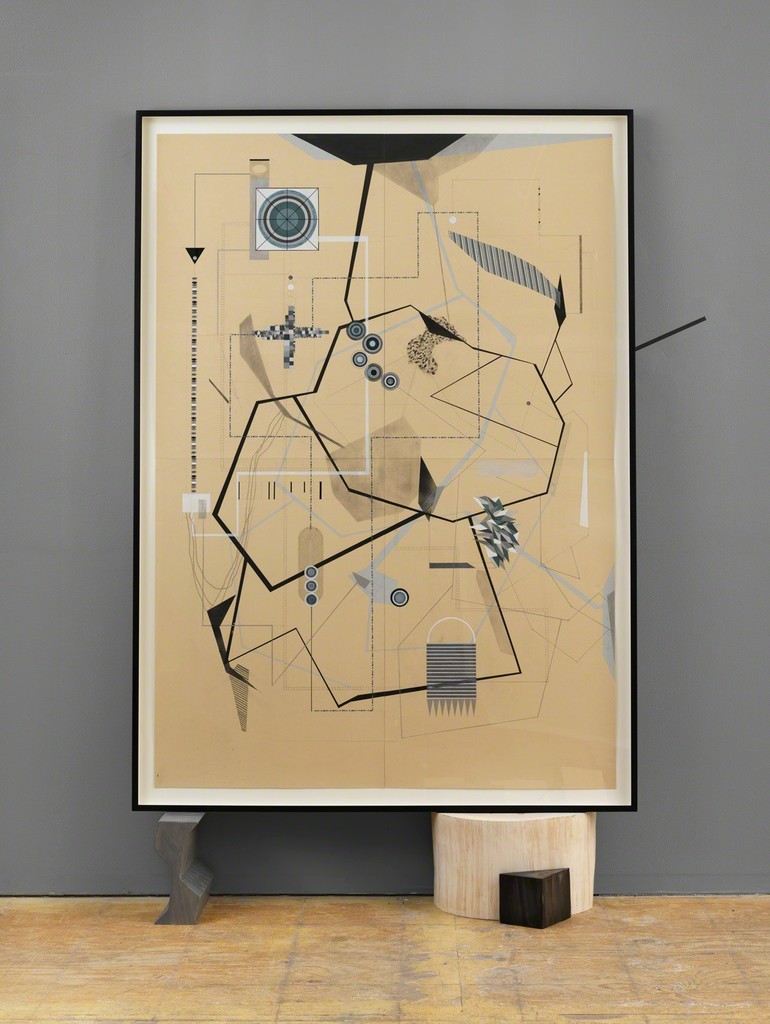 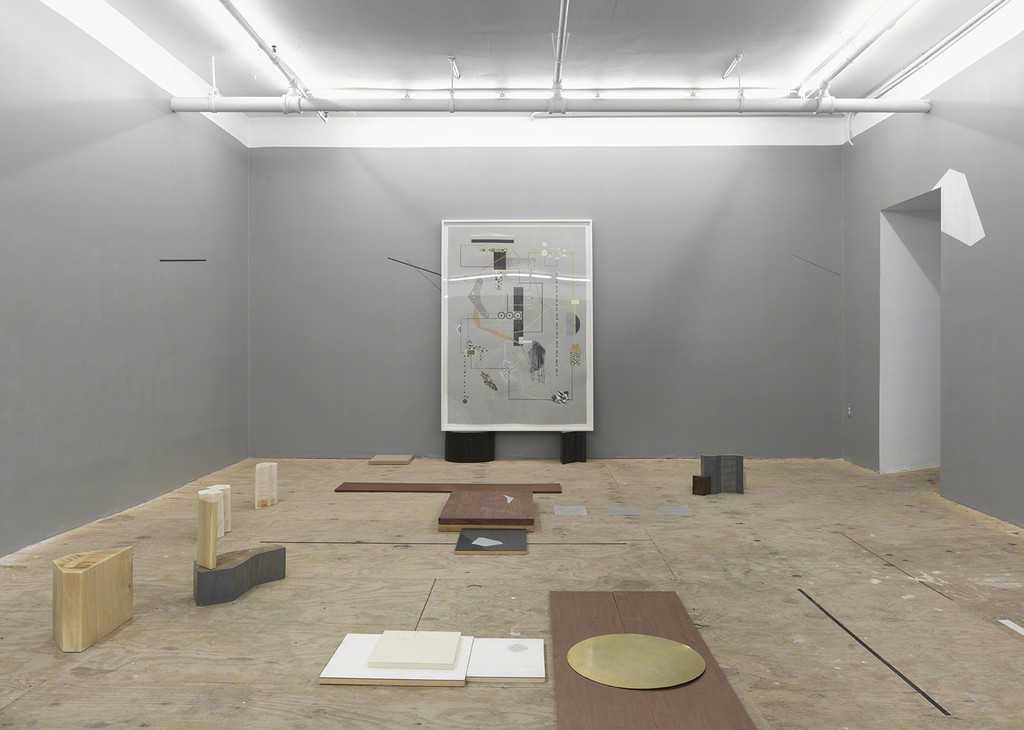 Johannes Vogt Gallery is pleased to present “Blind Hierarchies,” the first solo exhibition by New York–based artist Dannielle Tegeder at the gallery. The exhibition comprises a new, site-specific installation and a suite of four large-scale works on paper which continue Tegeder’s exploration of architecture and abstraction. The included works form a cosmology of sorts, a conceptual map to which their long, elaborate titles serve as an oblique legend.

Tegeder’s works on paper build on modernist legacies of abstract art, architectural draftsmanship, and city planning. In these drawings, rendered in a pared-down palette of neutral tones (black and white, grey and beige), Tegeder envisions systems inspired, both formally and in conceptual approach, by the utopian impulse of the Constructivists. She employs archaic architectural tools and methods—including techniques gleaned from her upbringing in a family of steamfitters—to conceptualize a form of urban planning only fully realizable, perhaps, in the imagination. Yet despite their architectural precision, the works on paper are hand-drafted, without the slick impenetrability of technologically rendered plans. The evidence of the artist’s hand, with its occasionally visible hesitations, transforms Tegeder’s schematic drawings into what she calls “humanized machines,” in which existing forms coincide with possible futures.

Trained as a painter, Tegeder has been making such large-scale drawings for over a decade, and in recent years has begun expanding her investigations of structure and vision into three-dimensional space. Her utopian systems are not self-contained, but instead spill out of their frames and boundaries, engaging with the architectural spaces they inhabit. In the exhibition, her works on paper are presented alongside a new installation comprising a variety of site-specific objects and materials. These include layered bits of colored glass, which echo the starburst form that appears in several of the drawings, as well as wooden frames similar to those around the works on paper. Tegeder draws out the visual interplay between those works and the installation, developing the project of translation between media that has long been central to her practice.

With “Blind Hierarchies,” Tegeder has envisioned an exhibition in flux: she has chosen not to hang her framed drawings statically on the wall, as they have previously been presented. Instead, they are placed on a series of carved wooden pedestals whose geometric forms echo Brancusi’s sculptural displays. Every week over the course of the exhibition, Tegeder will reinstall these in a new configuration, placing her work further in dialogue with experimental exhibition design and display strategies of the early twentieth century. She creates a sense of the gallery as a stage set—reinforced by the prop-like components of the installation—and, in doing so, invites viewers to rethink the ways we see and experience space.