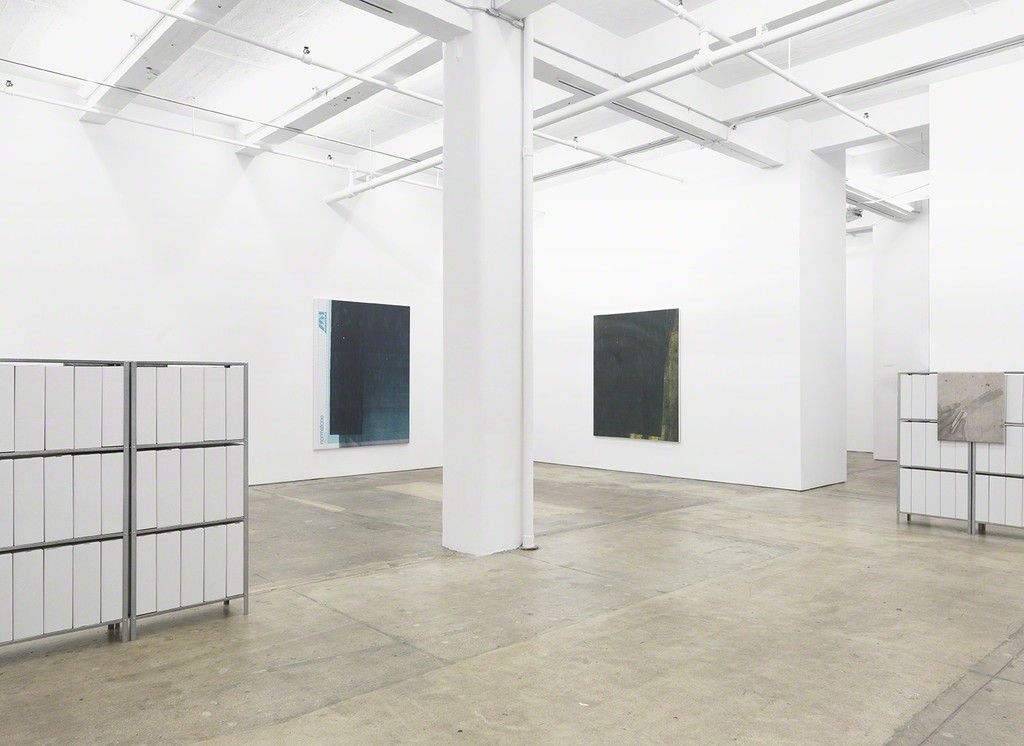 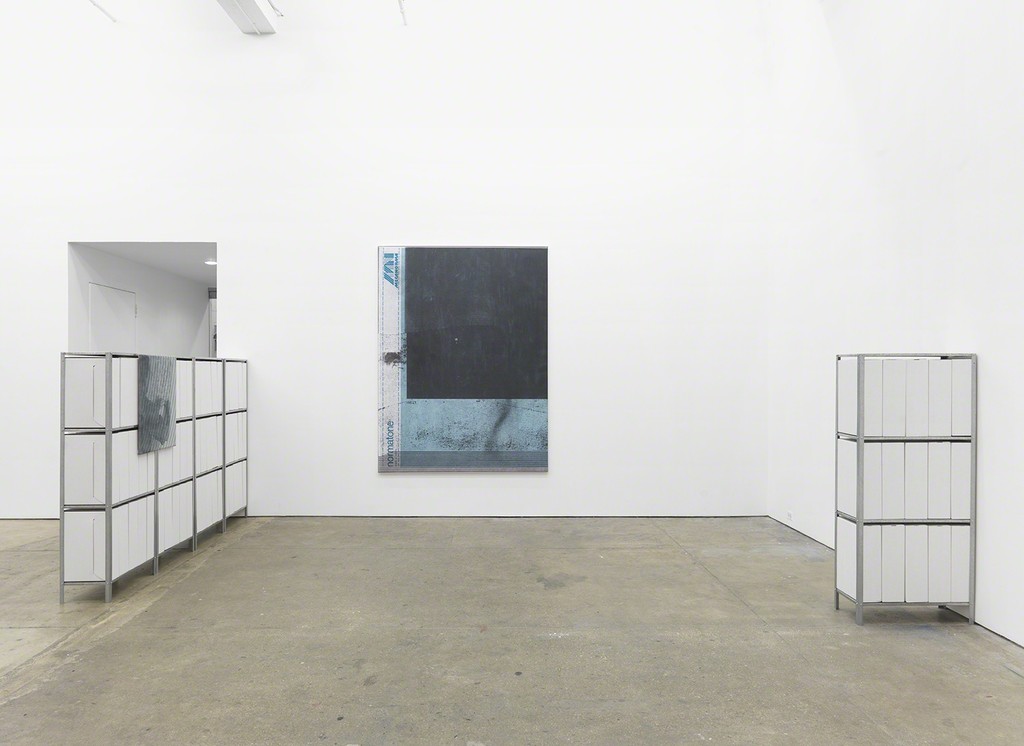 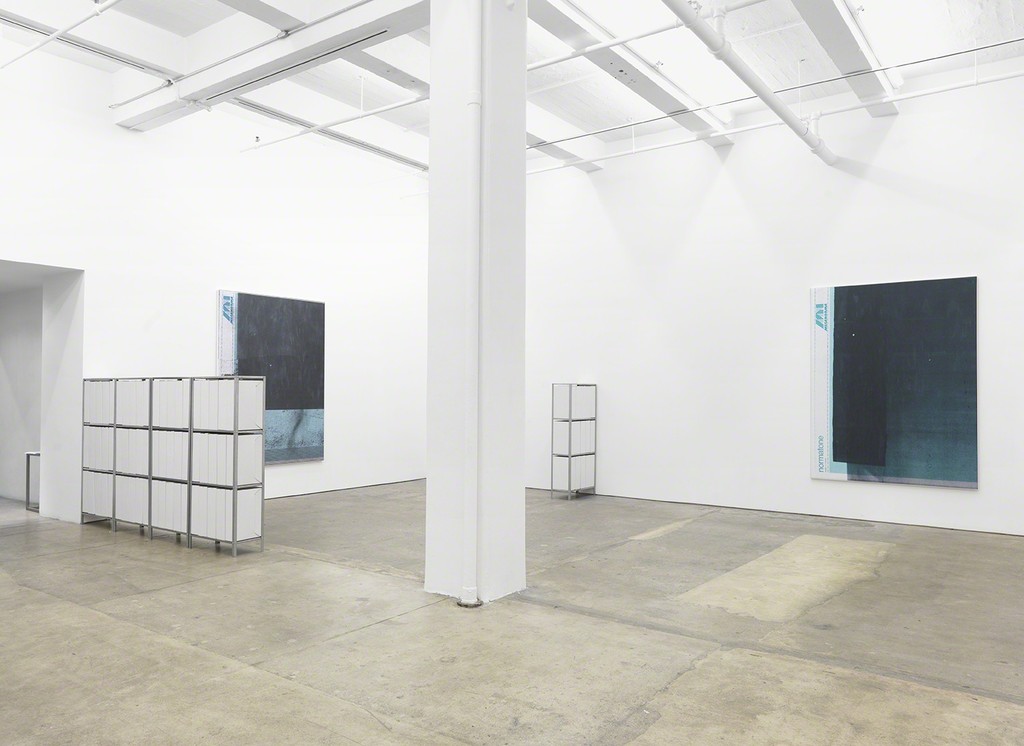 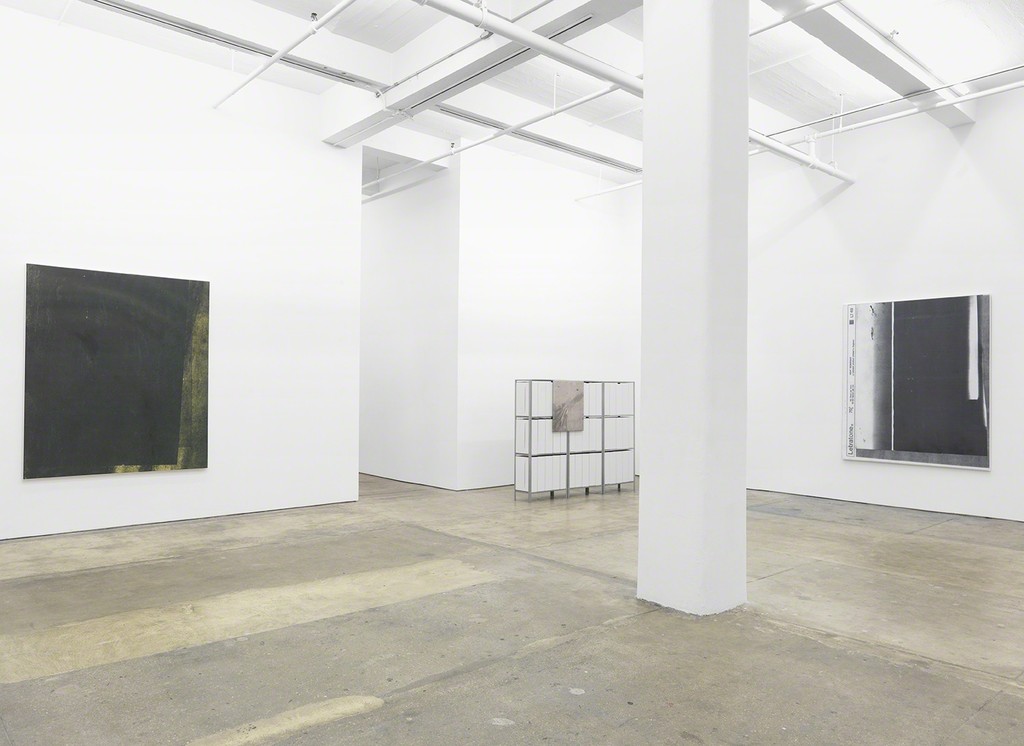 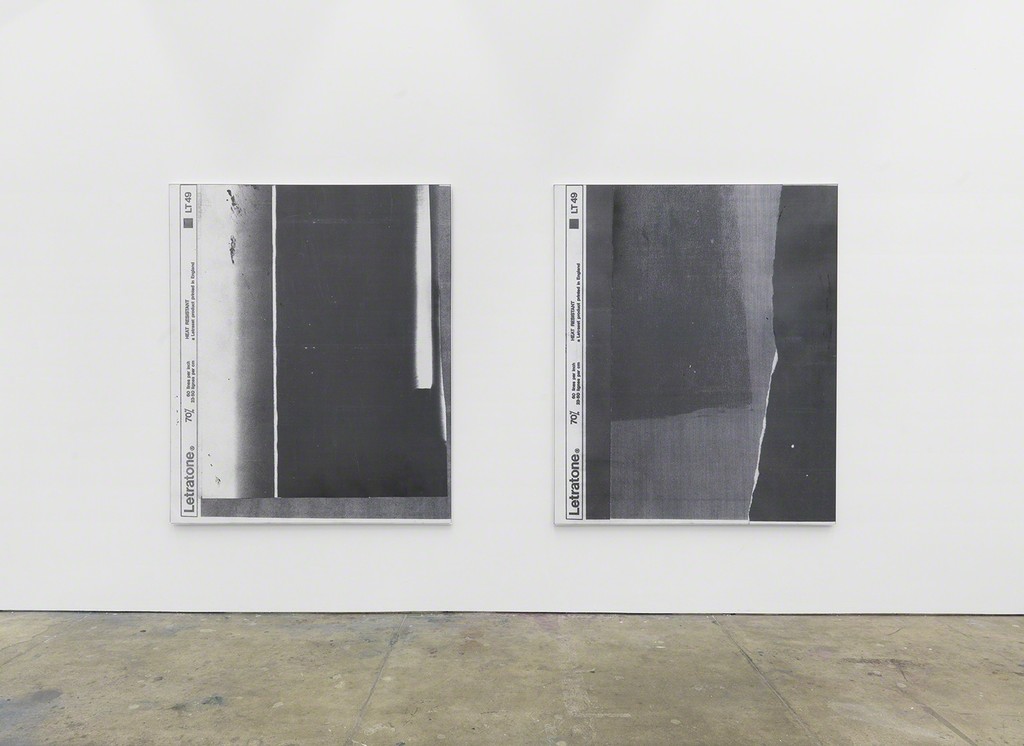 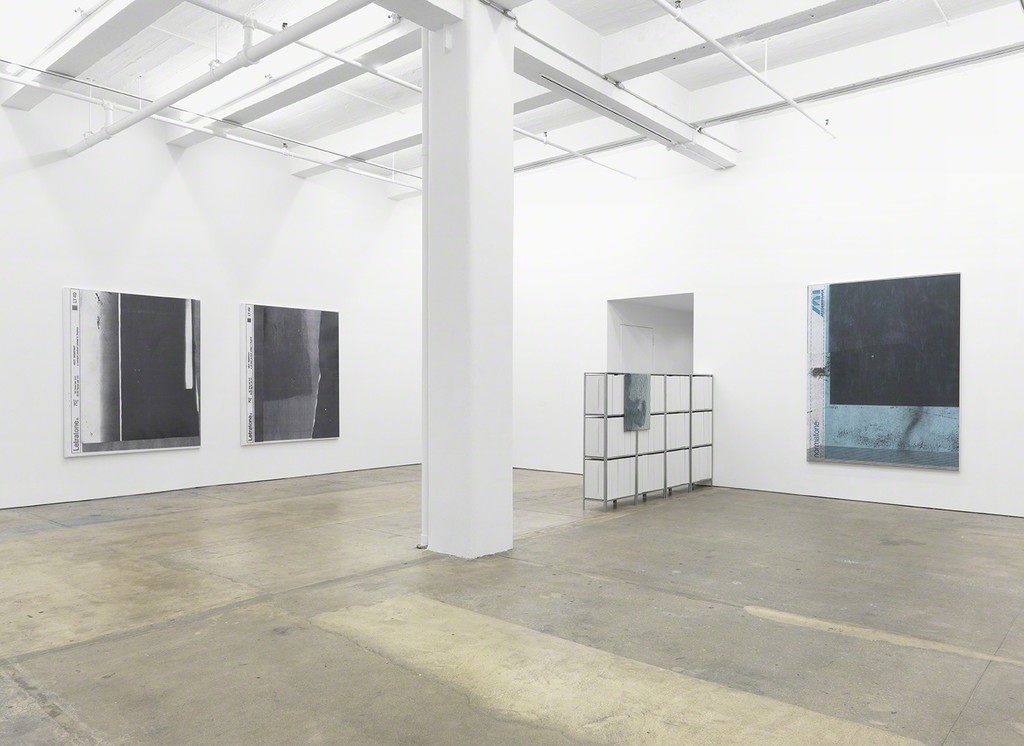 Manor Grunewald, "Stand-Inn" November 19 – December 19, 2015
Johannes Vogt Gallery is pleased to present "Stand-Inn", a solo exhibition by Belgian artist, Manor Grunewald. The exhibition functions as a case study in Grunewald’s research on the recontextualization of familiar images and features a new series of paintings and a sculptural installation.
The works in the exhibition were created by using found footage as generative material that is later replicated through photocopying, scanning, digital interventions, printing and offline interventions. Grunewald references in Stand-Inn** the journey an original image traverses until the artist arrives at what he considers the final result: a painting.
In diverse ways all the works in the exhibition seem to be standing-in for something else. The large pieces that stand on their own, reference traditional techniques of painting while they clearly present mechanisms that are derived from machinic systems of reproduction. The smaller paintings from the E.H.D. Handling Series, which pertain to the sculptural installations, are purposefully related to the work of the artist in his studio, however, their depictions belong to the practice of graphic printing, industrial books and crafts instructions. Furthermore, since E.H.D. references an External Hard Disk, the fact that the paintings are located right next to archival shelves and boxes seems to indicate that their point of origin must be found in those boxes.
In this cycle of reference, the gallery space serves as a host for the artist’s studio whilst providing a polished version of the artist’s work environment–in the same way, inns and hotels host tourists, business people, and the circumstantial travelers. During our short stays in hotels and other accommodations, they serve as substitute homes while we, the guests, have the opportunity to create representations of ourselves that are more refined, more efficient, more relaxed, or more careless of our surroundings. In the same vein–by replicating the imagery and by obscuring its origin–Grunewald generates a commentary on how reproduction and presentation can confound an image rather than clarify.
Manor Grunewald was born in 1985 and lives and works in Ghent, Belgium. In 2014, he
was a resident at ISCP in New York. Recent solo and two-person exhibitions include:
‘What’s The Trick, Rennie?’, Masereel Center, Masereel (2015): ‘Glances Closer to
Blindness’, RH Contemporary, New York (2015); ‘Basic Precautions Should Always Be
Observed’ (with Vera Cox), DUVE Berlin (2015); ‘Like/Share’ (with Olivier Kosta
Tefhaine), Jeanroch Dard Gallery, Brussels (2014); ‘Organic Mess’, Ludlow Studios,
New York (2014); Unhelpful Hunt (Ze hat is not mine - I’m just trying it on for size)’,
Berthold Pott Gallery, Cologne (2013); ‘Life’s a beach and then you die...’, Gallery
Fortlaan 17, Ghent (2013); ‘Up to maximum freedom, or down to the ant heap’, Highlight
Gallery, San Francisco (2012). Recent group exhibitions include 'Volumes', Berthold Pott
Gallery, Cologne (2015); 'Paper' , Hunted Projects, Tilburg, NL (2015); ‘Silvier’,
SuperDakota, Brussels (2014); ‘Bien? Ou Bien!’, Mon Chéri, Brussels (2014); ‘To the
Happy Few’, JeanRoch Dard Gallery, Paris (2014); 'Whatspace' , Gerhard Hofland
Gallery, Amsterdam (2014) and 'Belgian Young Art Price' , Bozar, Brussels (2011).