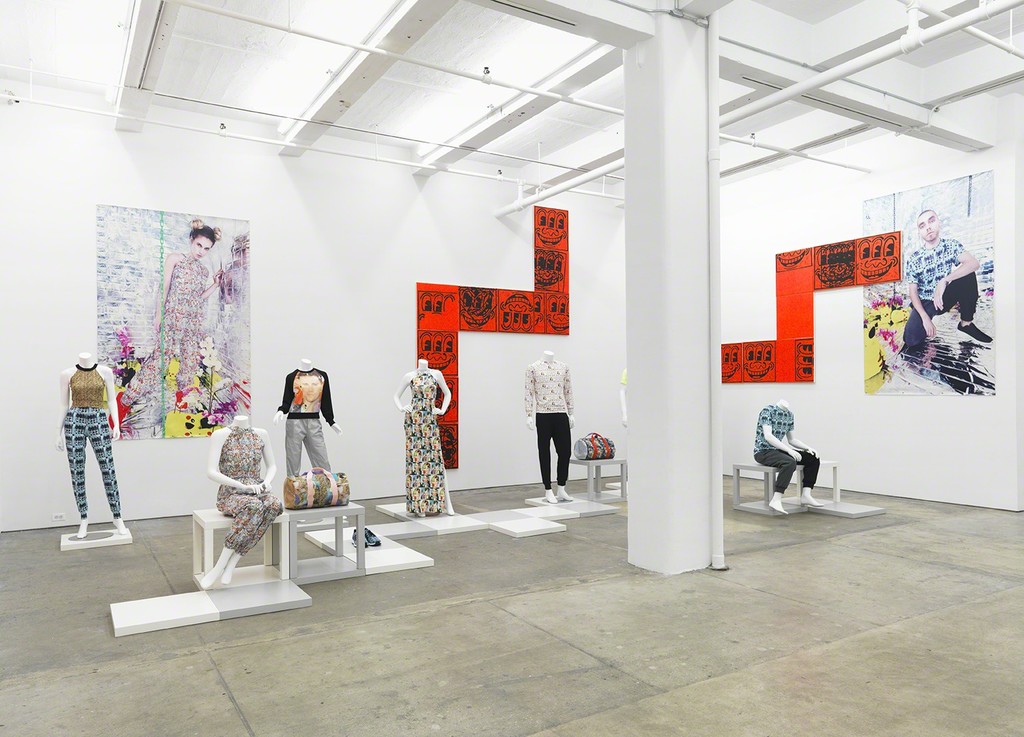 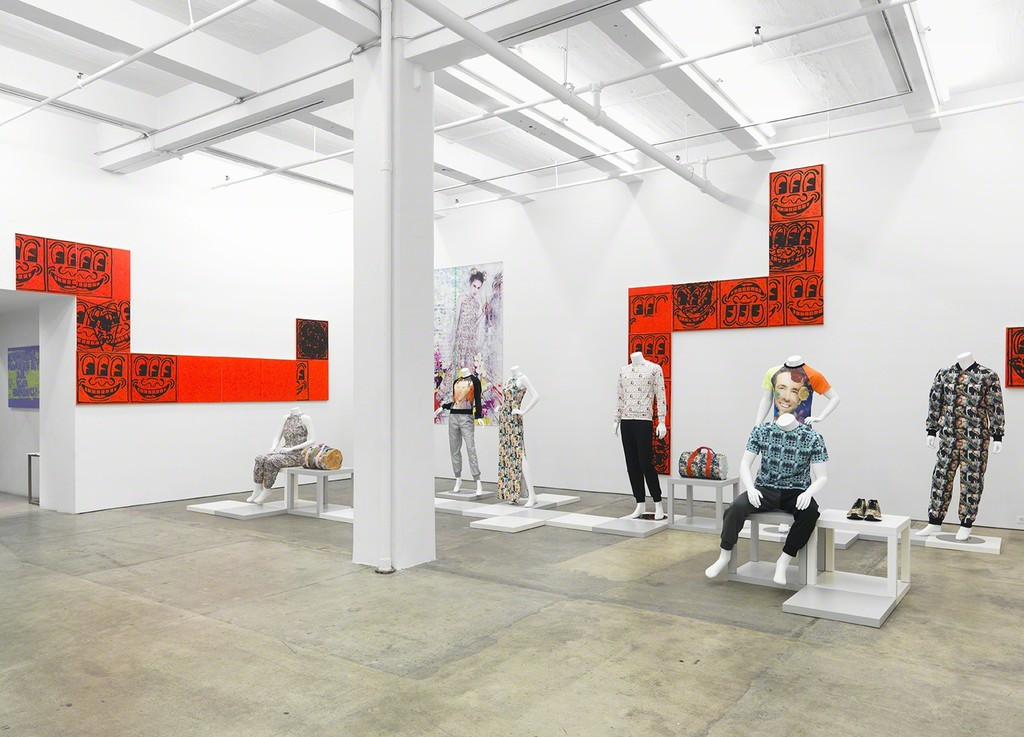 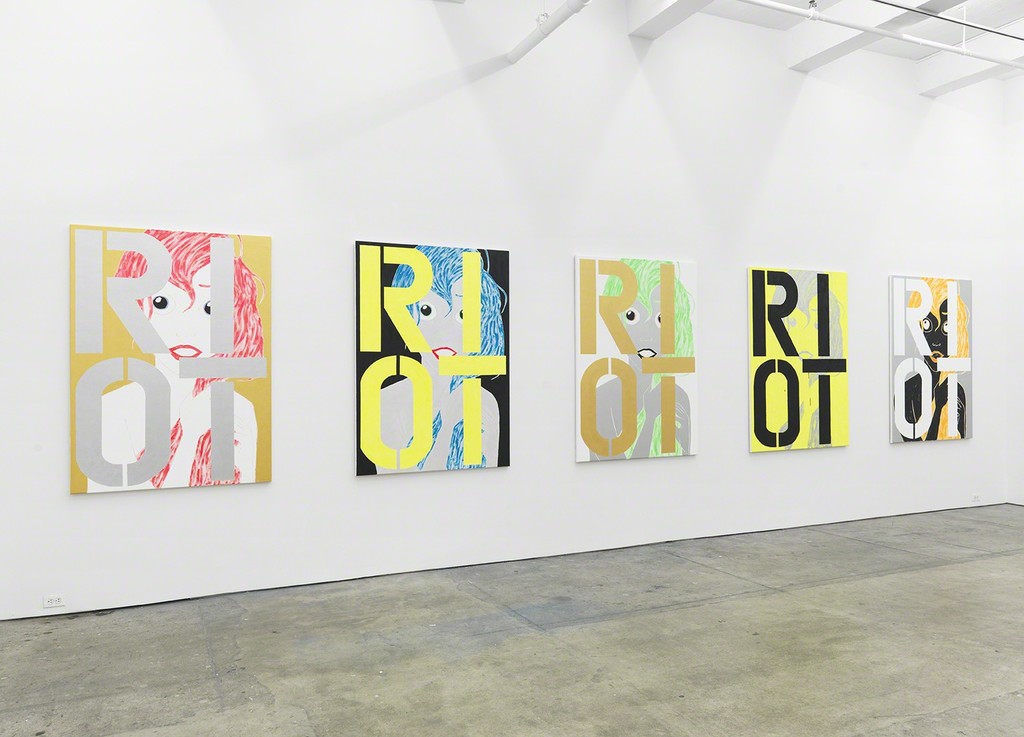 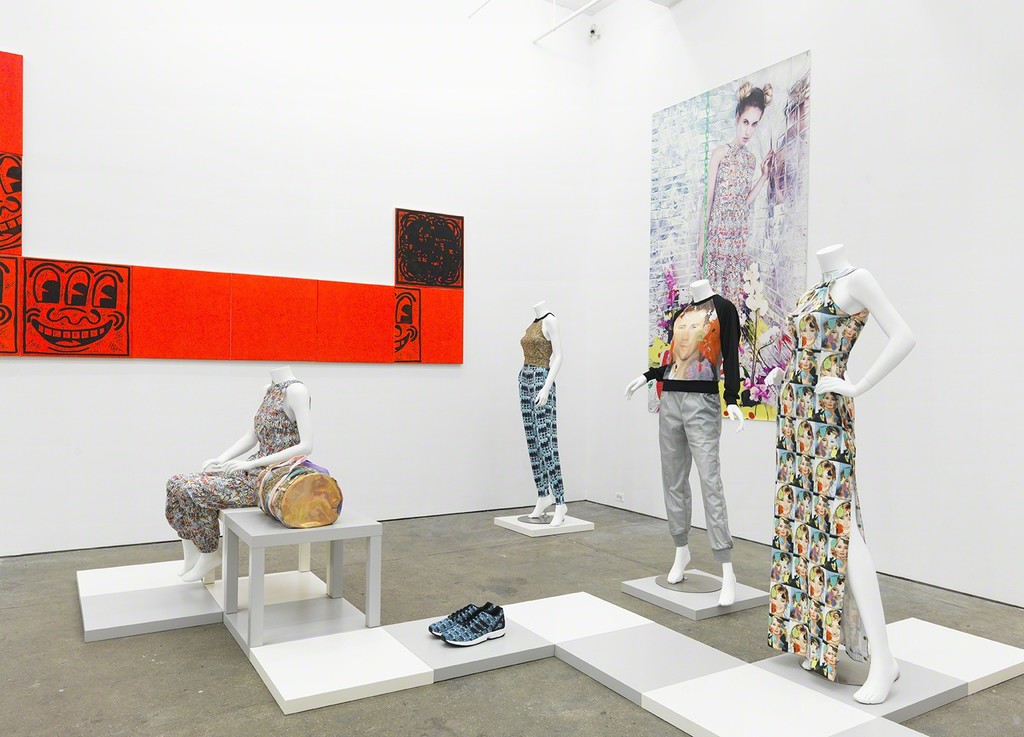 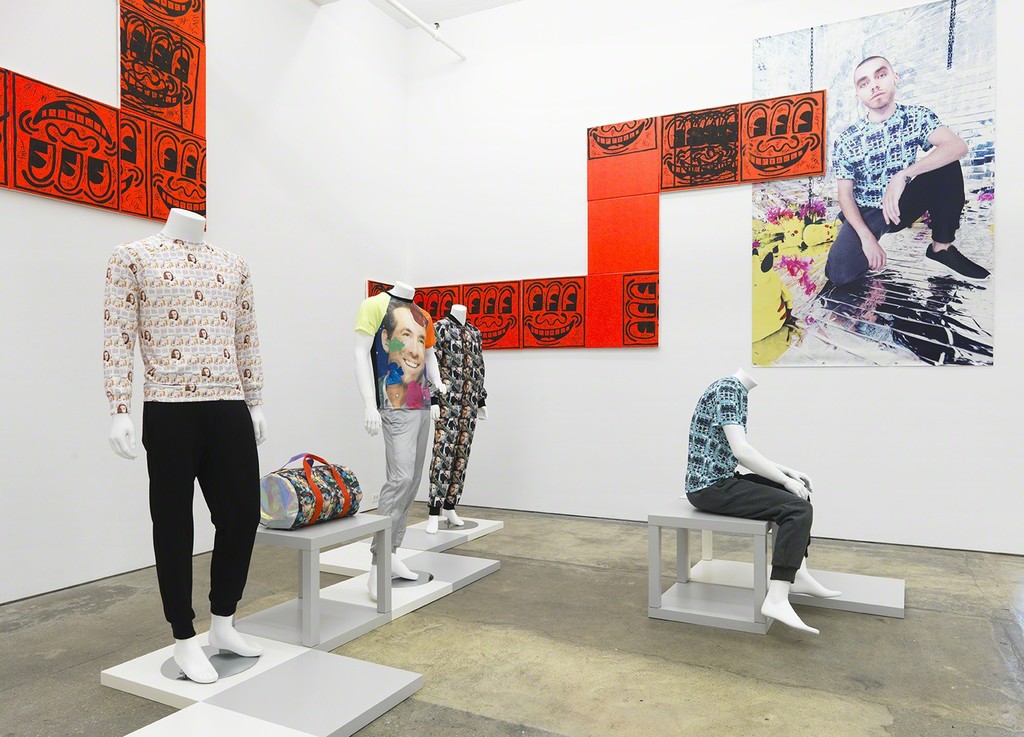  Michael Pybus, “IF IT WORKS, IT’S OBSOLETE”
 October 15 – November 14, 2015
Johannes Vogt Gallery is pleased to present the first US solo exhibition by British artist, Michael Pybus, "IF IT WORKS, IT’S OBSOLETE". The exhibition features a new series of paintings and garments immersed in a room-spanning installation which takes inspiration from mass consumer merchandising.
Blurring a multitude of contemporary icons, Pybus’ works reflects on the brand status of the subjects he samples. Celebrating a collapse of hierarchy and context where the images are sampled, repeated and intermixed into dialogue that reimagines contemporary culture.
From IKEA tables that are in every home to ubiquitous Warhol references, the boundaries of high and low have long been blurred, or might have been conflated all along. Michael Pybus aims to question this division by recognizing the role of paintings as consumer goods which he integrates alongside mass market commodities such as t- shirts, pants, bags and sneakers. An entire men’s and womenswear collection created in collaboration with his sister, fashion designer Joanna Pybus has been professionally shot by photographer Demi Hopkins, to create a series of new campaign images which will be enlarged to billboard scale and incorporated into the installation.
The flattening of celebrity status between Hollywood actors, world renowned artists and the repetitive appearance of Pybus’ own signature serve as further clues for the viewer. Pybus’ installation acknowledges the gallery as a high end commercial space and further exaggerates this through his paintings, garments and advertising elements. The game becomes visible and impossible to ignore.
Michael Pybus lives and works in London, UK. Recent exhibitions include hubcaP sMiley feat F ·R ·I ·E ·N ·D ·S ✓Friends (solo), Evelyn Yard, London, People You May Know curated by Debora Delmar, Bosse + Baum, I refuse to participate in failure - Spreez Munich, Business as Usual curated by Perce Jerrom - Turf Projects, London