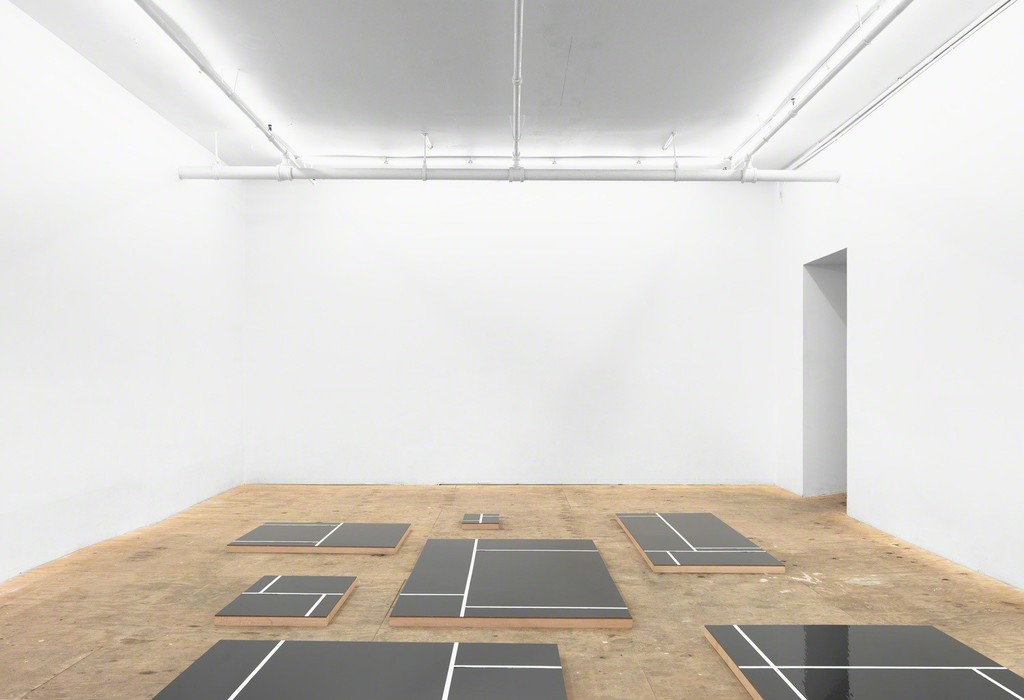 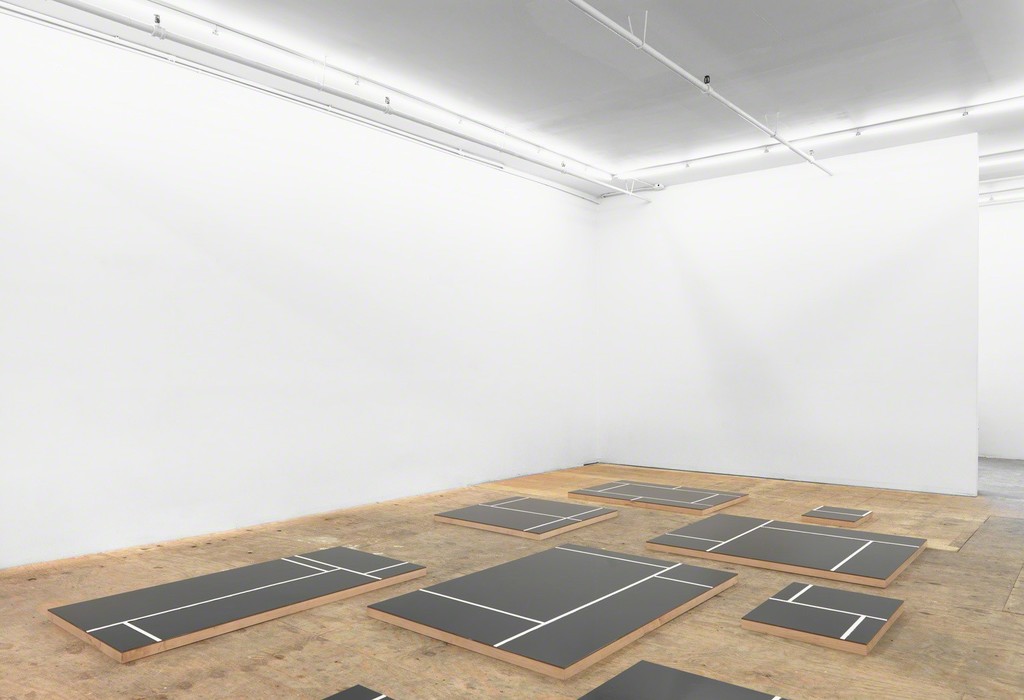 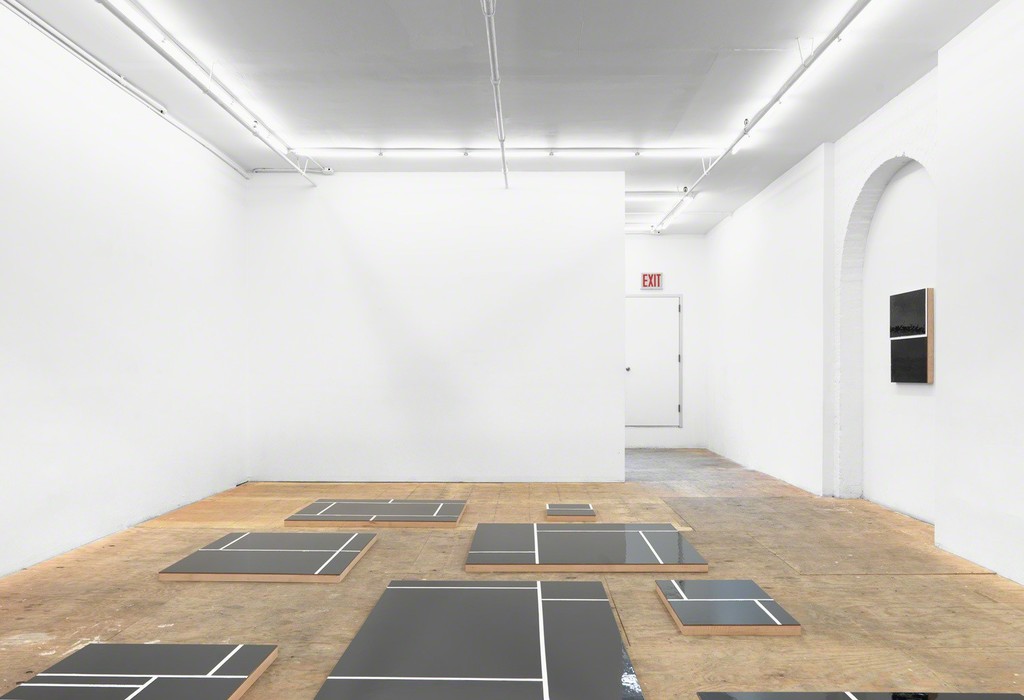 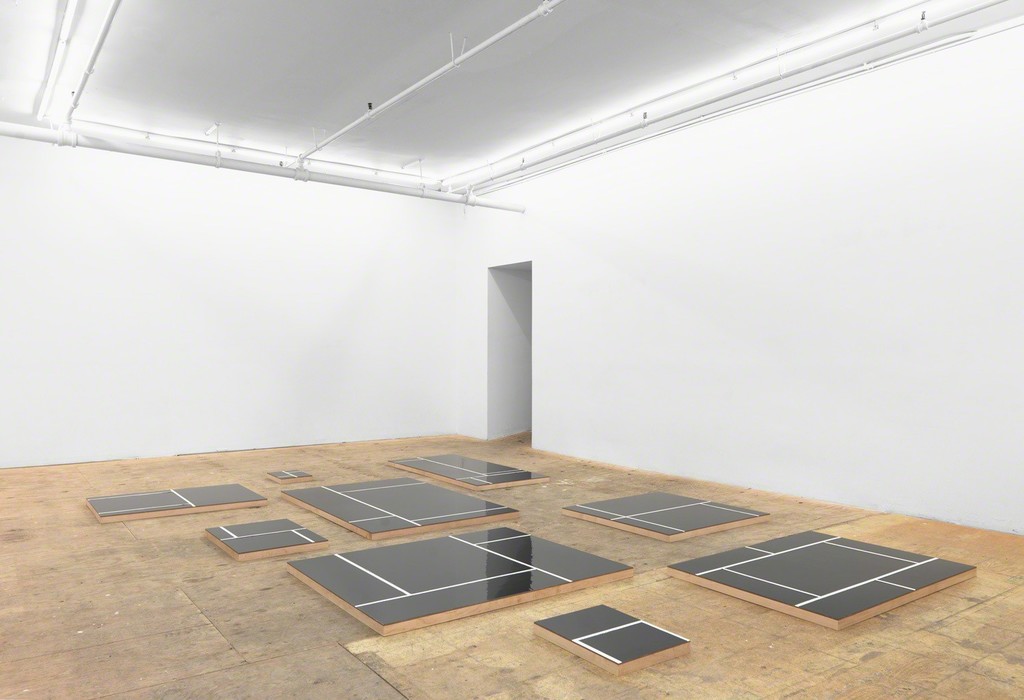 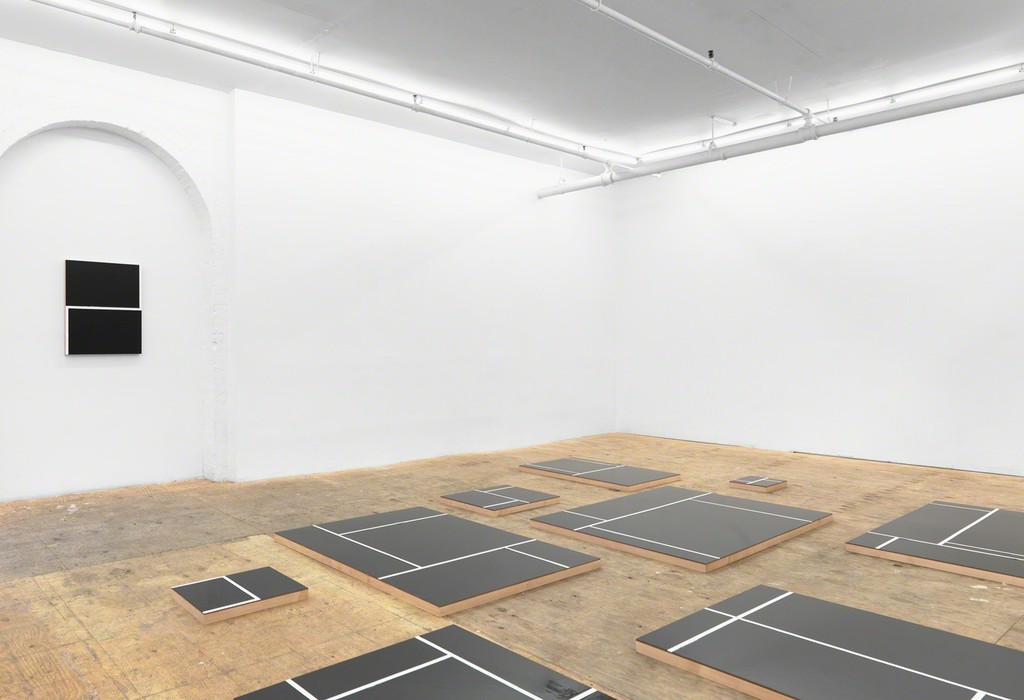 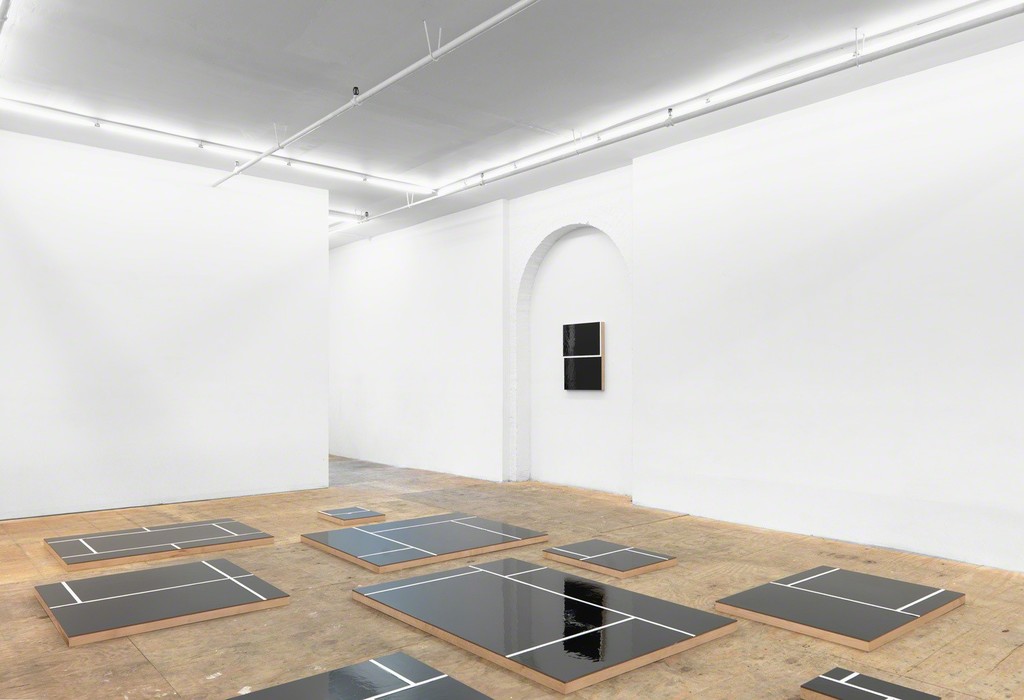 Johannes Vogt Gallery is pleased to present "Down The Line," the first solo exhibition at the gallery by Ricardo Alcaide, a Venezuelan artist based in São Paulo. Alcaide’s site-specific floor installation investigates notions of instability in urban environments as a result of the mistranslation of modernism and its inherent concept of progress to Latin America.

Alcaide has used the gallery’s white cube space as a studio to create a series of sculptural painting-panels in varying sizes that are presented horizontally on the floor. In order to make these works the artist mounts wooden slats onto the surface of the panels whilst applying glossy polyurethane paint regularly used in car shops. The screwed in slats leave marks on the paint underneath once removed, like remnants of the history of its making. Within Alcaide’s installation each work follows its own linear composition while engaging a dialogue with the works in its immediate proximity. In a flow of push-and-pull, the repetitive character of the compositional methods used by the artist alludes to the sometimes monotonous formalistic appeal of modernist architecture.

The protagonists of modernism revived a theoretical concept that many scholars investigated over the course of centuries: the intersection of mathematics and beauty. Le Corbusier, architect and pioneer of this movement, claimed that φ, an obscure figure with very long decimals commonly referred to as the Golden ratio, served as an instrument to build an ideal world, positively influencing the personal and social space, thus defining our life experiences.

The adaptation of these figures to space was realized by systematic repetition. However, with the passage of time, these architectural and social ideals were skewed towards images of deterioration and exclusion, remaining in the collective memory as failed fantasies of the past. The title of the show "Down The Line" refers to this relationship between past and future, expressing this change in perception, in which the ideals are distorted to give way to the onset of precarity, improvisation and decay as valid action systems.

While these theoretical concepts and ideas form a central nexus of Alcaide’s entire practice his new body of work presented in “Down The Line” delivers a non-textual, non-literal, merely visual message that strikes to the core of the artists’ thinking. The flair of “decay” inherent in these shiny yet morbidly destructed panels embodies the historical transition if not deterioration of modernism in the Latin American context.

RICARDO ALCAIDE was born in Caracas, Venezuela in 1967. He lives and works in São Paulo, Brazil. His work reflects on the deep contrasts between precarity and luxury that come as a result of modernist urban planning in Latin American cities.