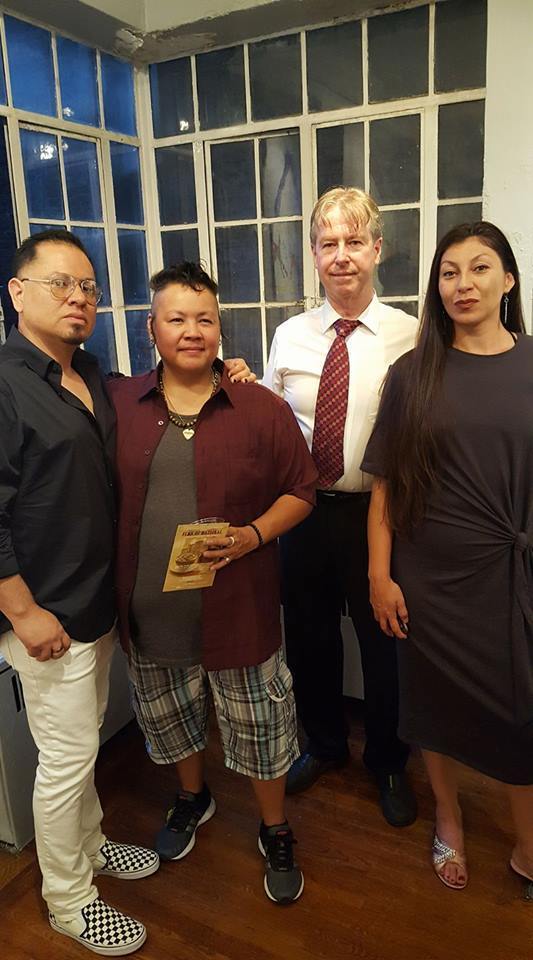 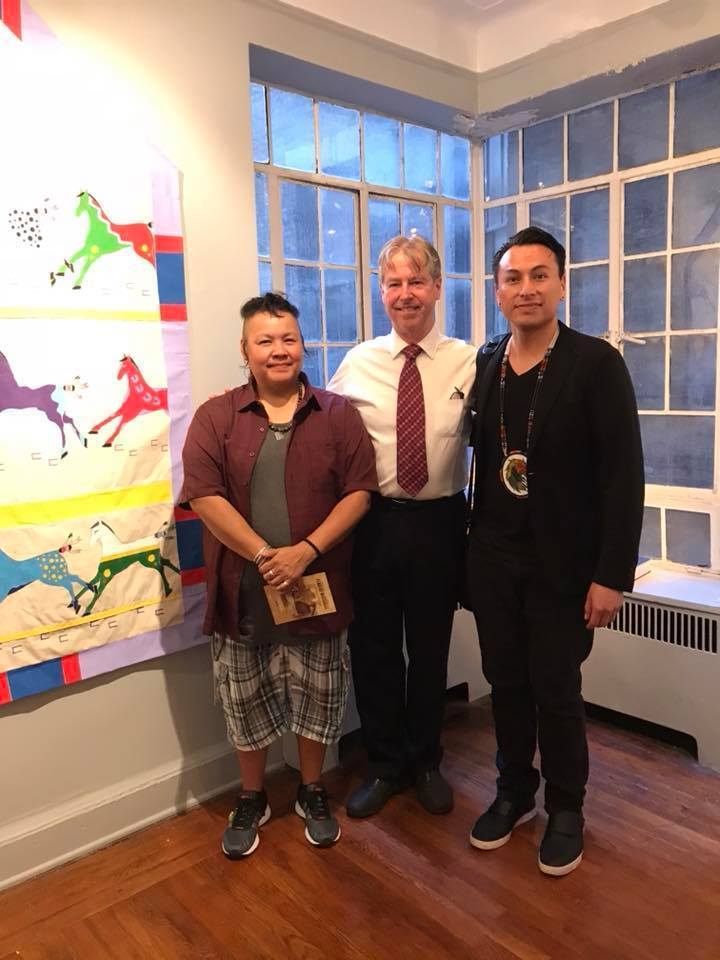 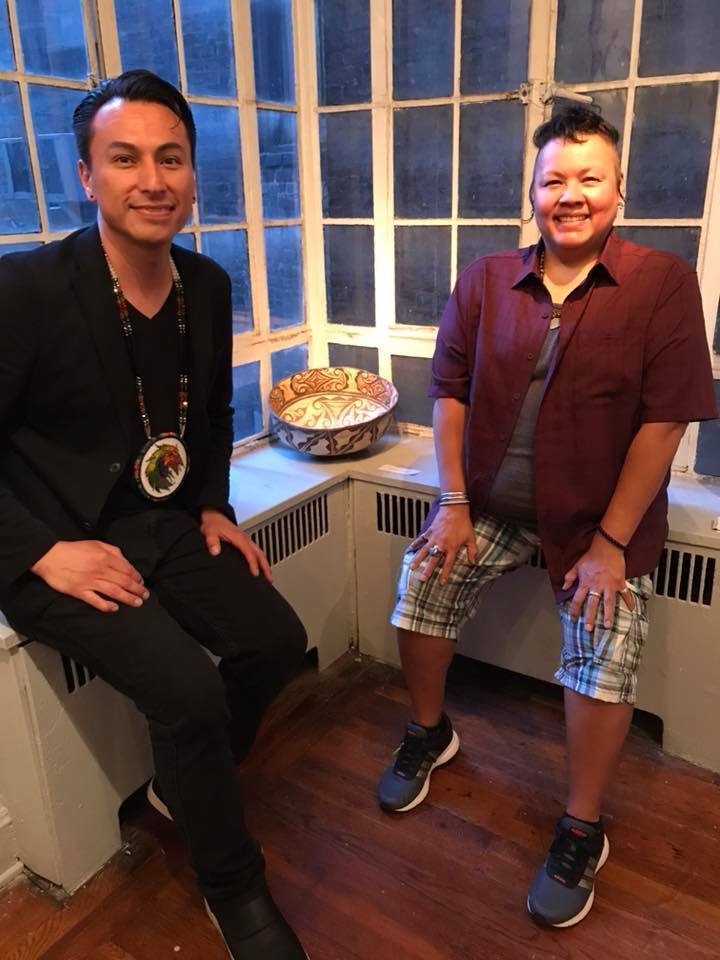 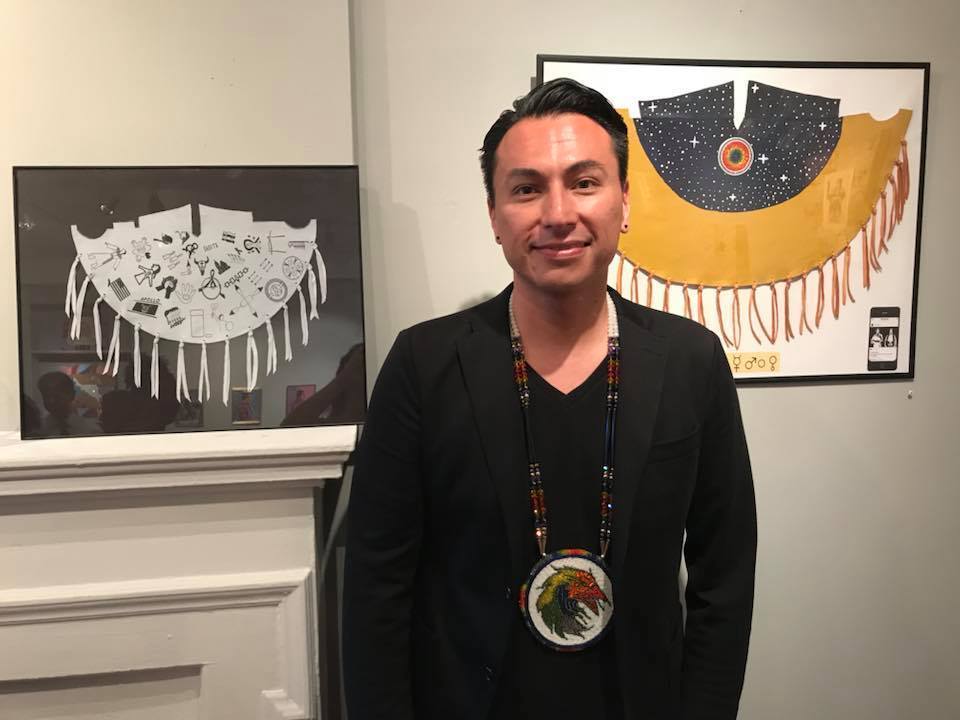 The Two Spirit tradition specifically refers to transgender people, although it can include anyone in the LGBTQ community. In traditional Native American society, people who identified as having two-spirits, i.e. both male & female, were accepted and often given a special status within the community. While the terminology varied from tribe to tribe, the ethos of acceptance was widespread throughout tribes and often granted these individuals special status.
This is the first gallery exhibition that highlights the role of Two Spirit people in traditional Native American society and includes the extremely rare work of the two best known 19th Century two spirit artists, We’wha and Arroh-ah-och, along with contemporary Two Spirit artists.

Prominent in this exhibition are a Zuni ceramic bowl circa 1880 attributed to We’wha (1849 - 1896) the well-documented Two Spirit artist and a Laguna ceramic attributed to Arroh-ah-och, a Two Spirit ceramicist in Laguna also active at the end of the 19th century.

When the first American ethnologists visited Zuni pueblo in Arizona circa 1880, they were quite taken with the physical presence of We’wha who was six feet tall and one of the tallest members of the community as well as one of the strongest. Yet We’wha dressed as a woman and performed the traditional female duties, including pottery making. She was considered among the best potters in the community.

Her status in the community was that of a lhamana. Lhamanas were highly respected members of the community who, though born male, lived the traditional life of a woman. They often served as mediators and were reported to have special ceremonial and spiritual responsibilities.

The Laguna Pueblo ceramic circa 1900 was made by Arroh-ah-och, a Laguna two spirit artist (ca. 1830 - 1900). We first hear about her from Ruth L. Bunzel in her landmark book THE PUEBLO POTTER, published in 1929. “At Laguna, I saw a pot of typical Zuni feeling and treatment which I first took to be a Zuni pot. My informant, however, assured me it was an old Laguna piece. Later she remembered it was made by her uncle, one of the last men-women of Laguna, a famous potter, now dead, who had once visited Zuni and had been so much impressed by Zuni pottery that he introduced Zuni designs into Laguna” (57).

The reference to “one of the last men-women” suggests that as the 20th century brought cultural assimilation to the Native communities of the Southwest, the more repressive attitudes of the dominant culture were in motion. Arroh-ah-och was a contemporary of We’wha’s although not as well known. After all, We’wha travelled to Washington, D.C. and lived with the ethnologist, Matilda Coxe Stevenson, and her husband for six months in 1886 where she became the darling of the D.C. social scene. She was introduced to President Grover Cleveland. In accounts written at that time, she is often referred to as the “Indian Princess” with no indication of gender ambiguity. Will Roscoe’s THE ZUNI MAN-WOMAN is a great source of information about We’wha.

One only wishes that we knew more about the trip to Zuni when Arroh-ah-och and We’wha would have met. They certainly discussed pottery making as each was among the finest potters in their community. What inspired Arroh-ah-och to adapt Zuni designs and bring them to Laguna? We can only surmise that her interaction with We’wha had an enormous influence on her work.

Likewise, the iconic status of We’wha in the Native American Two Spirit community has had a strong impact on the current generation of artists even if not directly though her craft.