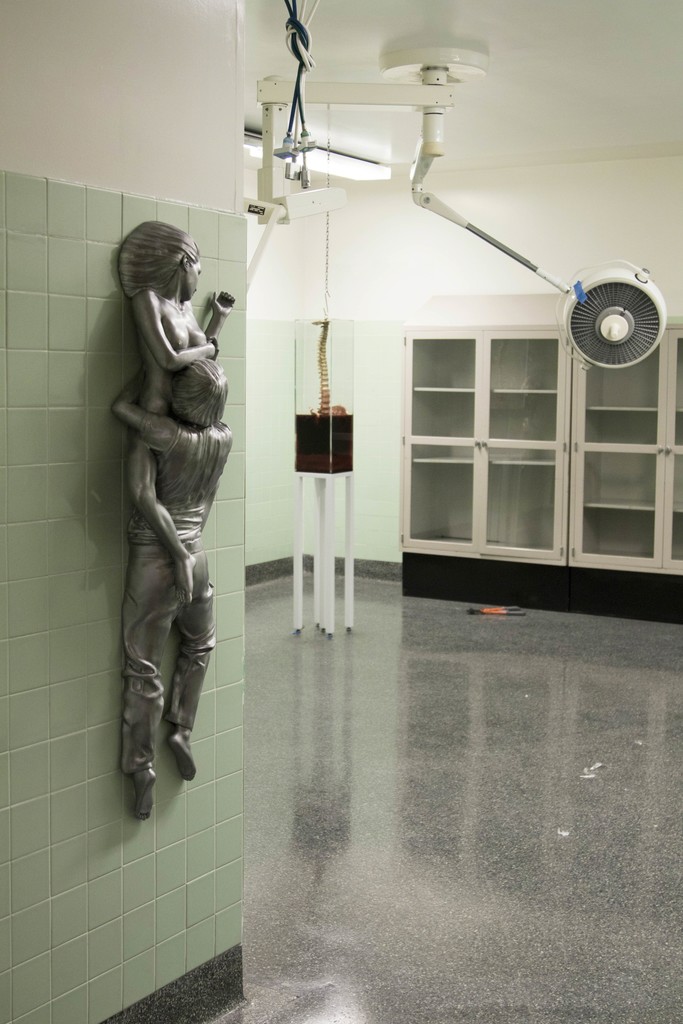 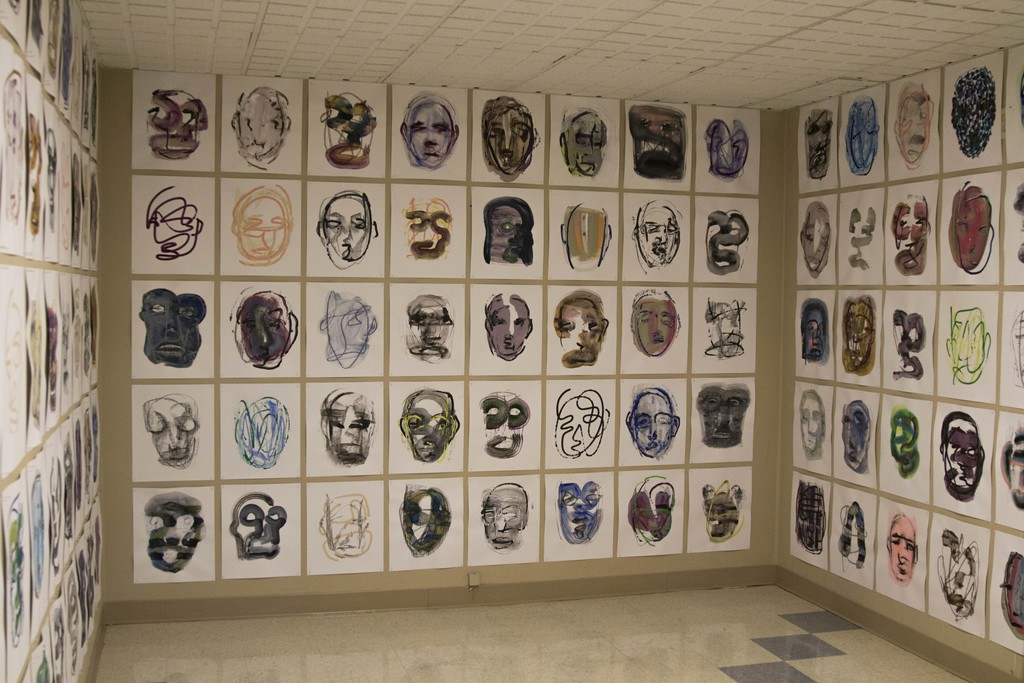 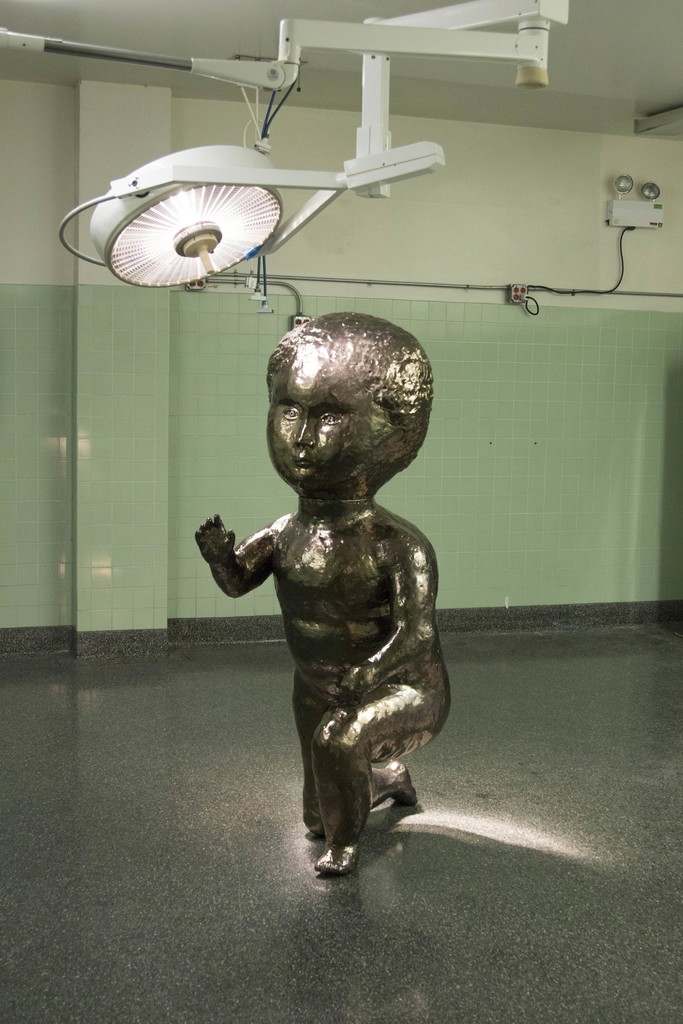 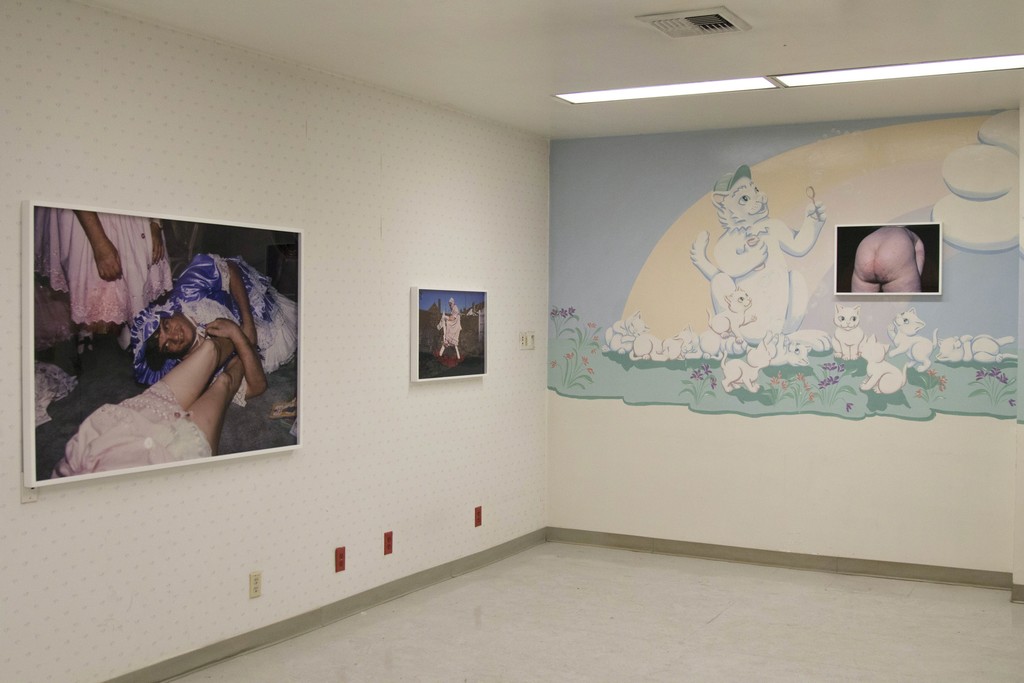 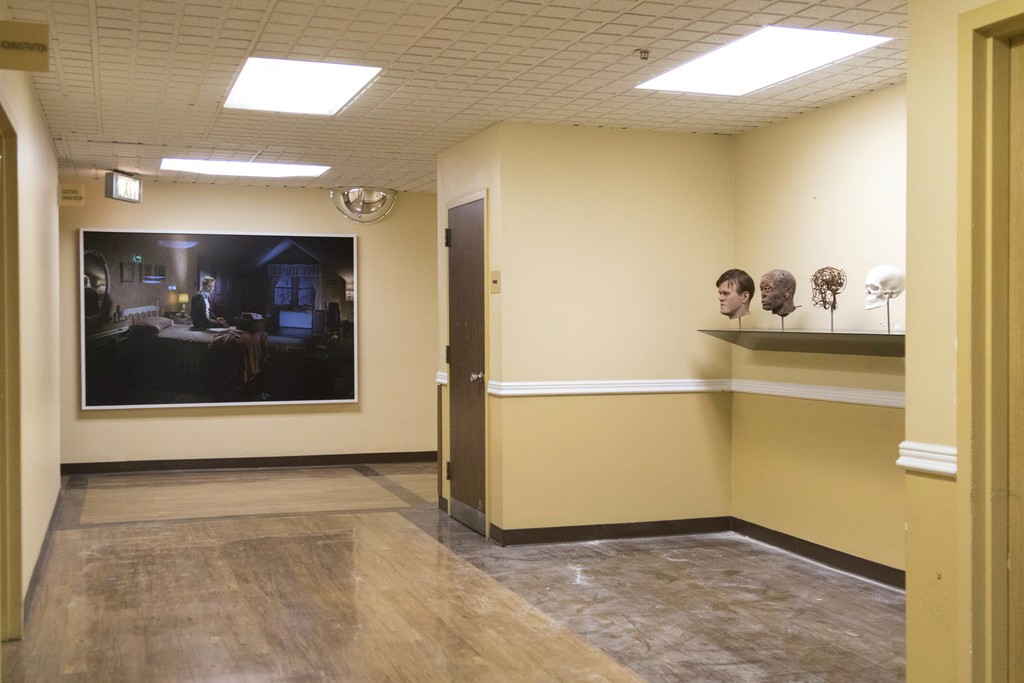 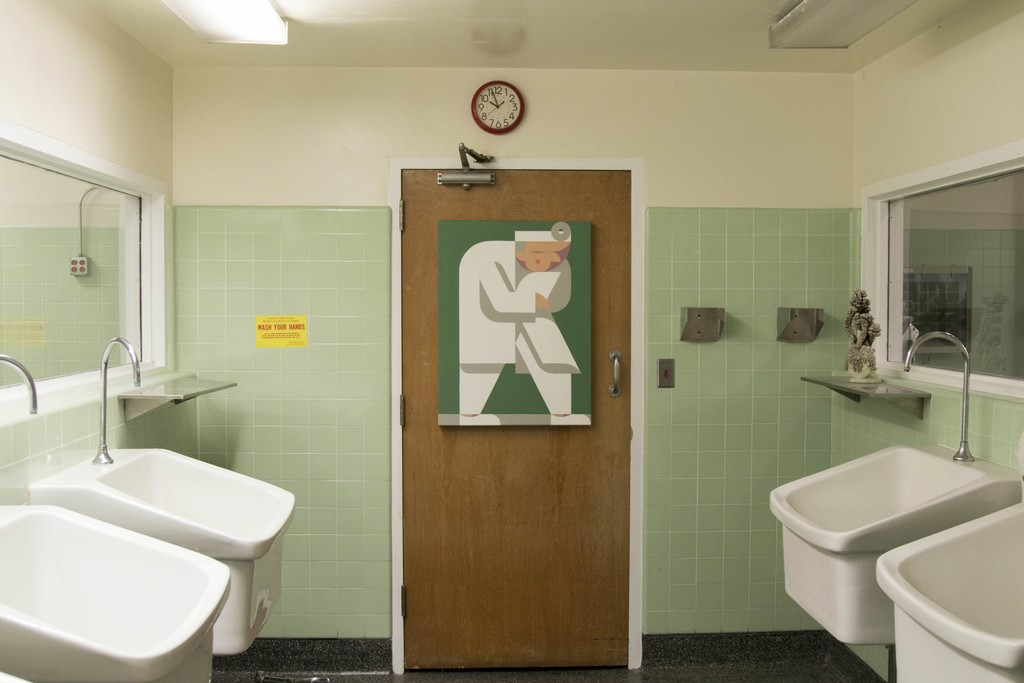 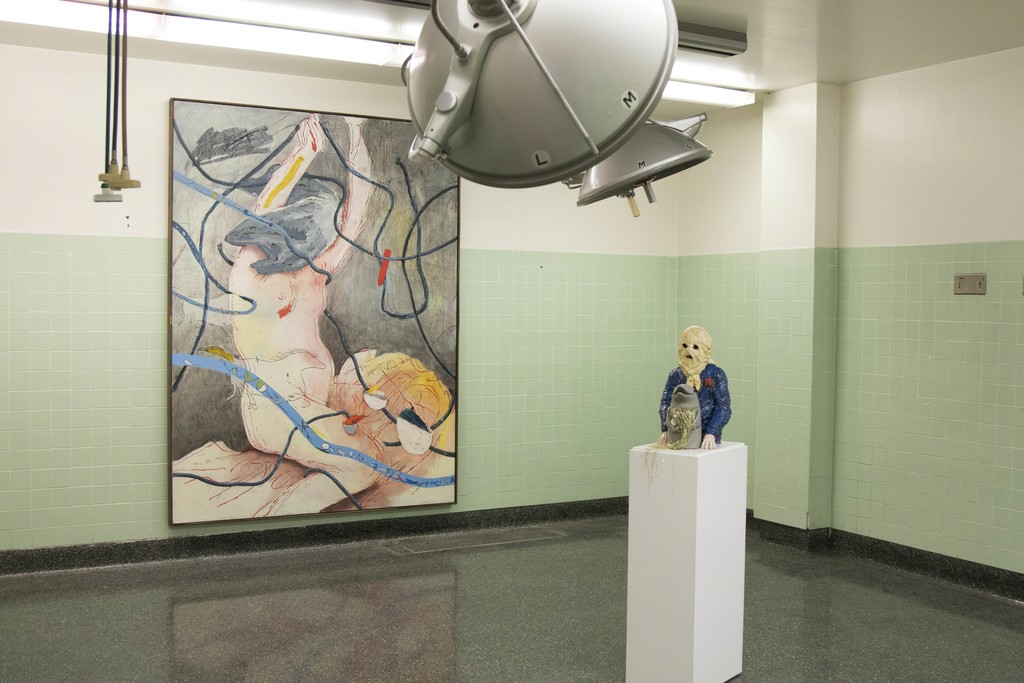 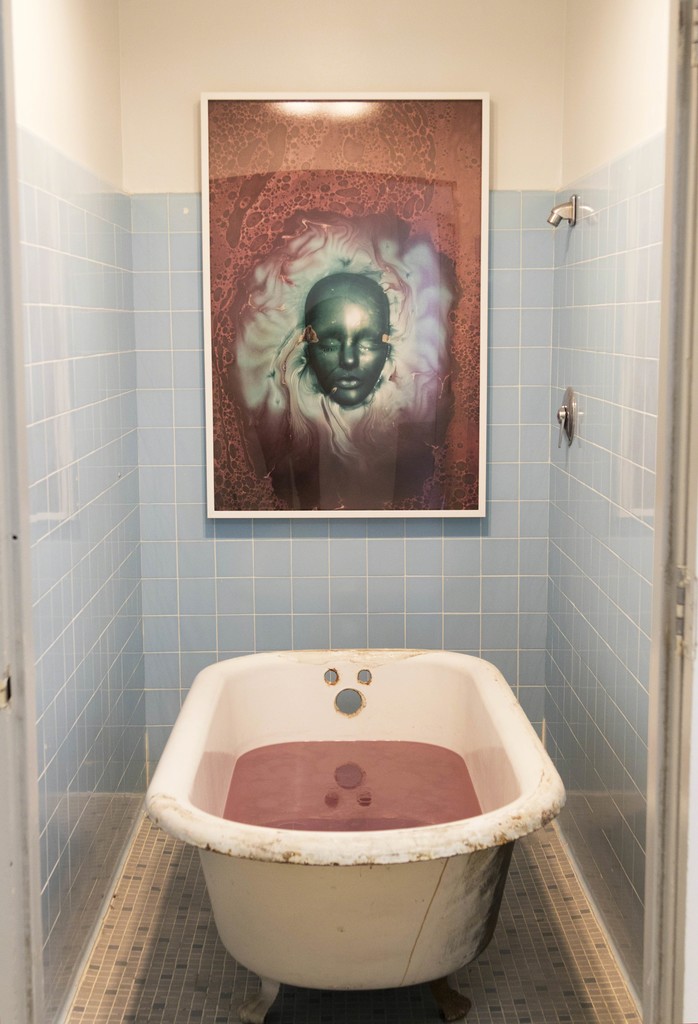 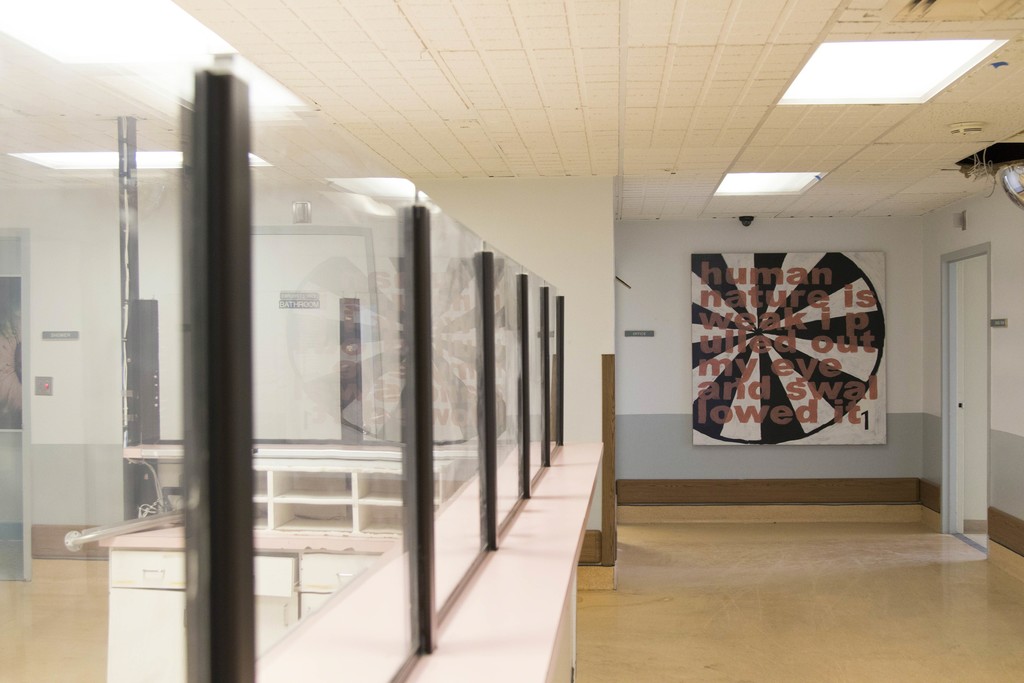 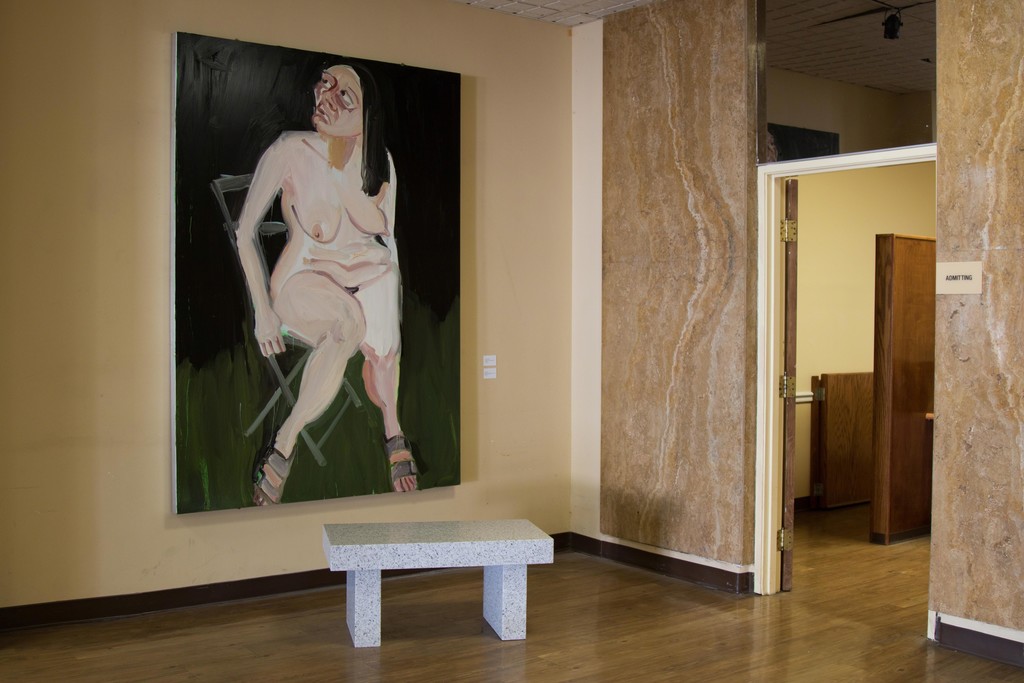 LOS ANGELES—September 12, 2016—Human Condition is an immersive, site-specific exhibition that features the work of sixty emerging and established artists in a uniquely challenging space: a former hospital in West Adams, previously known as the Los Angeles Metropolitan Medical Center. Curated and produced by the Los Angeles-based art advisor John Wolf, Human Condition invites artists to re-contextualize the hospital’s functional history—over 40,000 square feet of it—as a venue to explore what it means to be human. The exhibition opens to the public on October 1, 2016 and runs through November 30, 2016.

The Los Angeles Metropolitan Medical Center proudly opened in 1971 as the first Black-owned hospital in Los Angeles. It operated successfully for decades. Later, both the hospital and the West Adams neighborhood in which it was located declined; in the hands of the Pacific Health Corp, the hospital closed amid revelations of criminal mismanagement and insurance fraud in 2013.

Years of neglect are now giving way to reinvestment in West Adams, which hosts much of the city’s cherished architectural heritage and landmarks. It is now home to many working artists, a burgeoning art scene, and other signs of community-driven cultural renewal.

With Human Condition, Wolf has invited artists to explore the corporal and psychological experience of being human. Ranging from sculpture, drawing, painting, performance, and immersive installations, the works are displayed amongst the surgical rooms, maternity wards, a psychiatric floor, and cafeteria. Both the artist and viewer are encouraged to explore the dilapidated remains and transcend the building’s original intention.

Many of the artists have taken over entire hospital rooms for solo presentations and site-specific installations, with the two main floors of the exhibition divided in approach to human condition.
The subconscious mind is addressed on the first floor by artists Jenny Holzer, David Benjamin Sherry, Gregory Crewdson, and Chantal Joffe, among others. The hospital’s rooftop billboard, which once read “The Los Angeles Metropolitan Medical Center,” now reads “Flesh and Bone Zone” in a gradient of flesh colors—the work of artist Kelly Lamb. Upon entry, Jenny Holzer’s engraved white granite bench “What a show when they tell you it won’t hurt…,” 1989, succinctly sets the tone for psychological tour de force ahead.

The conscious, decision-making mind is explored on the second floor by Laurent Grasso, Polly Borland, Matthew Day Jackson, and Marc Horowitz, to name a few. Here, the surgery rooms host sculptural work by Daniel Arsham, Matthew Day Jackson, Tony Matelli, and Nick van Woert, while Polly Borland’s “Babies” series hangs in the cheerful pediatric ward. The juxtapositions range from uncanny to twisted. Before climbing to the fourth floor psychiatric ward, guests are invited to put up their feet: In an ironic nod to a human need for comfort, the otherwise sterile ICU has been repurposed as a waiting room with furniture from the Haas Brothers, Jeff Zimmerman, James Magni, Kerry Joyce, and Holly Hunt.

Human Condition is a unique opportunity to experience artwork outside the confines of a typical art space. In using the skeletal remains of the hospital and its discarded medical supplies, artists and viewers are encouraged to explore the notion of what we leave behind—from objects to human history.

John Wolf is a global art advisor based in Los Angeles. He founded John Wolf Art Advisory & Brokerage in 2009 to assist private collectors, institutions, and corporations in creating outstanding collections of contemporary art. Outside of the traditional art advisory and brokerage, Wolf both consults with the interior design trade and curates exhibitions. He has spoken on panels at Art Miami, Art Silicon Valley, produced exhibitions at 4619 in Los Angeles, and is a member of LACMA’s Modern and Contemporary Art Council (MCAC).