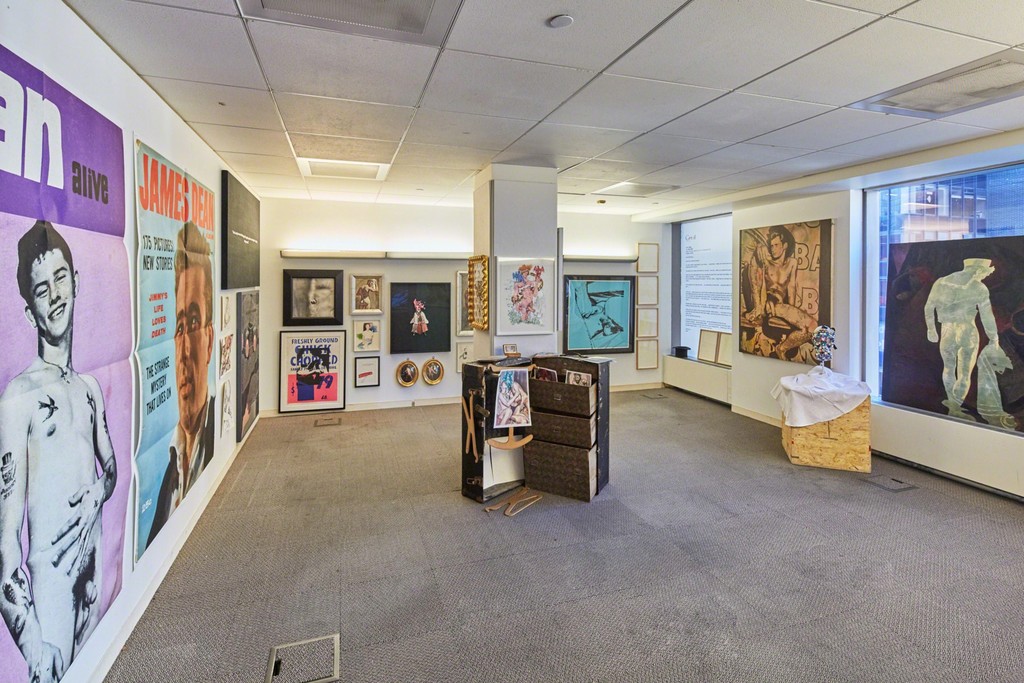 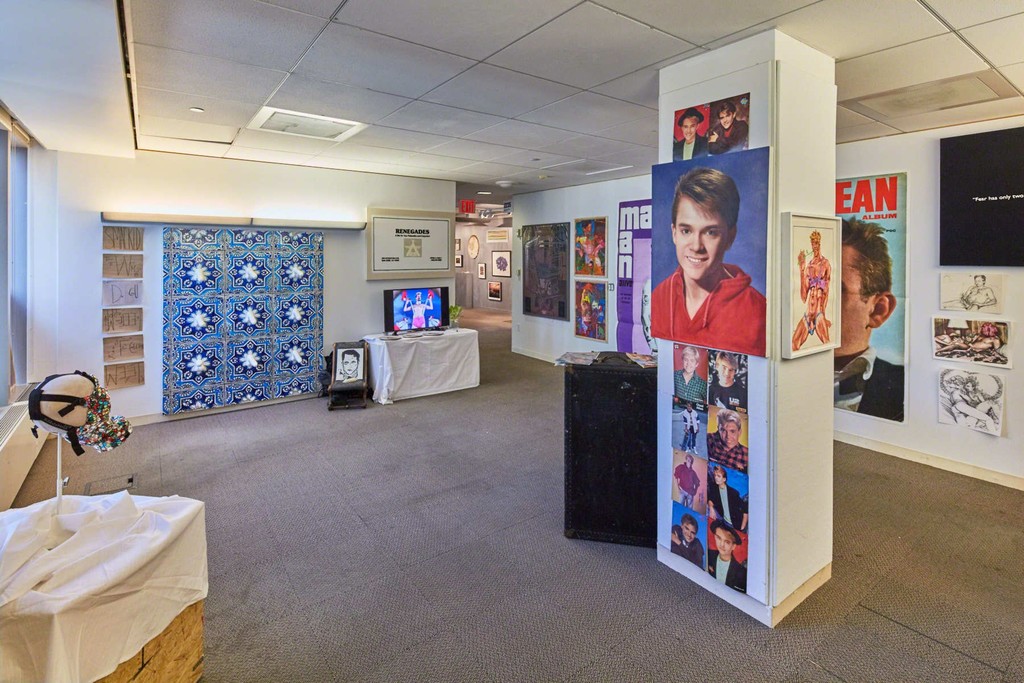 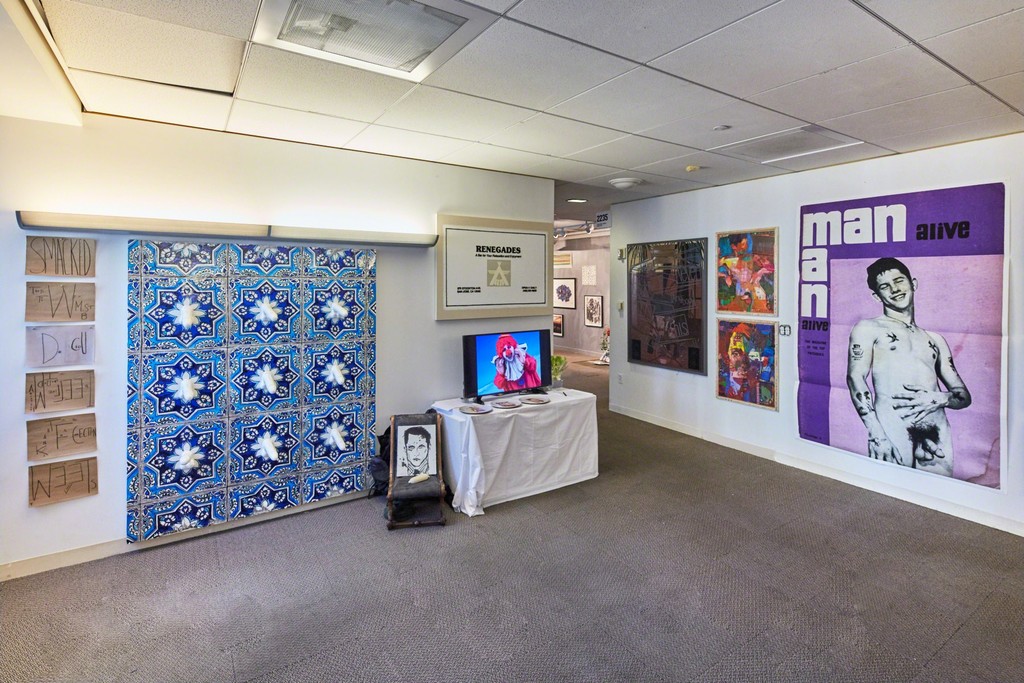 Like Tracey Emin’s “My Bed.” this “Secret Gay Box” will encapsulate a moment in the life of an individual—but rather than doing this through a single object or work, it will use a variety of works in different mediums from different times to create the ethos of adolescent formation; a time characterized by flux and uncertainty. It will be a powerful comment on the construction of identity through collected, foraged, sometimes fiercely protected influences.

This is how the show’s curator, John Wolf, describes his childhood: “Growing up in an evangelical christian home, being gay was a sin and a flaw, something only Jesus could change. So as a child, the ability to read and explore my nascent sexuality was not only fearful but had to be hidden -- in a secret gay box.” This exhibition will revive that “box” in a way that will be both personal and visceral for Wolf himself, and for the viewer. It will tell the story of what it’s like to find out very early on in life that you’re a stranger in your own community. “Said box contained ephemera from magazines, books, etc.,” Wolf continues, “The secrecy of my identity also led to my love of art and collecting. As a child I hoarded artifacts, rocks, bottle caps, antique bottles, the idea of filling my personal space with objects that could distract from the fearful reality that was my existence. For this project, I am bringing the secret gay box and its contents to life , a stranger in our evangelical home.”The idea of the “box” as exhibition space contrasts playfully with the more traditional, more sterile “cube” gallery environment. In this atmosphere, the works will lose all trace of impersonality.

John Wolf is known for his self-aware use of unconventional space. He’s given legendary work by artists like Jenny Holzer and Robert Mapplethorpe new meaning by placing them in unusual contexts, like in the show “Human Condition”— which took place in an abandoned hospital in a soon-to-gentrify part of Los Angeles. His curatorial history will help him to reinvent the ethos of his “Secret Gay Box” in one of the non-traditional exhibition spaces provided by the Spring/Break Art Show. Like Wolf’s childhood box, this space will be one where art hides in plain sight, where people don’t think to look. The space itself as well as the artworks in it will embrace the creativity that it can take to effectively conceal oneself—the eclectic aesthetic of the secret collection. The images and objects will embody queerness in its most subtle and most overt forms. Think deeply personal images of forbidden sexualities, in the form perhaps of Polaroids or photo booth photos; Vintage or even ancient Images that prove that queerness has been around as long as humanity; Objects that speak to a very personal and unconventional aesthetic sense, that simultaneously are deeply personal to the possessor but communicate something illicit to anyone looking in from the outside, who happens to catch a glimpse.

This exhibition will explore how the life and meaning of an object can change when it is contextualized within a secret, unconventional space, and it will show what objects can embody and communicate when viewed individually and as a group. The works within will have what Eve Sedgwick has coined “texxture,”—”the kind of texture that is dense with offered information about how, substantially, historically, materiality, it came into being.” The “texxture” of eadch individual object will communicate its origin, its place in queer history, its emotional significance. The show as a collective will also have its own “texxture” which tells its highly individual and intimate origin as a collection of secret gay items.

This “texxture” will point to a specific moment in the life of a very specific young boy learning to creatively nurture a part of himself that he had to hide. But this specificity is a paradox; because in order to find himself, he must travel through time and space. This “Secret Gay Box” is both a fluctuating document of a person’s individuality; it is a time capsule and it is also a time machine. It will be the collision point for a variety of contradictory impulses; stranger and family member; individual and collective; a single moment in the history of a single boy’s sexuality, and the expansive history of queerness embodied in a menagerie of objects from across time. Enter the world of the secret gay box, and find the stranger that lives within.