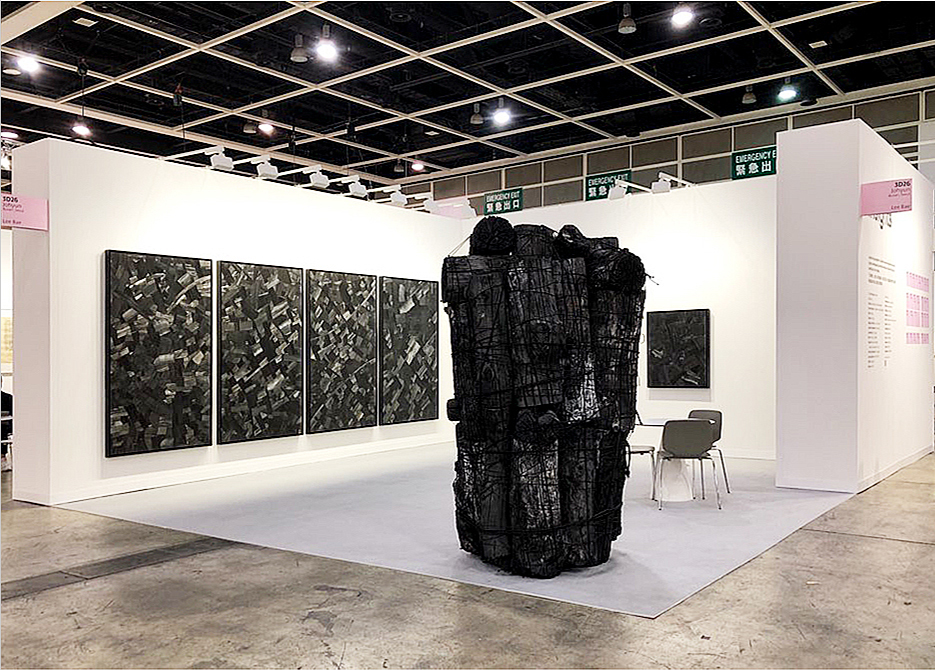 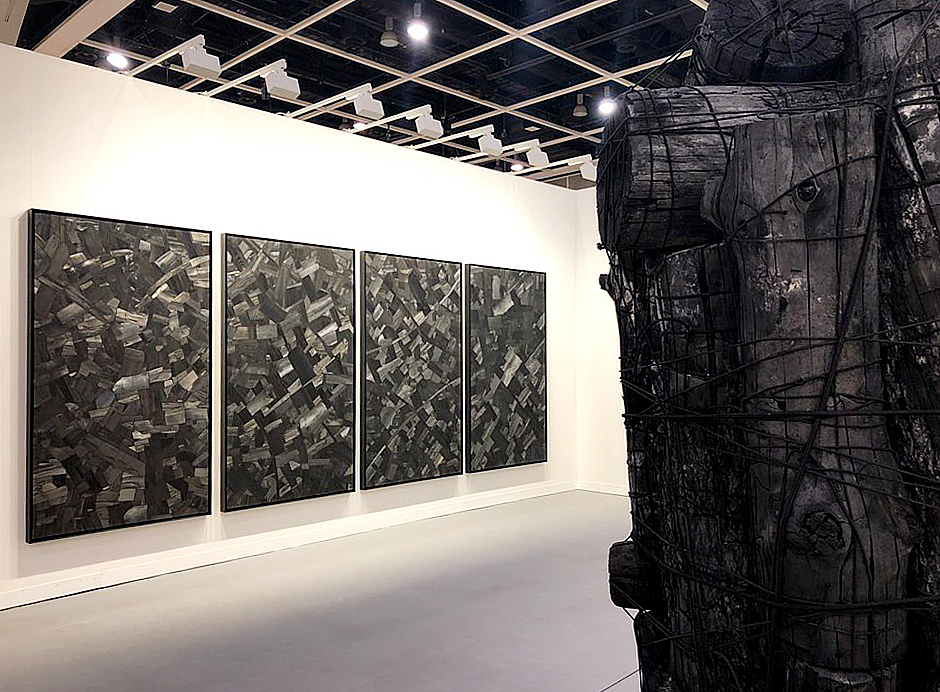 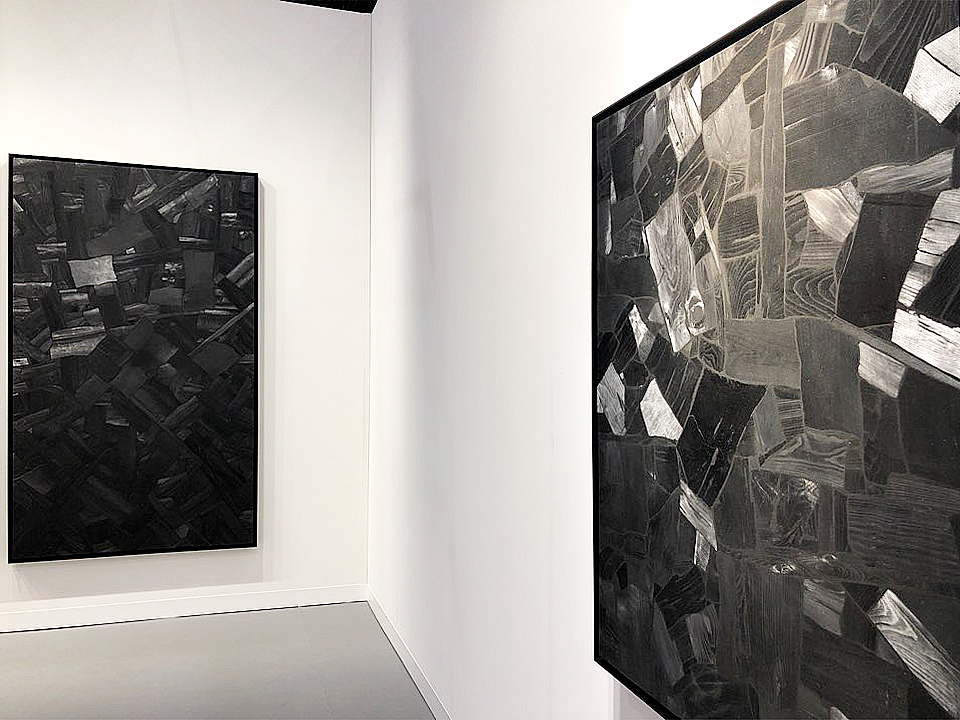 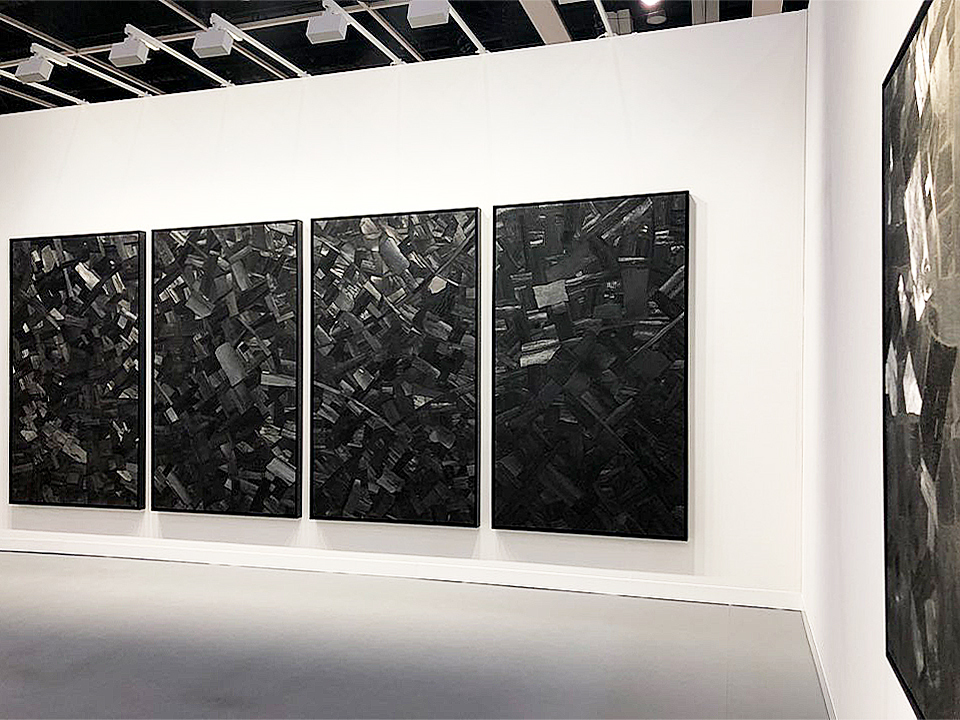 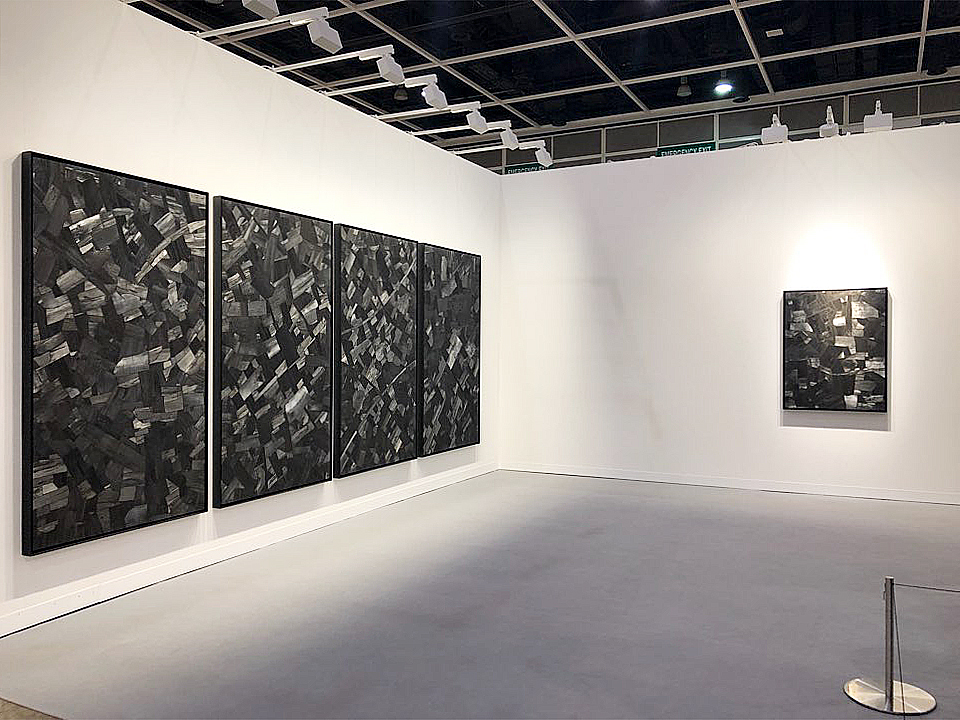 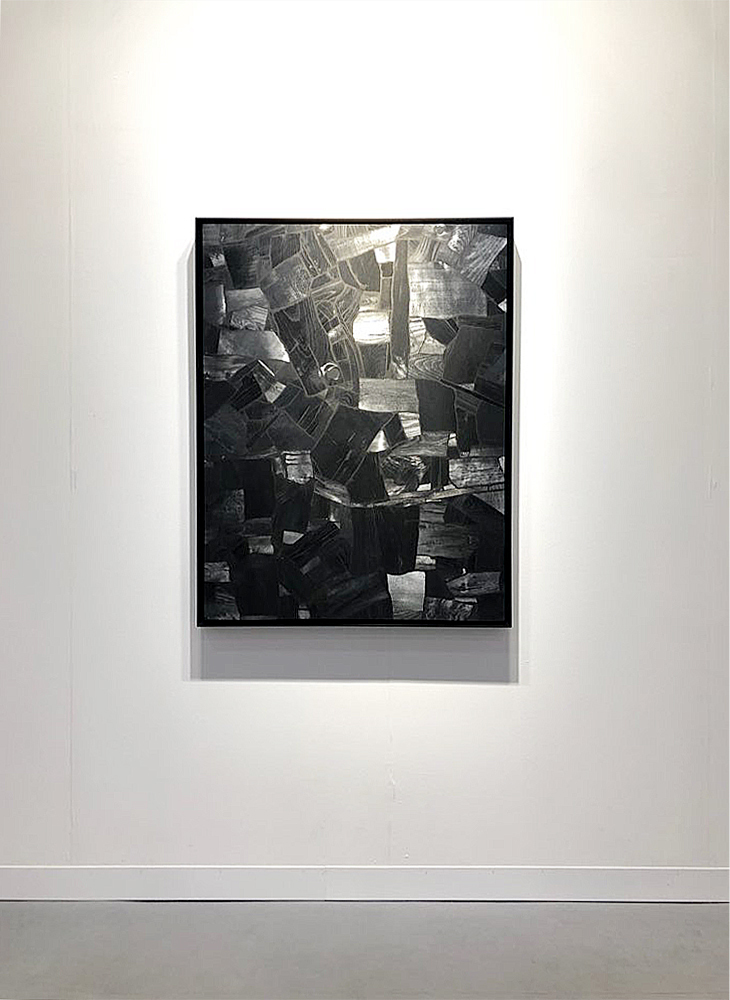 Johyun Gallery presents the solo exhibition of Lee Bae who is currently living in Paris and is active internationally through Hong Kong Art Basel 2018. Lee is an artist who has introduced Korean paintings to the international stage with charcoal and abstract black and white typeface. In 2016, he held a solo exhibition at the Musée National des Arts Asiatiques - Guimet in Paris, France, Europe's largest museum of oriental art. Following the solo exhibitions in 2014 at the Seoul Hyundai Gallery and the Daegu Museum of Modern Art, Lee Bae was the first Korean artist to be invited to have a solo exhibition at the 10th anniversary of Fernet Branca, a place that rarely exhibits modern art. In the same year, he had solo exhibitions at Musée des Beaux-Arts in Vannes, France, and Domaine de Kerguéhennec, and he became recognized on the world stage. In addition, in March of 2018, he will have large-scale solo exhibitions at the MAG Foundation in Europe and the Galerie Perrotin in Paris. He also received the Order of Arts and Letters from France in October of last year and has solidified the position of Korean contemporary art in the art world.
This solo exhibition will feature a 2.1 x 4.8m large-scale flat painting of the Issue du feu series, small paintings, and a 2.4m-high large charcoal sculpture. This exhibition will be a meaningful place to show in- depth the art world of Lee, who has constructed a new language by using charcoal in modern style.
Lee Bae is known to the international art world for modernizing the language of monochrome painting, and he is regarded as a second-generation artist of Korean monochromatic painting. Lee has been active in Korea, Paris, and New York for more than 20 years, and Paris is his base. In 1990, he moved to France and started to use charcoal for his artwork, which is a commonly used Korean art material for Korean art. In the past, he did oil paintings that looked as if he poured paint onto the canvas. As an artist, however, he had financial trouble and couldn’t bear the expensive costs of oil paint and canvases. When he became satisfied with using charcoal to draw, he found that bags of charcoal were sold cheaply near his studio. But above all, charcoal was the material that awakened his source, and charcoal became the essence and the destination of his paintings.
Over the last ten years, Lee has mainly presented abstract black and cream white typeface painting. In the early 2000s, he felt the need to escape from using charcoal, and did a performance of throwing black charcoal powder and charcoal mass into the air. After that, he began to use black pigments like acrylic medium. This exhibition will showcase works from before the performance and large-scale charcoal sculptures for an in-depth look into his world of art. The Issu du feu series uses the method of cutting pieces of charcoal and grinding the surface. The artist tries to expand the charcoal into various sculptural forms that show the essence of charcoal. In the painting from Issu du feu, cross sections of hundreds of charcoal piecess fill the screen with different light expressions. Various angles of lights are soft and shy. It is like pieces of charcoal have been cut in cross-sections, and they look like tree rings that are very delicate andprecise. Lee's work can be understood more accurately when we see and learn his process. The elaborate texture and elegant color are difficult to reproduce with photographs. The sculpture from Issu du feu was inspired by a megalith. Lee saw something completely abstract in an incredible massive stone that no signal or symbol could reproduce. And he expressed it as a piece of charcoal. The charcoals, strung together, are also perceived as chunks that lack usefulness and are completely transformed into the abstract. To make charcoal, you put a log in an old yellow clay kiln, bake it for 15 days, and cool it down for another 15 days. The surface of the charcoal that has gone through a month in the kiln has a rough wooden texture. Like ceramics that have been gently baking for a long time, the charcoals maintain the texture and shape of the wood. The black charcoal that remains after everything else is burned away is permeated with an underlying force that might suck us all in.
Charcoal not only has a symbolic meaning, but it also is a material that helps in rediscovering a unique Korean culture. In Lee’s art, charcoal has a secondary quality, the Eastern sentiment of black. In addition, the artist says that black embraces all colors and it contains in itself hundreds of colors rather than the one black color. Black, in the East, is not just a matter of color. Black is depth, and it absorbs all colors and lights. Through this exhibition by Lee Bae, who has been the leader of contemporary Korean art with his unique style, we expect a good opportunity to experience the fusion of contemporary art and traditional materials.