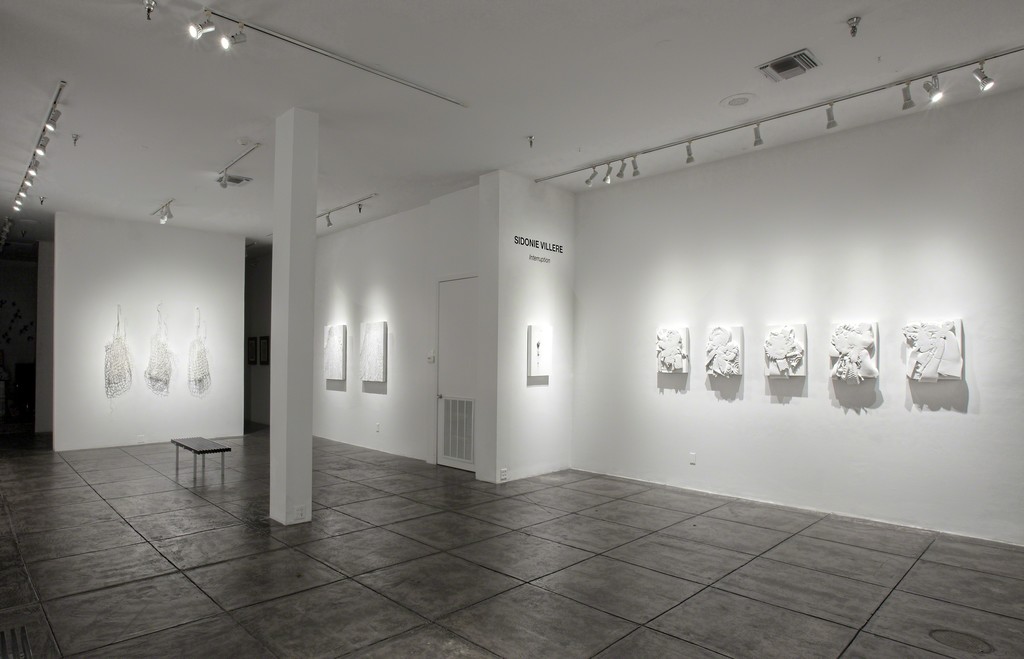 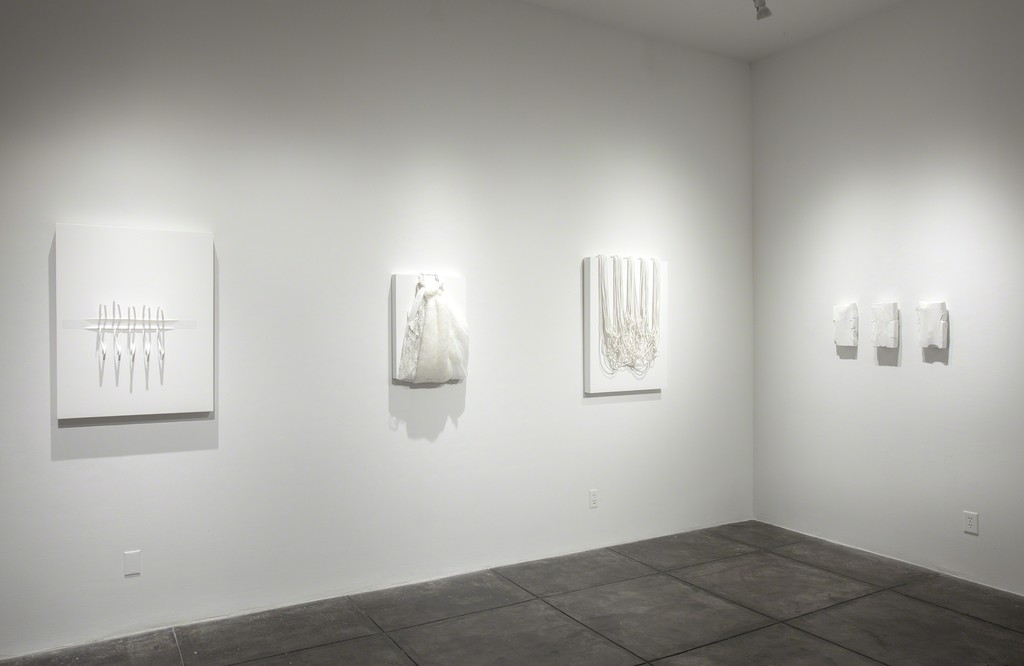 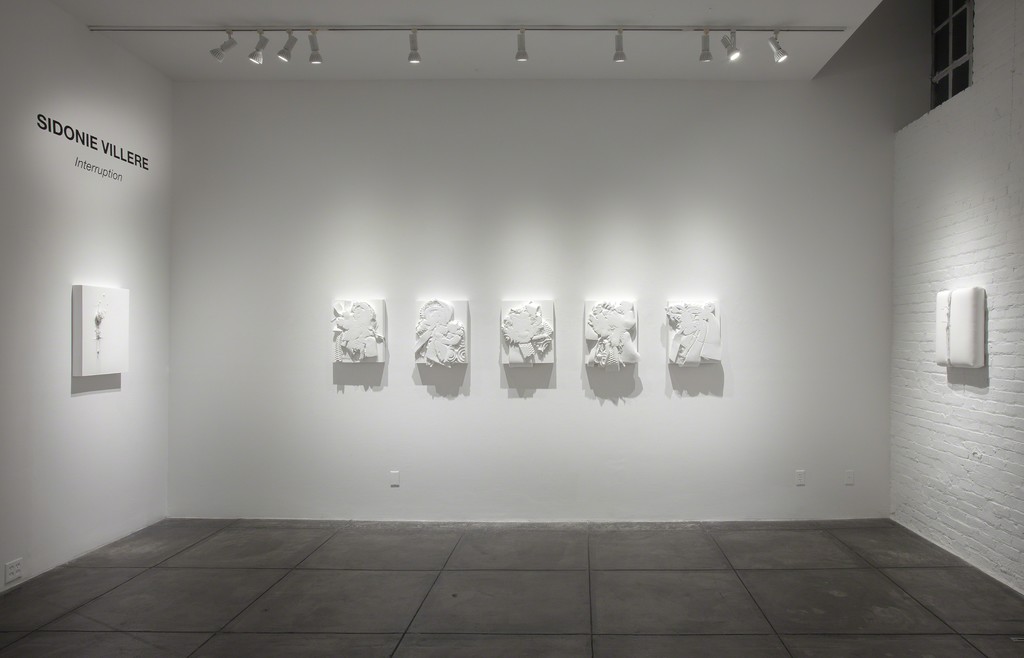 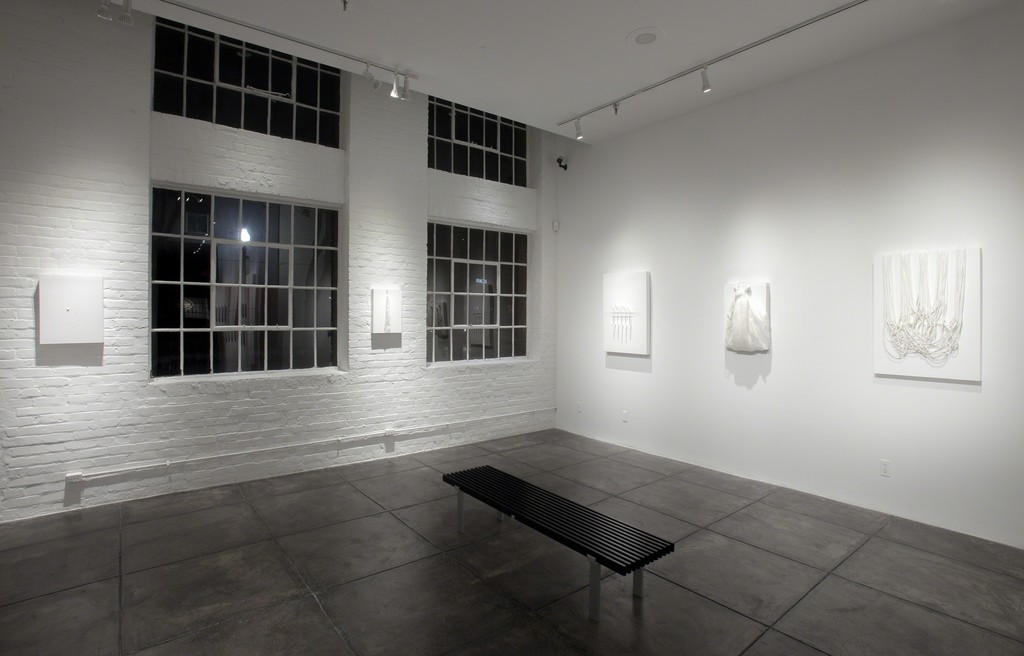 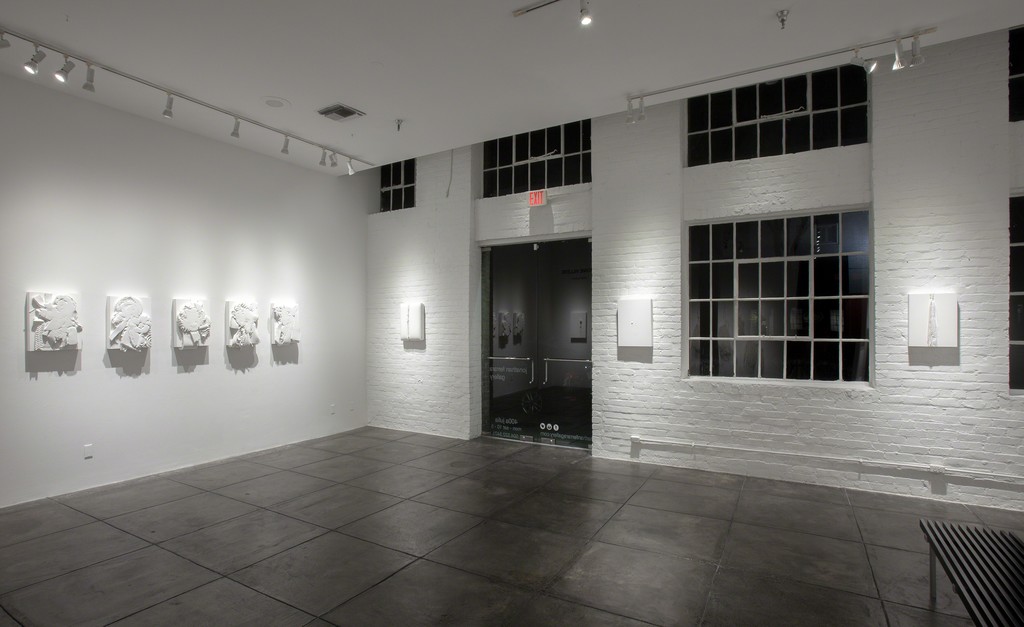 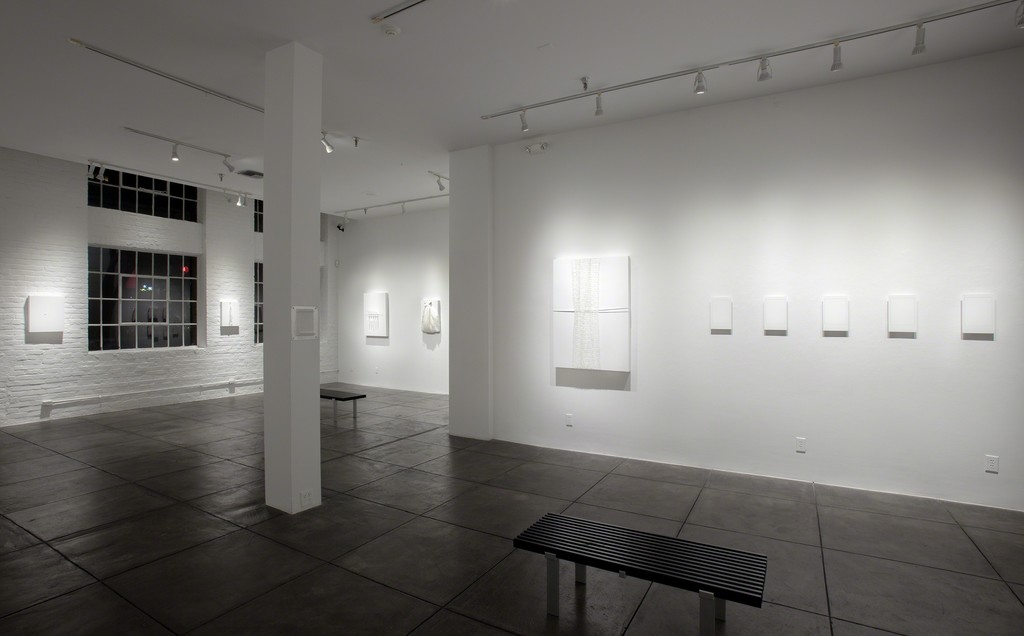 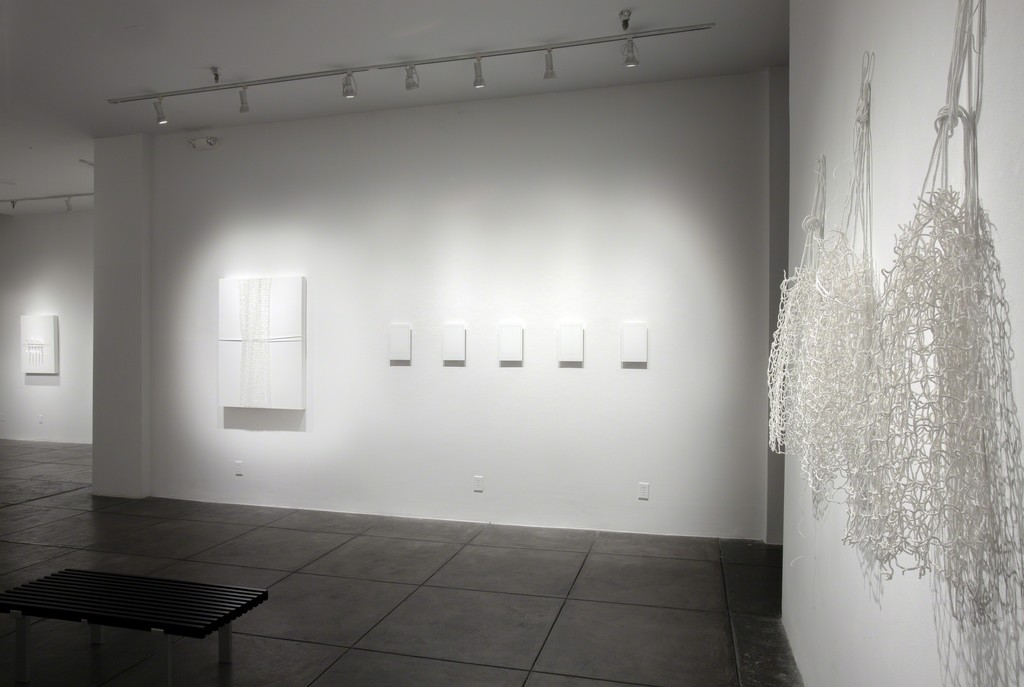 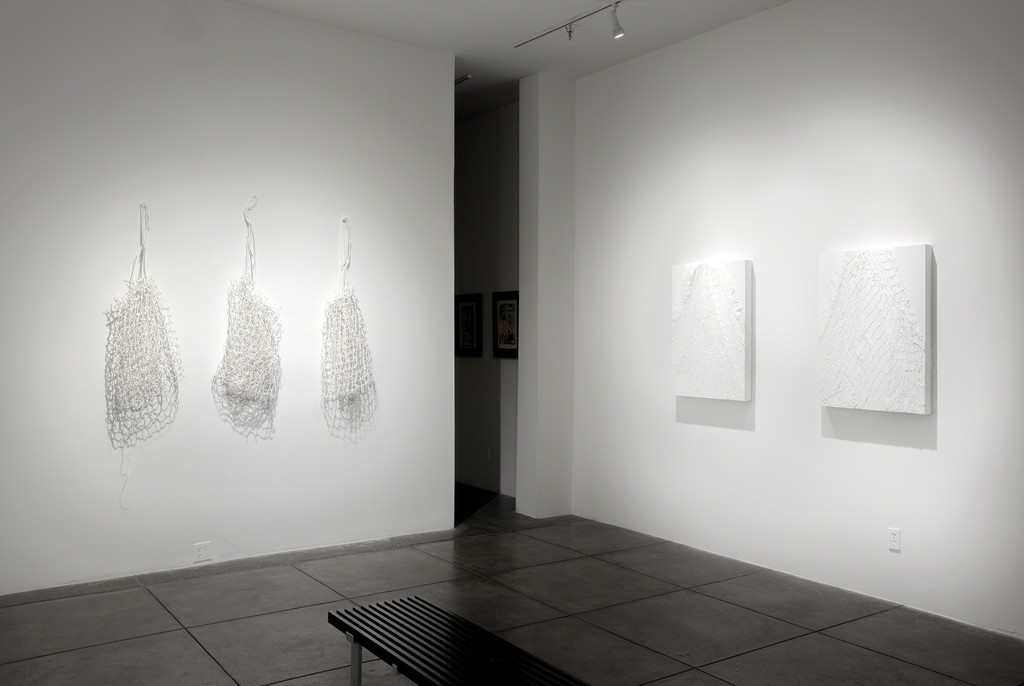 JONATHAN FERRARA GALLERY is pleased to announce Interruption, an exhibition of New Orleans-based artist Sidonie Villere. For her sixth solo exhibition at the gallery, Villere presents mixed media painting and sculpture in her quintessentially all-white, minimalist style. This new body of work marks a departure from her typically ceramic based exhibitions. The exhibition will be on view in the main gallery 31 May and run through 22 July with First Saturday Gallery Openings on 3 June and 1 July from 6-9pm.

Villere speaks on the inspiration for this series . . .

When our flow of thought is interrupted, whether by an interior or exterior force, we go through many possible emotional and conceptual episodes. Whether they help us or hurt us, this work explores the incidents that occur after the interruption.

Curator Dan Cameron, who wrote the essay for the exhibition, elaborates . . .

A commonplace of human experience, this is true in art as much as in any other area of human activity, is that our instinct for adaptation is most keenly felt whenever we expect continuity but instead experience its opposite; and Villere has seized upon uncertainly and discontinuity as a means of vaulting her practice forward.

Sidonie Villere has a BFA in Ceramics from The Newcomb School of Art at Tulane University and an MFA in Ceramics from The University of Massachusetts, Dartmouth. Her work has been exhibited across the United States and Europe and is in permanent collections of several museums including The New Orleans Museum of Art and The Ogden Museum of Southern Art, as well as Saks Fifth Avenue Department Stores in New York, Boston, Phoenix, San Francisco, Beverly Hills and Chicago. She is in numerous private collections including Beth Rudin DeWoody, Roger Ogden, Galila Barzilaï-Hollander and Béatrice Laubscher.

Villere is a multi-faceted artist using self-preservation and its contradictions as a common theme in her work. As a sculptor, her ceramic works often use geology to shape metaphorical self-portraits. As a painter, her ethereal works use a multitude of mediums to achieve layering and subtle depth that produce a painterly effect but maintain a sculptural aesthetic.

She has had solo exhibitions in Miami, Nashville and New Orleans and been featured in numerous group exhibitions in Atlanta, Miami, New York and New Orleans. As a curator, she has organized national ceramic exhibitions in New Orleans and Portland, OR. Additionally, her large-scale works were featured in The P.1 Projects satellite exhibition at the Prospect.1 Biennial Welcome Center in 2008. Villere’s work is also included in the publication, 500 Ceramic Sculptures: Contemporary Practice, Singular Work, by Glen Brown, 2009. In 2011, her work was selected by collector/curator Beth Rudin DeWoody for the January White Sale, an international group exhibition in Chelsea and at Cynthia Volk Gallery New York during Asia Week. In 2015, Villere’s work was exhibited at the VOLTA11 Art Fair in Basel Switzerland, as well as, the Contemporary Arts Center New Orleans for Reverb, a survey of works marking the ten-year anniversary of Hurricane Katrina. In 2016, Villere was featured in EXCHANGE, an international exhibition at Galerie Jochen Hempel, Berlin. Her work has been featured in Architectural Digest, The New York Times and The Art Newspaper, The Times Picayune and The Tennessean.