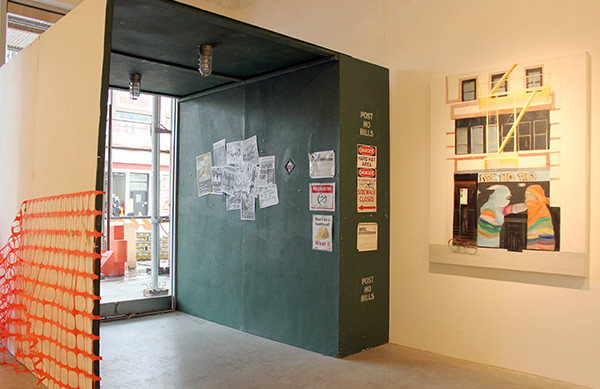 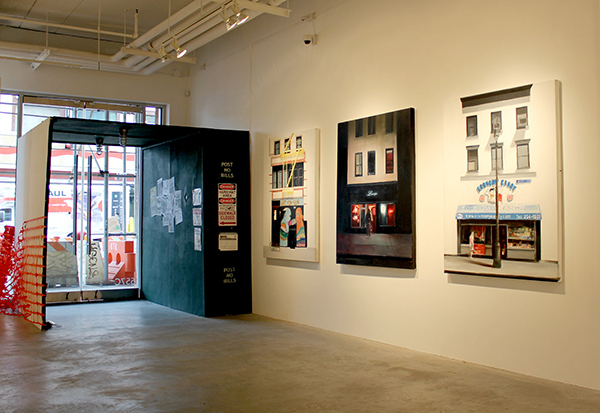 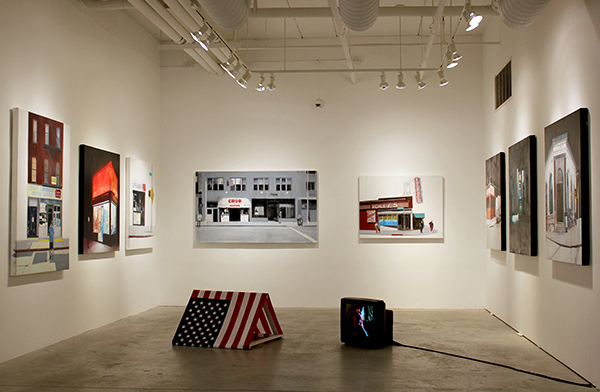 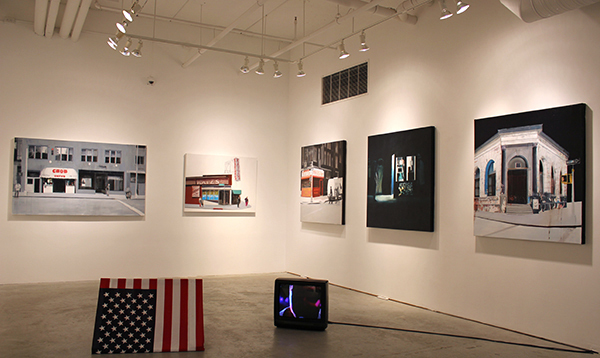 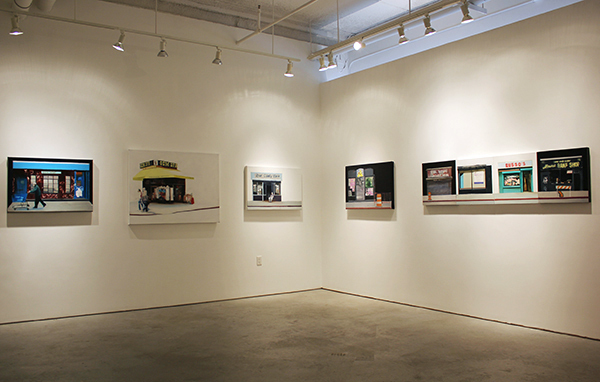 NEW YORK, NY (October 2, 2015) — Jonathan LeVine Gallery is pleased to present This Land Is Not For Sale: Forgotten, Past and Foreseeable Futures, a series of new works by California-based artist Brett Amory in what will be his third solo exhibition at the gallery.

In This Land is Not For Sale: Forgotten, Past and Foreseeable Futures, Jacob Riis meets Edward Hopper. Brett Amory paints a visually gorgeous protest against the transformation of New York's famed Lower East Side into a gentrified wasteland. Amory first earned international critical acclaim for his “Waiting” series: urban settings like London and San Francisco portrayed as lonely abstracted landscapes of vanishing human assertion.

This new series offers viewers an insider's historical road map of East Village radical underground sensibility, from ABC NO RIO and The Nuyorican Poets Cafe to the headquarters of The Catholic Worker, The Pyramid Club and even Moshe's Bakery. Amory not only captures the breathtaking physical presence of these neighborhood landmarks but also movingly conveys the sense of the artist as witness. By delivering a painterly personal testimony and protest against their disappearance, his work is an example of painting as real-time archeological retrieval.

Amory's foremost achievement in paintings, drawings and installations, has been to document evolving personal, existential and political credo into masterfully rendered, esthetically transcendent works of fine art with broad cosmopolitan appeal. In This Land Is Not For Sale he gives his most pointed evidence yet of his urgent need to merge his personal and social consciousness with the unsparing esthetic demands of his art.

In conjunction with the exhibition, Amory will install a faux construction site underpass leading to the gallery to parody the constant sledgehammering of gentrification. The show will also include the documentary 'Captured', the story of LES legendary photographer Clayton Patterson, as well as a display of LES posters and other neighborhood marginalia.

On October 20th, 2015 at 6:30pm the gallery is pleased to host This Land is Not For Sale: A Panel Discussion on the Gentrification of the Lower East Side. This event is free and open to the public. Please contact the gallery for more details.

ABOUT THE ARTIST
Brett Amory was born in 1975 in Chesapeake, Virginia and is currently based in Oakland, California. In 2005, Amory received a BFA from Academy of Arts University in San Francisco. Amory’s work has been exhibited in galleries in Los Angeles, San Francisco, London and New York. In 2012, The San Francisco Bay Guardian named him artist of the year with a cover story. He has also been featured in publications such as The Huffington Post and New American Paintings.