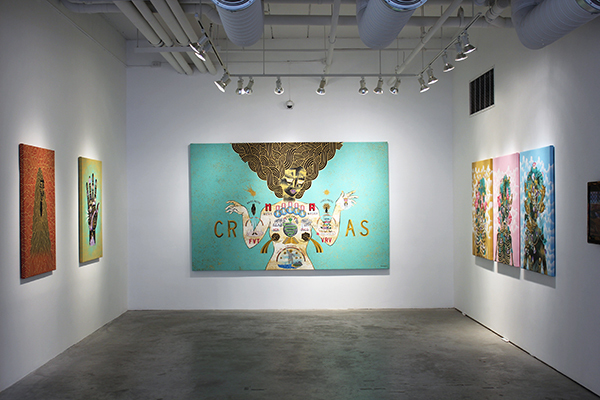 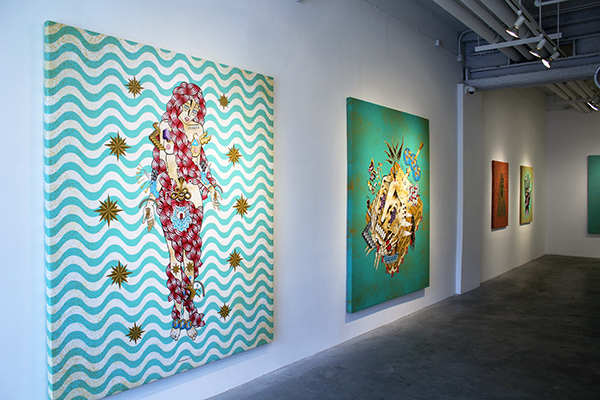 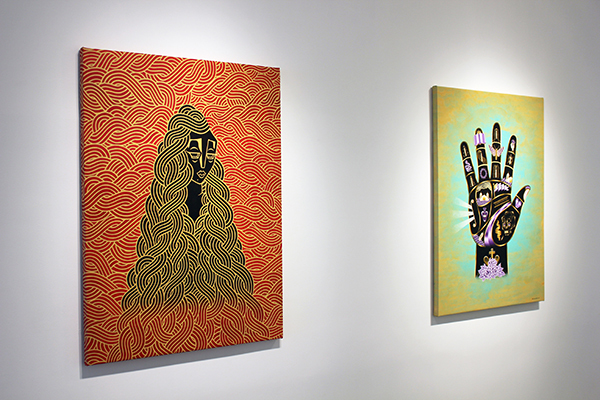 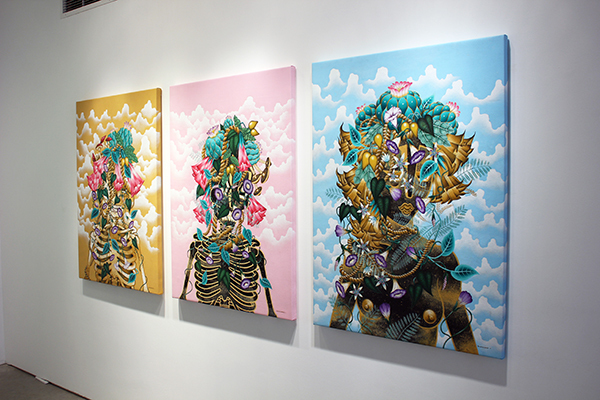 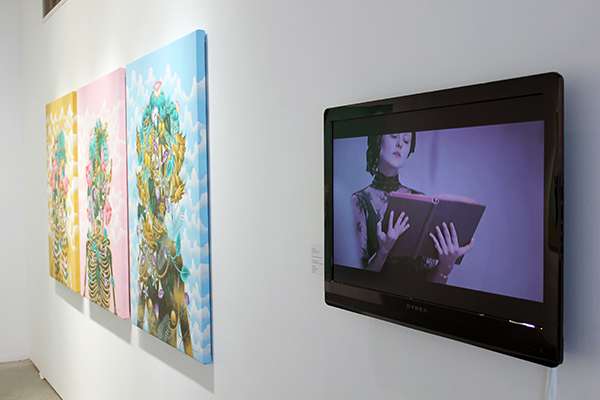 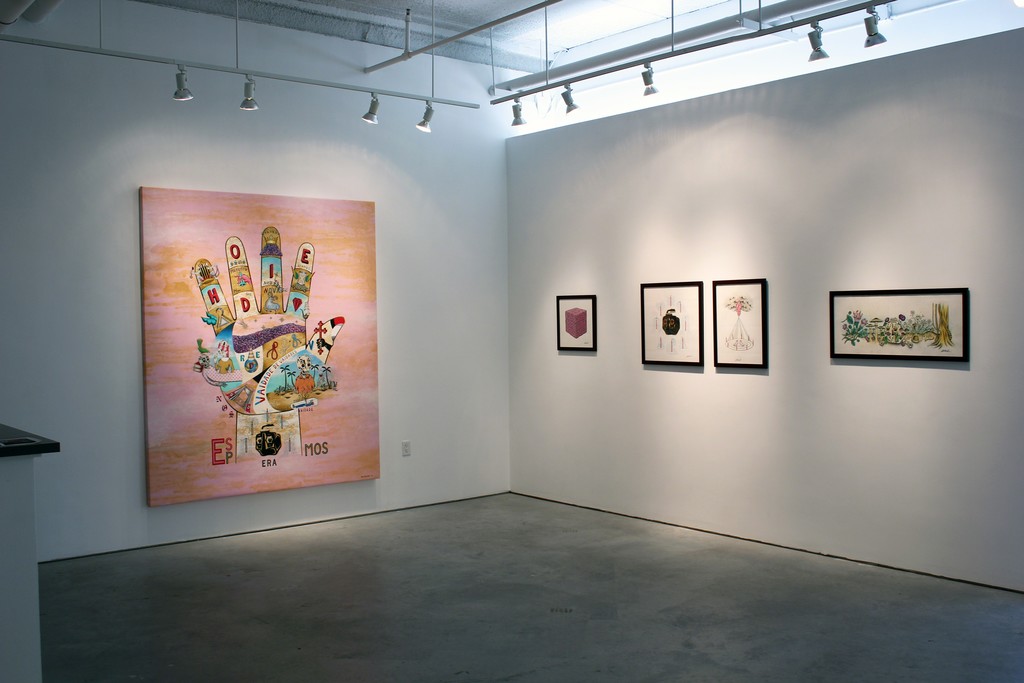 At first glance, Doitschinoff’s work appears to be a visual narrative infused with religious and esoteric references but closer examination reveals a process of appropriation and re-signification. He uses recognizable religious icons such as the altar, the procession and anthropomorphic characters but removes all mystic and ideological content, appropriating the imagery and adding contemporary symbols created from personal reflection and observation. In Three-Planet Lifestyle, sinking boats full of books, moons studded with flags and collapsing skyscrapers allude to the rupture of a strict system and the consequences of unintentional actions.

For this series of paintings, drawings and sculptures, Doitschinoff was inspired by the teachings of Estonian writer and activist Kalle Lasn. As the founder and editor of Ad Busters, a publication dedicated to advance a new social activist movement for the information age, Lasn blames consumer culture for transforming humanity into a selfish species on the verge of ecological crisis. In 2006, the World Wildlife Fund confirmed his concerns in the Living Planet Report, outlining how mankind will need at least two planets’ worth of resources by 2050.

Multiple pieces carry the artists signature inscription, ‘CRAS’, referring to the human habit of procrastination. Doitschinoff states, “The clearest symptom of our time is procrastination and the strange idea that the future will fix itself. Since the complexity of environmental issues is so massive, society would rather deal with everyday tasks. Recycling, pedaling bikes and buying fair trade is only creating a falsely optimistic future and being used as a balm to alleviate individual guilt. While we tidy up our drawers and do the dishes – inside the house is on fire”