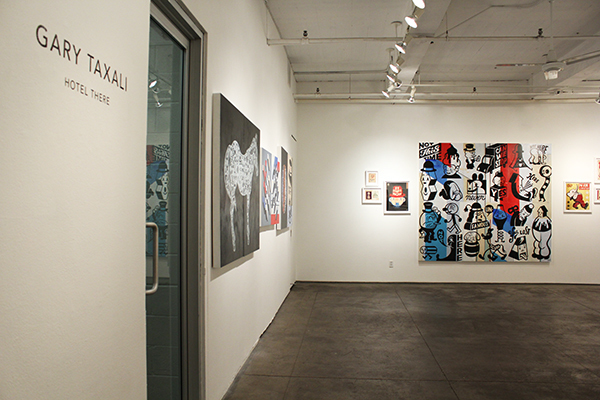 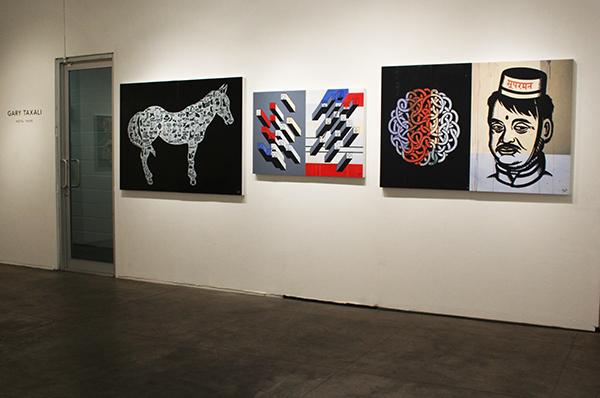 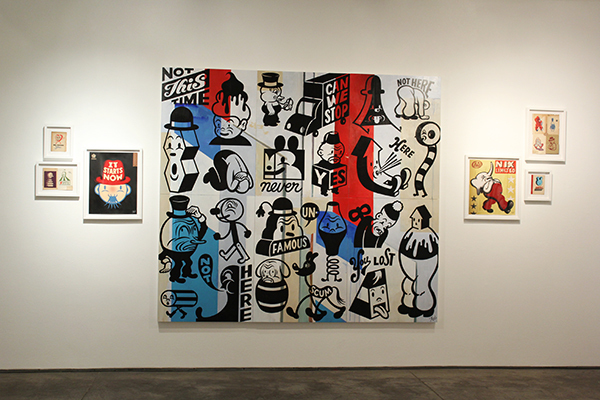 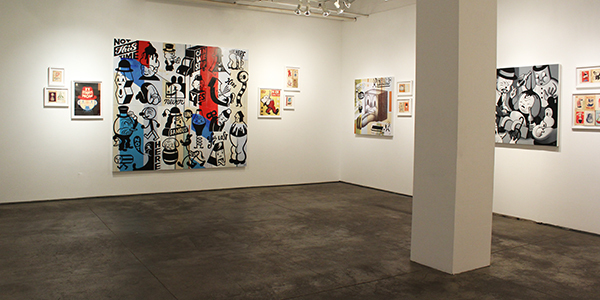 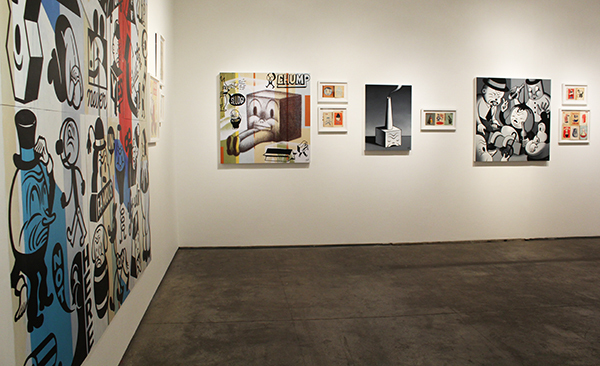 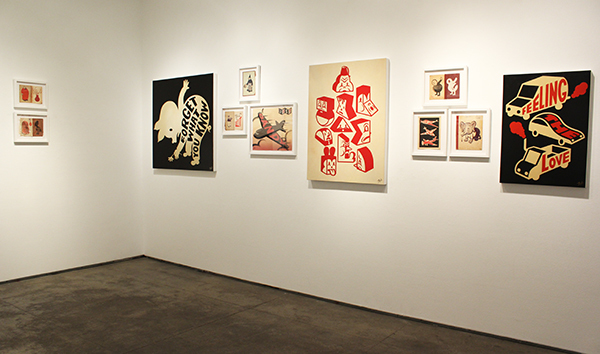 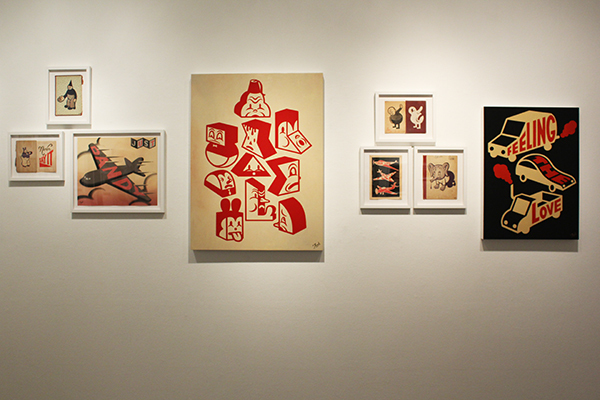 Jonathan LeVine Gallery is pleased to present Hotel There, a series of new works by Toronto-based artist Gary Taxali in what will be his third solo exhibition at the gallery.

Described as “reinvented pop art,” Taxali’s vintage-inspired characters and hand-drawn typography are internationally recognized. With an aesthetic influenced by Depression-era graphics and printed ephemera, such as comics and advertising, his multidisciplinary technique results in colorful compositions with an outpouring of social commentary. Following the success of his first career retrospective in Ontario, Taxali returns to the gallery with thirty new works inspired by his travels.

Taxali has always had a fascination with time and self-awareness, specifically the ability to consciously live in the present. In Hotel There, he aims to capture those concepts by delving into themes of love, isolation, hope, relationship follies, pain and happiness. Taxali describes his inspiration for this new series by stating the following:

“In the last 18 months I have visited Asia three times (China twice, India once), and the long journeys to these faraway places have impacted me artistically. The works in this exhibition harken (either literally or conceptually) to moments of fear, isolation, excitement, and cultural divides that I experienced. Airport gates and hotels are somber reminders of this. We are simultaneously connected and divided. That is, the sameness of the human condition is underscored by its overt differences. From a human standpoint we are all one, but from a place of self-reflection, travelling is not only a futile reprieve from the present moment, it’s a vehicle of awareness to our own, unique selves. In this way, there is no “there” because everywhere is “here”. Yet we persevere because we all know on some level the journey is not to a location, it’s to us. Life’s purpose is self-knowledge, and the voyage its vessel. ‘Hotel There’ awaits your check-in."

ABOUT THE ARTIST
Gary Taxali was born in Chandigarh, India and raised in Toronto, Canada. In 1991, he graduated from Ontario College of Art and Design University (OCAD). Taxali is an award winning illustrator and his fine artwork has been exhibited in galleries in the United States and Europe as well as museums, such as the Whitney Museum of American Art and the Contemporary Art Museum in Rome. In 2011, two books of his work were released: Mono Taxali, published by 279 Editions, and I Love You, OK?, published by teNeues. In 2012, The Royal Canadian Mint released a special edition of six 25¢ coins which feature Taxali’s artwork and typography. In 2015, Gary Taxali: The Art of Whimsy, a short film documenting the artist in his studio, premiered at the Canadian Art Film Festival. That same year he had his first major retrospective exhibition, Here and Now: The Art of Gary Taxali, at Idea Exchange in Ontario, Canada.

ABOUT JONATHAN LEVINE GALLERY
Jonathan LeVine Gallery is committed to new and cutting edge art. Our roots go back to 1995, when Jonathan’s life-long participation in punk and underground music grew into a curatorial experiment with the visual culture that surrounded him. We moved to Chelsea in 2005, with an eye towards honoring and connecting with the history and context of Post War art. We contribute to the dialogue by challenging the conventions of the canon – exploring the terrain of the high/low and everything in between. Jonathan LeVine Gallery is located at 529 West 20th Street and 557C West 23rd Street, New York, NY 10011. For further information, please visit: www.jonathanlevinegallery.com, email: [email protected] or call: 212.243.3822.