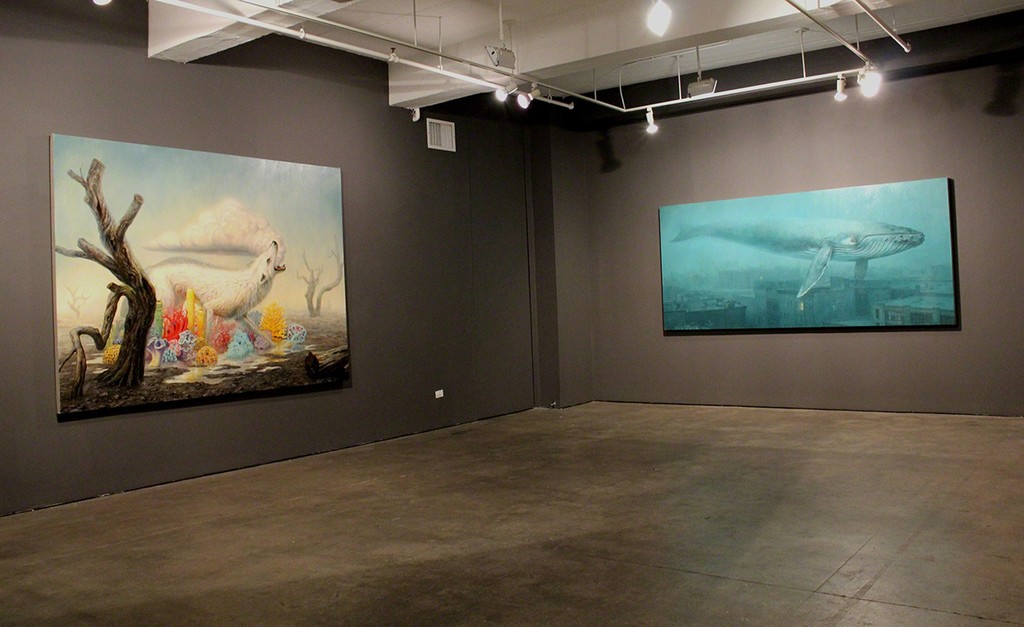 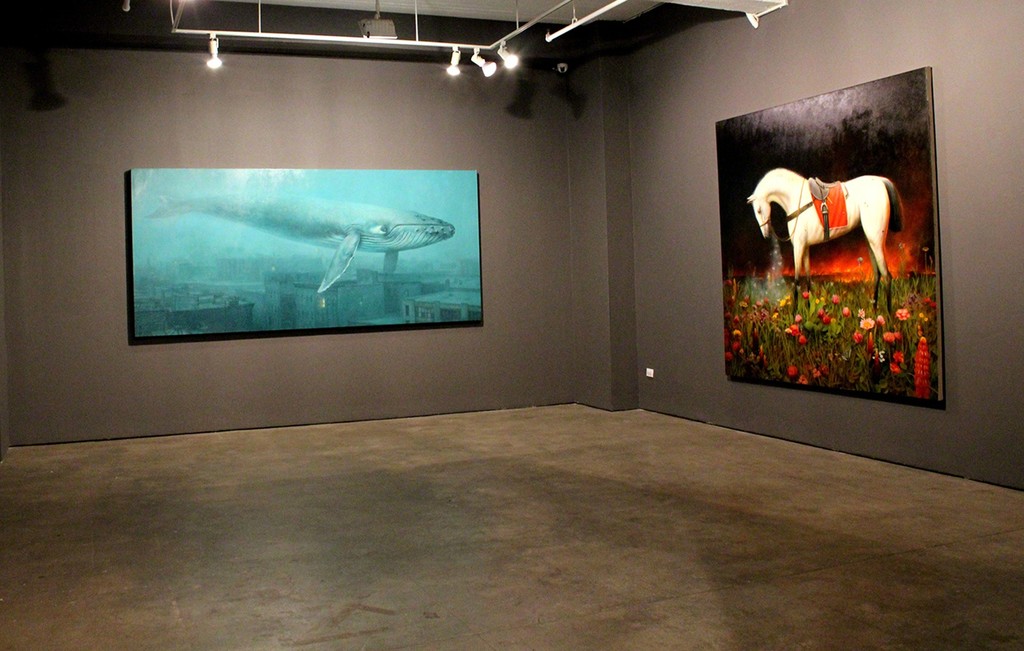 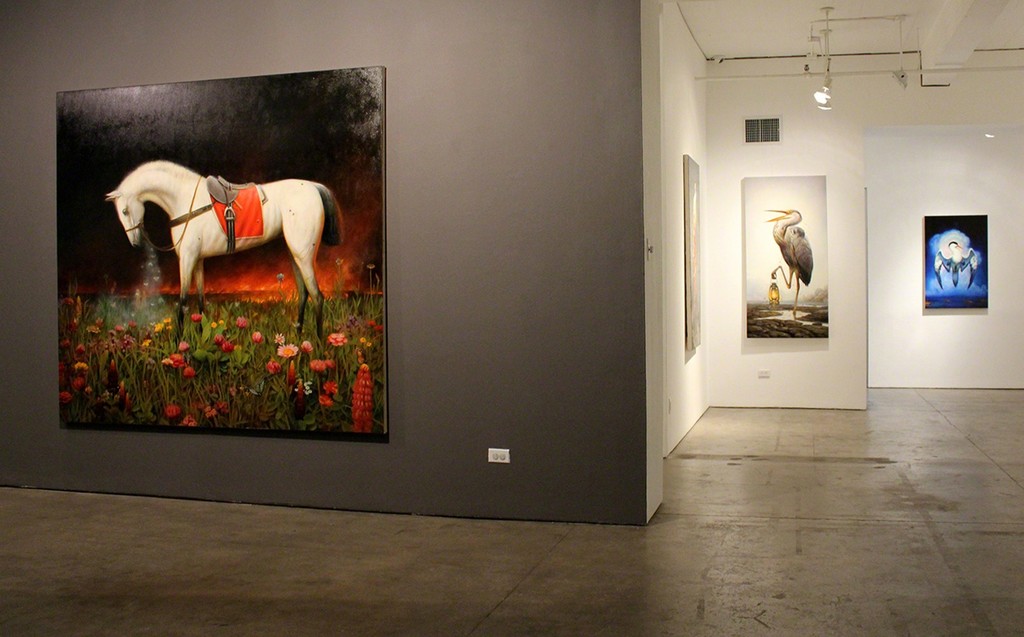 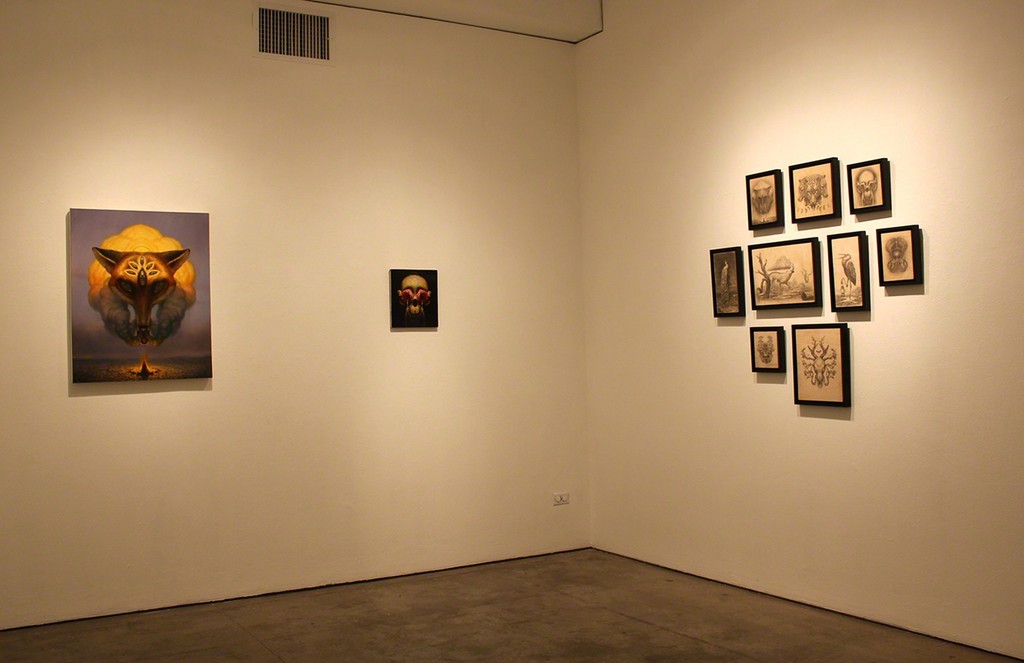 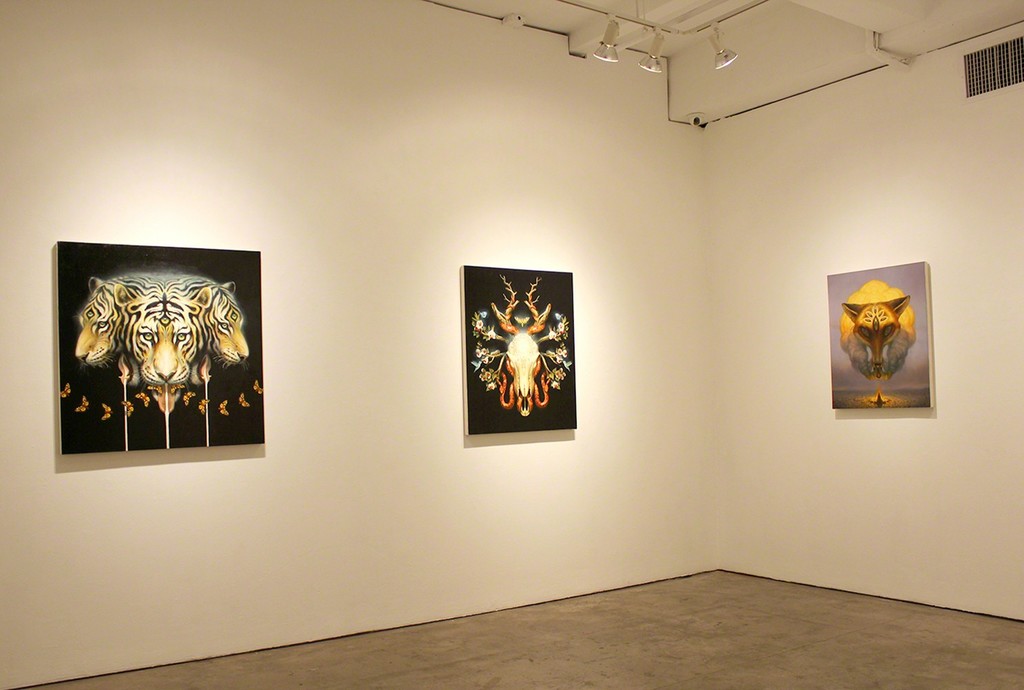 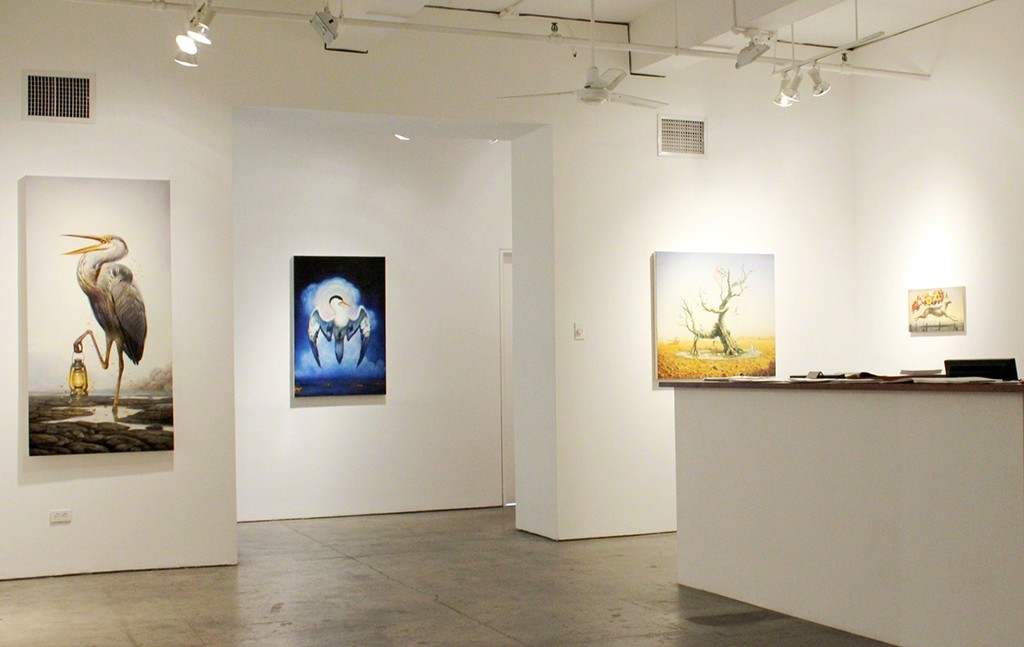 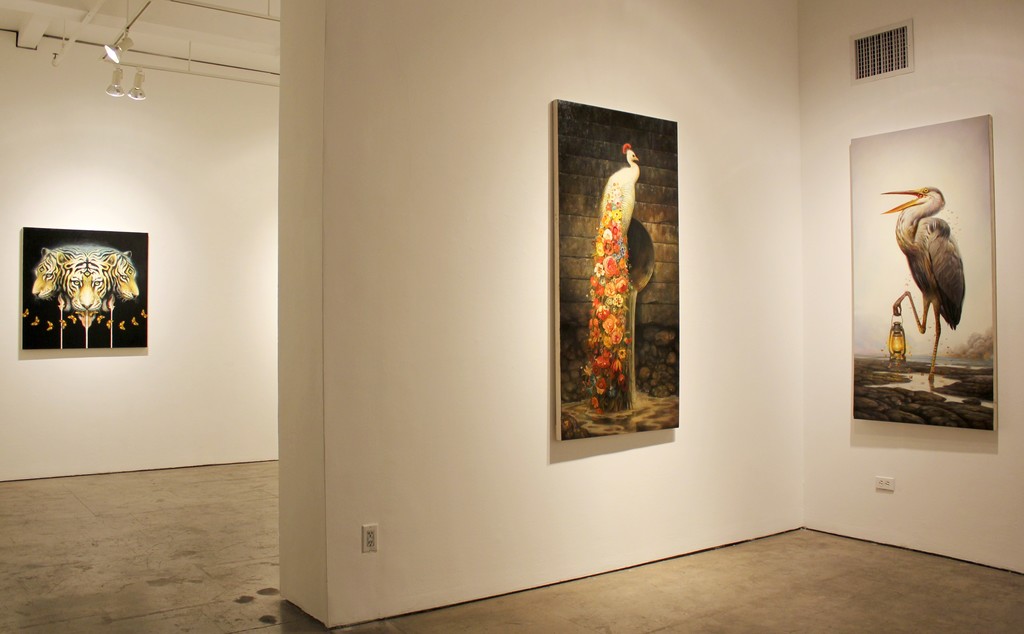 NEW YORK, NY (September 17, 2015) — Jonathan LeVine Gallery is pleased to present Offering, a series of new oil paintings by New York-based artist Martin Wittfooth in what will be his debut solo exhibition at the gallery.

In Wittfooth’s allegorical narratives, animals roam a dystopian world void of human life with the remnants of industrialized society in a state of devastation. Fires rage and oceans surge but despite the destruction, his creatures radiate and evoke a sentiment of oneness. Where they exist life flourishes and the animals in this sense are the life-givers.

The works in Offering explore the theme of shamanism and its current revitalization around the world. Wittfooth delves into the notion that the rediscovery of shamanistic practices, such as reaching an altered state of consciousness, is peeling away our egos and materialistic obsessions and encouraging a connection with nature and to each other.

The artist explains, “The great challenges of our time primarily stem from the repression, predetermined delineation of consciousness and the myriad of other ways by which our materialistic culture has lost its connection with the natural world…The reemergence of shamanism appears to be having a great impact on consciousness around the globe by severing individuals’ attachments to the ego-driven, ideology-based, monotheistic modality that has shaped so much of the human enterprise over the past millennia.”