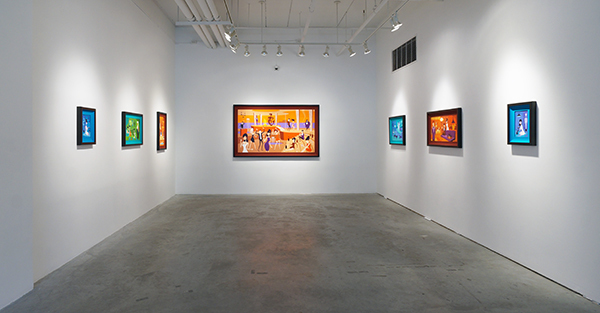 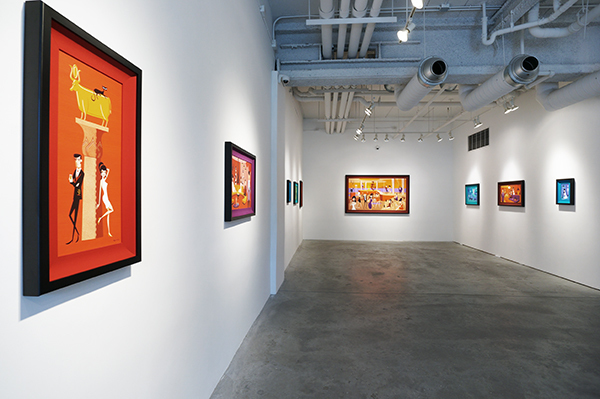 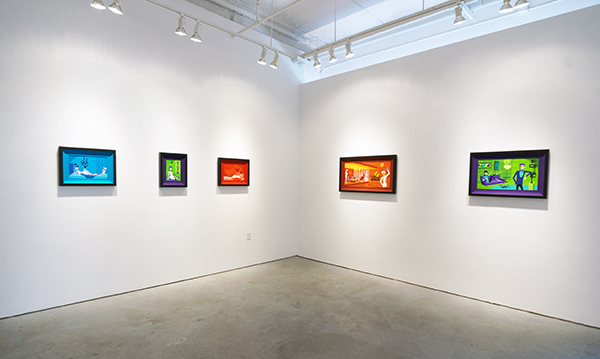 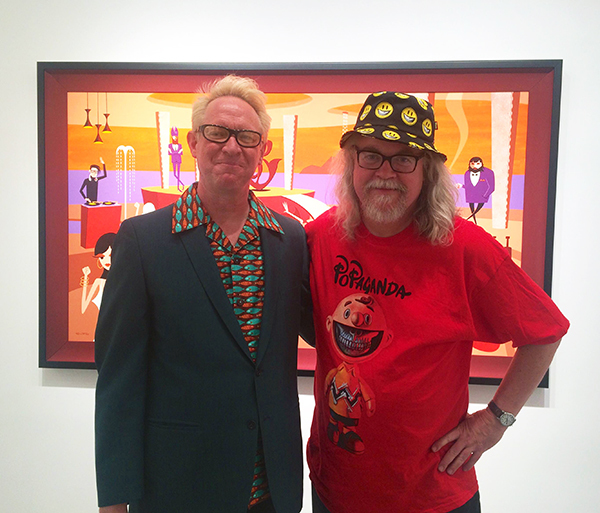 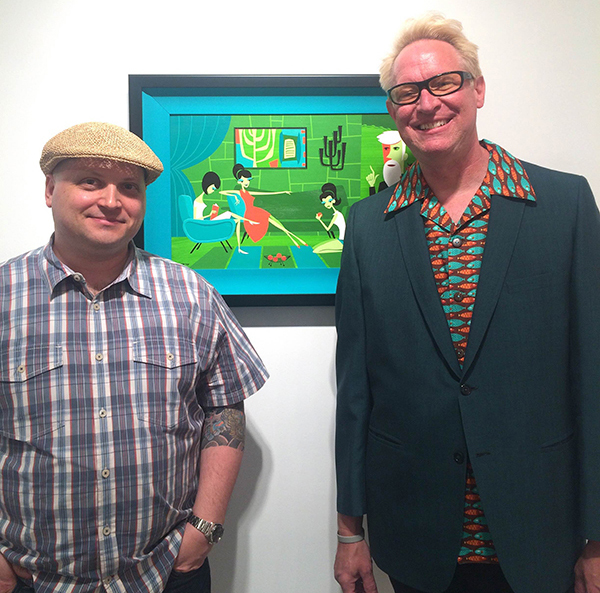 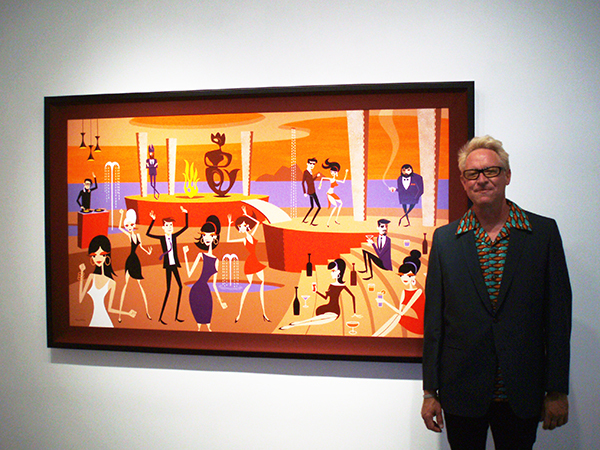 With a distinct style influenced by mid-century modern design, Agle paints with a keen attention to figure and form. Depicting stylized subjects in affluent settings he invites viewers into a playful yet satirical world, confronting themes of fame, youth, revelry and excess. With a paradoxical central narrative influenced by Biblical stories, All My Bones epitomizes the artist’s retro aesthetic and expands upon his sophisticated iconography.

Rendered with vividly saturated colors, crisp shapes and fluid line work, Agle’s works sardonically look at consumption and consumerism. His extravagant subjects are surrounded by lavish architecture, fashion and furnishings but are apathetic toward their opulence, predominately portrayed as expressionless and emotionally detached.

The pieces in All My Bones were inspired by a book of Old Testament stories Agle had as a child. He recalls, “What seemed like straightforward morality plays told in simple language and pictures meant for children turned out to be complex, grotesque and ethically confusing stories when I read them in the Bible as I got older.” In this series demonic characters, blazing flames and kingly lions are placed within the hedonistic atmosphere of a Shag painting with the goal of reinterpreting these fables in such a way that will keep the imagery as morally ambiguous as the source material.