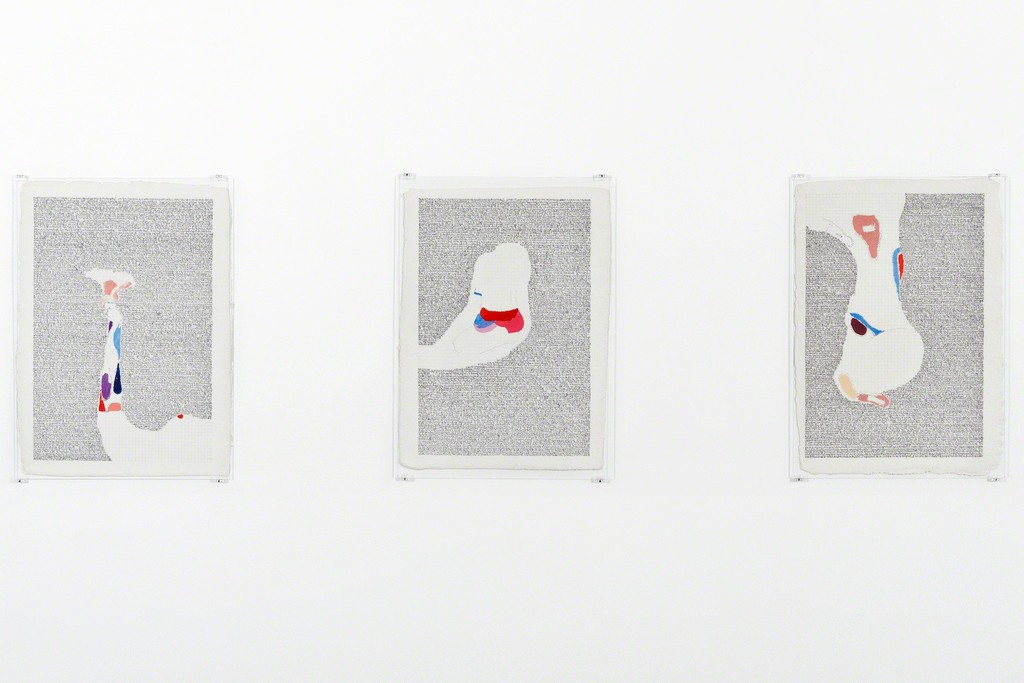 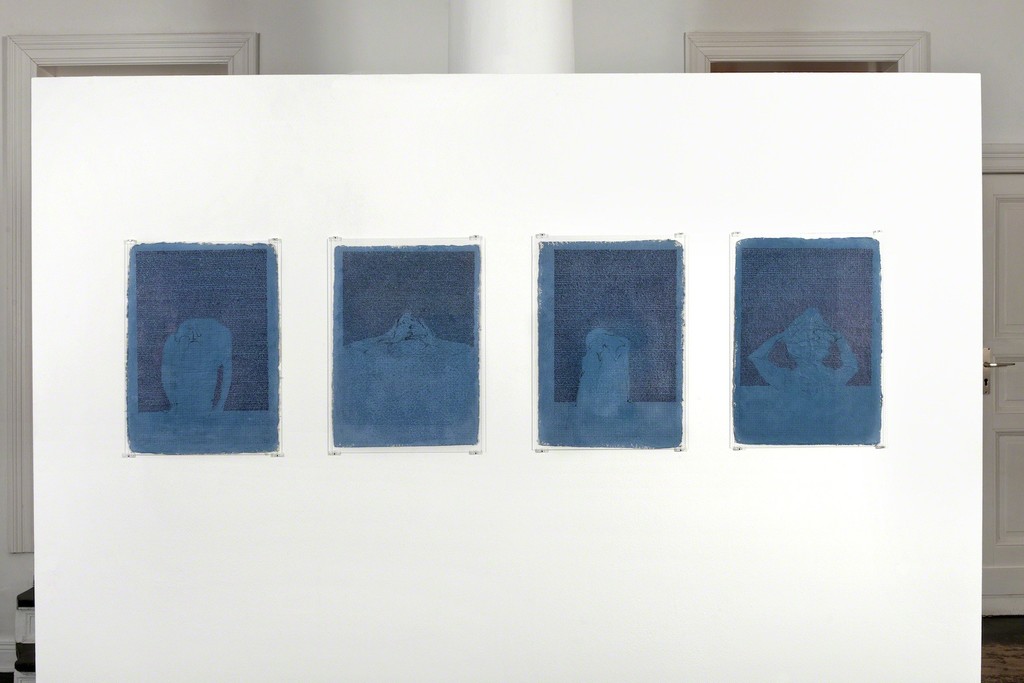 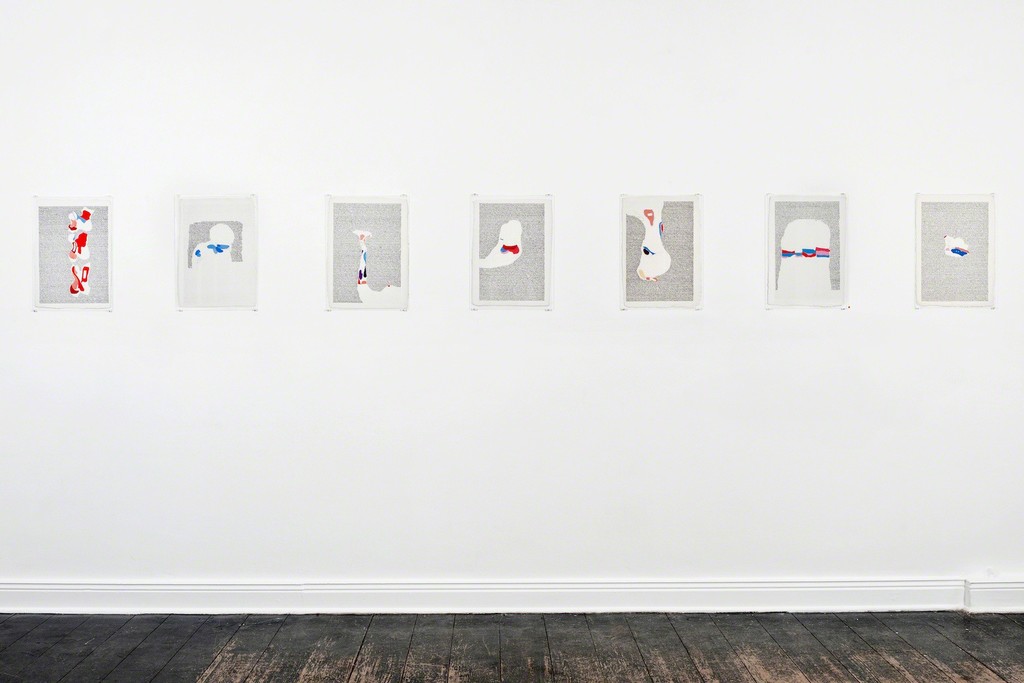 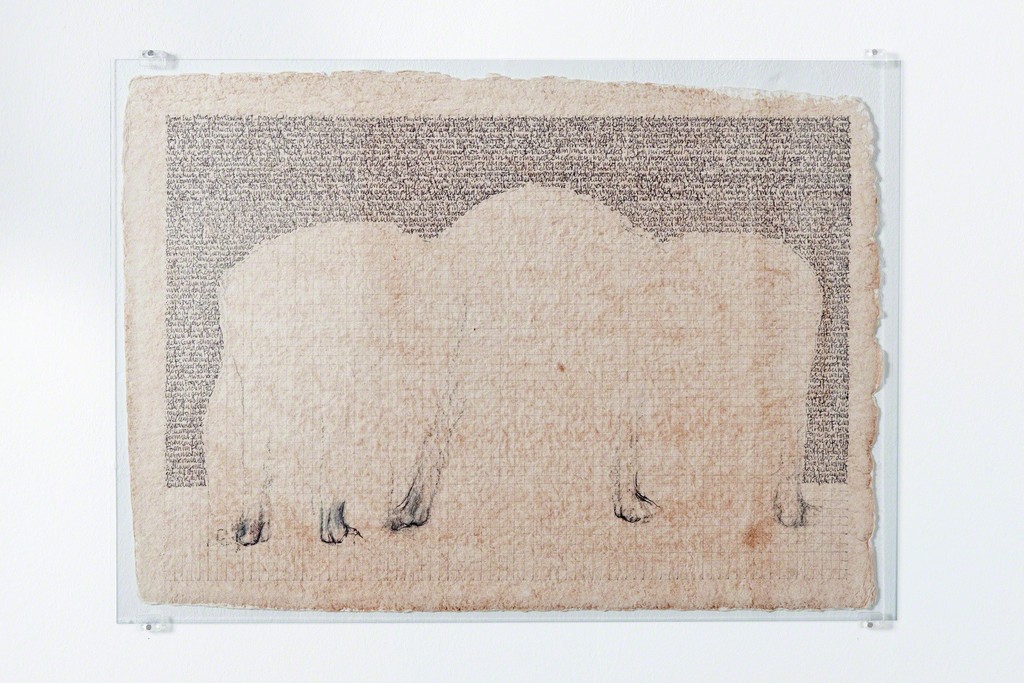 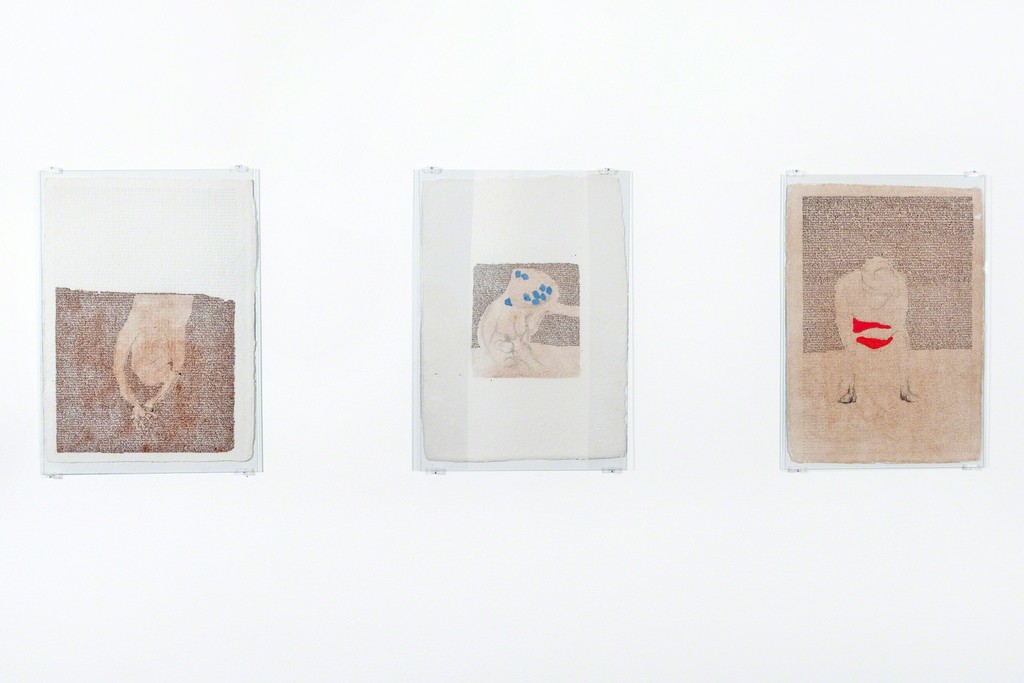 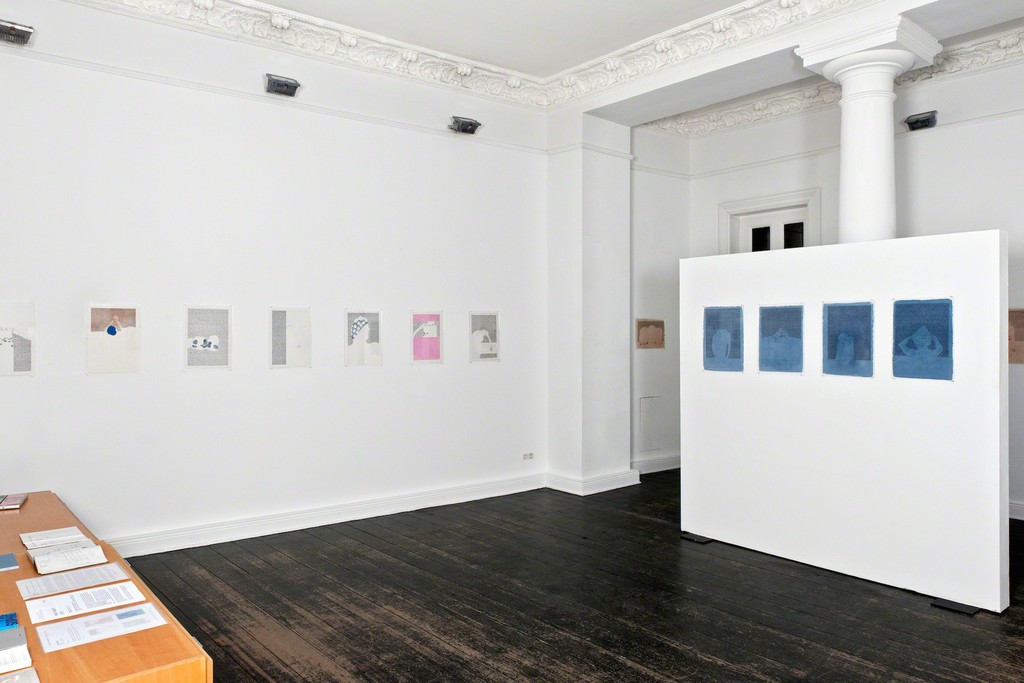 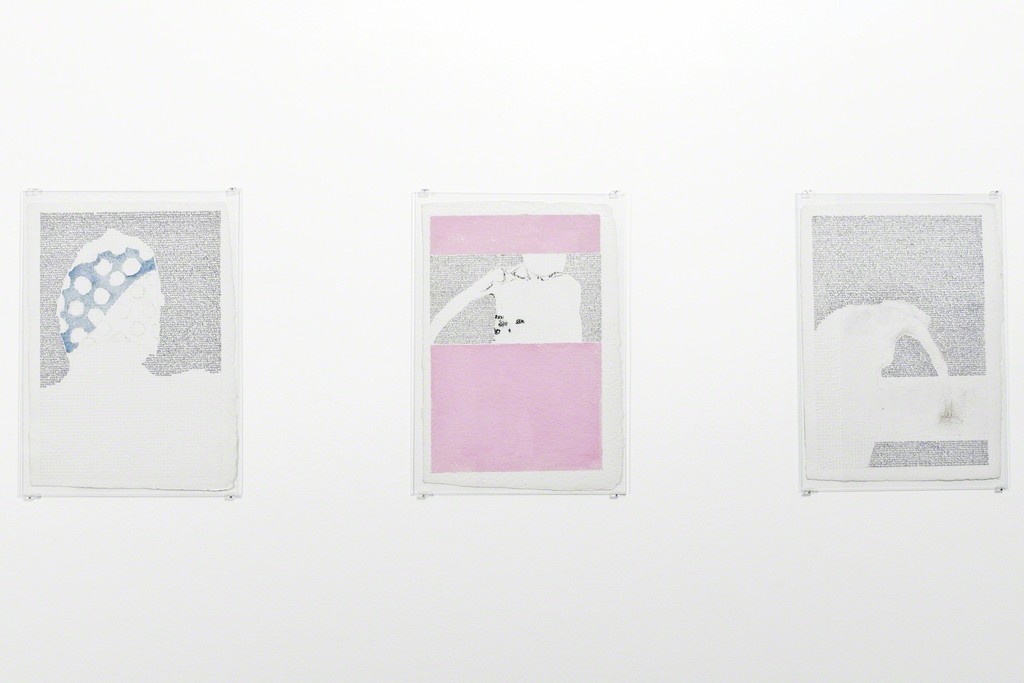 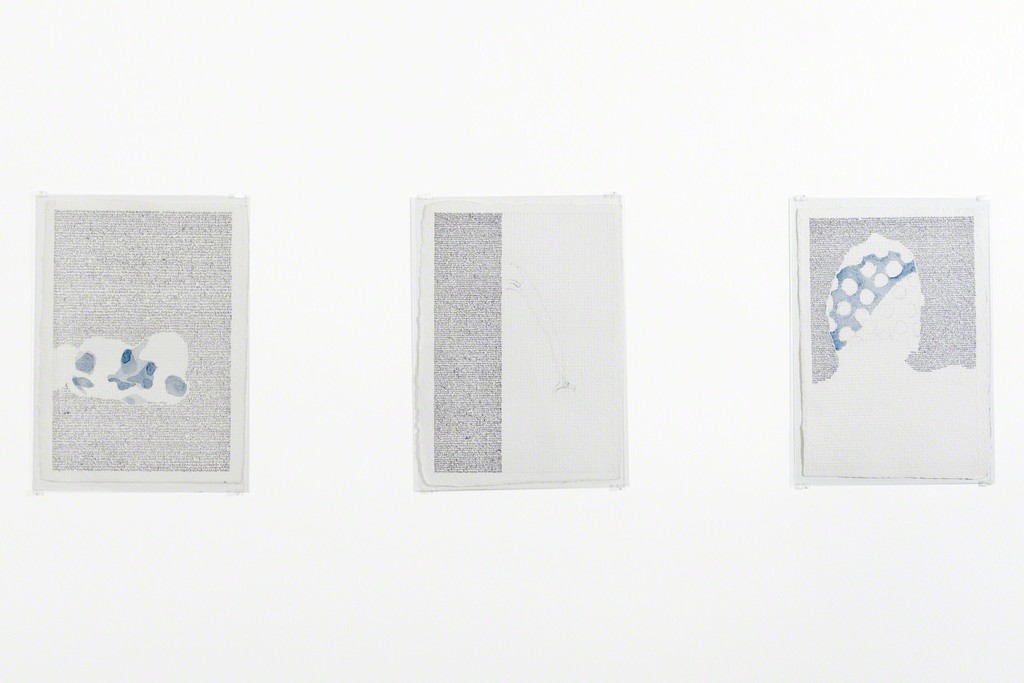 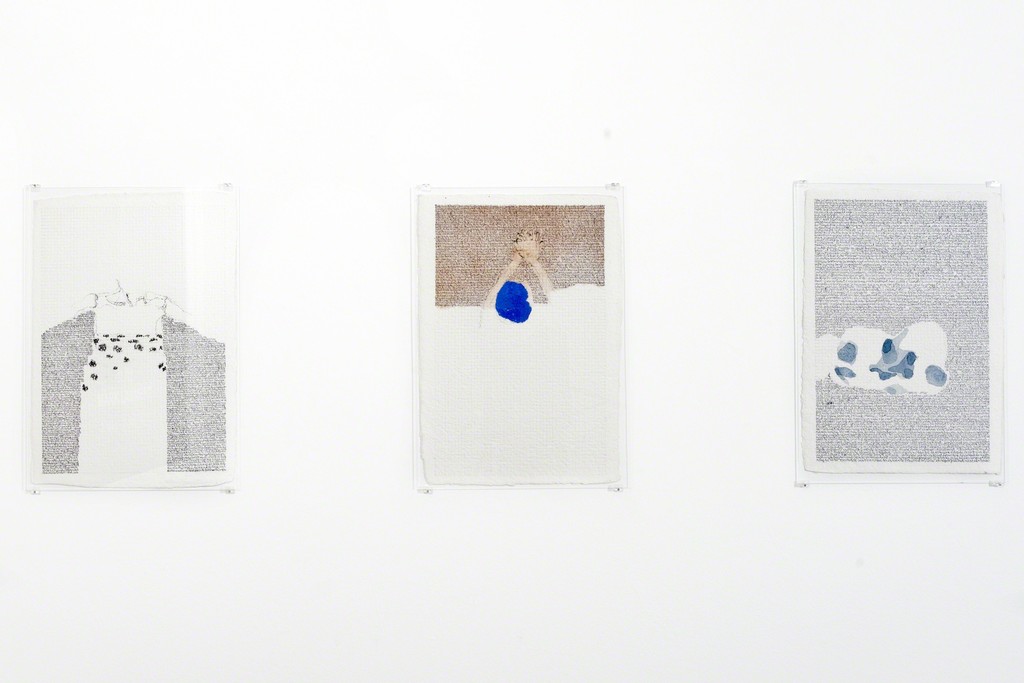 With around 40 new works on paper by Mark Lammert, the exhibition ‘dt./frz.’ carries on from his previous exhibition ‘Schriftarbeiten’ also held at Galerie Jordan/Seydoux in 2014.

With his current series of written drawings being presented for the first time, Lammert continues his work on the series entitled ‘Risse’ (Cracks), which is the result of meticulous work with writing.

His starting point is a conversation between the two French philosophers Alain Badiou and Jean-Luc Nancy, that Jan Völker from the Berlin University of Arts had published in both German and French in 2017. In the dialogue, the two philosophers address German traditions of thought with regard to the philosophers Kant, Hegel, Heidegger and Adorno, and also poses the question of the meaning of and the end of philosophy.

In Lammert's work, these German and French texts are condensed into textures that have been made into a pictorial form, which push narrowly written notations and excerpts across the page. Such a form of recording is reminiscent of the practice of medieval writing rooms in monasteries (scriptoria), in which texts were copied and reproduced again and again, an all but meditative process.

Recesses within the blocks of text release forms and figures that give rise to the image in the literal suppression of the writing, while conversely, the script, with its frayed out counter-movement, maps out the drawn figure.
Questions of composition, arrangement of materials and methods of division are presented in all of Lammert's complex works - in his paintings and drawings, and also his stage designs, which were initially created in close collaboration with Heiner Müller. In ‘Risse’, the boundless combinations of text and emergent image result not only from an act of selection, but also from an act of resistance.

Mark Lammert (born 1960 in Berlin, Germany, where he lives and works) has been Professor for Painting and Drawing in the Berlin University of the Arts since 2011, and a member of the Academy of Art since 2015. In addition to works of painting, drawing and graphics, he has created numerous stage designs in collaboration with Heiner Müller, Jean Jourdheuil and Dimiter Gotscheff. Lammerts work is in various public and private collections, among those are the Kupferstichkabinett (Museum for Print and Drawing) of the Prussian Cultural Heritage Foundation Berlin, the art collection of the German Bundestag, Berlin, the State Art Collection, Dresden, the Deutsche Bank Collection, Frankfurt / Main, The Collection Ann and Werner Kamarsky, New York, and the FNAC, Fond national d'art contemporain, Paris.