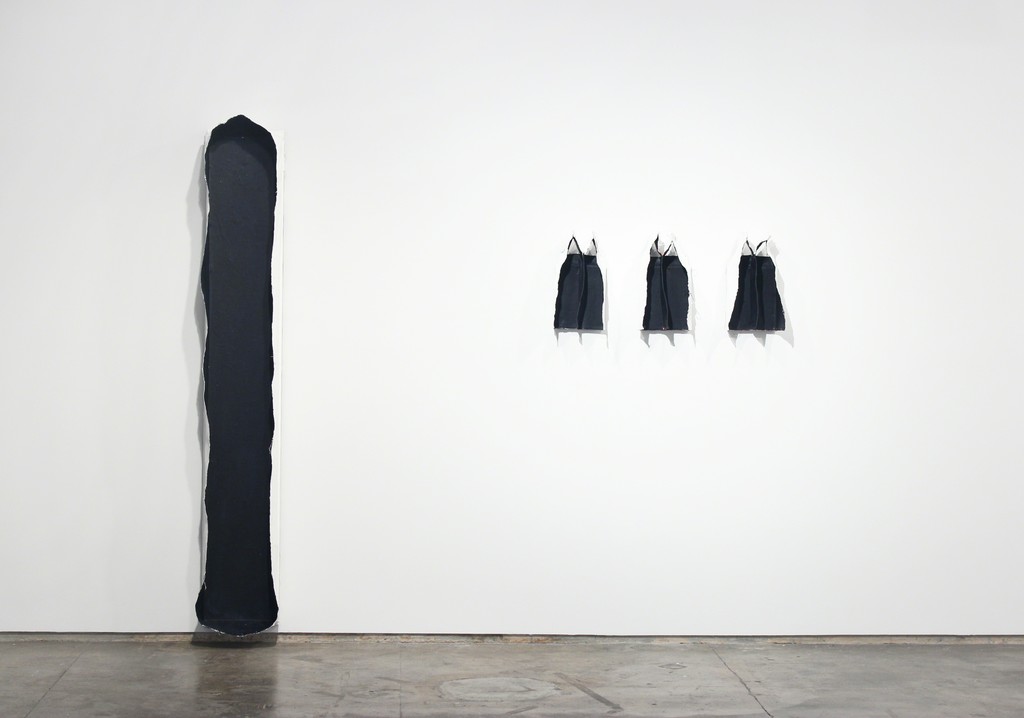 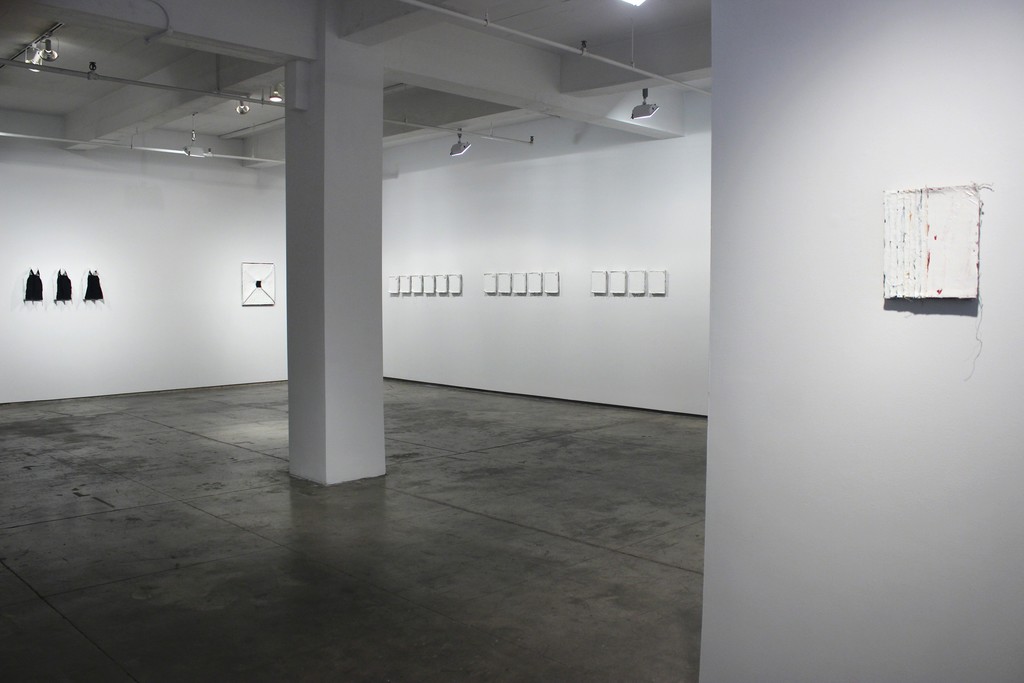 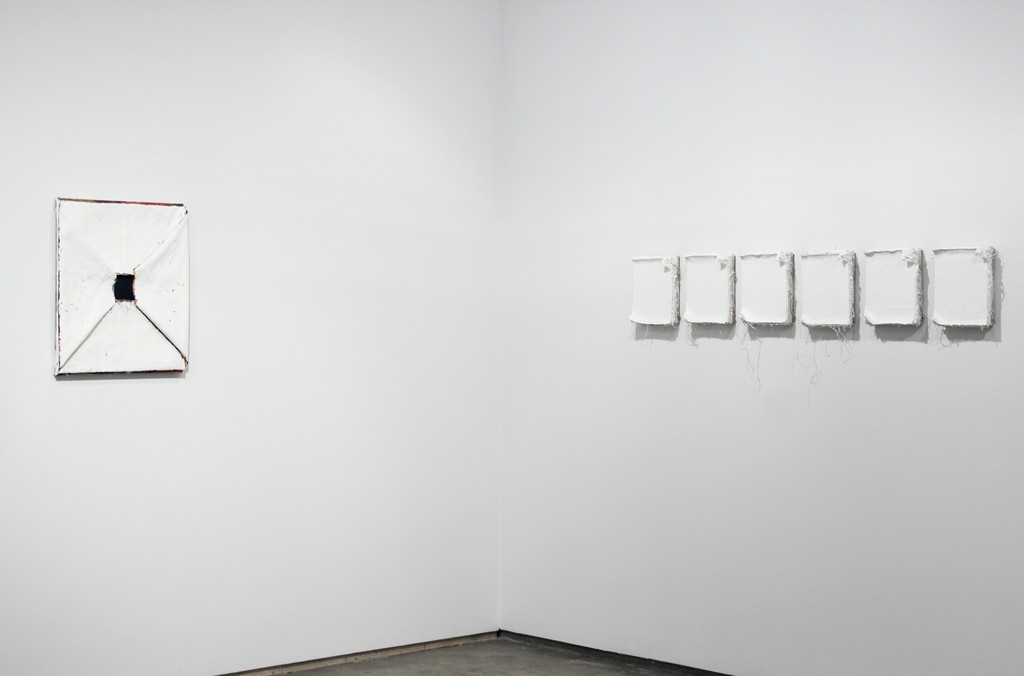 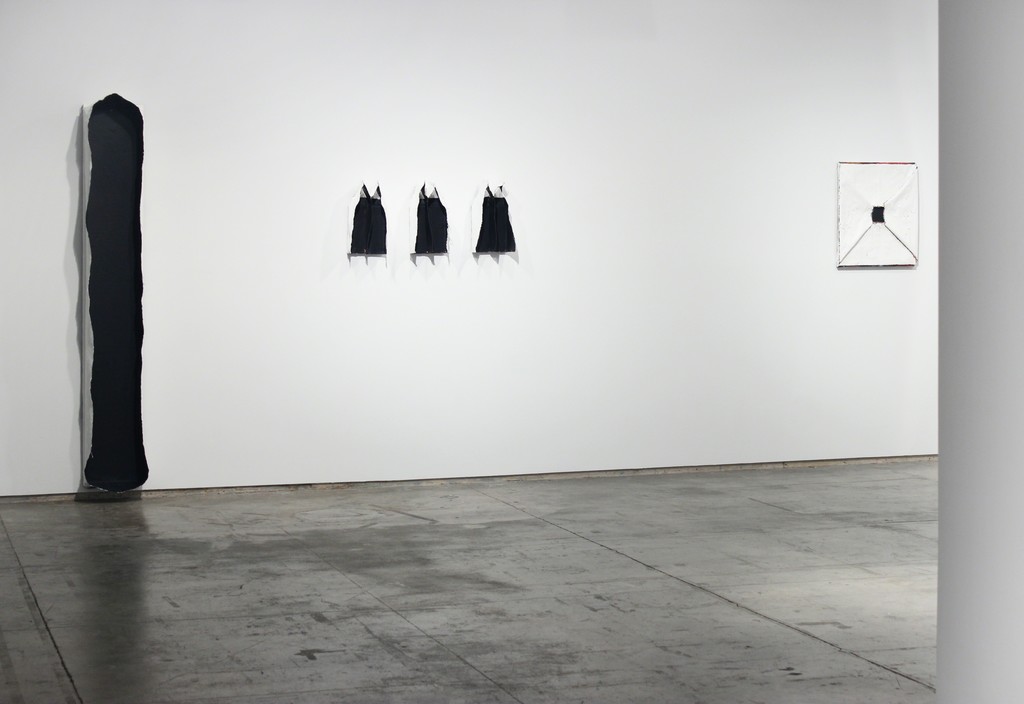 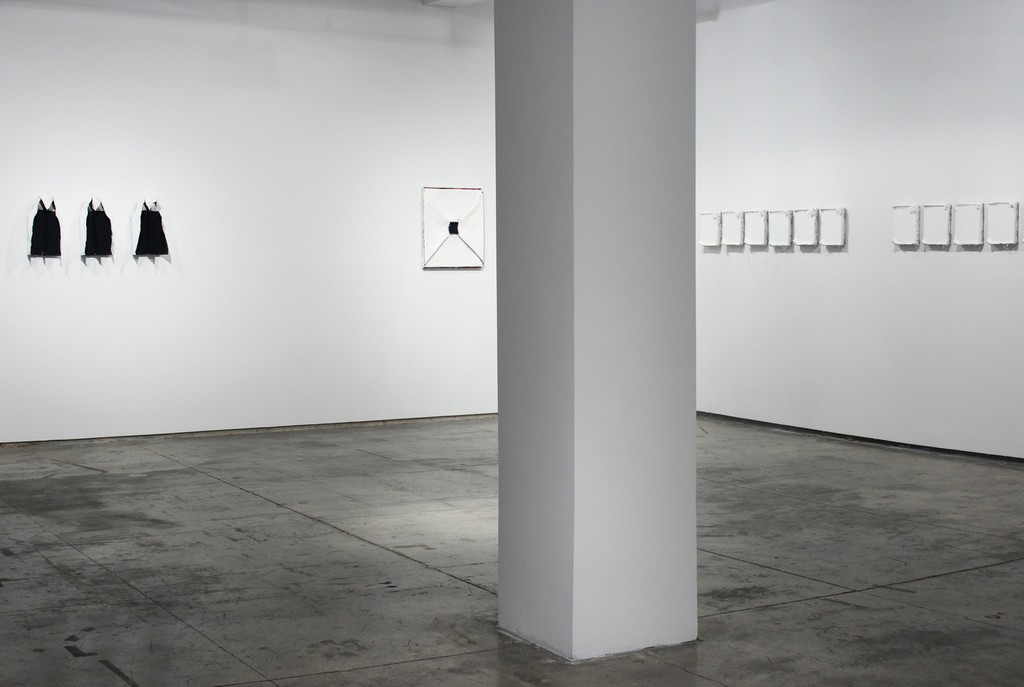 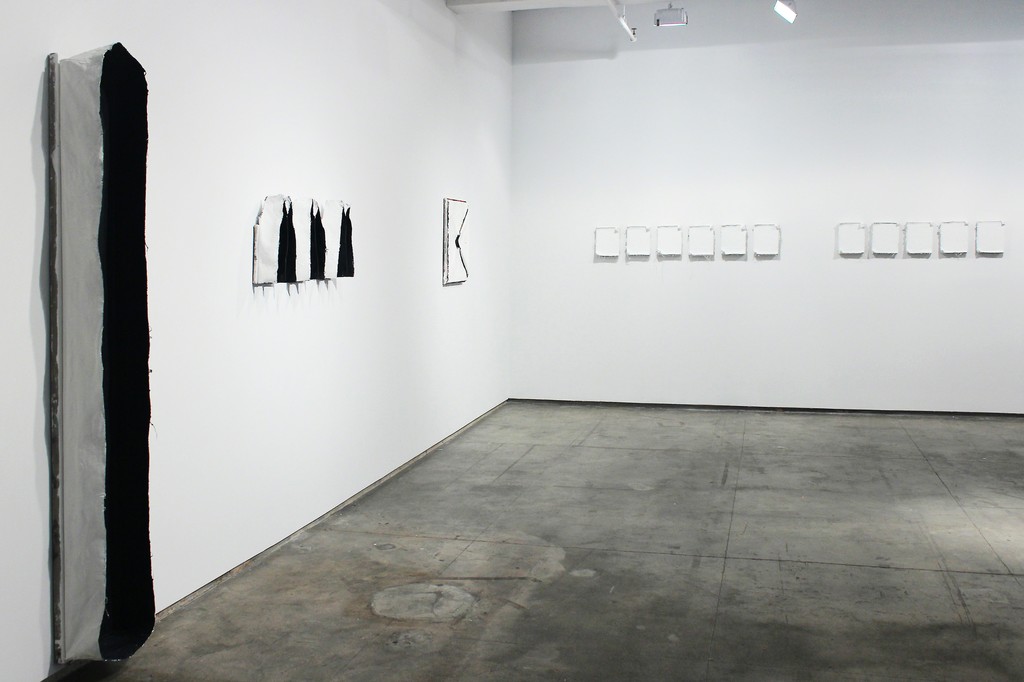 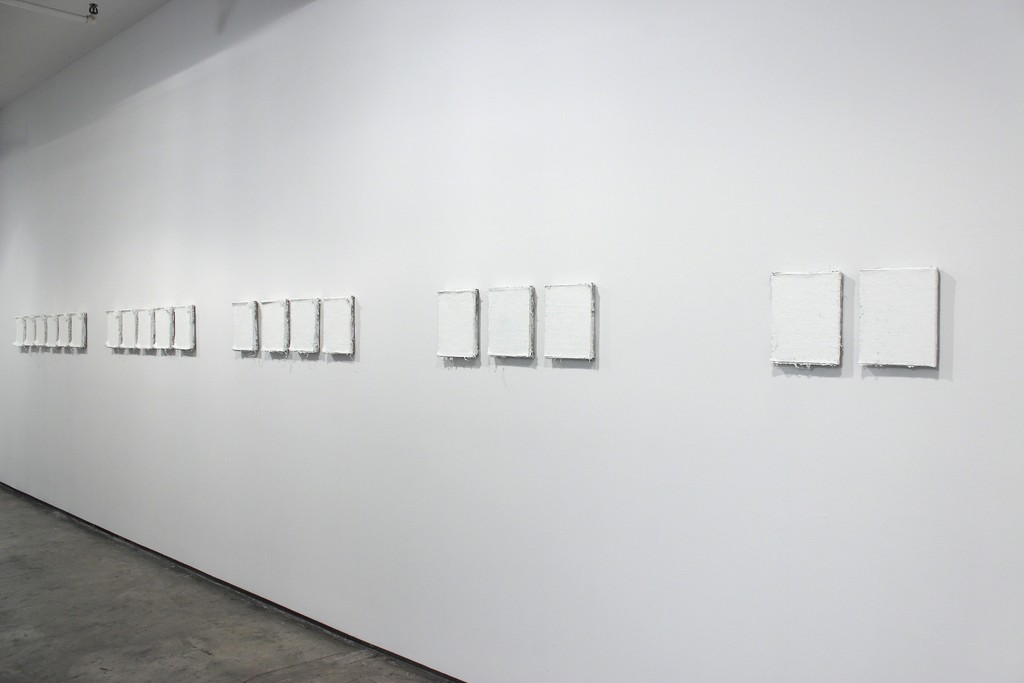 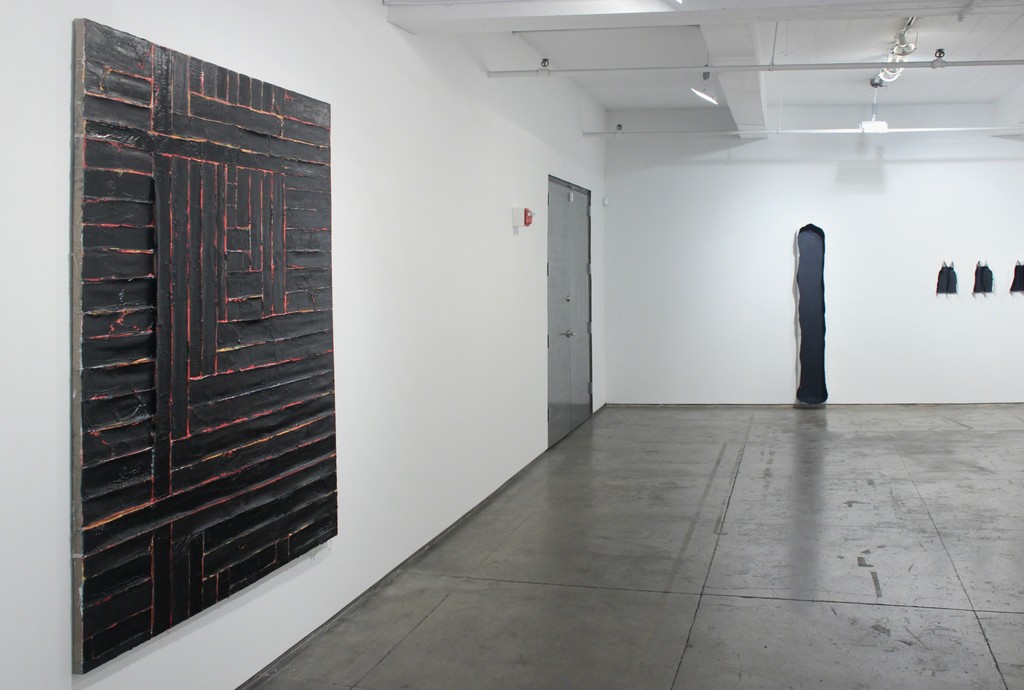 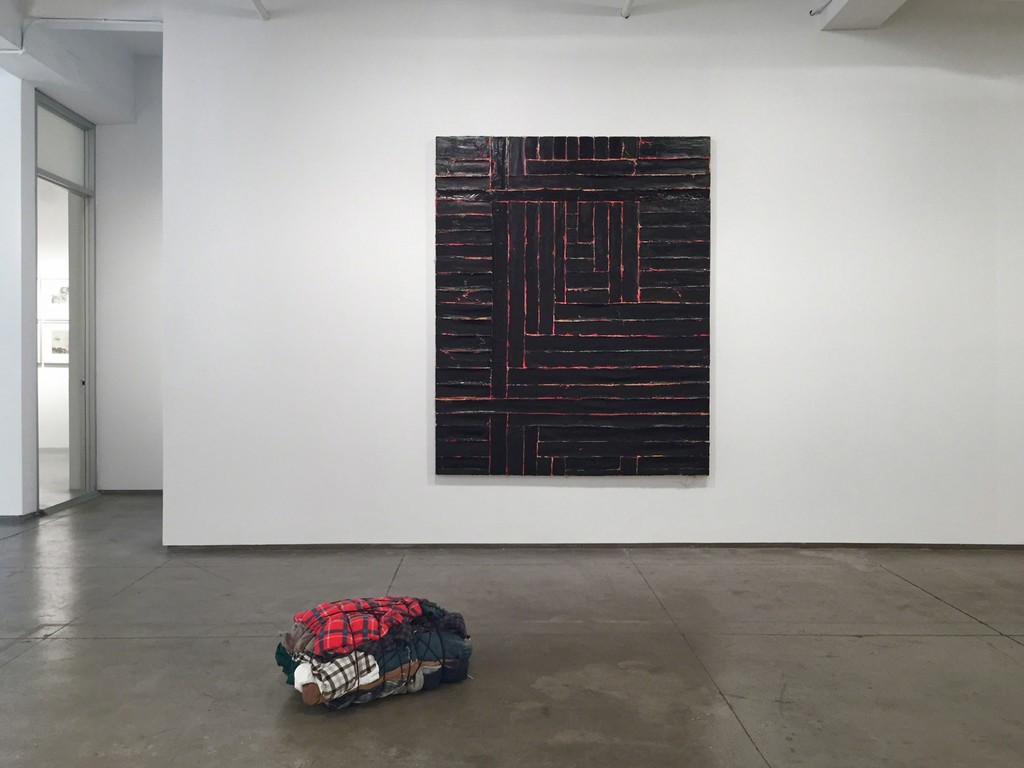 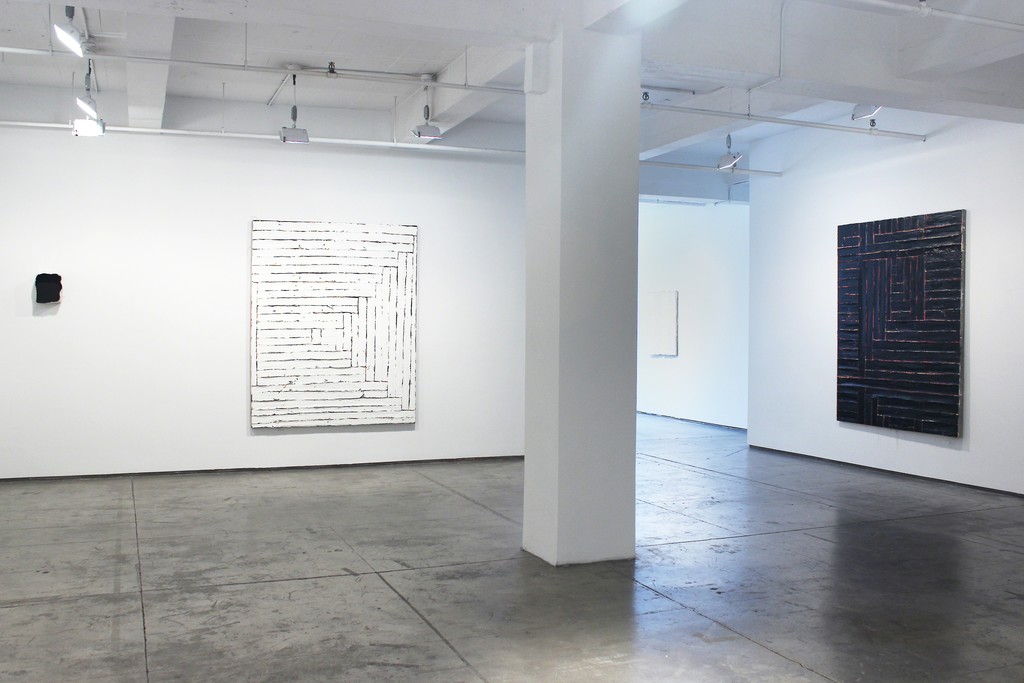 Josée Bienvenu is pleased to present Adam Winner’s first solo exhibition in New York. Titled Scratchpad, the exhibition unfolds as an abstract self-portrait based on the artist's negotiation with his body measurements. The works examine Winner’s distorted, subjective notion of his body, and the external manifestations of internal conflict. Aspects of his body serve as dimensional constraints, and inform the content of his paintings.

A series of Gunboats (a nod to the Fats Waller song Your Feet’s Too Big) become clownishly large footgear, able to stand on their own. Head Bucket, a bluntly-titled and shaped canvas, is meant to be looked into rather than at. Executed with some lines by René Char in mind (Je n'étais ce jour-là que deux jambes qui marchent./Aussi, le regard sec, le nul au centre du visage), it is hung high, at eye-level. Body Bucket also disrupts the usual act of looking at a painting and invites entry into the work. Bortle (the title refers to an astronomer who conceived of a system for quantifying darkness) is the largest painting. Its dimensions are based on the artist's height by his wingspan. A multilayered “black” painting, with colors seeping through, it figures the opaque complexity of being.

Adam Winner uses abstract painting as a tool to resolve inner struggle. The hand is very, deliberately, apparent in the work. His paintings of elementary gestures are imbued with a feeling of self-doubt, but shot through with a sense of confidence and control over the materials. Conflict and uneasiness form part of the content of his work. The paintings are concerned with multiple forms of imperfection. Brought into play through constraints both personal, and universal, such as the notion of a “golden ratio”, the theorized ideal proportion, only brought up in order to be deviated from.