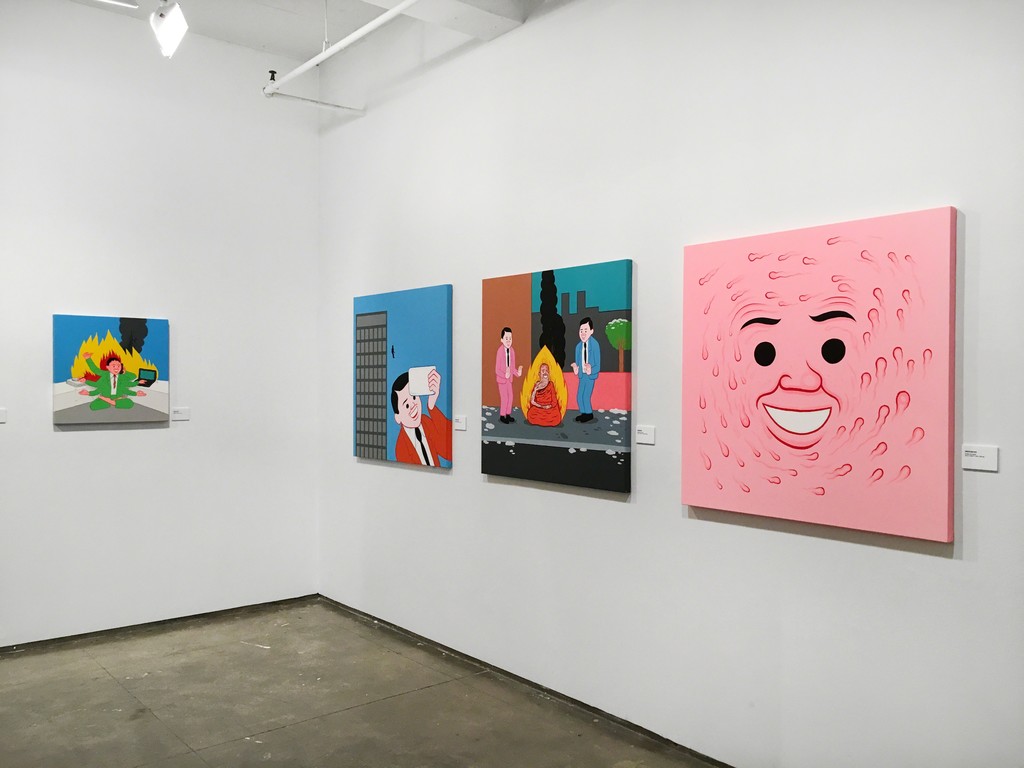 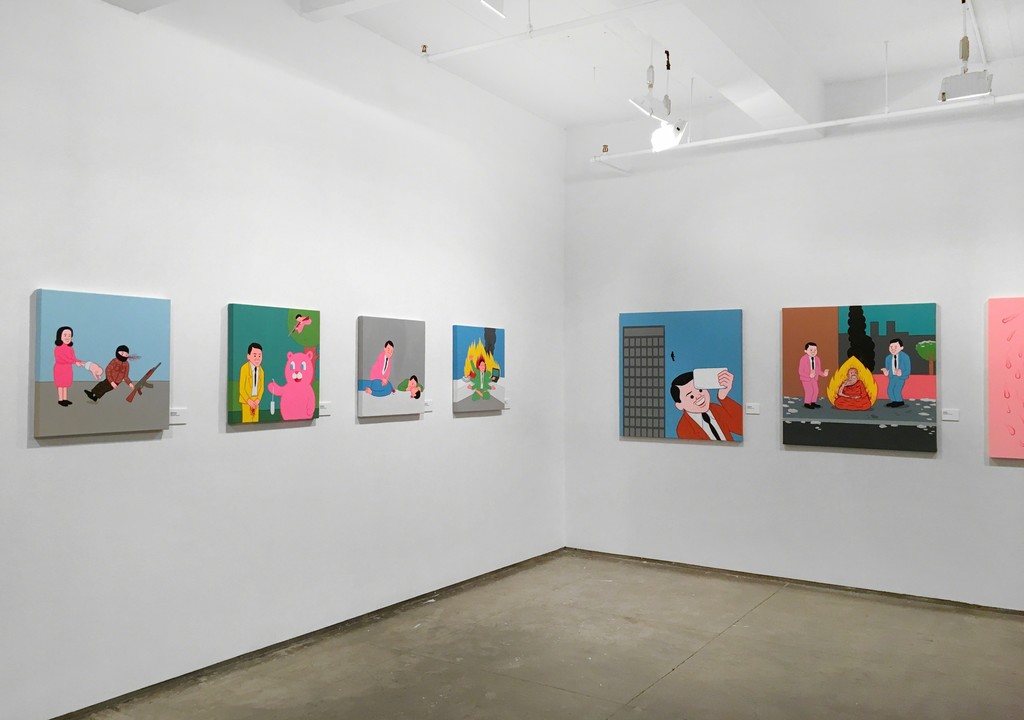 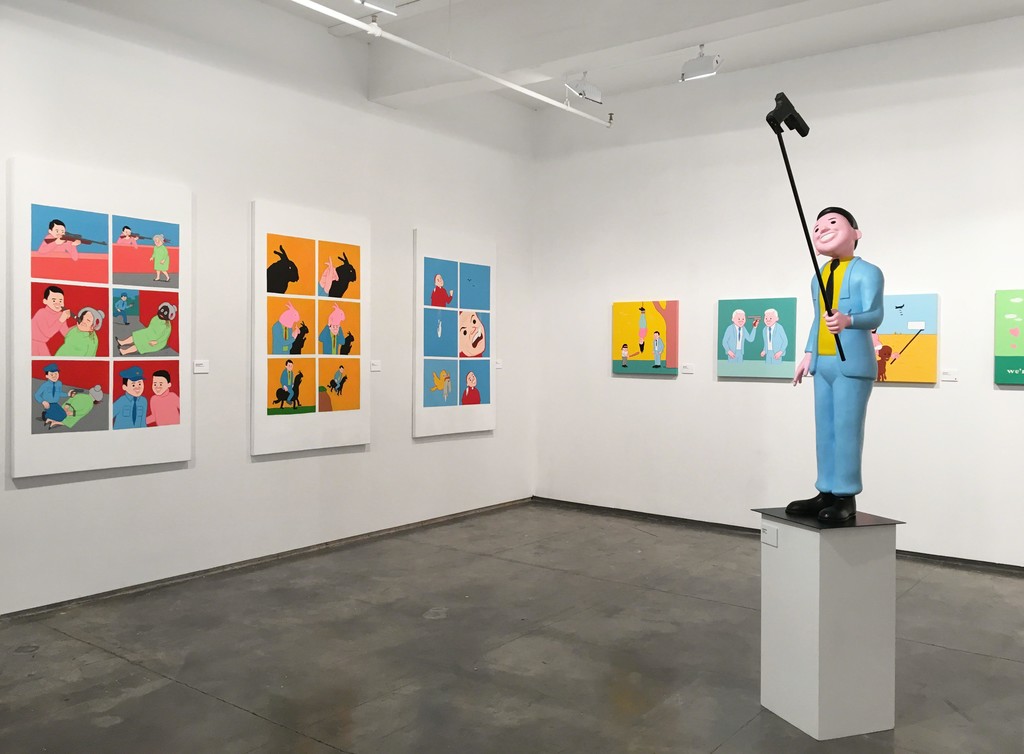 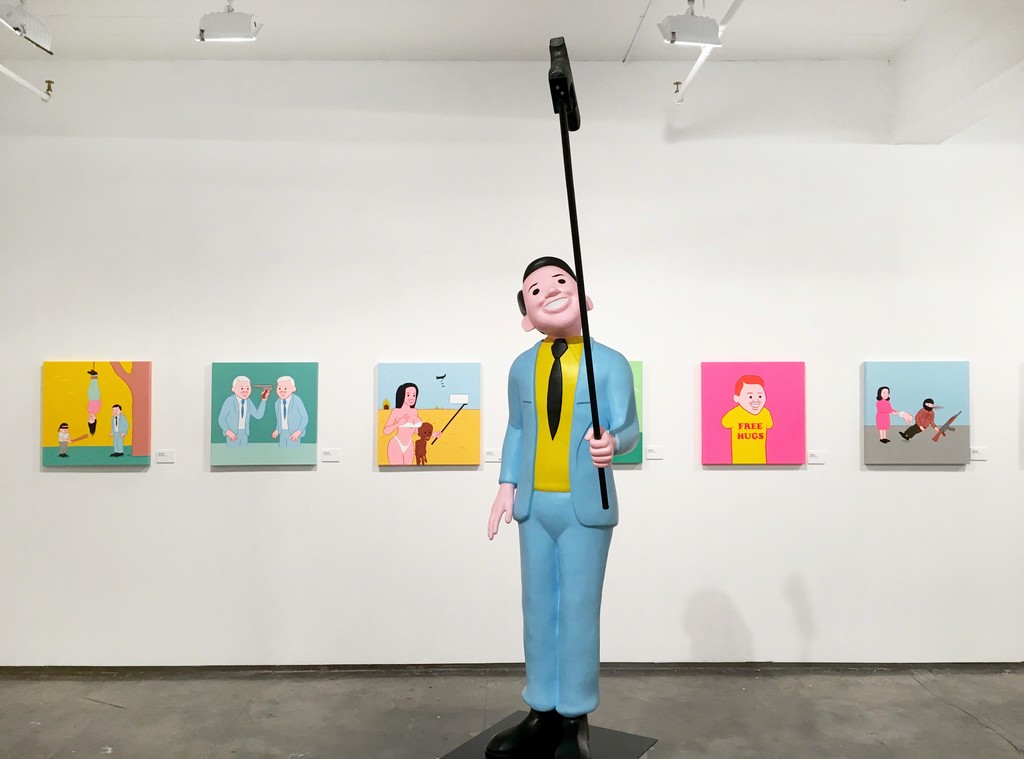 Joan Cornellà is a Barcelona based cartoonist and illustrator famous for his works imbued with unsettling, surreal, and black humor. Through simplistic visual language, he satirizes the sinister and often bleak side of humanity through unconventional scenarios. In these times of extreme hypocrisy, the artist sheds some light onto ourselves, unveiling human nature in Cornellà's notoriously disquieting manner.

The 17-day exhibition will include new canvas paintings and limited edition illustrations, as well as books, shirts, and prints available for purchase. Joan will be present at the exhibition for several days and signing copies of his new book, SOT, from time to time.

Parental Advisory Warning:
The works in this exhibition contain adult themes and are not for sensitive or subjective hearts! Children under 16 must be accompanied by parents.

ABOUT JOAN CORNELLÀ
Joan Cornellà Vázquez, born 1981 in Barcelona, where he lives and works, is an illustrator known for his mostly worldess 6-panel comics of disturbing themes.

From the unnatural human connection to social media and the masturbatory selfie-culture, to the political topics of abortion, addiction, and gender issues - no subject is off limits. Joan Cornellà’s work revels in its absurdity and impropriety.

At first, Cornellà’s work seems light-hearted and playful, his figures share a generic blank smile and cheery color palette (akin to 1950’s advertising or airline safety pamphlets.) However, with gags and minimal visual clues, Cornellà pokes fun at traditionally prohibited topics, illustrating scenes of cannibalism, infanticide, deification, murder, suicide, and amputation. While some are affronted by his work, many connect over it, laughing and feeling bad for laughing all at the same time.

Thought-provoking, honest, and incredibly entertaining, Cornellà's work is sincere and potent in its message. “I think we all laugh at misery. We must start from the idea that when we laugh, we laugh at someone or something. With empathy or not, there is always some degree of cruelty. In spite of that, I am aware that if one of my cartoons happened in real life I would not laugh at all.” (Joan Cornellà)