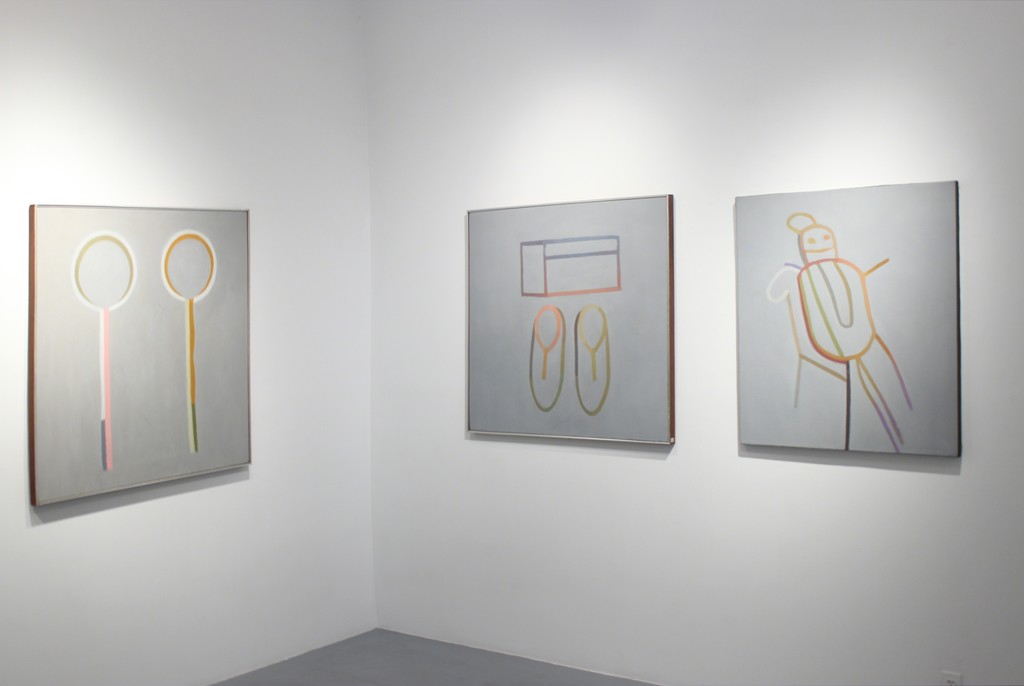 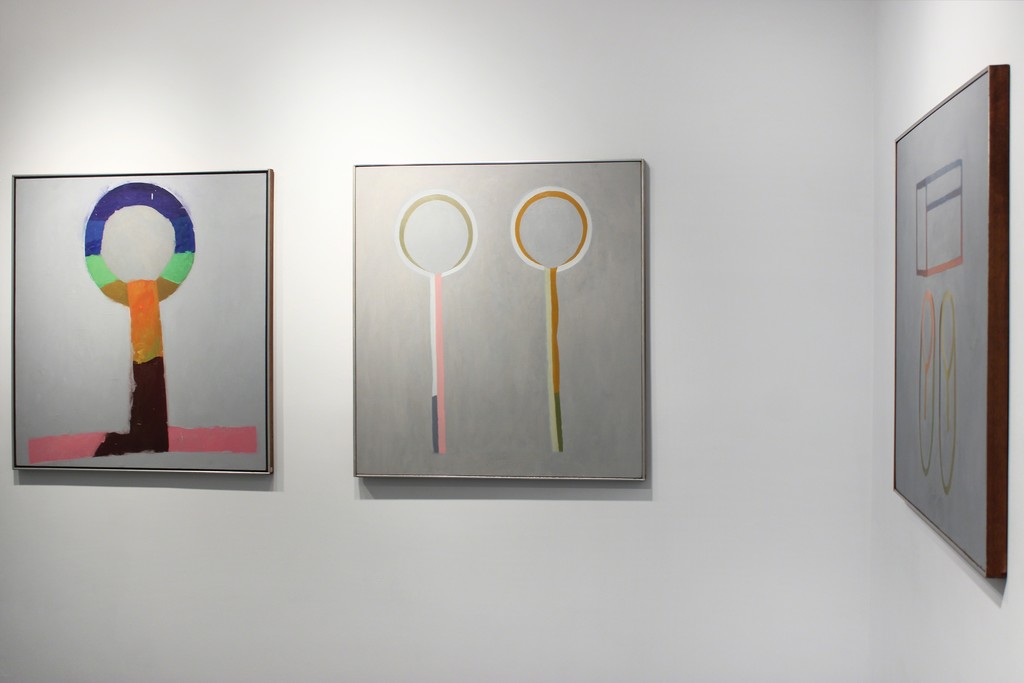 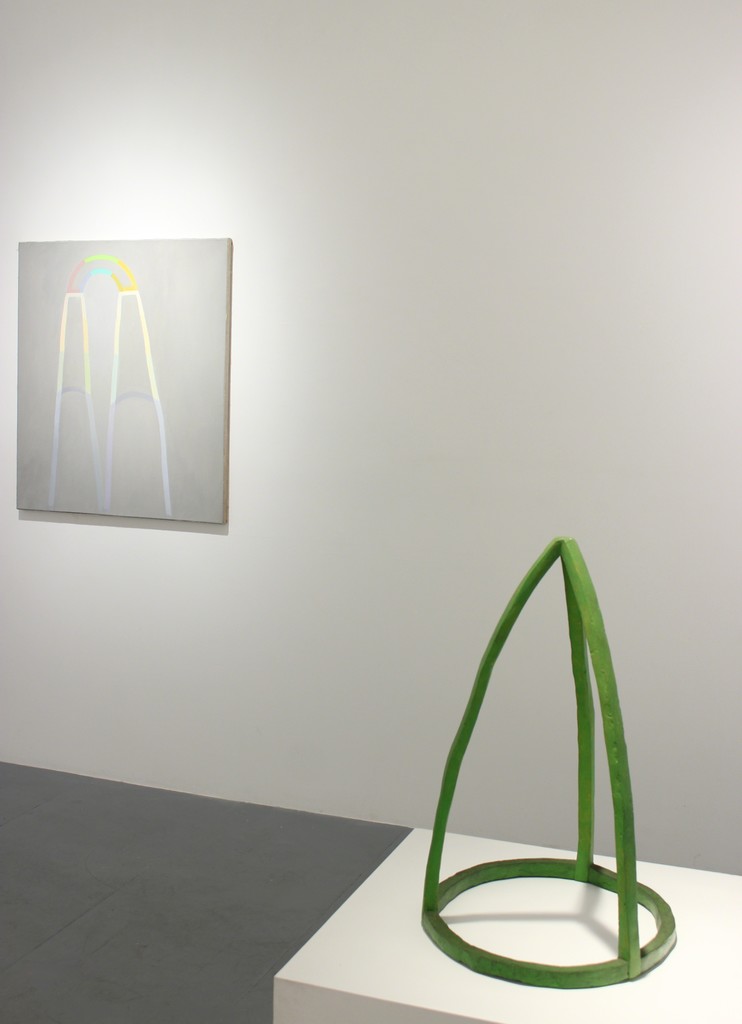 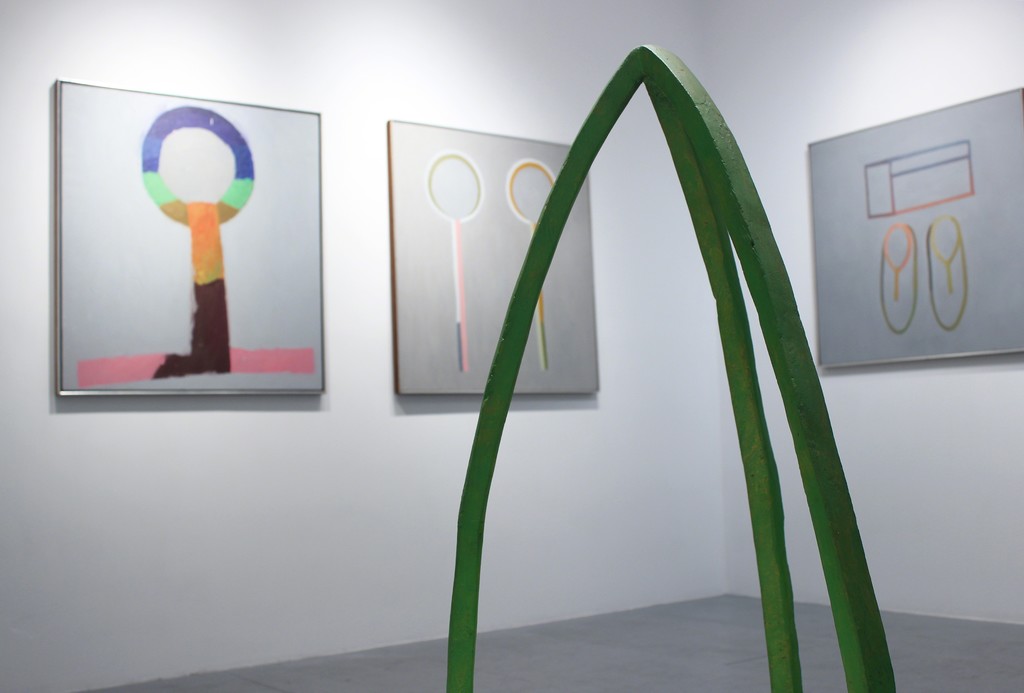 Josée Bienvenu is pleased to present the fifth installment of "Present," a series of guest curated exhibitions in the Project Space. This exhibition brings together a selection of 1960s paintings by American artist John Havens Thornton.

Thornton first explored and analyzed abstraction, with fellow classmate Frank Stella, under the guidance of William Seitz at Princeton University in the mid 1950s. Seitz, who later became the first person in 1955 awarded a PhD in modern art from Princeton University, wrote some of the earliest major texts on Abstract Expressionism and had strong influence on John Thornton’s work. In the early 1960s Thornton’s work developed a mature approach to minimal and conceptual pictorial expression. While his forms grew linear and the references became figurative, the focus shifted on the structure, meanings and emotions associated to shapes and colors. In 1967, the curators of the Whitney Museum of American Art selected Thornton “Tree” series to be featured in the “Annual Exhibition of Contemporary American painting” – the exhibition that would later become the Whitney Biennale.

John Thornton’s reductive paintings from the 1960’s are rich with ambiguities of space and color. Thornton explains these works as searching for the meaning of line as an edge or a direction that attempts to describe a spatial event. These paintings are his intuitive exercises in which lines paradoxically “undefine space” through his exquisitely lean color palette and simplified forms. Against neutral colored backgrounds, Thornton has painted the elemental outlines of archetypal domestic shapes: shoes, trees, towers, and others suggesting forms that demand space for their presence. By the use of subtle transitions of color within these lines, he flattens the forms to abstractions that become cyphers for themselves. Thus the lines defy or “ruin” space and form so that we must confront his paintings as abstract exercises of great beauty and pleasure.

Thornton’s engineering study and early work as an industrial designer have imbued his paintings with a clean logic; but he turns this logic on itself. Rather than solving visual problems as would a designer, Thornton uses these skills to describe profound visual and philosophical questions about the nature of perception and reality. It is as if Thornton was seeking in his paintings to confirm ineffable issues of his own being, while making beautiful reductions of what he thinks he saw.

In “The Layers,” Stanley Kunitz, one of Thornton’s poet heroes, has written; “I have walked through many lives / some of them my own / and I am not who I was / though some principle of being / abides, from which I struggle / not to stray.” John Thornton’s lovely wanderings through the illogic of the deceptive lines in his work ponder similar concerns about identity.

Art historian Roger Mandle was Deputy Director and Chief Curator of the National Gallery of Art in Washington, D.C. from 1988 to 1993, and president of The Rhode Island School of Design in Providence, RI, until 2008. After leaving his post at RISD Mandle assumed the directorial position at the Qatar Museums Authority.