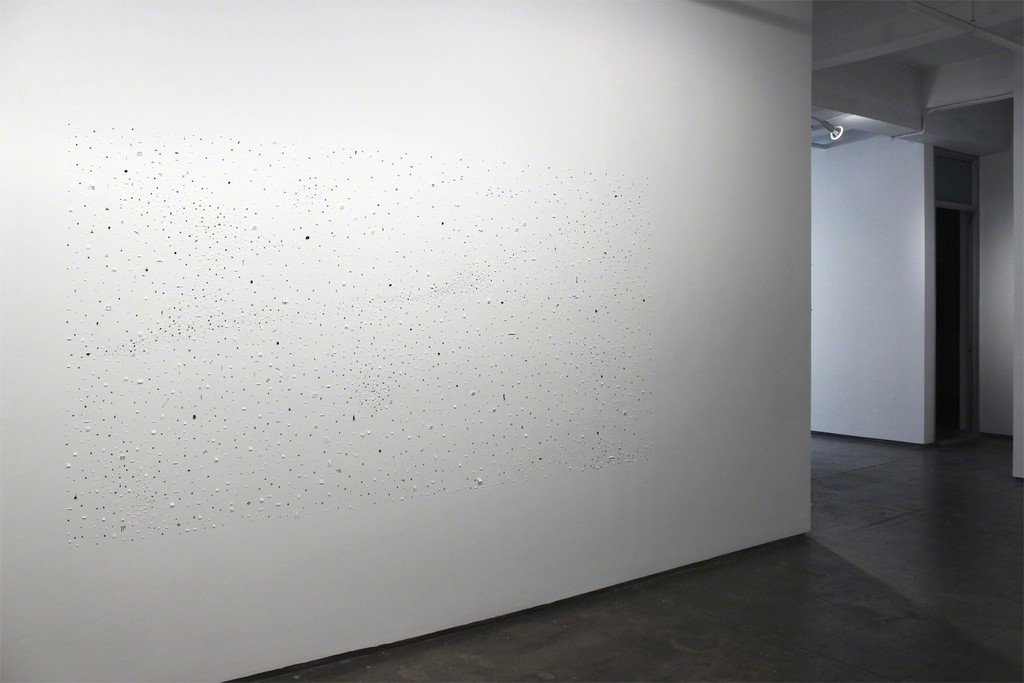 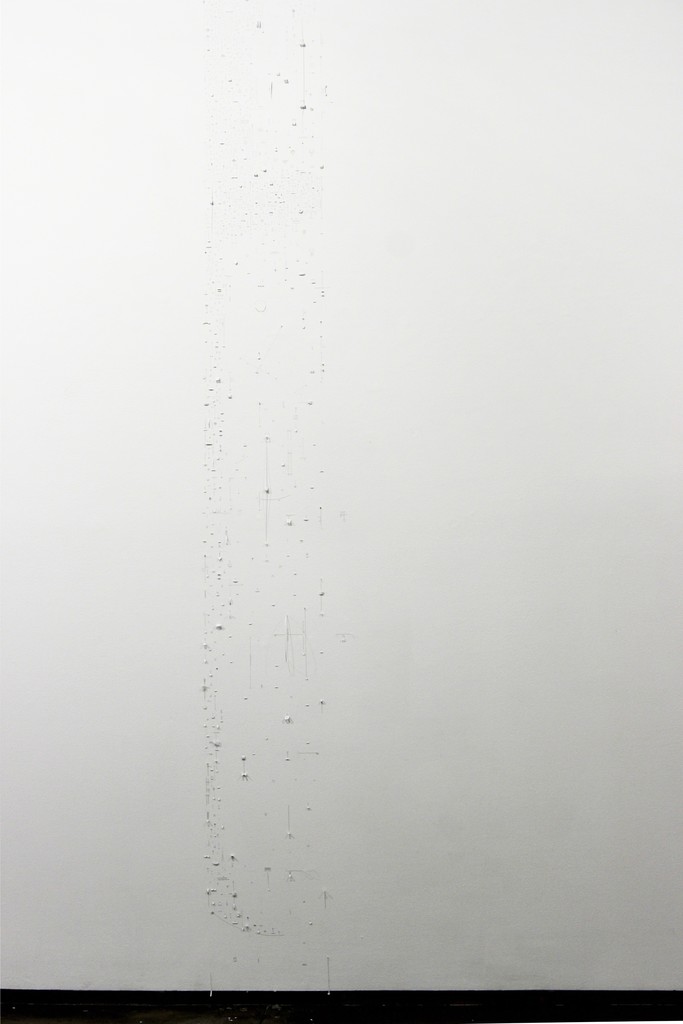 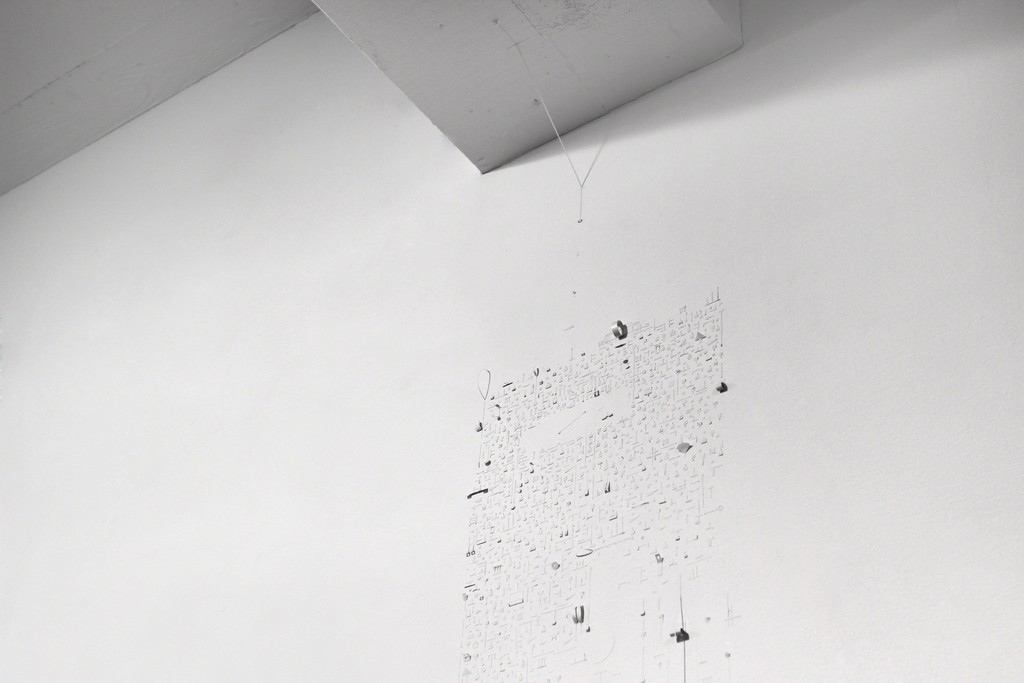 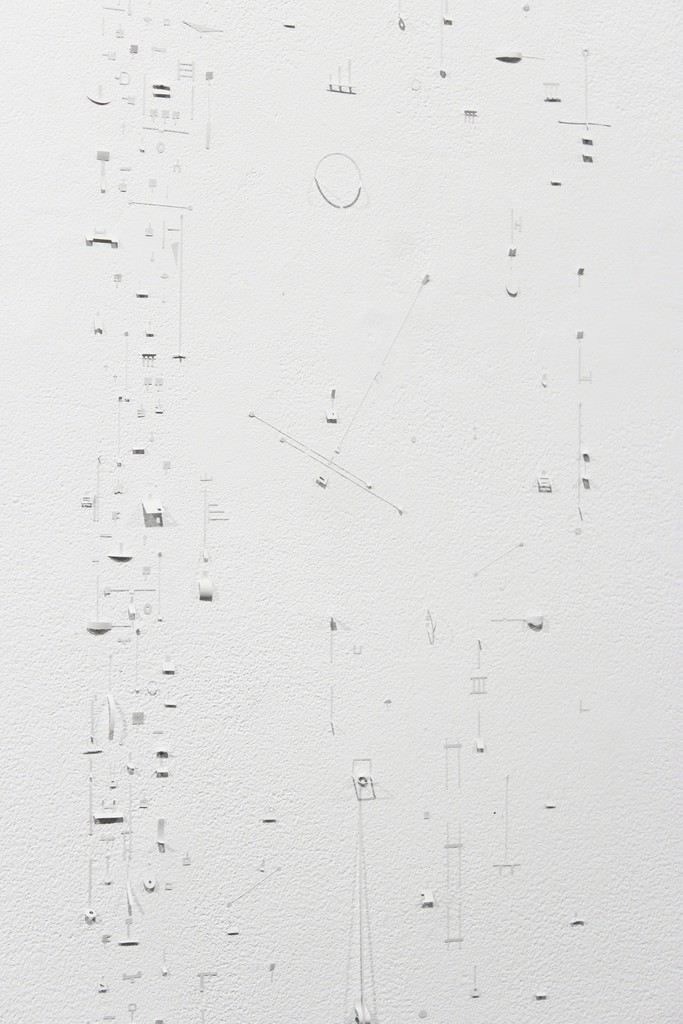 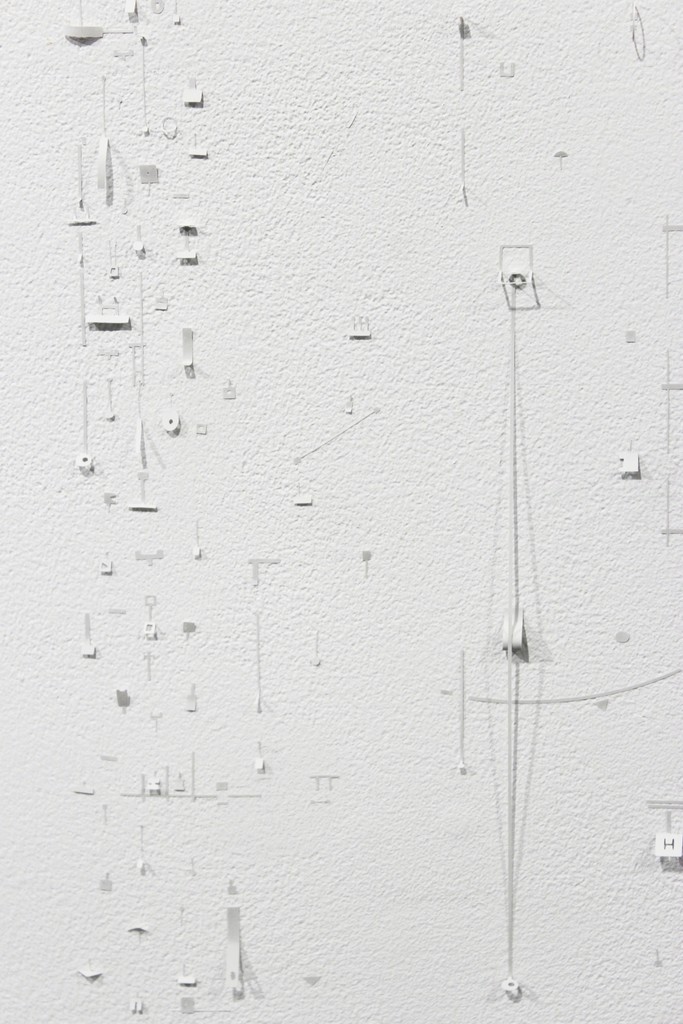 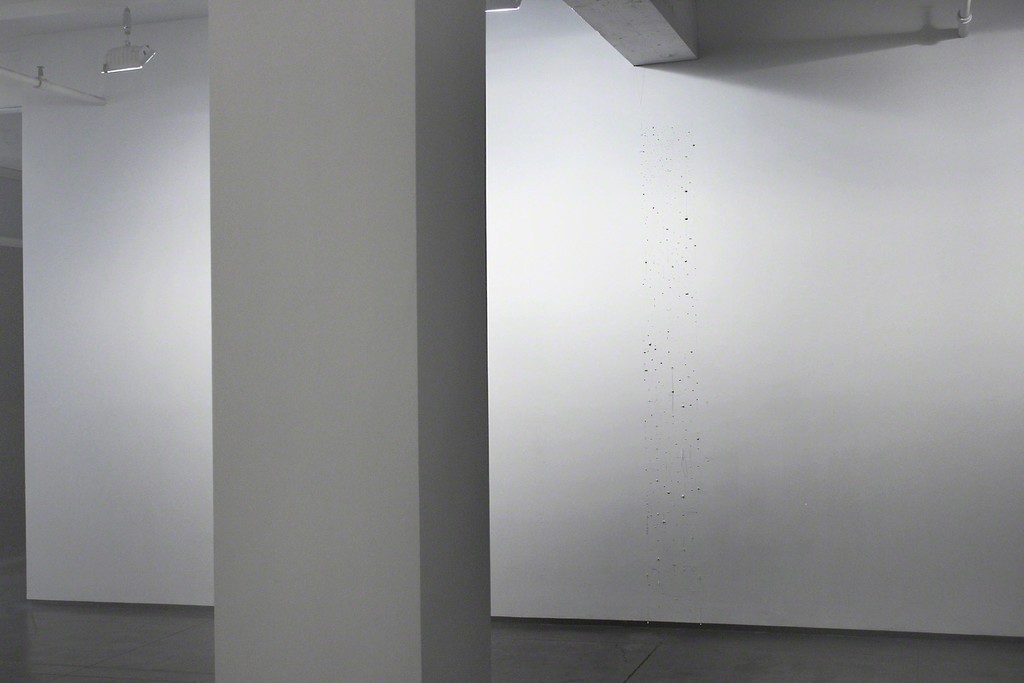 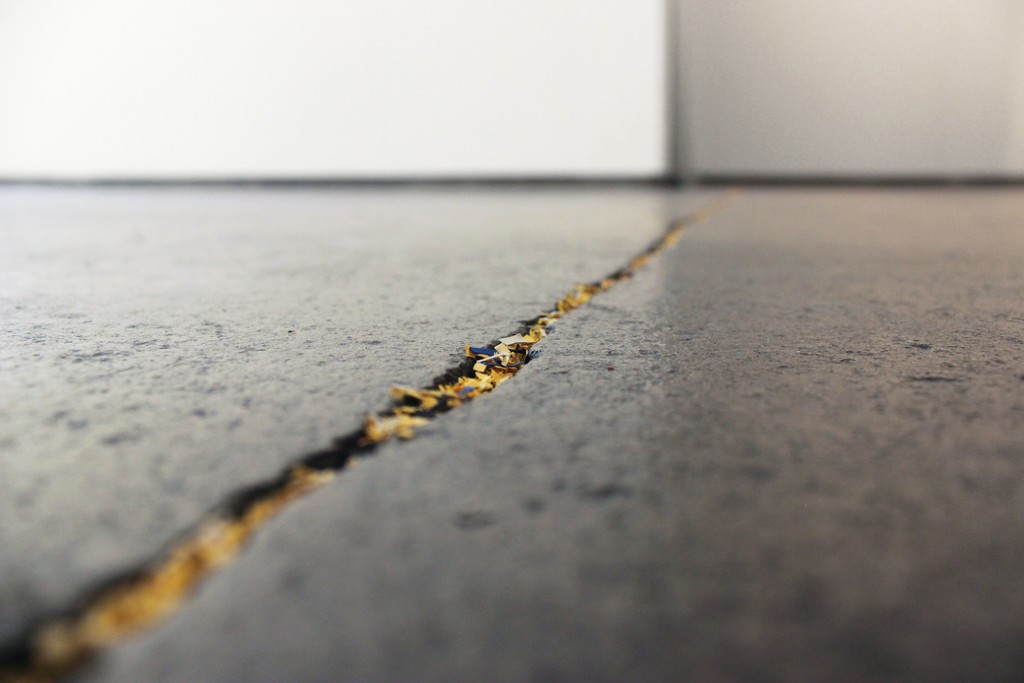 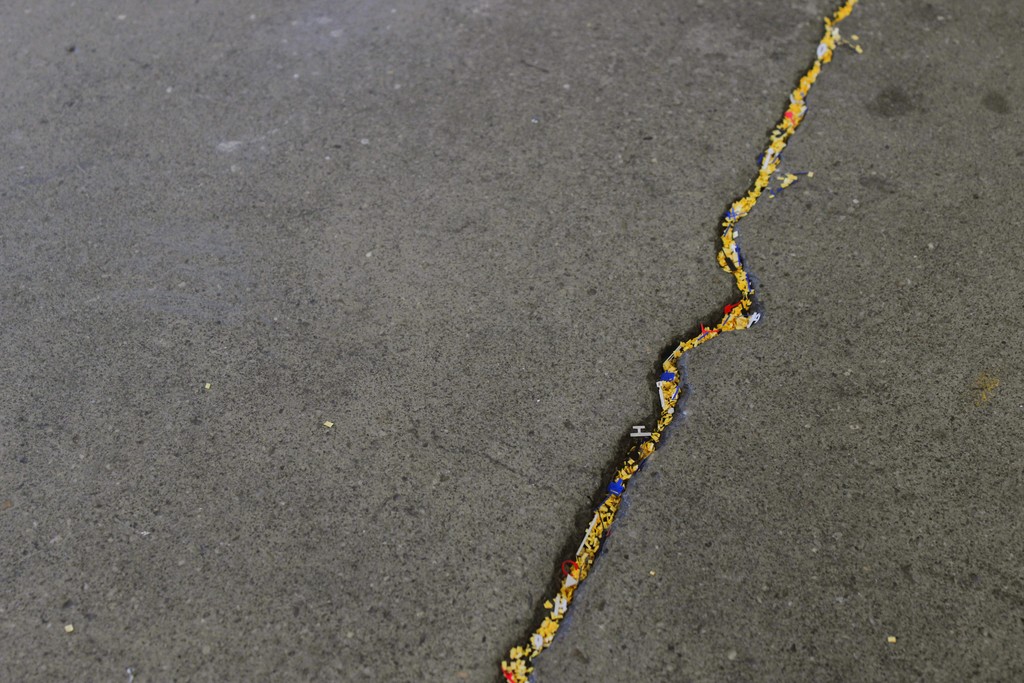 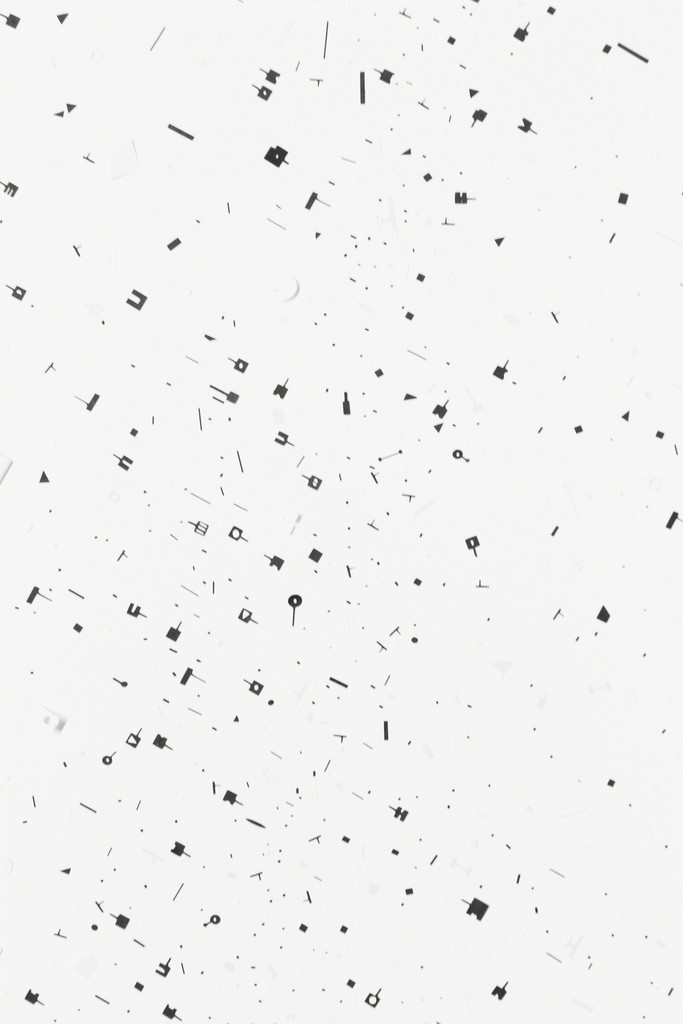 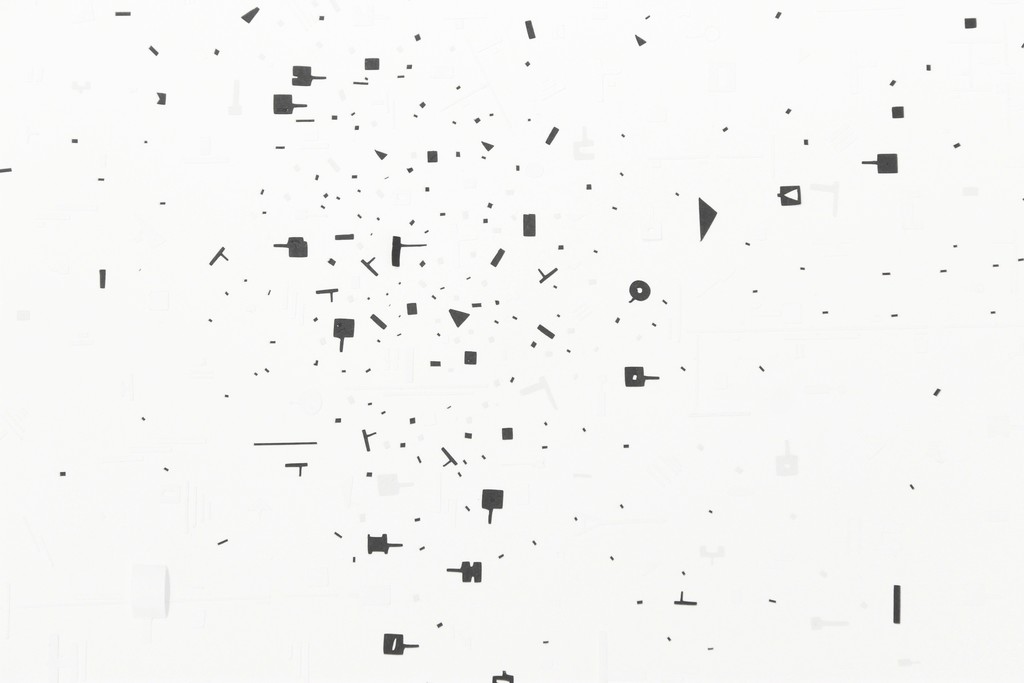 Josée Bienvenu Gallery is pleased to present Unfolding Marco Maggi, the artist's seventh solo show in New York since his first in 1998, and most recent in 2009. The exhibition is an extension and a mutation of Global Myopia, his installation for the Uruguayan Pavilion at the 56th Venice Biennale, currently on view in the Giardini through November 22.

“Marco Maggi takes on the very paradox of inscription and traces and magnificently overthrows it. He does this by carving and cutting the insignificant into a trace, the vacuum into an archive, the shadow into an alphabet, the detail into a cosmos (…) No wonder that the fold is the organizing principle here, as well as the mag(g)ic force. It carries forth the undecidable, it creates the ambiguous. It splits the surface into two incommensurable halves. Indeed the fold is what encompasses or wraps, and escapes or diverts at the same time. The fold is what dissimulates and reveals.”

Like in the Venice pavilion, Maggi separates the two basic elements of drawing. He draws with paper on the walls in the main space, and presents an installation of pencils in a separate area. "Drawing is a dialogue with a superficy and a certain superficiality. It is a superficial discipline that allows oneself to take distance from the depths of thinking in order to de-multiply an empathy for the insignificant. Drawing for me is like writing in a language that I don't understand. I don't believe in messages or ideas. Ideas have the tendency to become fixed and aspire ultimately to the status of ideology." (Marco Maggi, 2015)

A portable kit composed of thousands of elements cut-out from self-adhesive paper becomes an insignificant alphabet folded and pasted onto the walls during the months preceding the exhibition. The diminutive papers are disseminated or connected following the traffic rules and syntax dictated by any accumulation of sediments. Some areas throughout the gallery are infected with color, the edge of the wall in red, blue or yellow, like the margins of a misprinted sheet of paper. The colonies of stickers on the walls enter in dialogue with the light upon them. Myriads of shadows and infinitesimal incandescent projections aim to slow down the viewer. The main ambition of the project is to promote pauses and make time visible.

In Putin’s Pencils, ten pencils are pointed against the wall, held by the tensions of bowstrings, ten arrows ready to be projected. The trajectory of these Soviet era color pencils is frozen, almost going backward in time. Leading to the project room, a ladder made of Fanfold, the already obsolete perforated computer paper, grows upward and downward from two dimensions to three-dimensional space in a symbiosis of hardware and software. Inside the room, two individual panels of cutout stickers face each other. Another wall installation, Stacking Quotes (Black Cachet), suspends bound sketchbooks with fragments of colored stickers pressed within their pages. These small referential stickers act as words cut out from a larger message, recoding the original context.