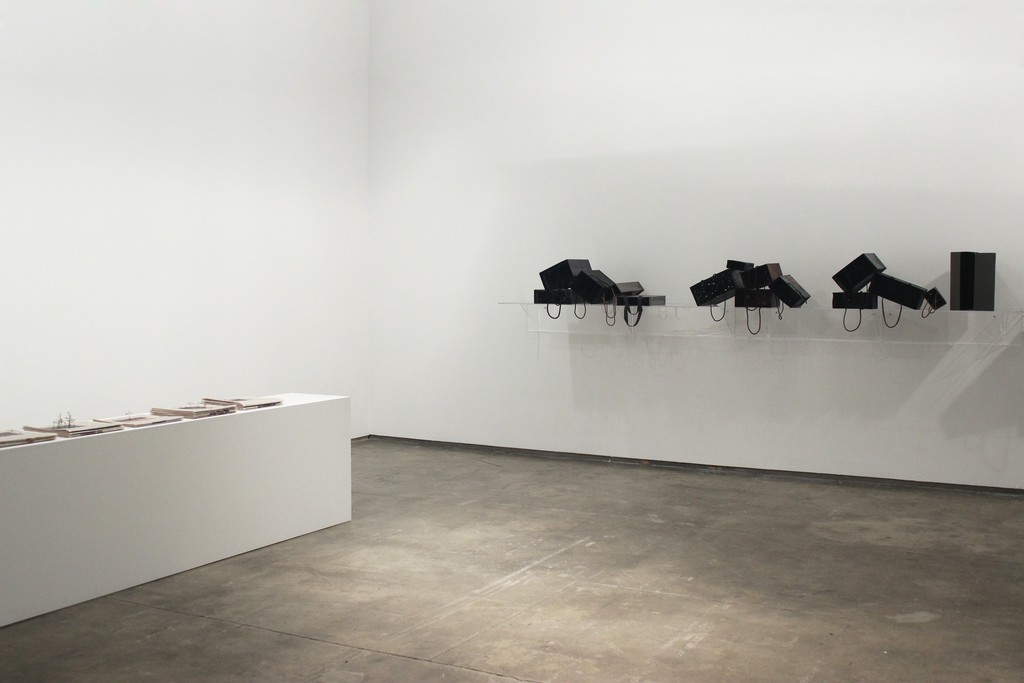 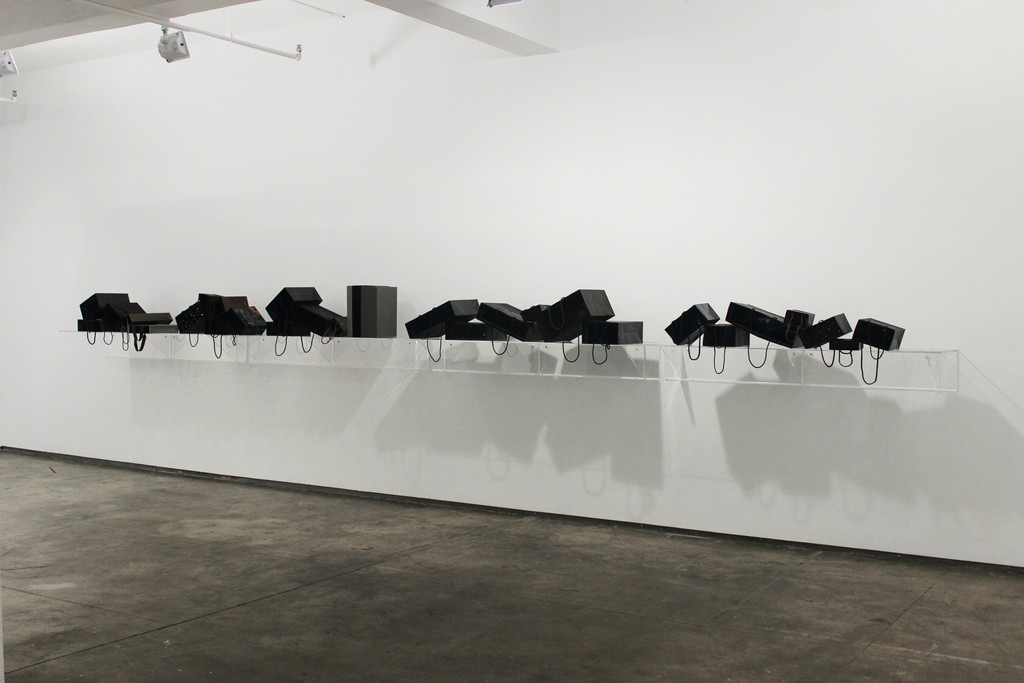 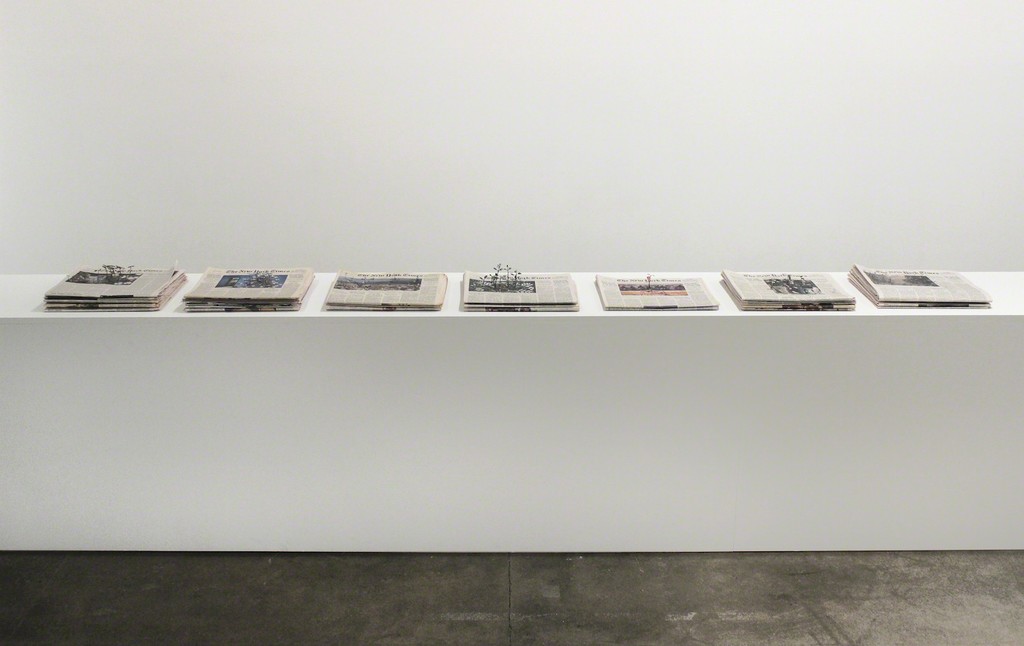 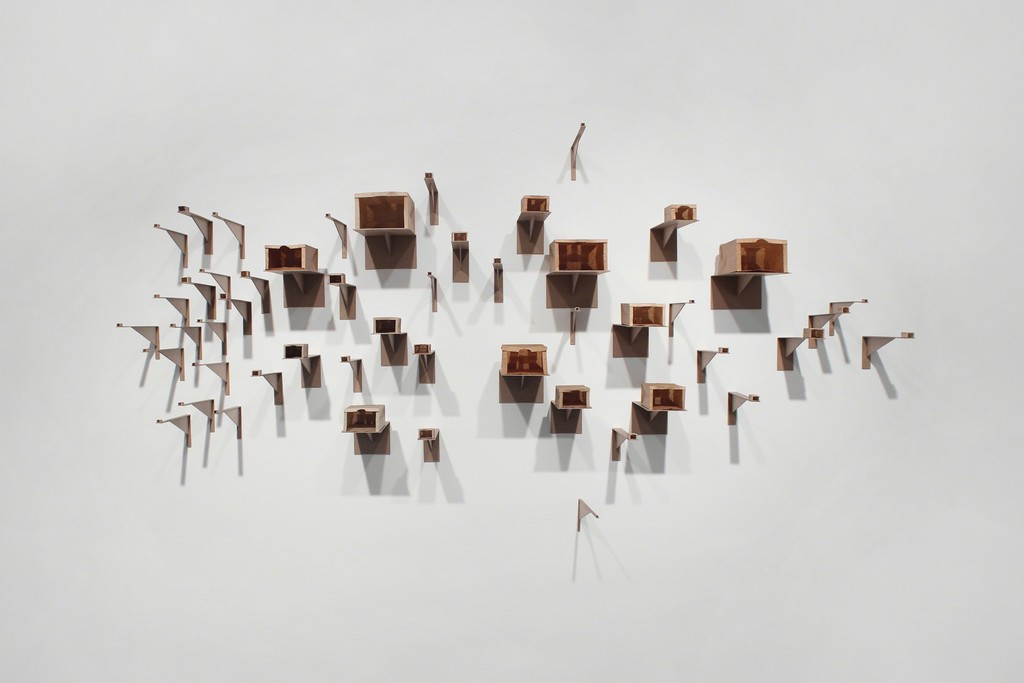 Josée Bienvenu is pleased to present The Simple Truth, an exhibition of works by New York based Japanese artist Yuken Teruya. This will be Yuken Teruya's third solo exhibition with the gallery. The show will feature Constellation, a large sculptural installation originally created for the 2012 Sydney Biennial; Minding My Own Business and It's about me, it's about you, two installations of cut-out newspapers; and In a form we have no words for, and you live in it, a new installation of brown paper bags.

"Uncovering small metamorphosis in familiar objects is an exercise which enables one to turn routine into moments of significance, making us more aware of the indefinite alterations in our surroundings." (Yuken Teruya)

In Constellation, Teruya explores the potential of shopping bags – black bags are arranged in groups of various sizes along the wall. Their dark interiors are speckled with light from hundreds of tiny cut holes. Each bag becomes both a stage with its own lighting and a source of imagery, portraying the night sky in different regions around the world. Constellation conveys the sense of cosmic wonder of looking up on a dark night. The discarded becomes the site of poetic transformation.

Minding My Own Business is a set of nine altered newspapers. Sprouts emerge from page-one photographs in the newspaper, adding a nuanced narration to the article. It's about me, it's about you is an installation based on the front page of two major newspapers from Okinawa, the artist’s homeland. Both reported the protests held on September 9, 2012 against the US and Japanese government's plans to deploy the infamous military aircraft 'Osprey'. Experimenting with words and languages, Teruya cut out the silhouettes of the sentences "It's about me, it's about you" and "There is a truth bigger than geopolitics" in Arabic, Hebrew, Farsi, Georgian and Basque.

Handmade and existing bags merge in the installation In a form we have no words for, and you live in it. Minute bags become pixels of reality. The work extracts the essence of the tree, still existing in its smallest particle.