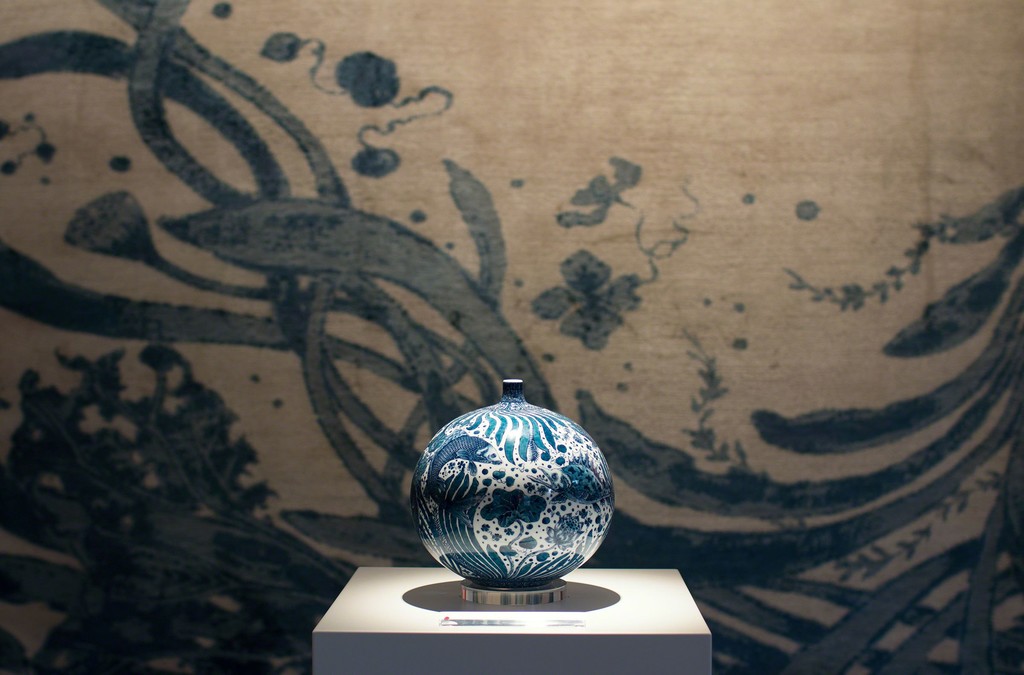 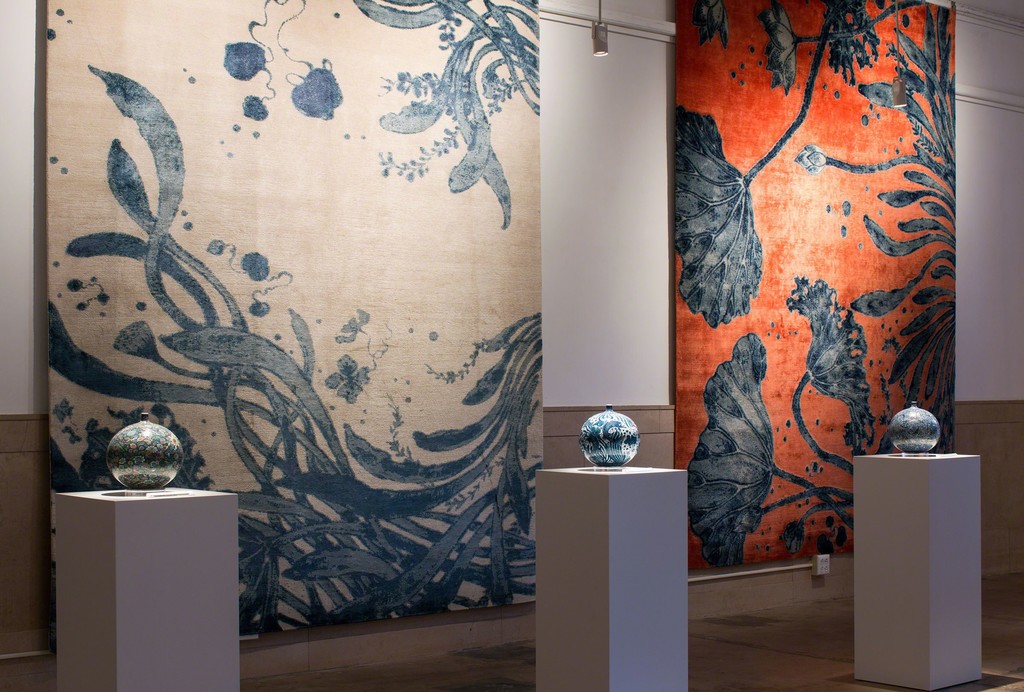 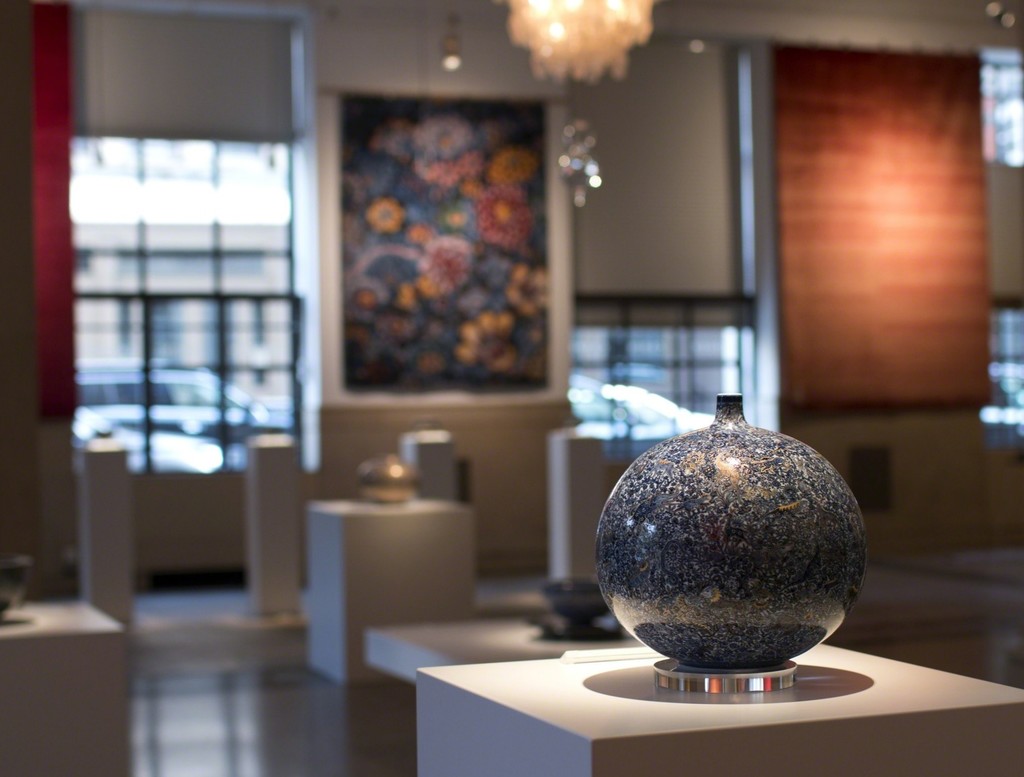 The Debut Exhibition of Ceramic Works by Yuki Hayama

In collaboration with Joseph Carini Carpets

NEW YORK, NY, July 26th, 2016 - Ippodo Gallery is pleased to present Beauty of Life¸ the debut exhibition in the US of ceramic works by Yuki Hayama. Hayama’s ceramics are exceptional, characterized by careful patterns, with meticulous attention to detail acting as a meditative aim for a better world. He personifies the forces of nature - water, flowers, trees, animals, sky, earth - across 20 works. All are encapsulated in every single bowl. Large and small, pots and dishes, each ceramic piece is shaped as a sphere, further expressing universality in design as clearly as technique. Hayama further aids in the understanding of his work with supplemental literature, explaining the hidden meanings in the patterns. He is unparalleled in the world of ceramics.

Hayama was just 15 when he began working at a pottery studio in his home area of Arita, Saga Prefecture, the leading producer of porcelain in Japan. Born in 1961 with his birth overshadowed by tragedy, he channeled his circumstances into a determination to love others and art, using ceramic craftsmanship as a vehicle to spread peace. More than an artist, Hayama is also a historian and a writer who integrates these aspects into his work. Throughout his process, he contemplates humanity's existence. He researches extensively to determine the artwork’s theme, then researches the theme in-depth. Conceptualizing, he writes a story, crafting a narrative on which the work is based. By writing, the image is formed in his mind. He has even published his own picture books and novels. His stories often tell of mankind’s hopes, joys and sorrows, of tomorrow and the distant past. After a thorough exploration, the craftsmanship begins. These innovative works express a contemporary vision, employing the traditional technique of ‘God Hand’ often used in Arita, and Hayama pours a special quality of humanity into his creations. And while humanity may be ephemeral, but one appeal of ceramics is its permanence.

After years of hard work, Hayama’s single-minded and harmonic approach to art eventually led to great acclaim. Ever the modest, humble craftsman, Hayama continues to work diligently to honor his art. He first set up his own kiln at age 23 in Yamauchi-cho in Saga Prefecture, holding his first solo show five years later in Hakata, Fukuoka Prefecture, in 1990. Since then, his work has shown all around Japan, with international exposure in Helsinki, Finland as well. More recently, Hayama’s works were shown in New York alongside other ceramic artists at the Museum of Arts and Design, in the exhibition, Japanese Kogei | Future Forward. It is an undeniable truth that the world created by Yuki Hayama embodies the diversity of the rich cultures of the world.

There are no preliminary drafts nor preemptive paintings for Hayama’s etsuke, or porcelain painting. Instead, as is the case in the work Ten Thousand Flowers, the artist works from memory of 128 exactingly practiced patterns. The etsuke art form is also strongly rooted in colors — with just five colors of hand-ground traditional glaze, 72 can be achieved through layering. The glaze is fired 12 times to achieve its beautiful sheen. The final product seeks to tell tales of the mystical, natural world, referencing the distant past to create future joy. Failure is not tolerated.

These themes are illuminating, providing a compass for life and for future hopes. But do vessels capture life? “Among the records of mankind’s strength, bravery, weakness and fragility, I discovered the permanence of ceramics,” Hayama writes, “Even when broken, fragments of ceramics remain, never to be totally destroyed but serving as a bridge between the past and the people of the future.”

In league with Hayama’s own interest in unity, Ippodo is collaborating with carpet producer and native New Yorker Joseph Carini. The works will be shown at Carini’s Tribeca space. In harmony with Hayama, Carini is collaborating with artisans from Southeast Asia to create beautiful carpets. The carpet artisans use techniques from Nepal and Tibet with natural botanical dye and weaving to complement and incorporate Hayama’s patterns. Carini believes the dyes truly inject energy into the carpets and inspire the viewer. Carini and Hayama share a passion for lasting handmade craftsmanship, and combined their interest in methodology of dyes and glazes, as well as their mutual respect for nature’s gifts, in this show. Carini chose a blues palette made from pure high quality Indigo to compliment the Hayama’s designs.

Founded in 1997, the eponymous carpet company strives to bridge old and new with contemporary pieces. Carini has become a leader in his field over time, remaining committed to innovative designs while maintaining the truly ancient and secret techniques. The result is contemporary carpets infused with a bygone quality and heritage rare to find in the modern world, appealing to both the eye and the heart.

Ippodo Gallery continues to showcase artists spreading peace through interpretations of the natural world, both aesthetically and intellectually serene. The discipline spent to create these masterworks is driven by rectitude and prayer, resulting in a long-lasting work of beauty.