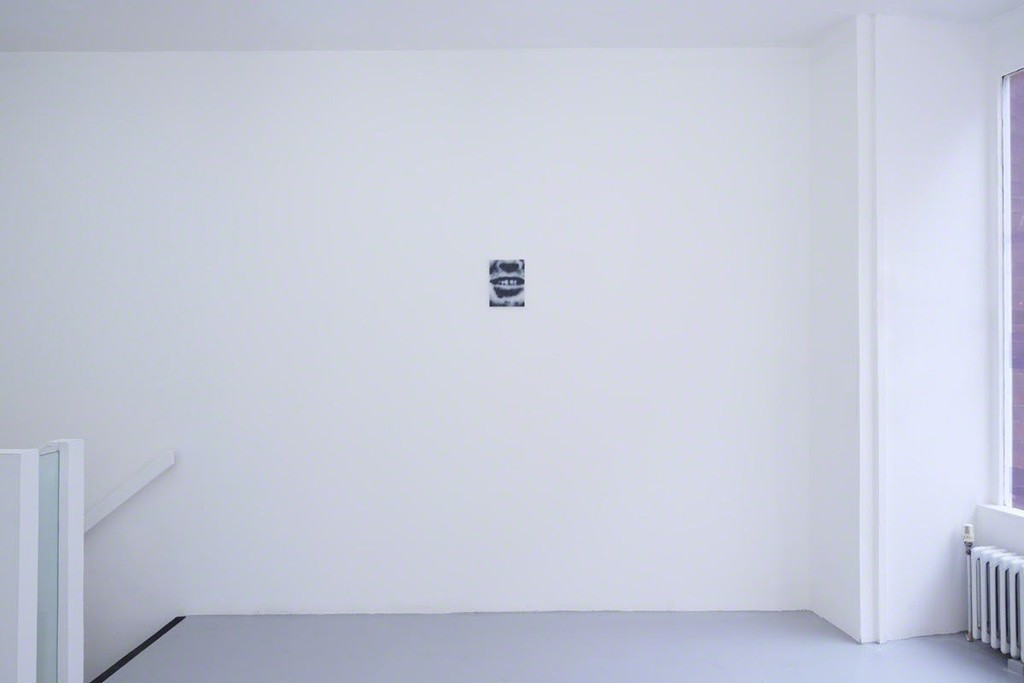 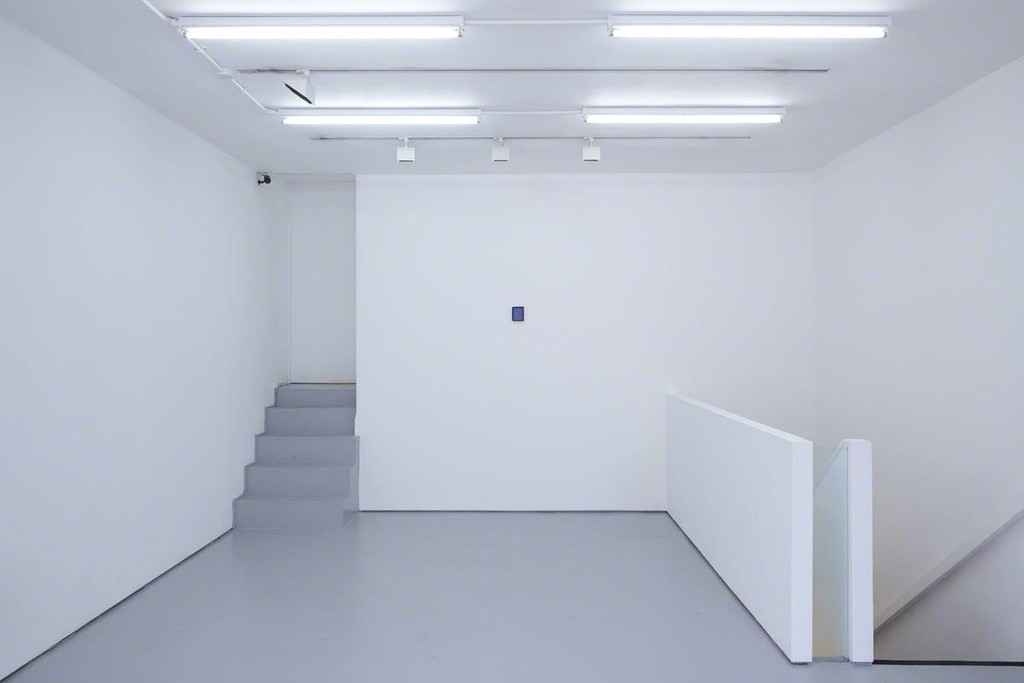 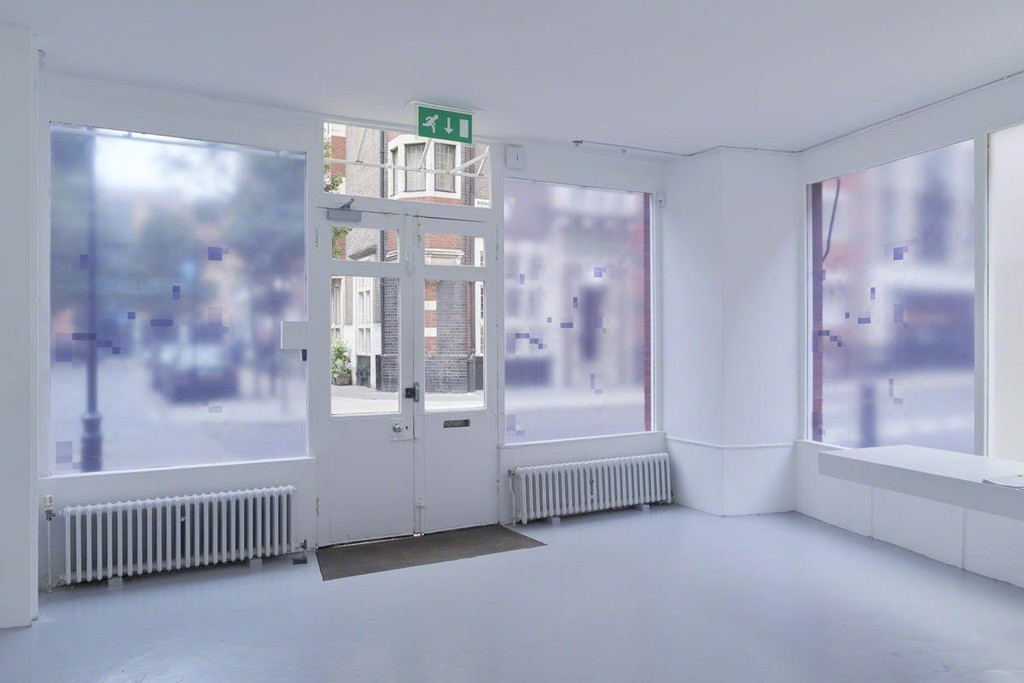 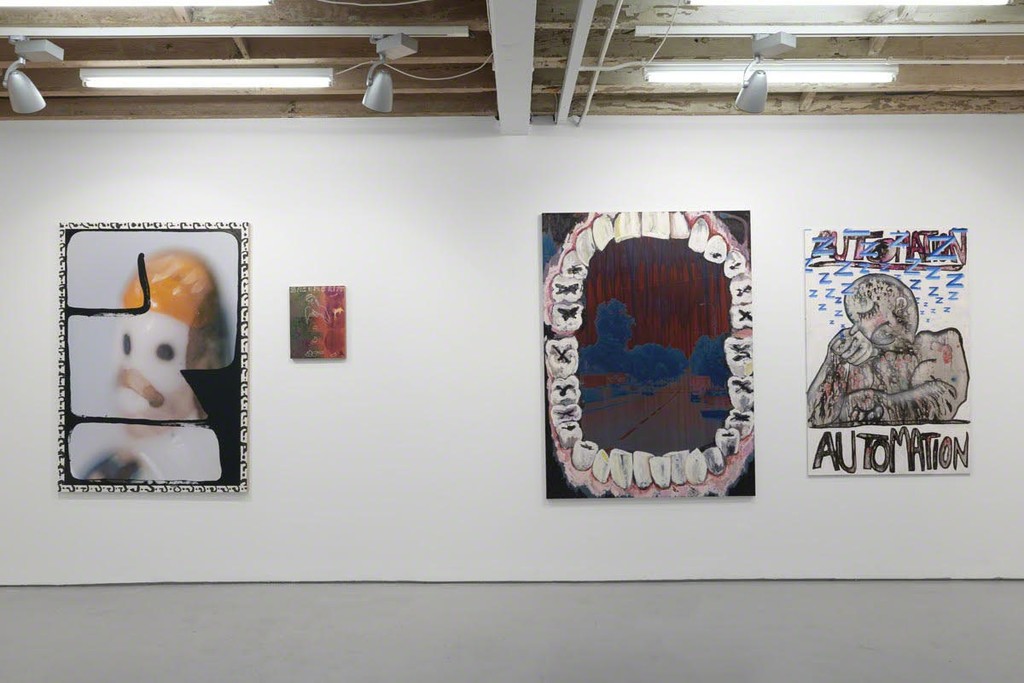 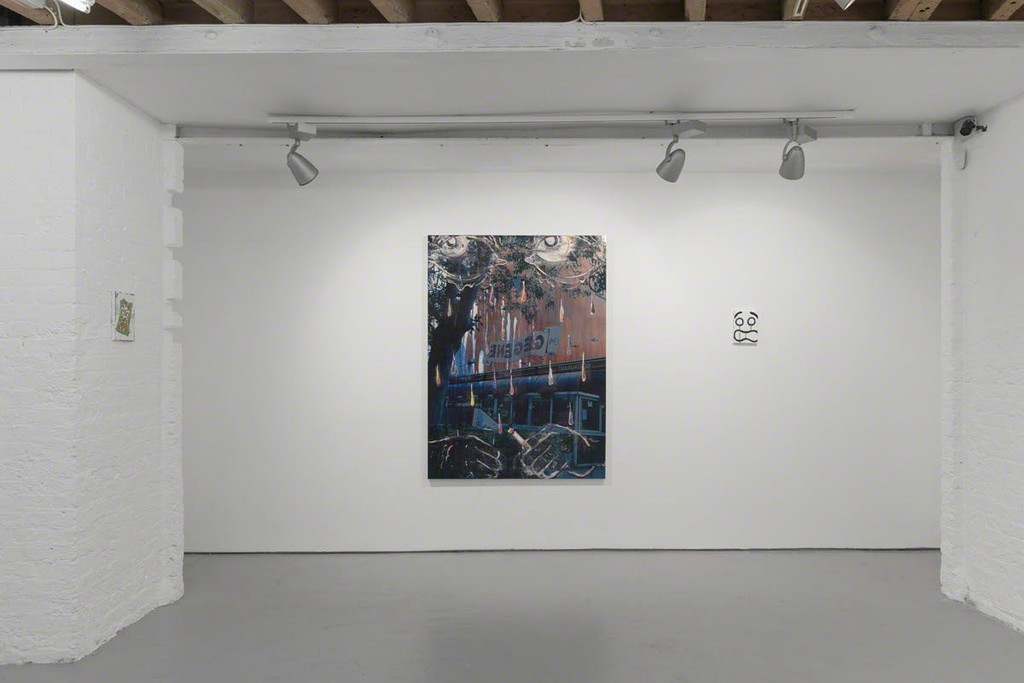 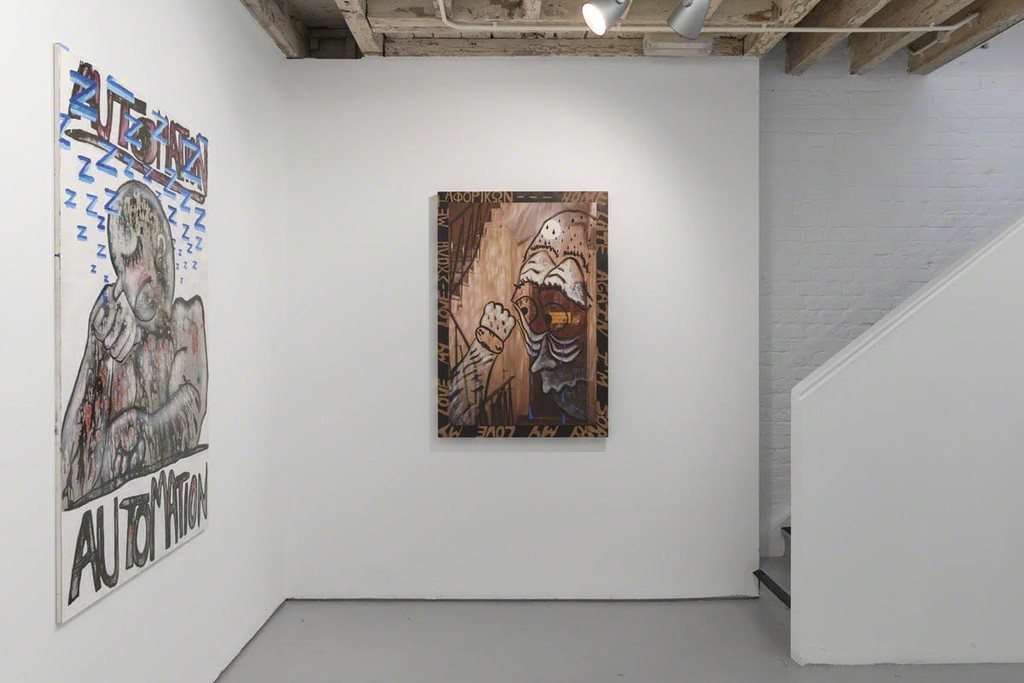 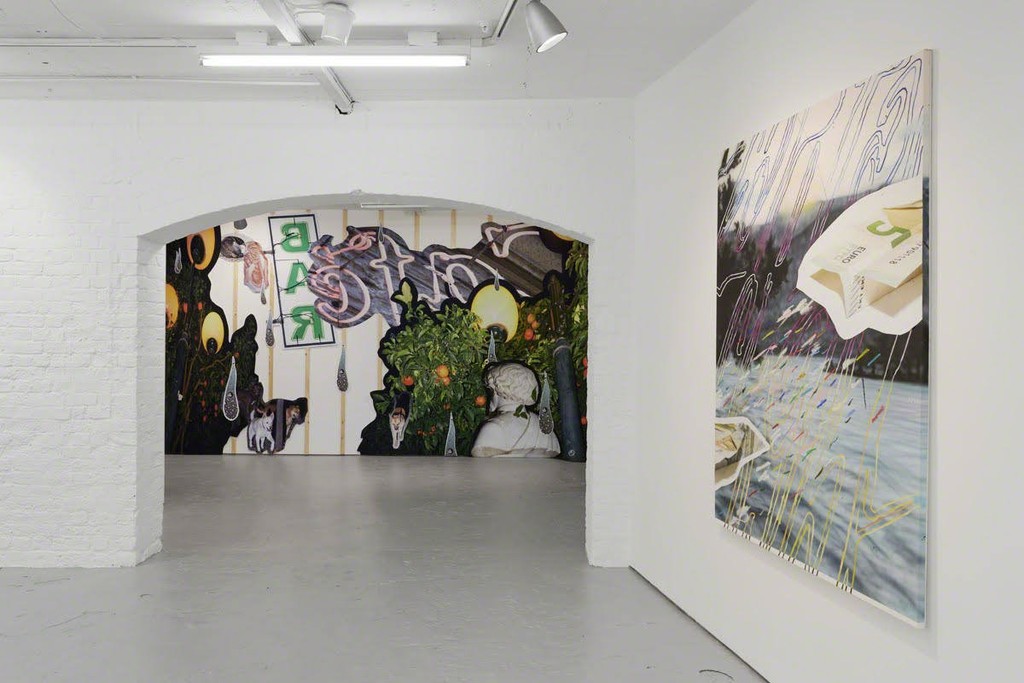 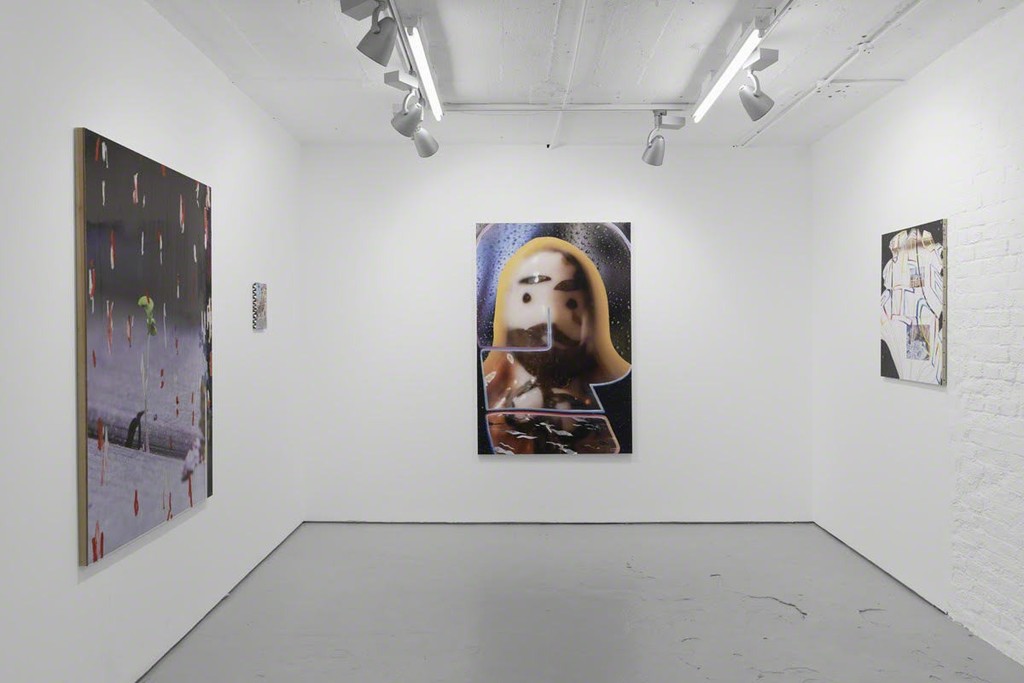 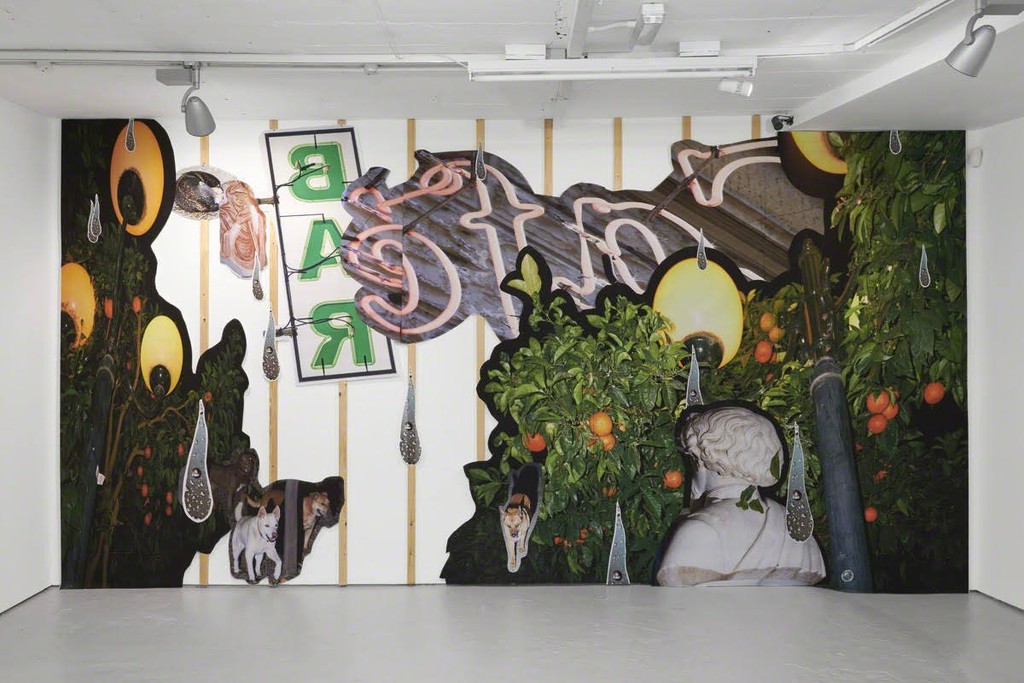 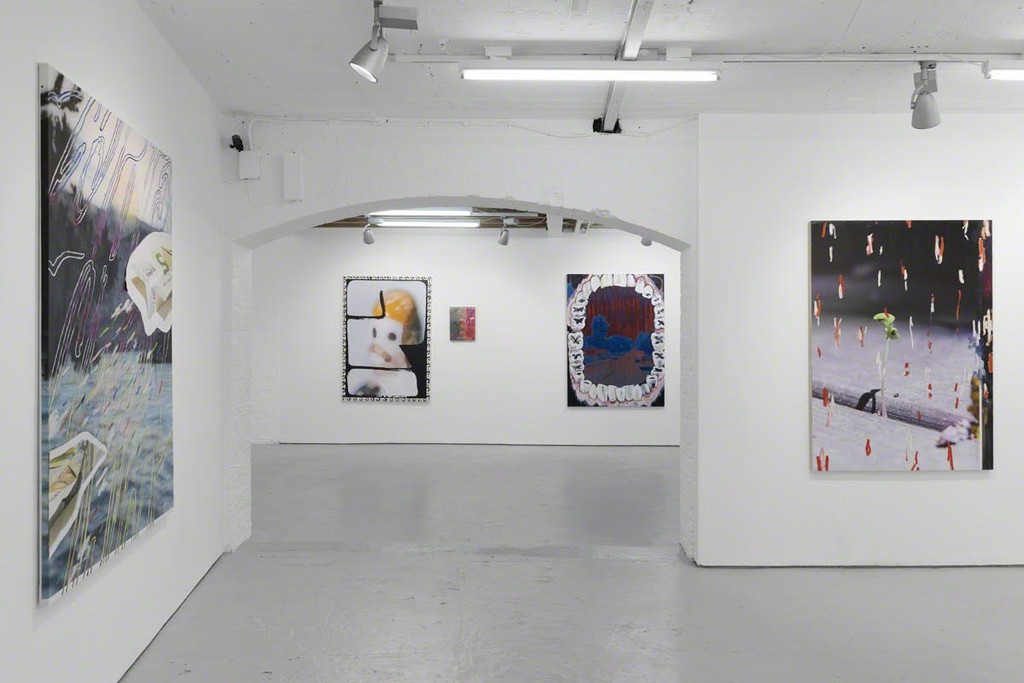 Josh Lilley is pleased to present “Emotional Paintings about Economics”, an exhibition by Jack Burton.
Burton’s practice considers the vertigo inherent in the all-encompassing, top-down view of macroeconomics, a system which tries to model economies on a national and global level in order to inform policy and, by extension, behaviour. Burton represents economic theory in a visual form by employing its metaphors — growth, liquidity, storms, caution and aggression — or using formal and painterly techniques to conjure a feeling of giddiness and confusion about the modern world.

The works in the exhibition are paintings, more or less. Some of them are stickers on windows. Most are photographs with paint on top, or vice versa. Sometimes there is a rain of colour, moving downwards, on top of the surface of the image — part of the picture plane but like something oating in your eye. Other times the paint frames the photograph, holding it carefully, or indifferently.

Burton pursues a particular kind of poetry that comes from the inherent failure of making pictures about something theoretical, abstract, and opaque. From this failure and opacity emerges a group of works that jump, at speed, from one topic or image to another, creating collision and connections. A picture of desperate joy pulls into focus — raw life in a world compromised by control.